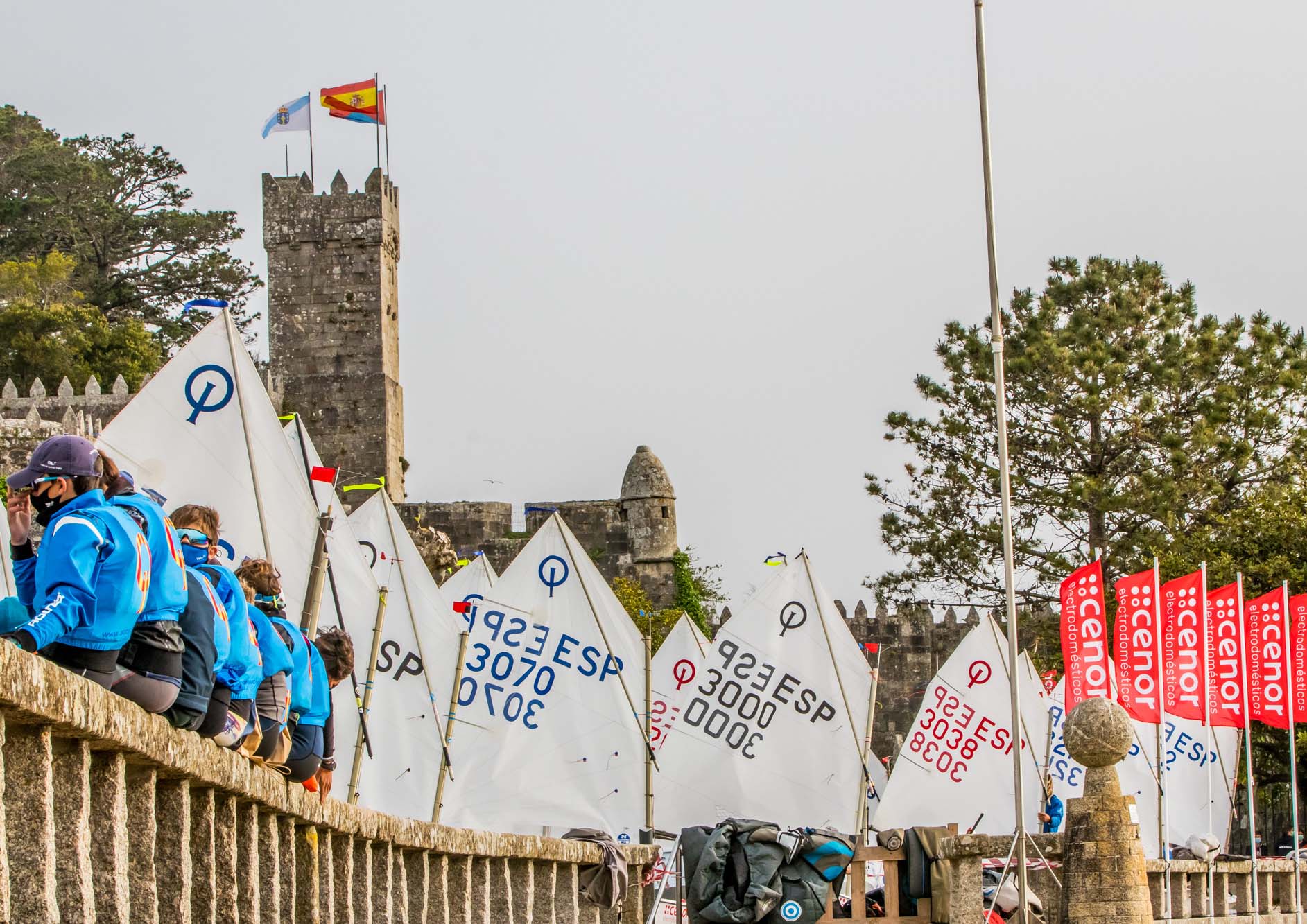 · The regatta committee kept the fleet in the water for several hours in the hope of being able to start at least one race, but the wind did not pick up nor was it strong enough to hold the regatta

· The Spanish Optimist Championship – Cenor Trophy organized by the Monte Real Yacht Club continues tomorrow, Thursday, starting at eleven in the morning with the second of the four scheduled days

The wind did its thing this Wednesday in Baiona (Galicia) and left blank the opening day of the Spanish Optimist Championship – Cenor Trophy, organized by the Monte Real Club de Yates by delegation of the Royal Galician Sailing Federation.

After several hours in the water, the 150 sailors from 10 autonomous communities who were going to compete in the first tests of this national light sailing race returned to land without being able to open the scoreboard.

The regatta committee, with Cristofol Morales at the helm, maintained until the end the hopes of being able to start at least one test with which to open the classification, but the wind did not pick up nor did it pick up enough intensity to celebrate the regatta. Winds were recorded from all four quadrants and, when it seemed that the situation was going to stabilize, half a regatta field was laid, but the attempt was ultimately frustrated.

The opening of a championship that still has three more days on the program was thus watered down and the sights are already set on the weather forecasts for this Thursday, which are announced to be somewhat better. Quite a bit of cloudiness is expected and there is a high probability of rain, even heavy showers, but the wind will blow more intensely, which will make it easier for the Optimists to navigate. If the forecast holds true, it will blow from the southeast in the morning and from the southwest in the afternoon, with between 5 and 8 knots on average and gusts of up to 16.

The start time of the tests is set for eleven in the morning but the clock will be, as always, subject to what happens with the wind. In the water will be the 150 sailors from Andalusia, the Balearic Islands, the Canary Islands, the Valencian Community, Catalonia, Murcia, the Basque Country, Cantabria, Madrid and also the Galicians, who act as hosts.

In dispute, the titles of national champions of Optimist in the categories SUB 16 and SUB 13, and also the Championship by Autonomies, which will reward the territorial federations that obtain the best results.

The 2021 Optimis Spanish Championship is held this year in Baiona organized by the Monte Real Club de Yates by delegation of the Royal Spanish Sailing Federation and thanks to the sponsorship of the Cenor Group.