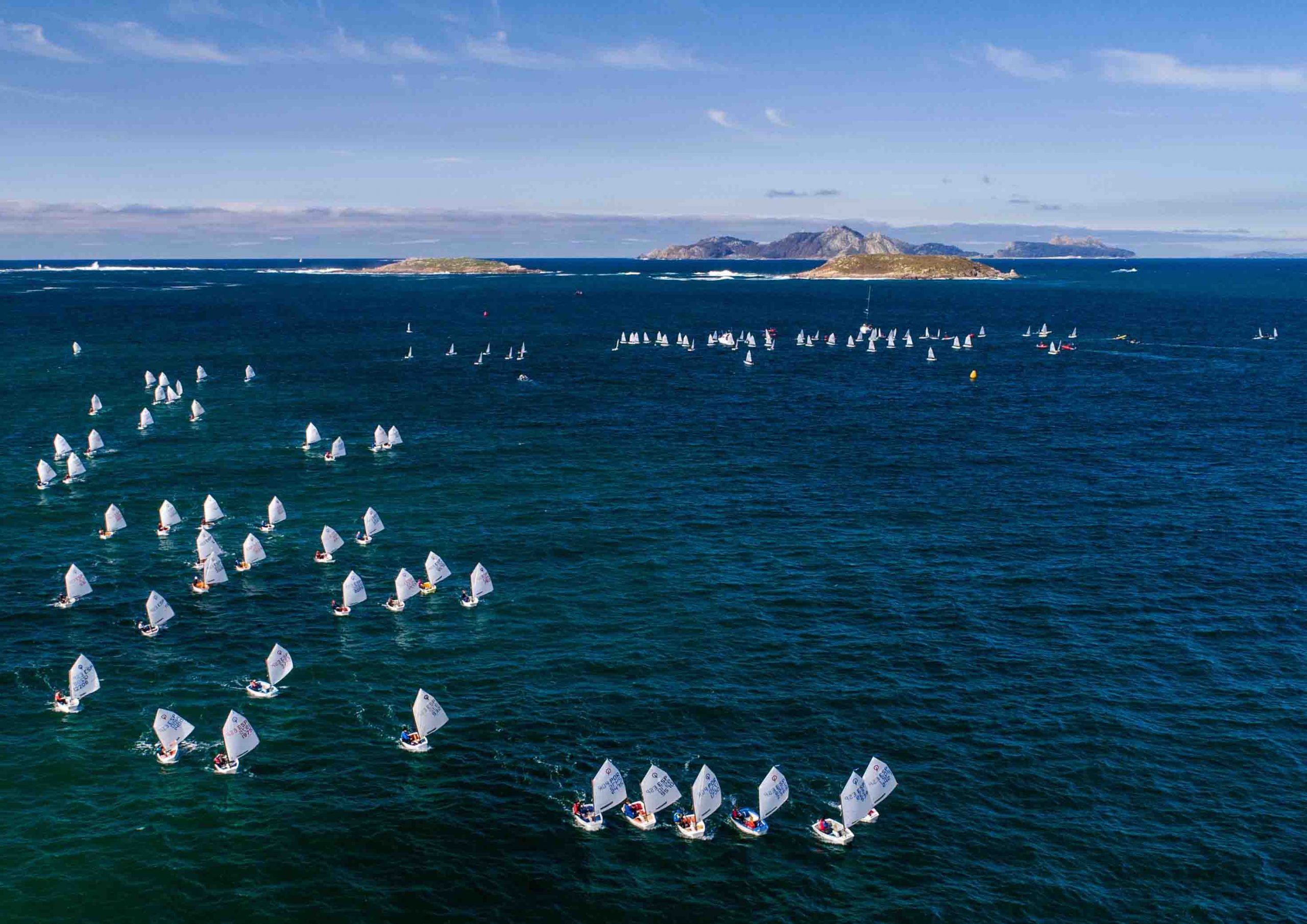 · After two days of registration, control of materials and measurements, tomorrow the first of the four days that will decide the competition will be held

· The Championship for Autonomies is also in contention, which will reward the territorial federations that obtain the best results

Galicia receives, starting tomorrow, Wednesday, the best sailors of the Optimist class in Spain in the national class championship, which the Monte Real Club de Yates de Baiona organizes in 2021 by delegation of the Royal Spanish Sailing Federation and thanks to the sponsorship of the Cenor Group.

More than a hundred young sailors from 10 autonomous communities aspire to win the title of champion in the SUB 16 and SUB 13 categories throughout the four days that the competition will last, which will take place in the Galician Rías Baixas.

After two days of registration, control of materials and measurements, the first regatera day will be held tomorrow, a stage that will begin, if the wind allows it, at eleven in the morning. The weather forecast announces an easterly wind in the early hours and the possibility that it will roll to the southeast as the day progresses, which will be very covered, although no rain is expected. The intensity, between 7 and 10 knots with peaks or gusts of up to 17, should not make navigation difficult for sailors.

The 12 scheduled tests, divided into three per day, will be held in a regatta field located, predictably, inside the Bay of Baiona. It will be a trapezoidal route with beacons that will mark the pace of the sailors until the final arrival, located inside the ring. Its duration will be approximately 45 minutes.

The Optimists will be divided each day into two different groups -blue and yellow- with the aim that they can compete against each other. They will navigate a qualifying series of 9 tests during the first three days of competition; and a final series, of 3 sleeves, the last day of the championship. With the celebration of 2 tests, the championship will already be valid; and on the fourth round completed, sailors will be given the chance to discard their worst result.

Leading the regatta committee will be Cristofol Morales and the sports director of Monte Real, Roy Alonso, will be the safety coordinator. In total, more than thirty people including committees, beacons, sailors, juries, measurers, office staff, security and the press will be in charge of the entire championship operation.

The competition will start this year without the classic opening ceremony, an act in which all the participants used to parade carrying the flag of their autonomous community. COVID19 has forced the organization to implement numerous prevention measures to avoid possible contagion and this ritual has been suspended.

Other actions stipulated in the coronavirus control protocol are taking the temperature of the participants, the separation of spaces by autonomies, the maintenance of safety distances or the obligation to always wear a mask on land (in the water, since sail alone, they will be able to take it off).

In addition to the titles of champions SUB 16 and SUB13, the competition also puts in contention the Championship by Autonomies, which will reward the territorial federations that obtain the best results. In this contest, the first classified of each autonomy and category (SUB 16 and SUB 13) will score and the final general classification will come from the sum of the positions of those sailors.