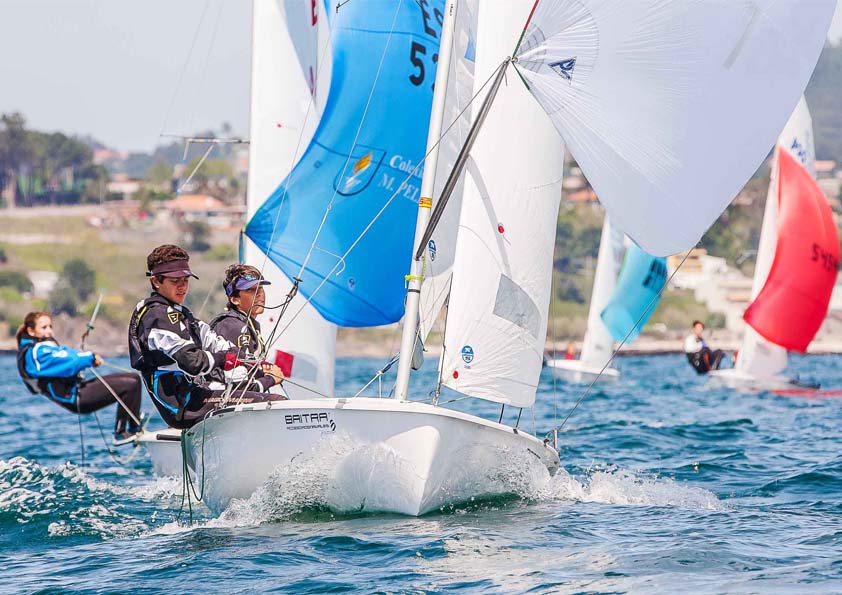 The main yacht clubs in Galicia will move their teams of 420 to Baiona this weekend to compete in the Baitra Trophy, a competition promoted by the Monte Real Club de Yates in which the best sailors in the class will meet.

Among them will be, among others, Martín Wizner from Vigo and Pedro Ameneiro from Pontevedra, who last January were crowned in Fremantle (Australia) as world champions under 17 in the 420 class. We will also see on the water the team formed by Jorge Enríquez and Guillermo Núñez, winners of the previous edition of the Baitra Trophy.

Sanxenxo, Vigo and Rodeira are the clubs that send the most sailors to Baiona, where more than fifty athletes between the ages of 15 and 18 will gather. Teams from Portosín and Oza will also participate in the trophy, as well as from the Monte Real Club de Yates itself.

The participating crews will sail as a fleet and will measure their strength in six regattas that the committee in charge of the organization will distribute, depending on how the weather behaves, between the days of Saturday and Sunday. Today the forecasts indicate that there will be good wind to race, from the north and more than 12 knots of intensity.

At the awards ceremony, scheduled for Sunday at five in the afternoon, the manager of Baitra, Juan Carlos González, will participate, who for yet another year has established himself as one of the main promoters of grassroots sailing in Galicia through sponsorship of different competitions and events.

Also present will be the mayor of Baiona, Ángel Rodal; the president of the Galician Sailing Federation, Manuel Villaverde and several directors of Monte Real.

In addition to having its own classification, the Baitra Trophy, of a classifying nature for the category, will continue to define the 420 ranking of the Galician Sailing Federation.