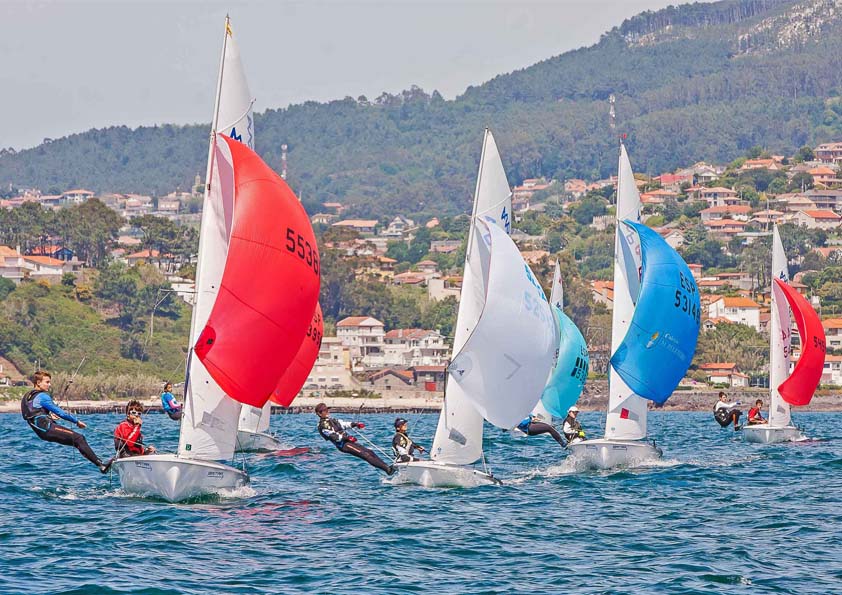 The fishing village of Baiona will once again be the epicenter of dinghy sailing in Galicia with the celebration of a new edition of the Baitra Trophy, a championship organized by the Monte Real Club de Yates with the sponsorship of Baitra Accesorios Navales whose main The objective is, from the beginning, to promote grassroots sailing in the Galician community.

For two days, on Saturday the 17th and Sunday the 18th of February, more than fifty young sailors between the ages of 15 and 18, coming from clubs from all over Galicia, will compete on board the 420 class sailboats. The regatta committee has scheduled six tasks for them on a trapezoidal course that will be placed inside the bay of Baiona, delimited by buoys and visible from the surroundings.

The first three regattas will be held, if the weather permits, on Saturday from half past two in the afternoon, and the last ones will be held on Sunday from eleven in the morning, in order to end the day with the award ceremony around five in the afternoon at the facilities of the Monte Real Club de Yates.

From the organization, the person in charge of the Sailing School of the Baiona club, Carlos Rúa, assures that “behind the trophy there is a very professional team, both at sea and on land, which will guarantee the success of a test that is very important because the participants are the future of sailing in Galicia”.

Wearing a pendant from the organizing club, the teams formed by Nicolás Domínguez and Yago González will participate; and Rosalía Martínez and Sandra Trigo, a female couple who will try to improve the bronze they achieved in the previous edition.

The Baitra Light Sailing Trophy is once again sponsored, once again, by Baitra, a company dedicated to the marketing and distribution of quality naval accessories and equipment, based in Baiona, which has maintained a firm commitment to sailing for years child in Galicia.

12:30 MEETING COACHES AND COMMITTEES
14:30 START OF THE FIRST DAY OF COMPETITION