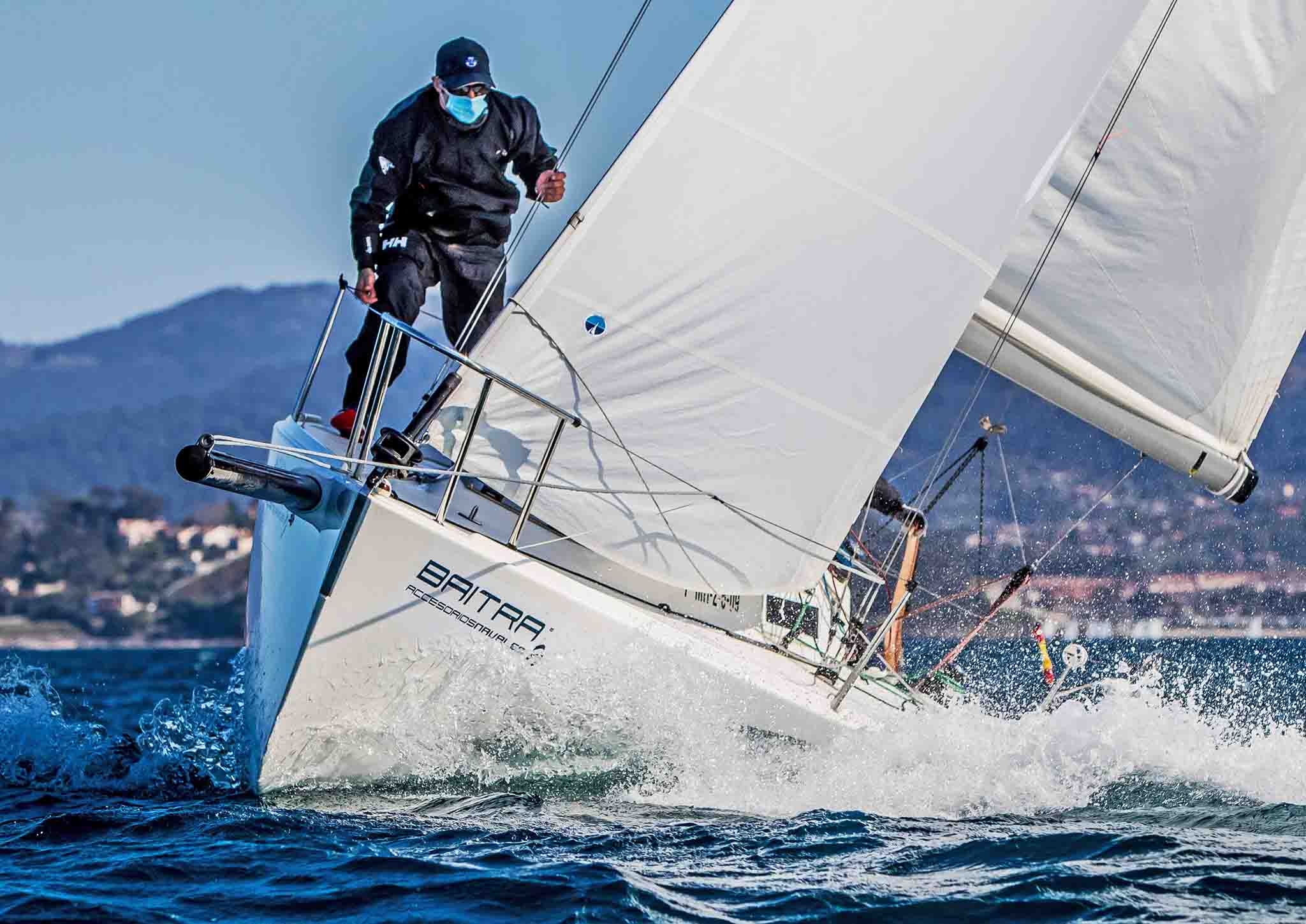 · The winter league for 8-meter monotypes is the first event in the Monte Real Club de Yates regatta calendar, which this year includes 12 competitions distributed between January and December

Nearly twenty sailboats will compete from this Saturday until April 2, the six days that include the championship sponsored by Baitra Accesorios Navales

In addition to the regattas and with the sights set on the Spanish and World Championships, which will be organized by the MRCYB, the days of regatta will also include group preparation, boat preparation and strategy briefings

The Monte Real Club de Yates inaugurates its 2022 sports calendar this Saturday with the celebration of the first day of the Baitra J80 Winter League. The 8-meter monotypes are once again the protagonists of a championship that will be held in six stages until next April.

With three races per day, the nearly twenty participating sailboats will compete in a total of 18 regattas, which may be of the windward-leeward type, with two upwind and two stern; or coastal, with routes to be determined each day of competition. In what all the days will coincide will be at the start time, at three in the afternoon; and in the location of the outlet, inside the Bay of Baiona.

In liza we will see about twenty boats, mainly from the Monte Real Club de Yates, which has the largest J80 fleet in Galicia; but also from Coruña (Miguel Fernández’s La Galera), Portosín (Rafael Blanco’s Due) and Bouzas (Juan Martínez Pazó’s ¡Ay Carmela!).

Javier de la Gándara’s Okofen and Manel Cunha’s Marías, both from the MRCYB, will go out on the water ready to revalidate their champion titles from the previous editions of the Winter League and the Autumn League, respectively. They will be seen with other crews that usually end up either on the podium or just touching it, such as Juan Carlos Ameneiro’s Alboroto, Alejandra Suárez’s Cansino, Castor Alonso’s Maija, Santiago Estévez’s Spaco, Bernardo Macedo’s Mondo or the Namaste by Luis de Mira.

In addition to the regattas, and with the sights set on the Spanish Championship of the class to be held in September in Baiona and the World Championship that Monte Real will organize in 2023, the regattas will include group training sessions, preparation of boats and strategy briefings before and after the competition. The goal is for the Galician fleet to arrive at the national and world events as prepared as possible.

Baitra repeats its sponsorship of the event for the second consecutive year, a company dedicated to the marketing and distribution of accessories and naval equipment aimed at the construction and repair of boats, both sports and professional.

The Baitra J80 Winter League is the first of the 12 competitions that Monte Real will organize this year in Baiona. The highlights of the season will arrive in May and September with the celebration of the 52 SUPER SERIES · Baiona Sailing Week and the Spanish J80 Championship. The Baionese club will also compete in the Galician A Dos Championship (June 11), the Final of the Women’s National Sailing League (October); and its four great classics: the Prince of Asturias Trophy (September 2-4) with the National Sailing Awards, the Conde de Gondomar Trophy (July 22-25), the Repsol Trophy (April 29-May 1) and the Comunica Trophy (April 23). The Monte Real sports calendar is completed with a Laser class qualifier (November 5-6), the J80 Autumn League (October-December) and a Route through the Rías Baixas (July 5-10).