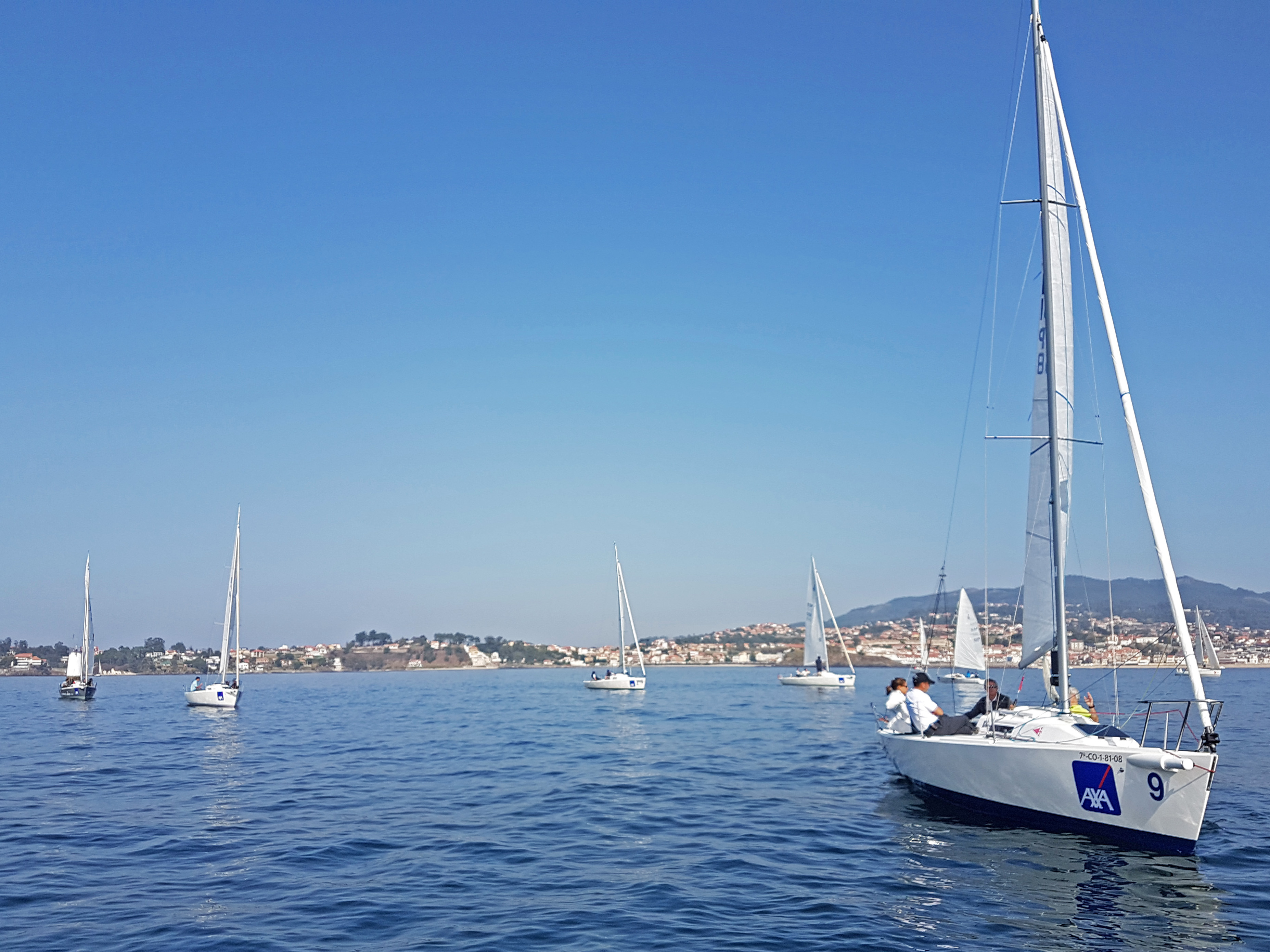 Baiona, October 14, 2017.- Eolo was the undisputed protagonist of the first day of the AXA J80 Autumn League, which was going to be held this afternoon in Baiona but finally had to be canceled due to the lack of wind in the bay. .

The weather forecasts were fulfilled and after staying afloat for more than two hours, and given the impossibility of establishing a regatta field with the minimum conditions to compete in the competition, the regatta committee decided to send the sailboats back to port.

The participating monotypes, including a large part of the J80 fleet of the Monte Real Club de Yates, will return to the water next Saturday, October 28, for the second of the four scheduled days in the championship.

The event will coincide with the celebration in Baiona of the Galicia Atlantic Destination European nautical tourism summit , an event that will address the current and future challenges of nautical tourism, paying special attention to the situation in Galicia.

Promoted by the Xunta de Galicia through the Galician Tourism Agency, Portos de Galicia and the Monte Real Yacht Club, the The summit will be held on October 27 and 28, and it will be attended by representatives of the main nautical clubs and associations in Europe, as well as journalists from different countries.