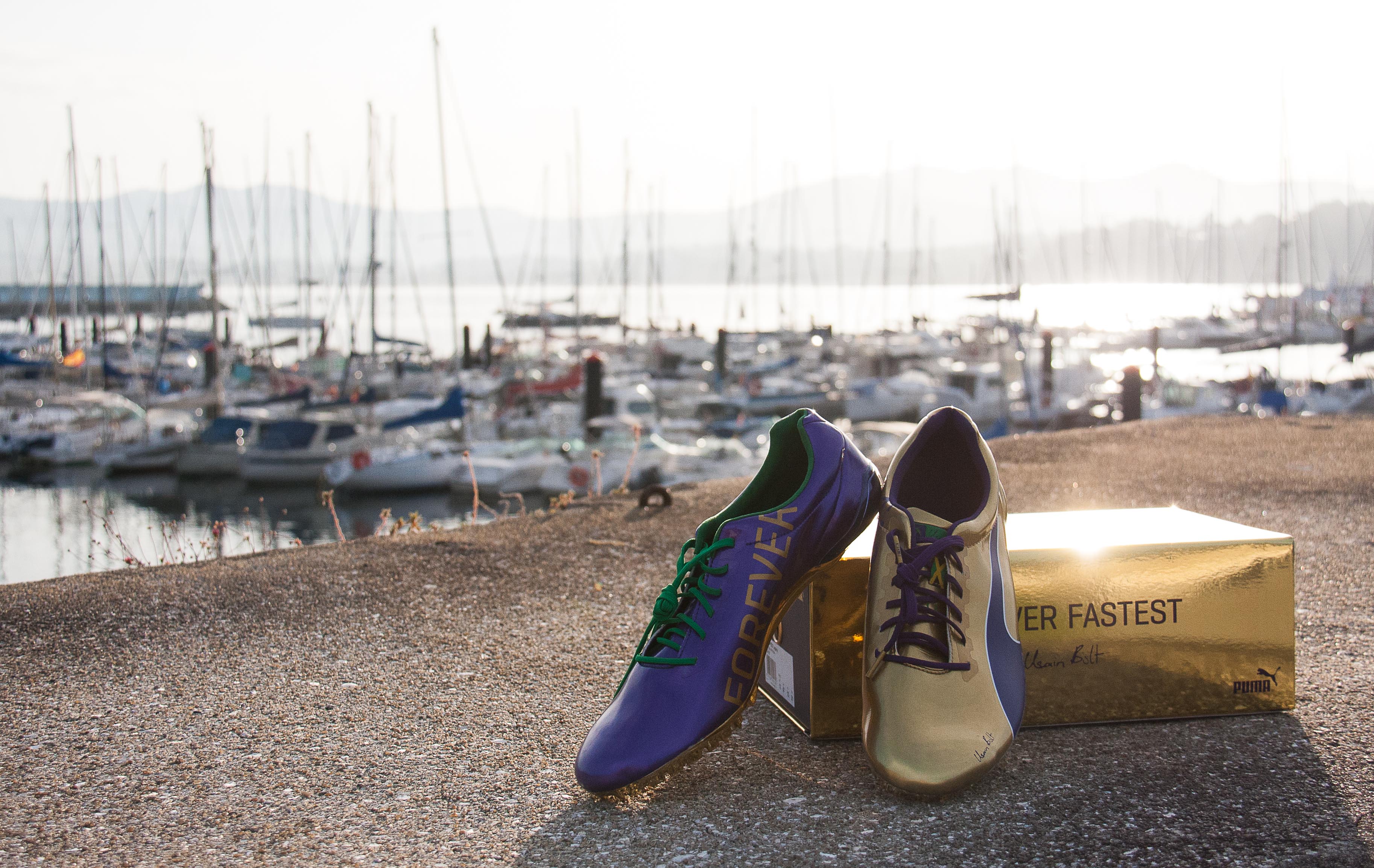 Baiona, August 27, 2017.- The Solidarity Vertiathlon organized by the Monte Real Yacht Club to raise funds for its Adapted Sailing School for people with disabilities will have a very special claim in the 2017 edition, sneakers signed by Usain Bolt, a replica of the ones he used in his farewell to the tracks this summer at the World Championships in Athletics held in London.

The boots of the eleven-time world champion and eight Olympic champion will be raffled among all the participants of the triathlon that will be held on September 16 in Baiona. A test in which they must swim 750 meters in the waters of the bay, pedal almost 20 kilometers through the streets of the fishing village and run 5 kilometers around the historic National Parador.

The Bolt Legacy Spikes , as these limited edition shoes are called, were created exclusively for the athlete’s last race and their design summarizes much of the trajectory of ” the lightning bolt “. The right boot is purple and green, the colors of the school where Bolt started running; and it has engraved the word “Forever” and the Alpha symbol, representing the beginning of his career. The left boot, in gold, has the word “Fastest” engraved and the Omega symbol, representing the end. The tongue bears Usain’s signature and is embossed with his classic pose, as well as the flag of Jamaica, where he hails from.

The third edition of the Baiona Solidarity Vertiathlon will be held on September 16 and the registration period is now open. The amount that is collected with the inscriptions will go entirely to the Monte Real Adapted Sailing School, whose main objective is to bring people with any type of disability closer to the sea, so that they can sail under equal conditions, in facilities without barriers. and on board adapted boats.

More than 200 people from different parts of Galicia participated in the last edition of the Solidarity Vertiathlon, which allowed them to raise, with their registration fees, nearly five thousand four hundred euros. The winners were Jacobo Crego, from the Vedra Olympian, in the men’s absolute category; and her clubmate, Aida García, in the women’s category. 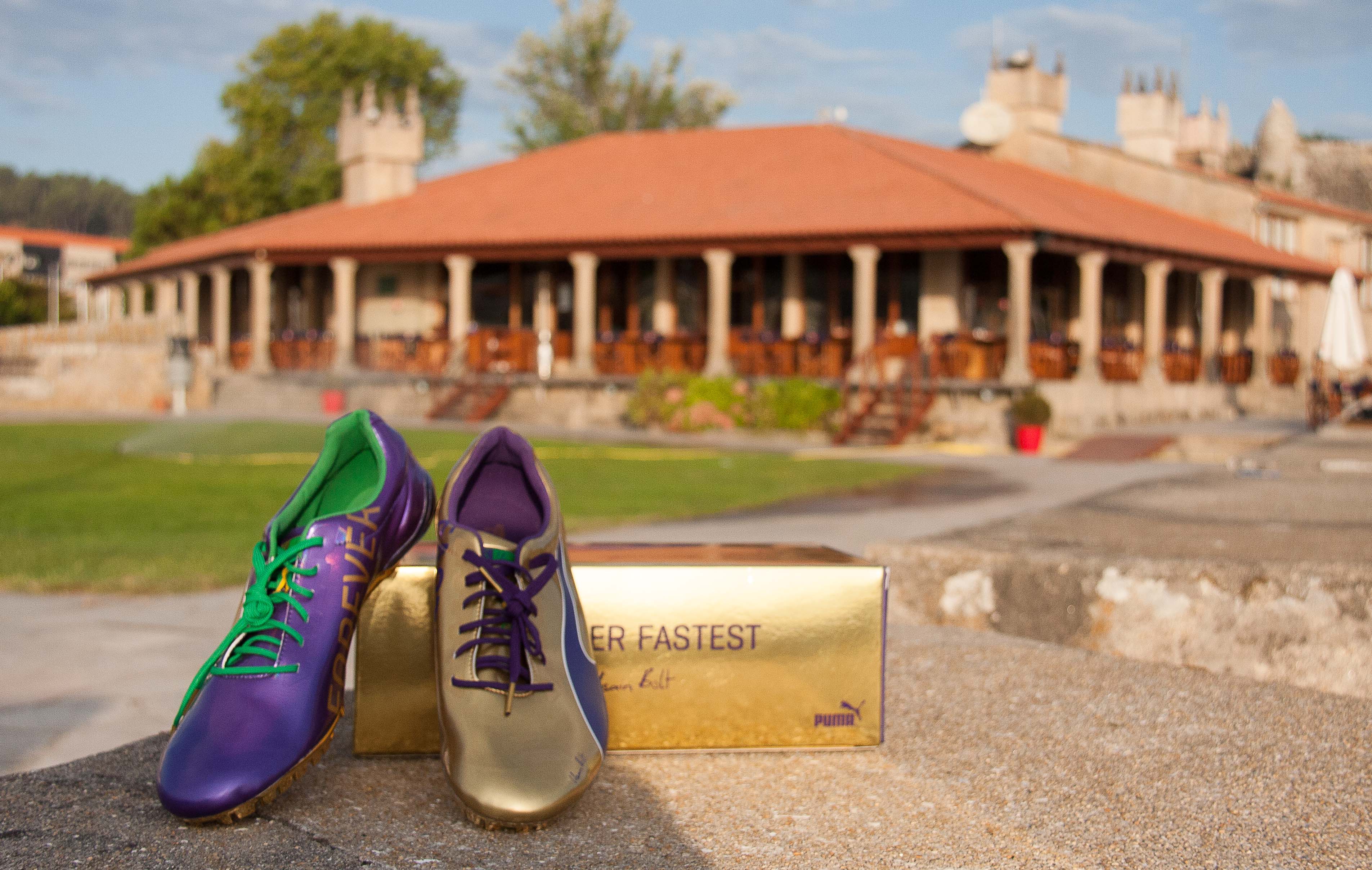 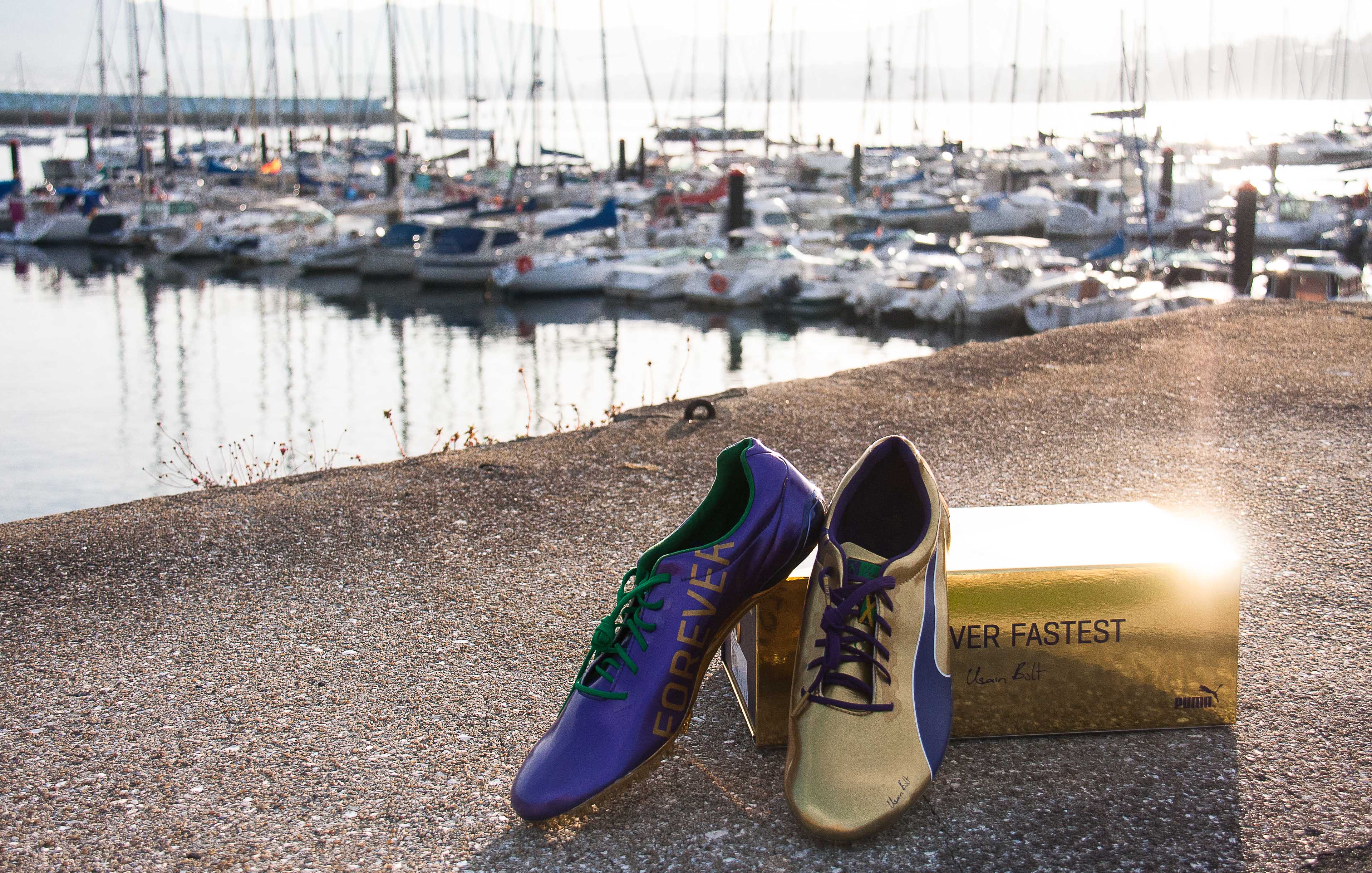