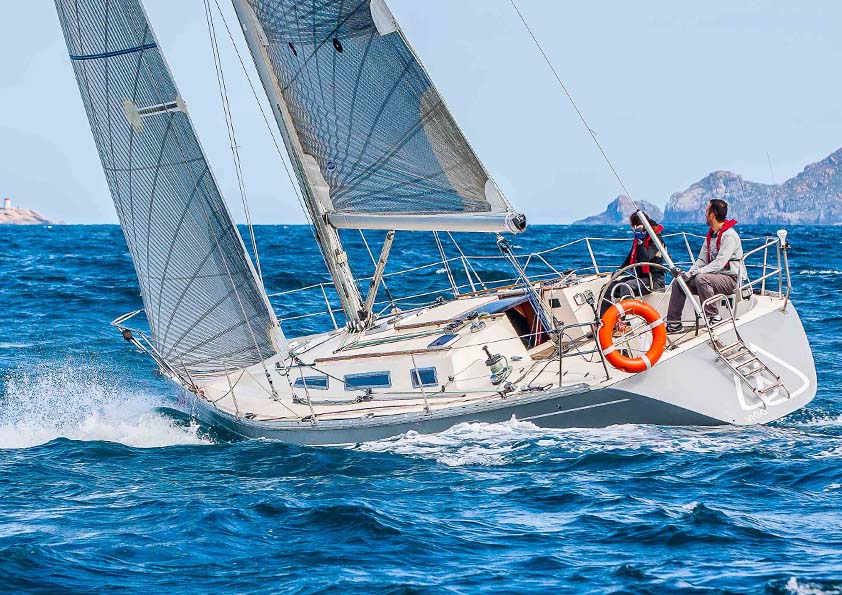 Twenty boats will fight tomorrow, Saturday for the Galician Solitary and Two-handed Championship in a route that will take the contenders for the regional title through different points of the Rías Baixas. After hearing the starting honk in front of the Monte Real Club de Yates, inside the bay of Baiona, the participating sailboats will have to face a route of about 30 miles, in which the good work of some teams will be put to the test reduced to the maximum.

Two of the most emblematic areas of the Galician coast, the Cíes and Ons Islands, belonging to the Atlantic Islands National Park, will be spectators of the passing of the boats starting at noon, on a fairly clear day, with a pleasant temperature and little sea , with the wind blowing at an average of 12 knots.

With these weather forecasts, which are good for sailing, it is expected that the regatta will proceed quickly and that the fastest boats will begin to cross the finish line, in Baiona, from six in the afternoon. The competition can be followed live on computers, mobile phones or tablets thanks to an application that will show the exact position of the sailboats at all times through the eStela program .

Among the participants, there are three clubs that stand out for their number of representatives. They are the Monte Real Club de Yates, organizer of the test by delegation of the Royal Galician Sailing Federation; the Real Club Náutico de Vigo and the Club Marítimo de Bouzas.

For Monte Real will compete the Fend la Bise by Jean Claude Sarrade and André Amorin, current Galician solitaire champions and doubles; the Q Talent Consultants , by Javier Rey and Jorge Justo, the Abal Abogados by Mariano Dios and Lucas Martínez, and several monotypes from the club’s J80 fleet, such as the Tired of Fernándo Yáñez and Ignacio Sánchez Otaegui, the Virazón of Willy Caamaño and Juan Lago, the New Moon by Juan Luis Tuero and Rogelio Torres, the Namasté by Luis de Mira and Javier Torroja, the Marias by Manuel Maria and Diogo Pontes and the SND Cormorant by Pablo Cabello and Francisco Javier Martínez.

The Liceo Marítimo de Bouzas will be represented by the Smaku by Alfonso Rodríguez, Furaventos by Fabián Conde and Ay Carmela! By Juan Martínez Pazó and Rafael Martínez Almeida; and for the Real Club Náutico de Vigo will run the Salaño Dos by Jacobo Vecino and Brenda Maure and the Juliana de Vicente Cid and Javier Miguez.

From the Real Club Náutico de A Coruña, La Galera by Jaime Alberto García and Argos by Ricardo Beltrán and Álvaro Sánchez will go down to Baiona to compete; and from the Real Club Náutico de Portosín, José María Peinó and Ramón Quiroga, at the Gaiás Clinics . And on board the Menudeta , of the Punta Lagoa Boat, we will see the couple formed by Victor Carrión and Ana Sardiña, regulars in this type of competition and one of the contenders for the title.

The Galician Solitaire and Two-Handed Championship, which is held as part of the Inserimos Trophy, will end at nine o’clock at night with the awards ceremony for the winners, in an act that is expected to be attended by the widow of the historic president of the Monte Real, Don Rafael Olmedo Limeses, to whom the competition is dedicated.