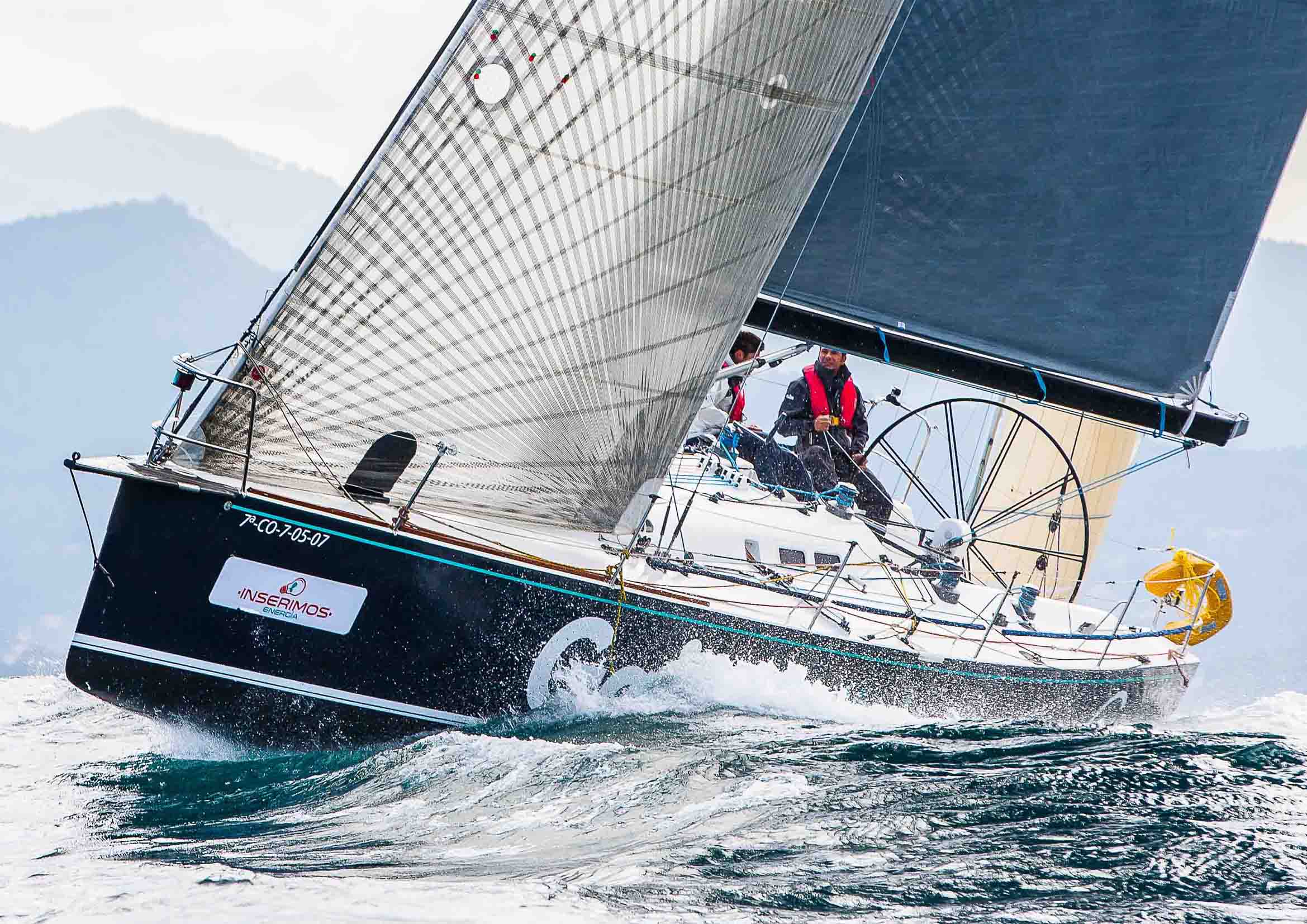 Once again this year, the Monte Real Yacht Club will organize the Galician Solitaire and Two-Handed Championship, which will be held next Saturday in the waters of the Rías Baixas, sponsored by Inserimos Energía and dedicated to the man who was president of the club for more than 40 years. years, Don Rafael Olmedo Limeses.

This is the seventh consecutive year in which the Royal Galician Sailing Federation has entrusted the Baionese club with the organization of one of the most exciting and complicated regattas of the sailing season in Galicia due to its navigation requirements, since the participating sailboats can only carry a maximum of two sailors on board.

Reduced to the maximum to deal with strategy and manoeuvres, the crews will compete in a round trip, between 25 and 35 miles, between the bay of Baiona and the Lighthouse of Camouco, on the island of Ons. Although the final route will be defined based on the weather conditions of the day, the Carallones and La Negra beacons, and the Dos Viños islet, in the Cíes Islands archipelago, will foreseeably be obligatory steps for the fleet.

Among the already confirmed participants will be the current champions, Jean Claude Sarrade and André Amorín, who will try to revalidate the title aboard the Fend la Bise of the Monte Real Club de Yates.

Also haggling for the organizing club will be Fernando Yáñez and Ignacio Sánchez Otaegui aboard Cansino , Willy Caamaño and Juan José Lago aboard Virazón , Juan Luis Tuero and Rogelio Torres aboard Luna Nueva , and Luis de Mira and Javier Torroja aboard Namasté , among others . others.

The Real Club Náutico de Portosín will be represented by the Clínicas Gaias by José María Peinó, the Club Náutico Castrelo de Miño by La Burla Negra by Juan José Martínez, and the Liceo Marítimo de Bouzas by Smaku by Alfonso Rodríguez. The Real Club Náutico de Vigo have already registered to participate in Salaño Dos by Jacobo Vecino and Brenda Maure, and El Juliana by Deep Blue by Vicente Cid and Javier Míguez.

The competition will begin at 11 am next Saturday, June 2, in the bay of Baiona, from where the regatta committee, which will be chaired by Fernando Giraldo for another year, will honk the starting line for the coastal race. The Galician Solitaire and Two-Handed Championship will end with the awards ceremony for the winners, that same Saturday at nine o’clock at night, at the Monte Real Yacht Club facilities.

In addition to competing for the regional title, the Inserimos Trophy and the IV Rafael Olmedo Memorial Cup, the participants will score points for the Rías Baixas de A Dos Circuit, a new competition created this year by Monte Real, the Real Club Náutico de Portosín, the Nautico de Portonovo and the Liceo Marítimo de Bouzas. The last scoring event on this circuit was the Volta ás Cíes Regatta, which was held last weekend with the victory of Víctor Carrión and Ana Sardiña ‘s Menudetta.

20:00> Meeting of skippers (at the Monte Real Club de Yates)