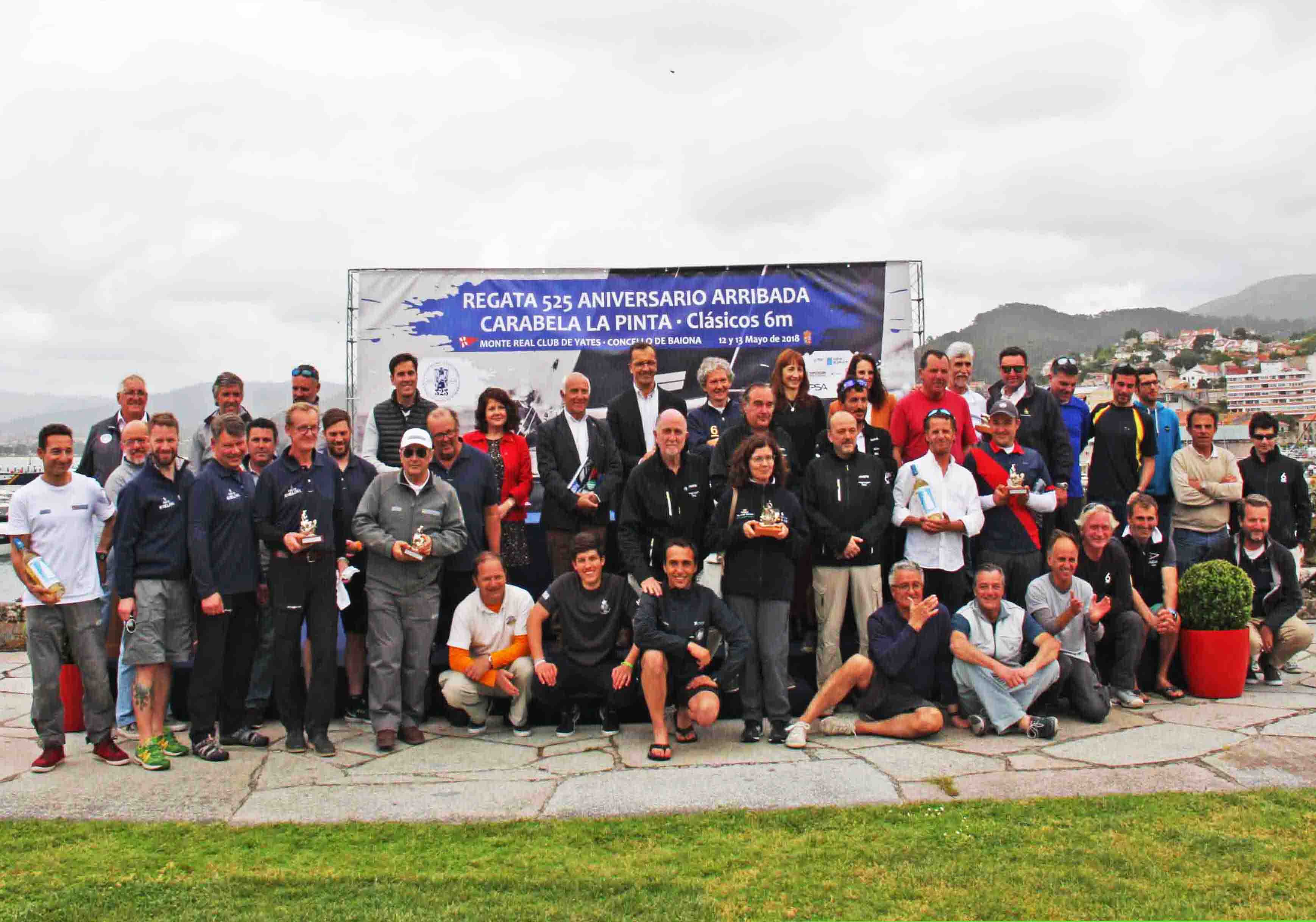 The Bribón Movistar Clásico of the Real Club Náutico de Sanxenxo, skippered by the Santander Olympic medalist Jane Abascal, and the Evelina , from the Finnish club Nyländska Jaktklubben, with Henrik Andersin in the lead, won the two golds that were shared out this Sunday in the 525th Anniversary Regatta of the Arrival of the Caravel Pinta.

Both crews reached the last stage of the competition as leaders and were able to seal the classification on a day that offered the international 6-meter fleet enviable conditions for sailing, without rain, with little sea and a wind that started from the first moments, both in direction and intensity.

In the category of the oldest boats, the Bribón Movistar Clásico of the Real Club Náutico de Sanxenxo, with Abascal at the helm, was undoubtedly the best. He signed three first places in the four contested races, and only let himself be snatched one sleeve by the Mena de Violeta Álvarez, of the Royal Yacht Squadron (Cowes, United Kingdom) who, despite completing a very good regatta, had to settle for silver . The bronze went to the Titia of the President of the Spanish Association of 6 meters, Mauricio Sánchez-Bella, who gained momentum on the final day and rose from fifth position to third.

After receiving the grand prize of the competition from the General Secretary for Sport of the Xunta de Galicia, Marta Míguez, Abascal took stock of the regatta. It was, according to the Olympian, “an exceptional weekend, with incredible sailing conditions, a perfect wind and great organization from Monte Real, which I am very fond of because they always make me feel at home”. 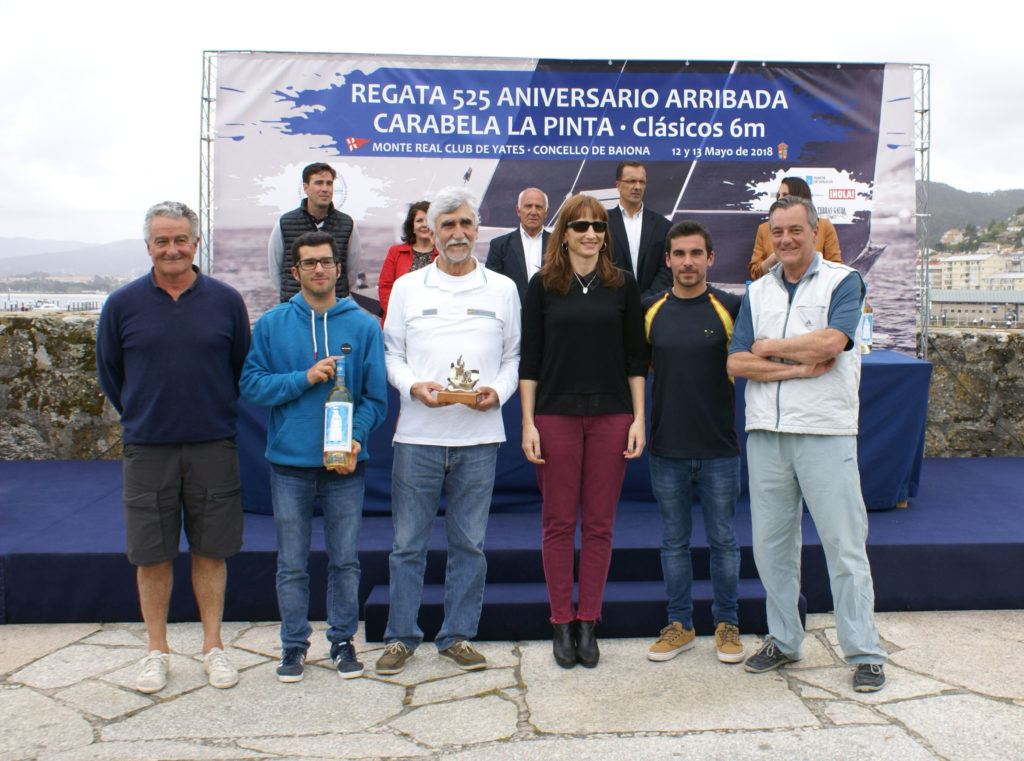 In the other category in contention, the Modern 6m Open, the victory went to Henrik Andersin’s Evelina , from Nyländska Jaktklubben. The Finns showed what they are capable of on the water and crossed the finish line three times as first. 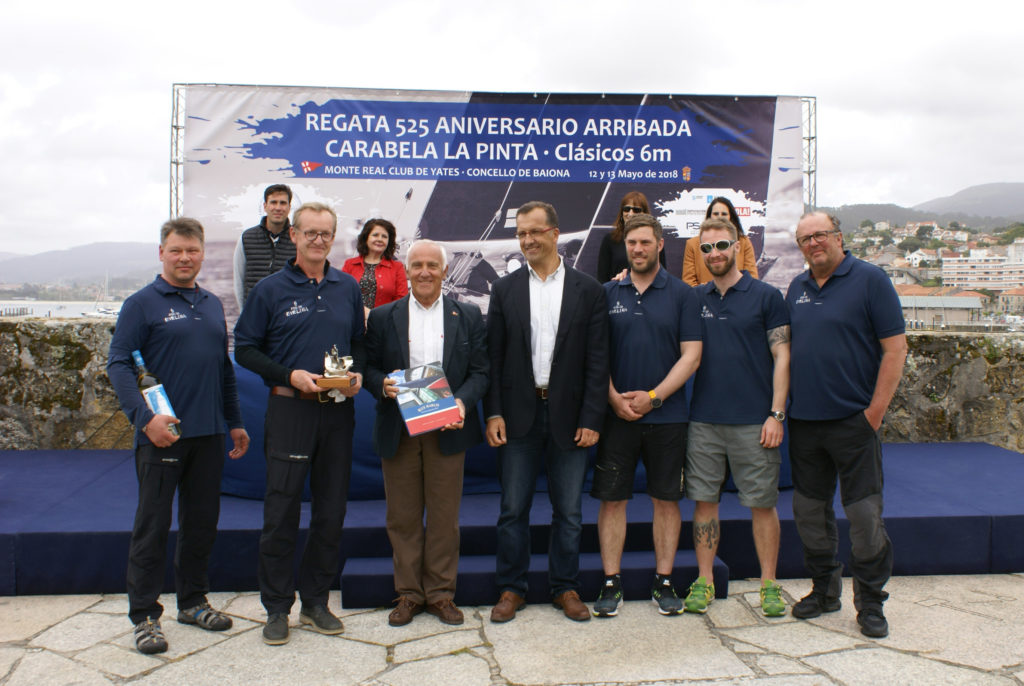 He only managed to beat them, on one occasion, the Rogue Movistar by Pedro Campos, from the Real Club Náutico de Sanxenxo, who passed his first tests in competition with flying colors after the remodeling carried out on the sailboat. The boat sailed today with different sails than those of the first day, older but more similar to those that the sailboat will finally have, and tomorrow it will return to the Rodman shipyard for some small readjustments for the next regattas. The May Be XIV of the Real Club Náutico de Cartagena completed the podium of winners of the Open category taking the bronze of the competition.

Once the 525th Anniversary Regatta of the Arrival of the Caravel Pinta in Baiona has finished, the 6-meter fleet established two years ago in Sanxenxo will continue to prepare for the European Championship, which it plans to attend from September 3 to 6 at the French town of La Trinité. Previously, from July 28 to August 4, the 6m will participate in the 37th Copa del Rey MAPFRE, which this year included them, in its classic and modern divisions, as an invited class.

If the recovery of King Juan Carlos from his knee operation progresses as expected, the monarch emeritus, who could not be present this weekend at the Baiona competition due to medical recommendation, will attend both competitions aboard the new Rogue Movistar , with whom his team hopes to achieve great results. Let us remember that last year, in the Bribón Movistar Clásico , Don Juan Carlos was proclaimed world champion of the class in Vancouver.

Meanwhile, the Monte Real Club de Yates will continue with its 2018 sports calendar, which has as its next appointment the Galician Solitaire and Two-handed Championship. The regatta, which will be held on June 2 in the Rías Baixas, will once again be the Rafael Olmedo Memorial in honor of the man who was president of the club for more than 40 years.

REGATTA 525 ANNIVERSARY OF THE ARRIVAL OF THE CARABELA PINTA