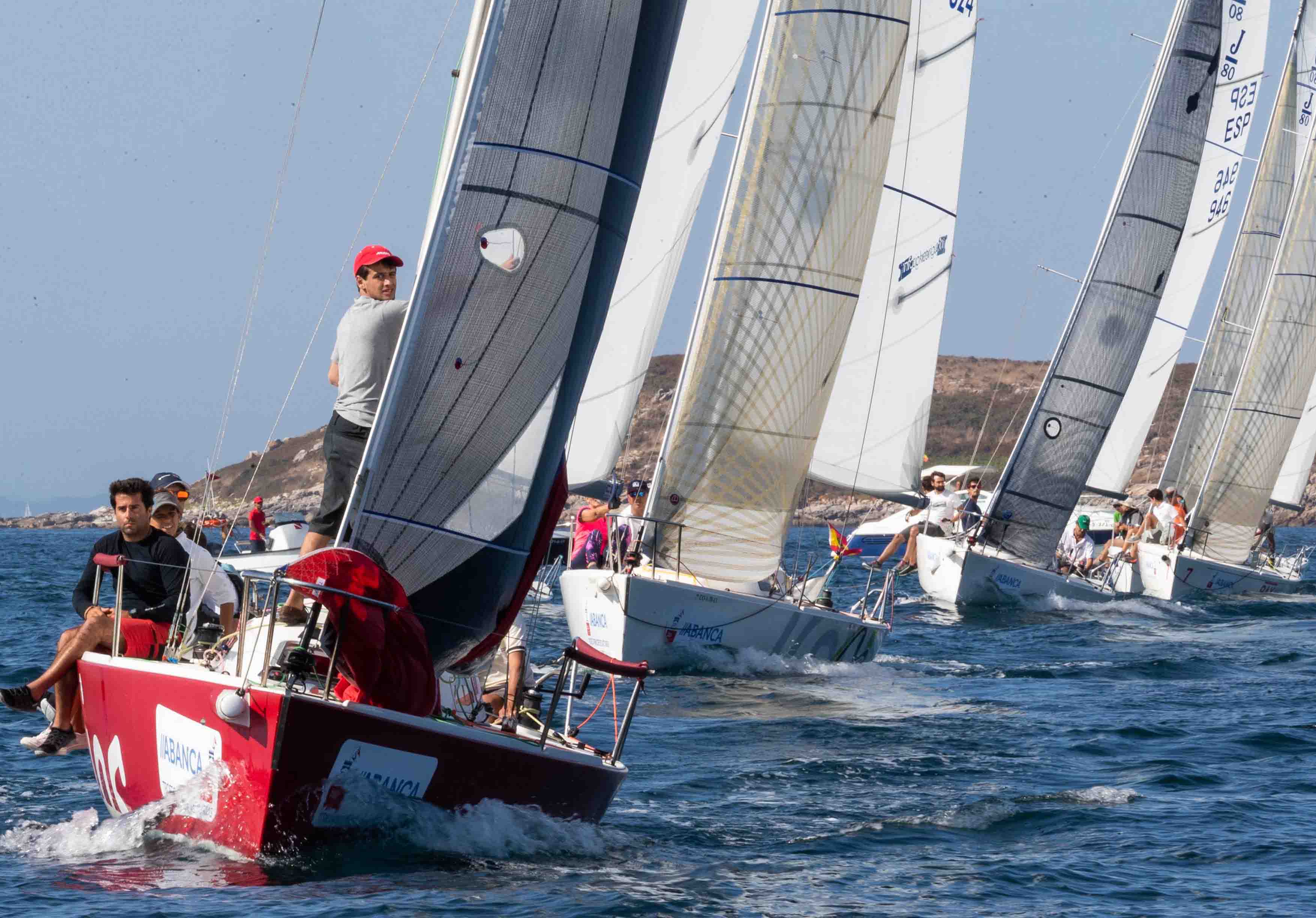 · The thirty-third edition of the Prince of Asturias Trophy raised the curtain this Friday in Baiona on a stage in which the wind wanted to be the protagonist, leaving the regatta of the big boats blank and complicating the navigation of the monotypes

· In the Solventis J80 class, Javier de la Gándara’s Okofen took the lead and in the ¡HOLA! Ladies Cup the victory of the day went to the girls of HELLO! Fashion of the Real Club Marítimo de Santander led by Magdalena Czernik

· The trophy organized by the Monte Real Club de Yates and the Naval Military School continues tomorrow, Saturday with the second day of competition and the entire fleet is already in the water to compete in several tests in the Rías Baixas 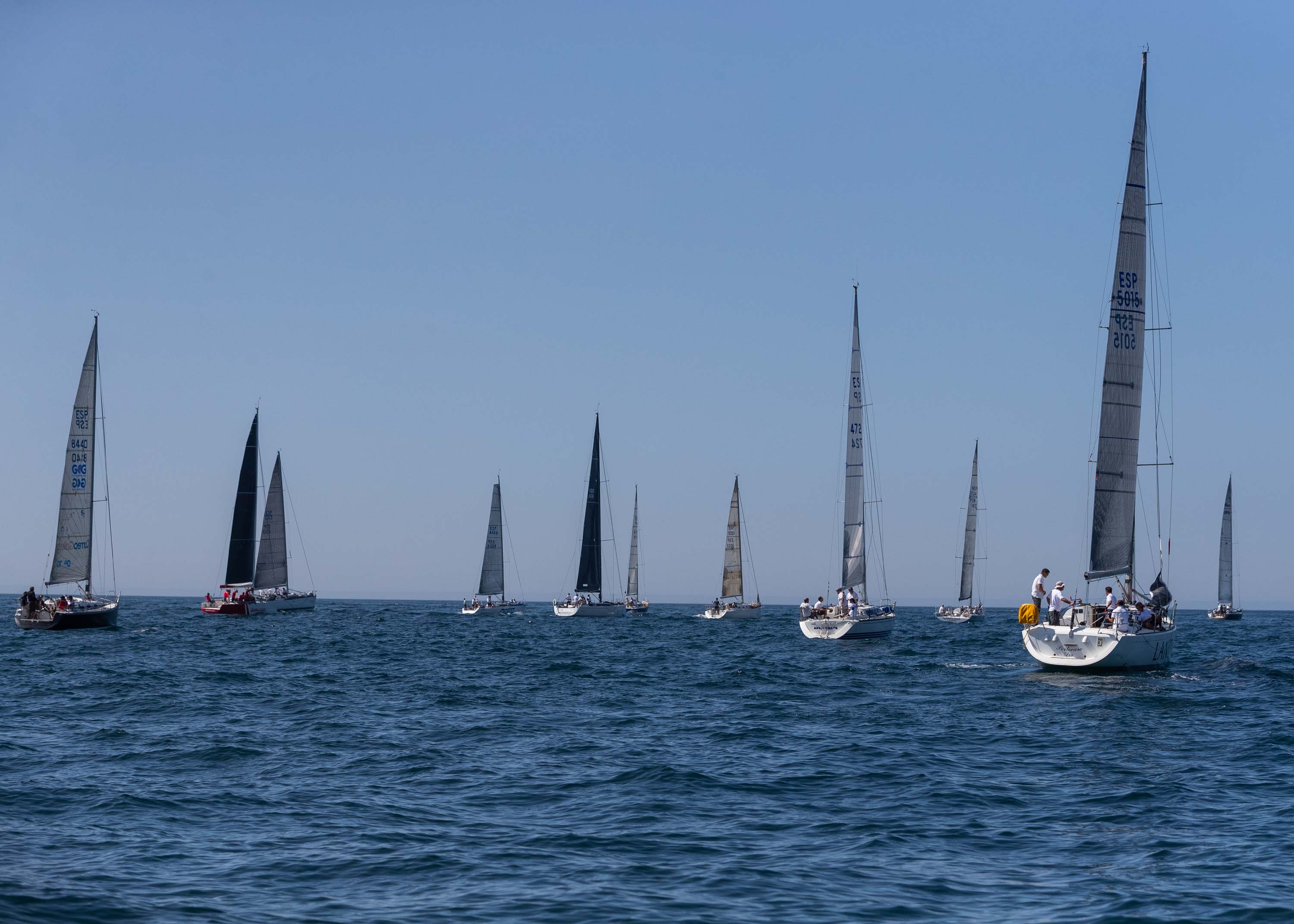 The thirty-third edition of the Prince of Asturias Trophy organized by the Monte Real Yacht Club and the Naval Military School raised the curtain this Friday in the Rías Baixas marked by the vagaries of the wind. Eolo wanted to be the protagonist of the opening day and left the large sailboats blank, which could not compete in any test. 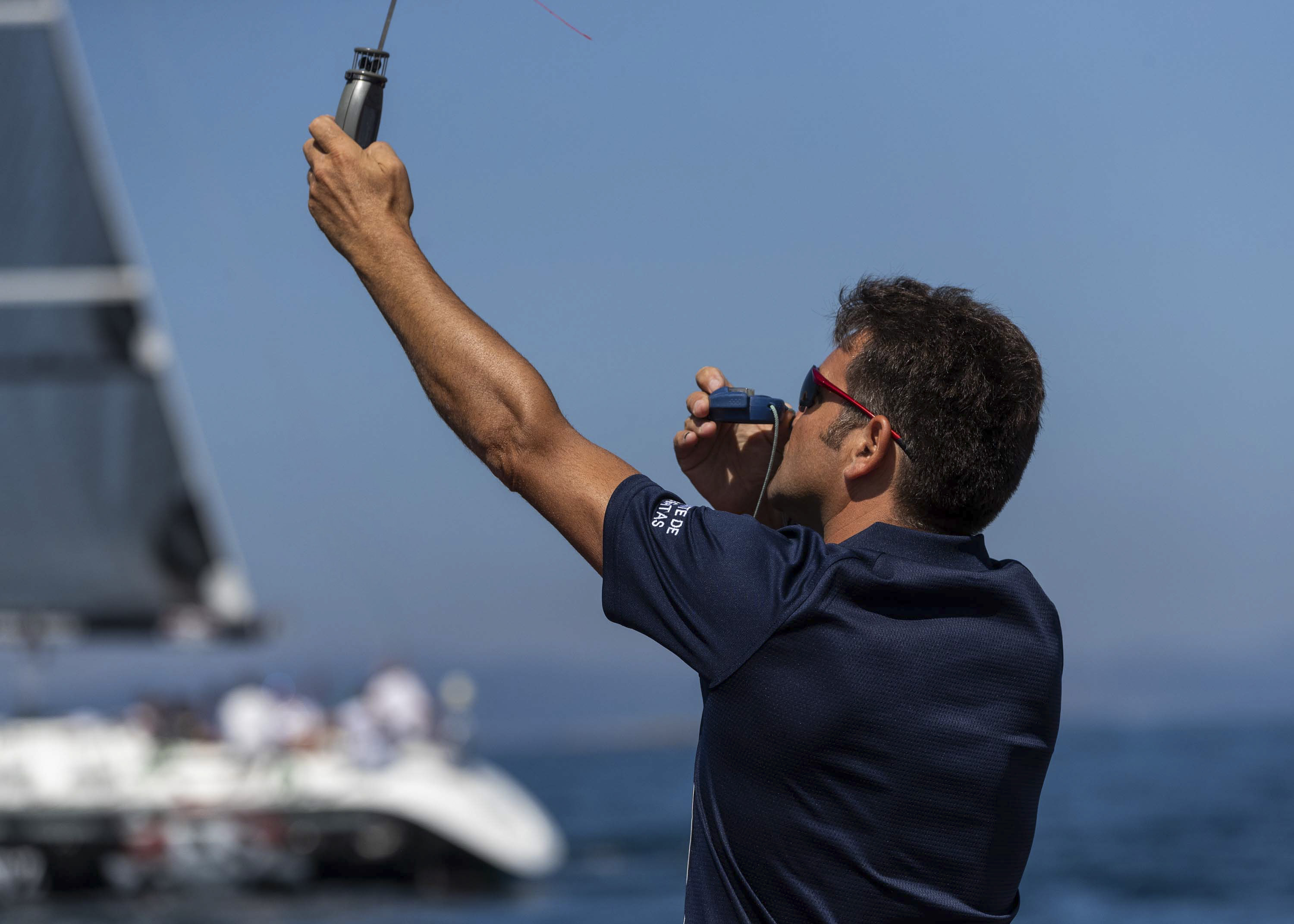 The regatta committee had designed for them a coastal one starting from the interior of the Bay of Baiona, routed to Subrido and back, but the wind, very shifty and with hardly any intensity, played a trick on them and did not give them the opportunity to put your plans in motion. They moved towards the outside in search of more favorable conditions but instability continued to be the trend and finally it was decided to suspend the regatta. 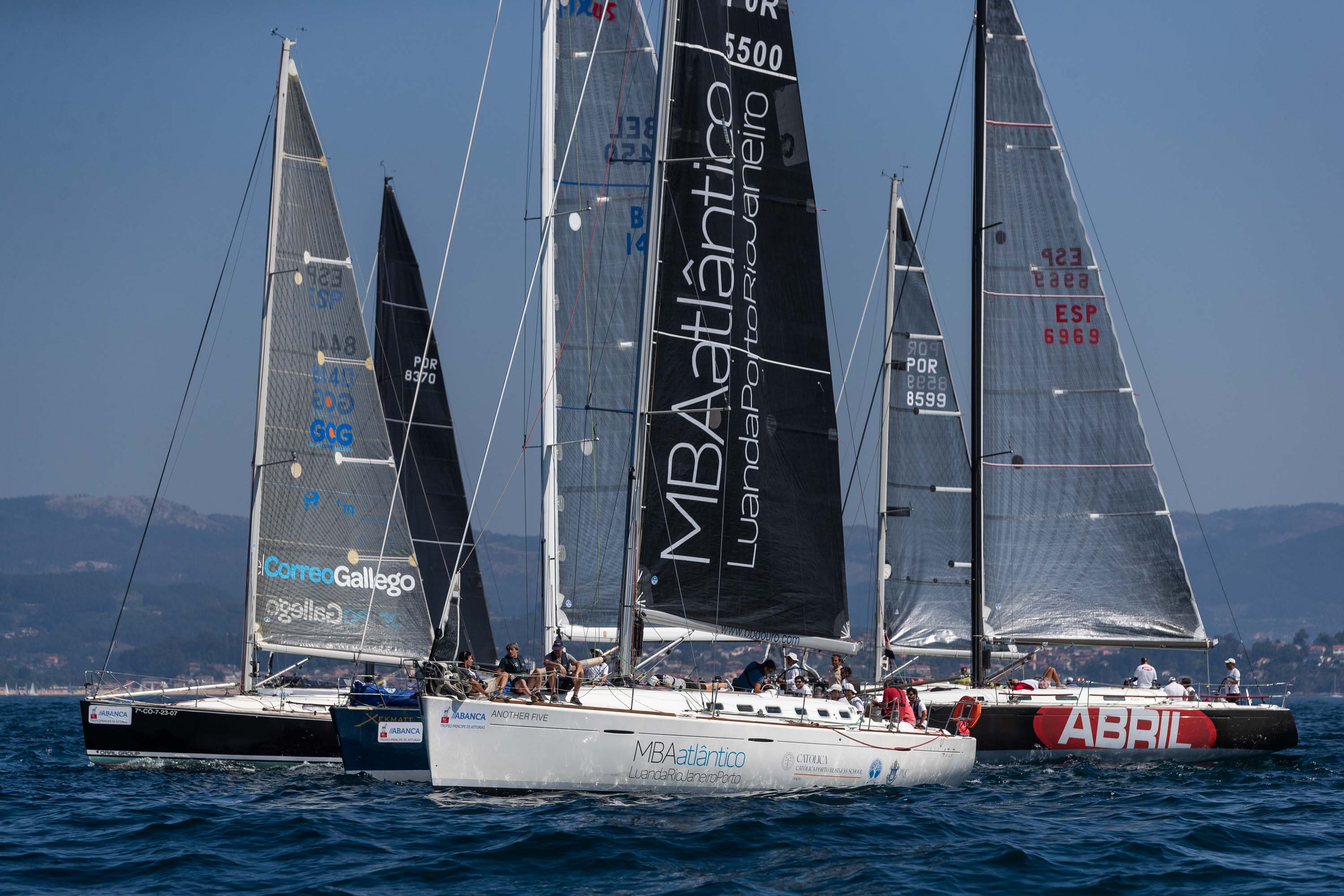 Luckier were the J80s of the Solventis class and the Figaros of the HELLO! Ladies Cup that, in a regatta field located inside the bay of Baiona, two tests could be played with an average wind of about 7 knots. A third was attempted, but could not be completed.
On this first day of the 33rd Prince of Asturias Trophy, some of the favorites were taking up positions and occupying the highest positions on a provisional podium that still has two more days to go.

In the Solventis J80 class, one of the favorites to win the title of the 33rd Prince of Asturias Trophy, Javier de la Gándara’s Okofen, opened this first stage making his intentions very clear. With Diego Fernández, Hugo Ferreiro and Javier de la Gándara Jr. on board, the legendary skipper finished first and third today, which allowed him to take the lead in the standings. “The day was very complicated, with little wind and the fleet very tight, but there is still a lot of competition ahead and we hope that tomorrow and after the thermal wind will allow us to sail better,” said Diego Fernández upon returning to land. Another boat from the Monte Real Club de Yates, the Marías – Casas do Telhado de Manuel María, was weighed down by fifth position in the first race, and crossing the finish line with a course and signing first in the last, had to settle for second Market Stall. The third place on the provisional podium is occupied by Moura de Miguel Fernández, from the Real Club Náutico de A Coruña. 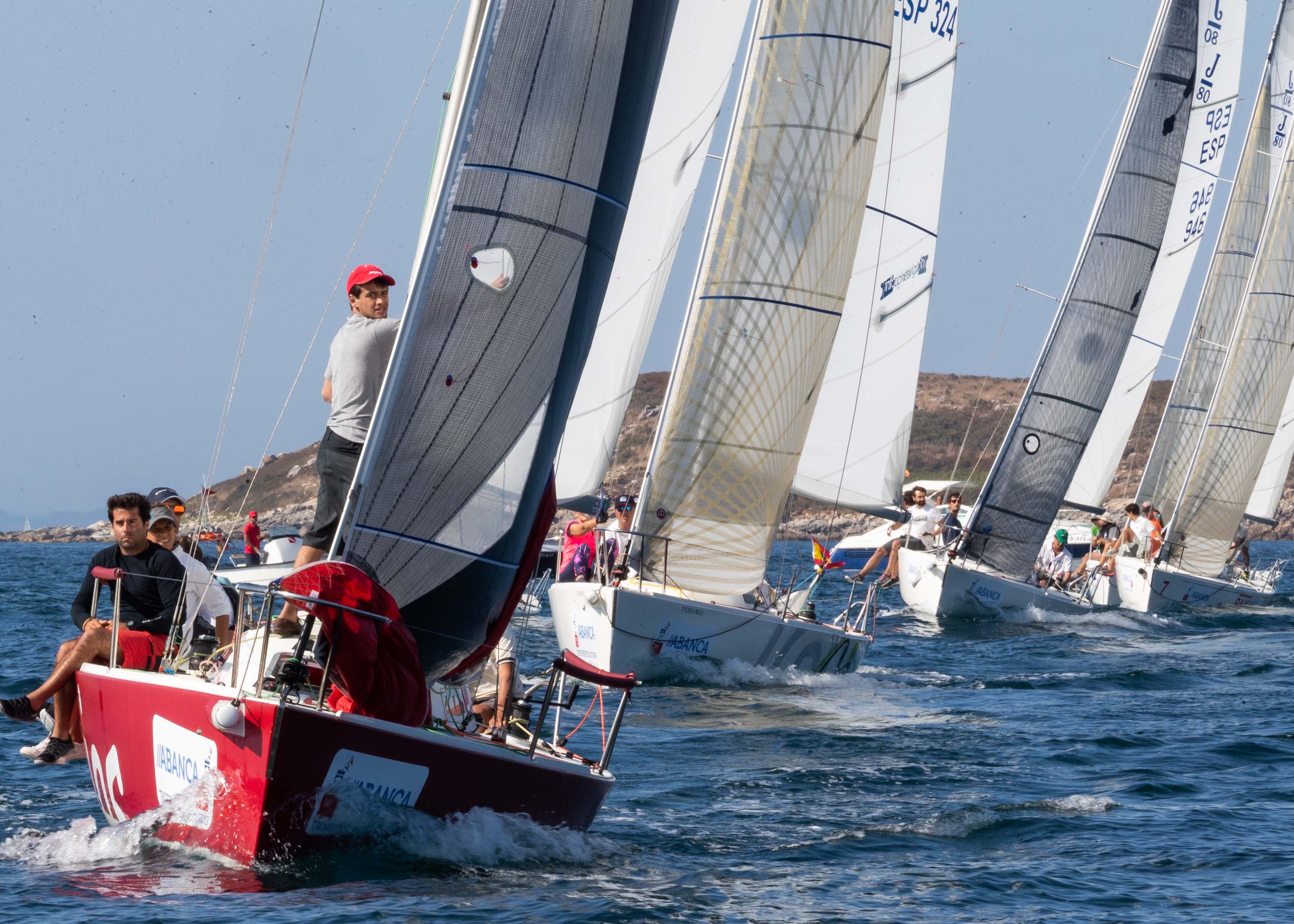 In the HELLO! Ladies Cup, the victory of the day went to ¡HOLA! Fashion, led by the Polish patron based in Santander, Magdalena Czernik. With a first place and a second in the two events held inside the bay of Baiona, the girls from the Real Club Marítimo de Santander were placed at the head of the women’s competition of the 33rd Prince of Asturias Trophy. The Portuguese HOLA.COM team, led by Marta Ramada and defending the title won in 2017, started somewhat weakly in the first test, finishing fourth, but in the second barlo-sota of the day they managed to cross the line first. arrivals and placed in the second drawer of the provisional podium. The third place in the classification is occupied by the crew of the Real Club Marítimo del Abra – Real Sporting Club, skippered by Lourdes Bilbao aboard the HOLA! USES. 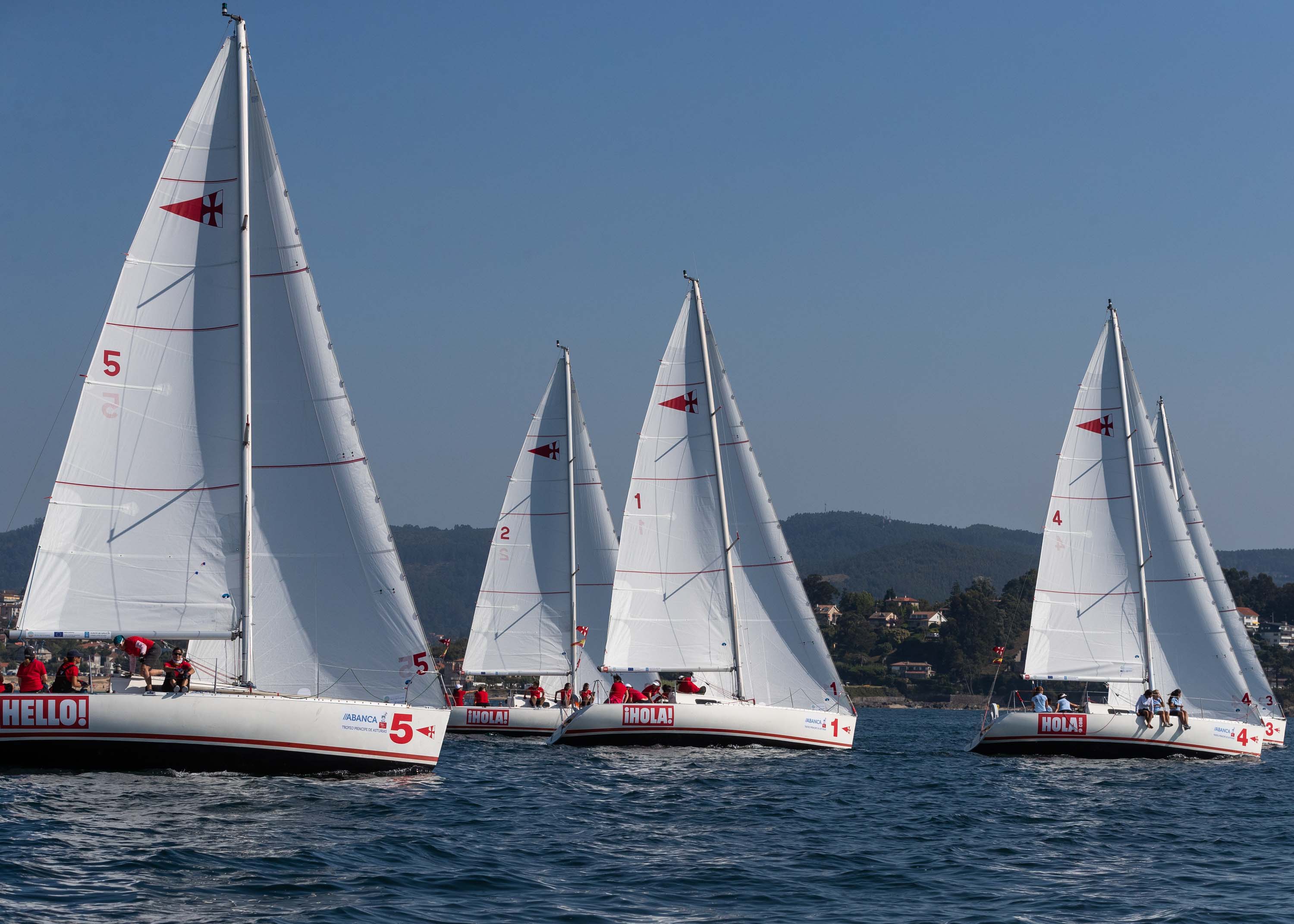 After the dispute on the water, the crews of the 33rd Prince of Asturias Trophy were able to enjoy the good atmosphere that always characterizes the village set up in the Monte Real Yacht Club, where owners, skippers and sailors shared a seafood dinner and exchanged opinions on the regattas . Background music, the projection of the best images of the day and gin and tonics courtesy of the sponsors put an end to the day.

Tomorrow, Saturday, the entire fleet into the water and the great party of the National Awards

The 33rd Prince of Asturias Trophy continues tomorrow in Baiona with the second of the three days of tests that will decide the winners’ podiums of the different classes. After the initial day in which the largest sailboats and one-design boats participated, this Saturday they will also be joined by boats from the Volvo Autesa ORC 4, Storax Clásicos and Comunica Open classes. While the former will hear the starting honk for their poles at 12:00, the rest will not take the start of their scheduled coastal tour until half an hour later. At night the show will move to the mainland with the gala of the Terras Gauda National Sailing Awards, in which the most outstanding athletes of the year will be awarded. It will start at eight in the evening and, at the end, there will be a big party that will include dinner, music and fireworks.