An all-female crew from the Spanish Navy will compete in the ¡HOLA! Ladies Cup 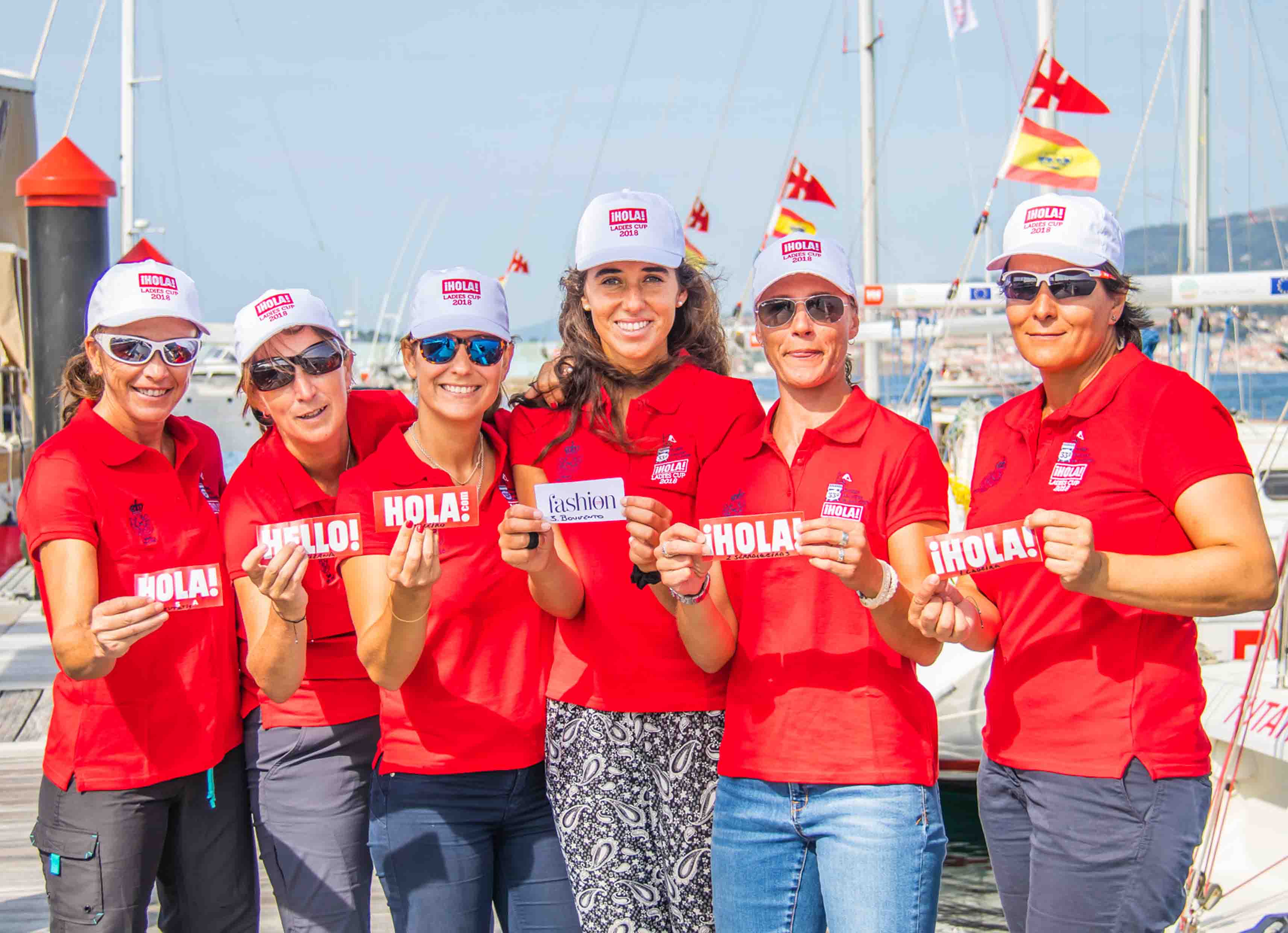 · In addition to the HELLO! Ladies Cup tomorrow, Friday, the first tests of the Trofeo Principe de Asturias will also be inaugurated by the ORCs 0-1-2-3 and the J80 monotypes 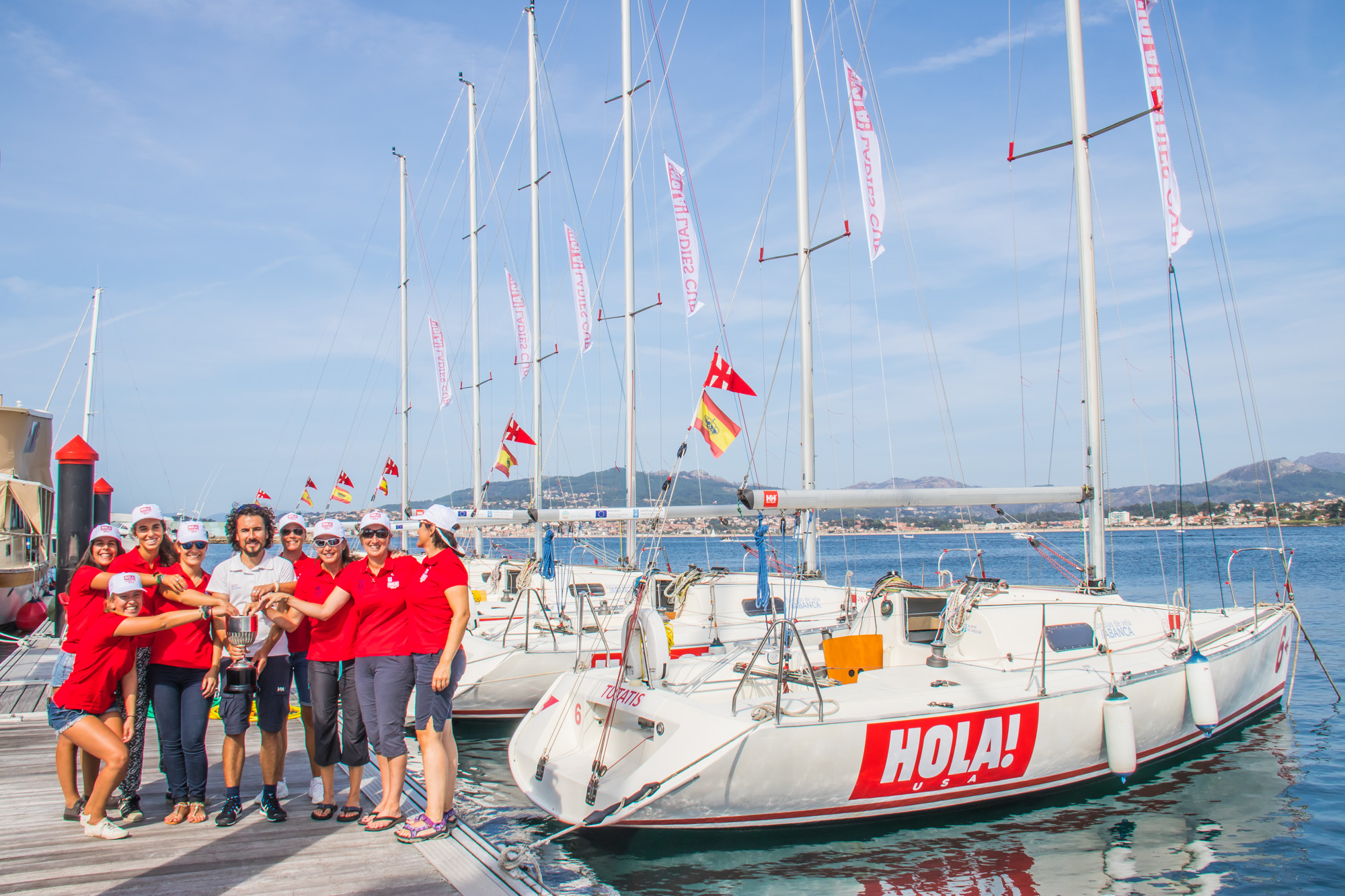 An entirely female crew from the Spanish Navy will participate this year, for the first time in the history of the Prince of Asturias Trophy, in the ¡HOLA! Ladies Cup, which will be held from tomorrow, Friday, until Sunday in Baiona.

The crew will sail aboard the HELLO! Serralleiras, one of the six identical boats that the Monte Real Club de Yates, organizer of the trophy, gives to the six participating crews, arriving from different parts of Spain and Portugal to compete in one of the most important women’s nautical competitions on the peninsular stage.

“At the Monte Real Club de Yates –says the vice-commodore of the club Genoveva Pereiro- we have spent years promoting the participation of sailors in our competitions, both in exclusively female events, such as this HELLO! Ladies Cup, as in the rest of the regattas and also through our Sailing School. The prominence that women have been acquiring in the world of sailing over the last few years is indisputable, but there is still a lot to do and we are working on it”.

The Navy team will be led by the professor at the Naval Military School of Marín and world champion in windsurfing, Lara Lagoa; who will be accompanied by Carmen Náraza, Ida Blanco, Sheila Pachón, Andrea Marín, María Teresa Ivorra and Rocío García. 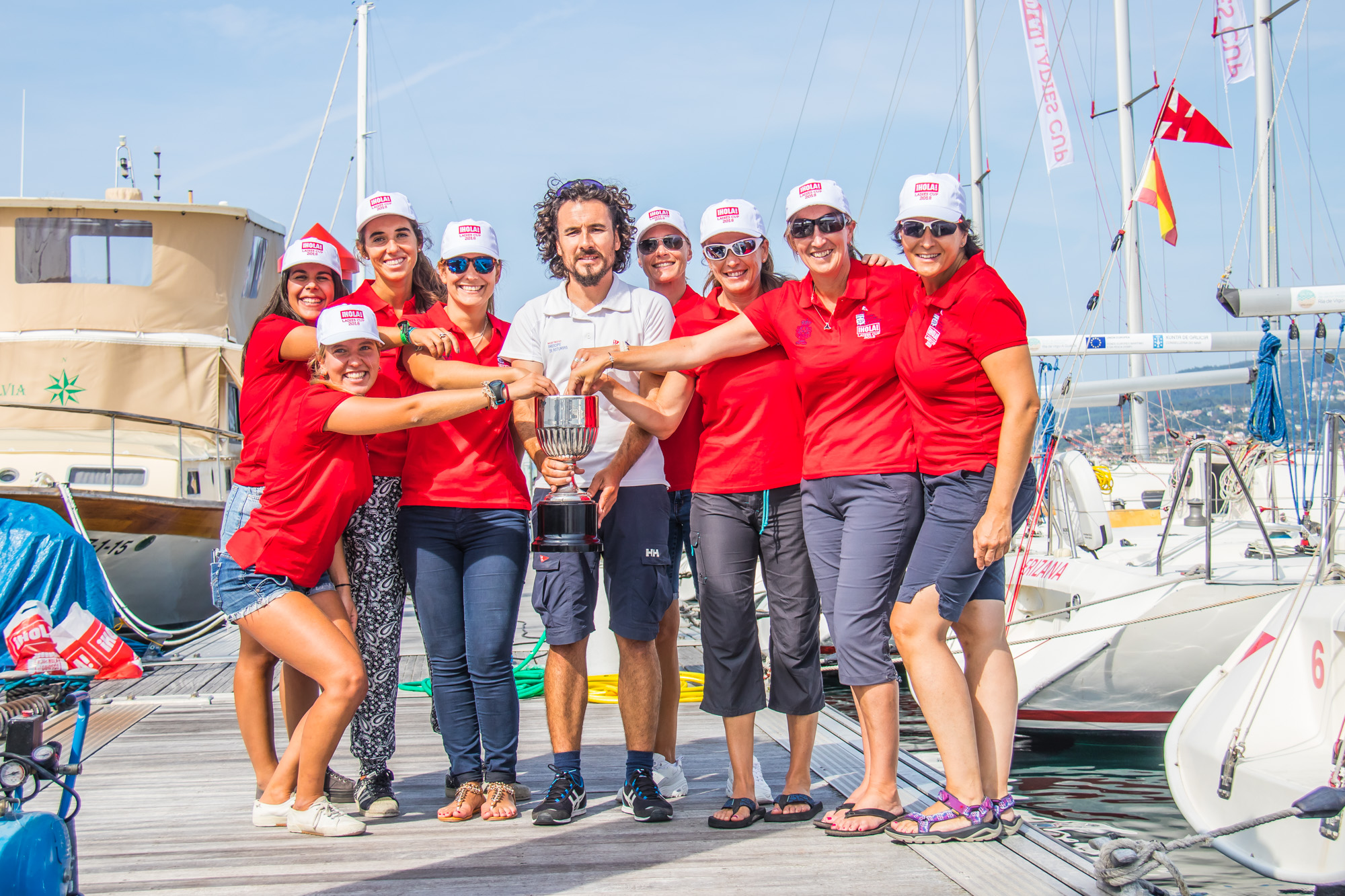 The current champions of the HELLO! Ladies Cup, the Portuguese from the BB Douro We Do Sailing, with the Portuguese vice-champion of 420 Marta Ramada in front, will go out on the water with the aim of repeating victory. On this occasion, Ramada will lead HOLA.COM and will be supported in the maneuvers by the runner-up in the Snipe world, Mafalda Pires de Lima; the Portuguese champions of Laser and 420, Carolina Joao and Joana Azevedo; Ana Catarino and Gabriela Pereira. 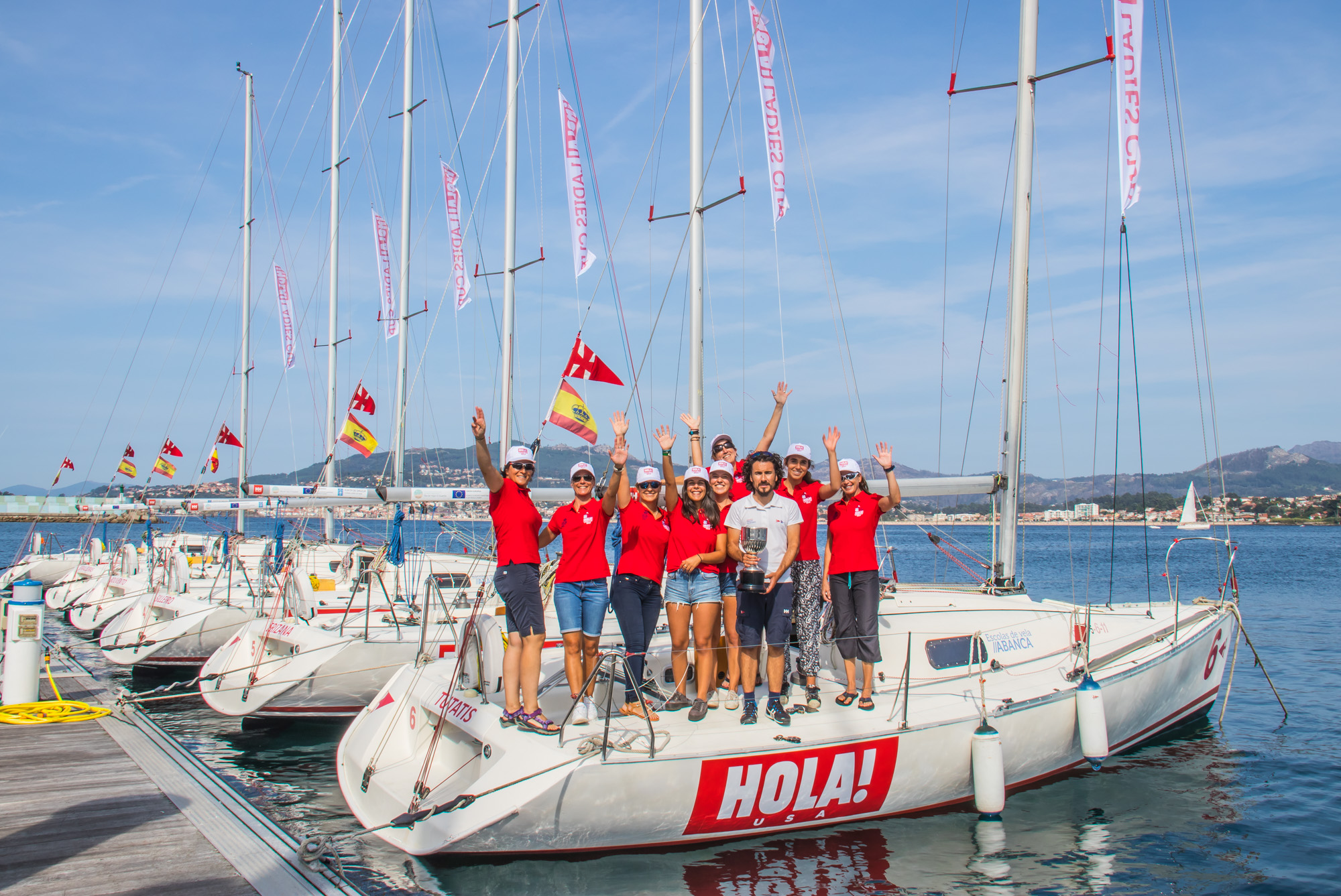 From the Madrilenian Sailing Federation (FEMAVE) two crews arrive in Baiona ready to snatch the title from the Portuguese. Aboard the HELLO! Ladeira and with Laura Gil at the helm, Yolanda Mirón, Marta Larrauri, Marta Villena, Teresa Petit and Paloma Borras will sail. And in the HELLO! Anna Solé, Patricia Gutiérrez, Ines Zurita, Marina González and Gemma Caballero will haggle, directed by the Swiss-Galician patron Teresa Martínez. 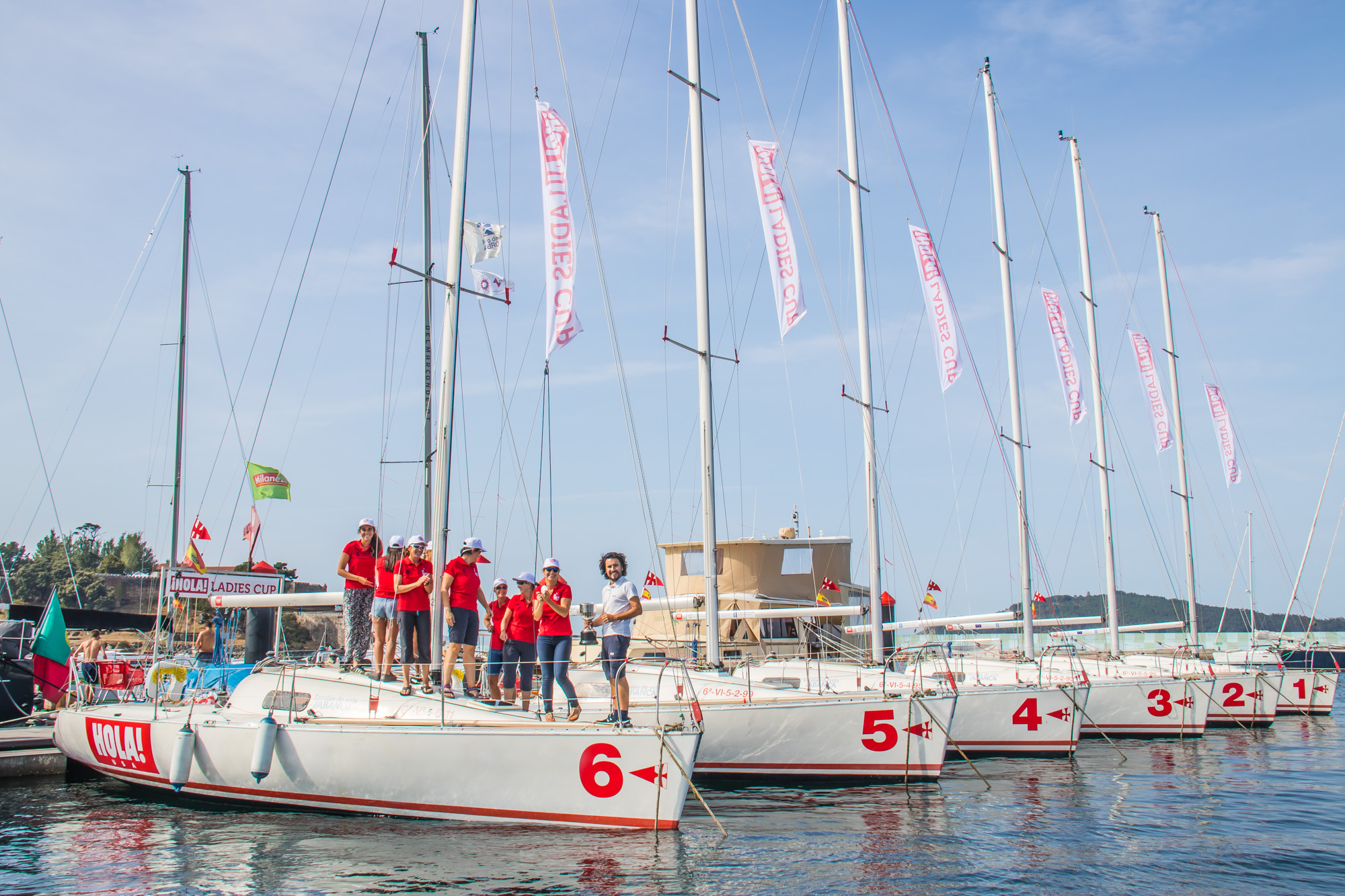 The Basque team of the Club Marítimo del Abra – Real Sporting Club will undoubtedly be the youngest in the competition, since the crew members who will sail aboard the HOLA USA are 17 years old on average. They are Joana Abásolo, Carmen Arbaiza, Natalia Carreira, Silvia Marce and Mónica Mendoza. At the head of the team is Lourdes Bilbao, a great connoisseur of the Ladies Cup, in which she has already participated 10 times. 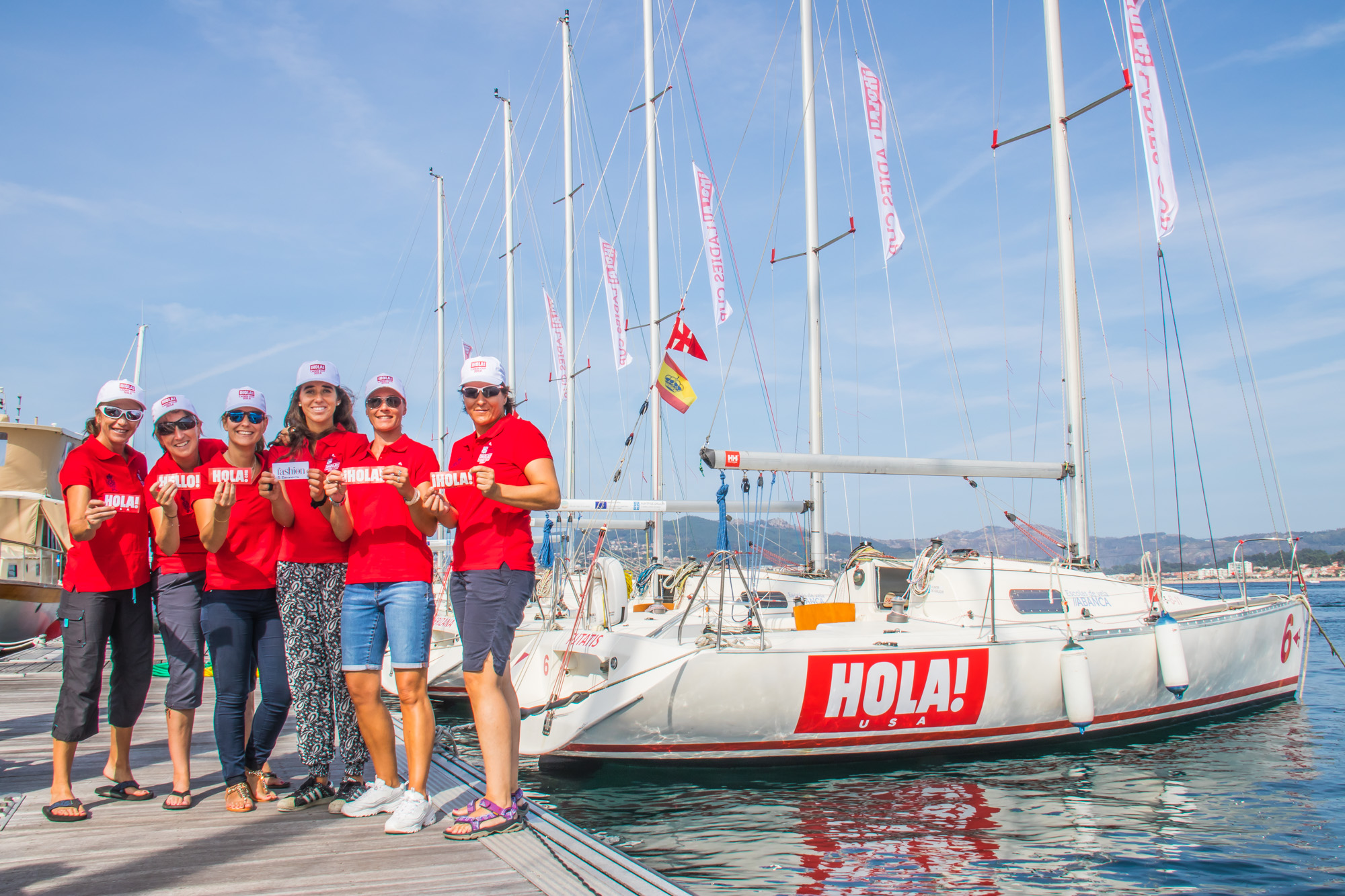 The last of the six crews that will compete in the HELLO! Ladies Cup is made up of sailors arriving from different parts of Spain. At the controls of HOLA FASHION will be the Pole based in Santander Magdalena Czernik, a regular competitor in the J80 class. The crew is completed by Ana Sardiña, one of the best Galician sailors today, with several Galician and Spanish championships to her credit; Marine Lescan, runner-up in the Basque Country for Snipe; Edurne Tamayo and Alejandra de Marichalar, from the Real Club Marítimo de Canido. 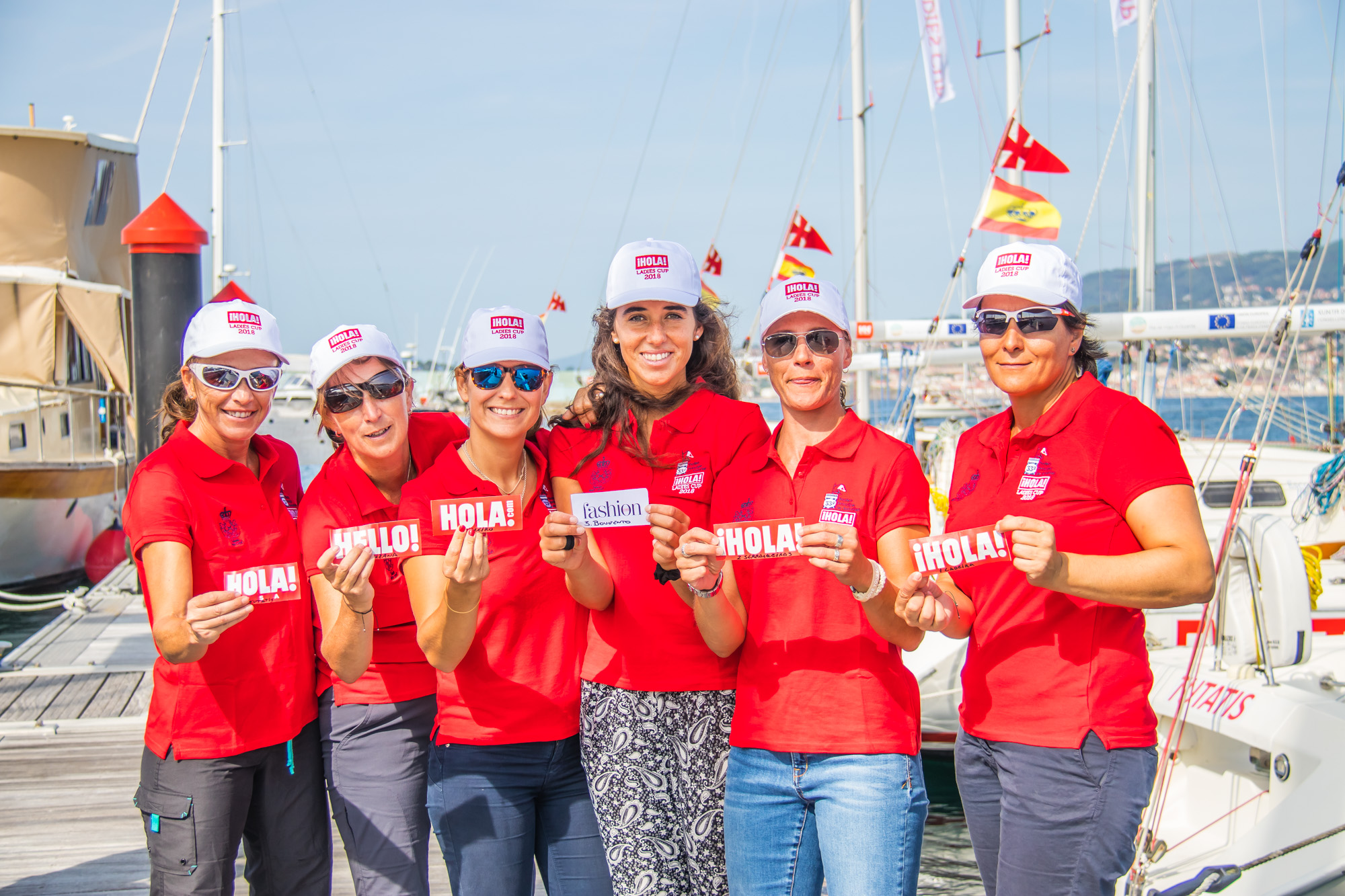 The tests of the HELLO! The Ladies Cup begins tomorrow, Friday, at half past three in the afternoon inside the Bay of Baiona, where the regatta committee will prepare a field for them and for the Solventis J80 class fleet, which will also inaugurate the Prince Trophy tomorrow, Friday of Asturias. In both cases, and as long as the wind is favourable, the monotypes will take part in several windward-leeward routes.

Half an hour before, the biggest boats, of the Martin Miller ORC 0-1, Aceites Abril ORC 2 and Gadis ORC 3 classes, will hear the starting horn. For them, the competition proposal is a coastal one with a route that the committee will decide on that same day based on the weather conditions, which at this time announce winds from the northwest with an average of 10 knots.

Once the competition in the water is over, the crews will be able to enjoy the village of the 33rd Trofeo Principe de Asturias on land, where a seafood dinner will be served for the participants and there will be beer and gin and tonic tastings.