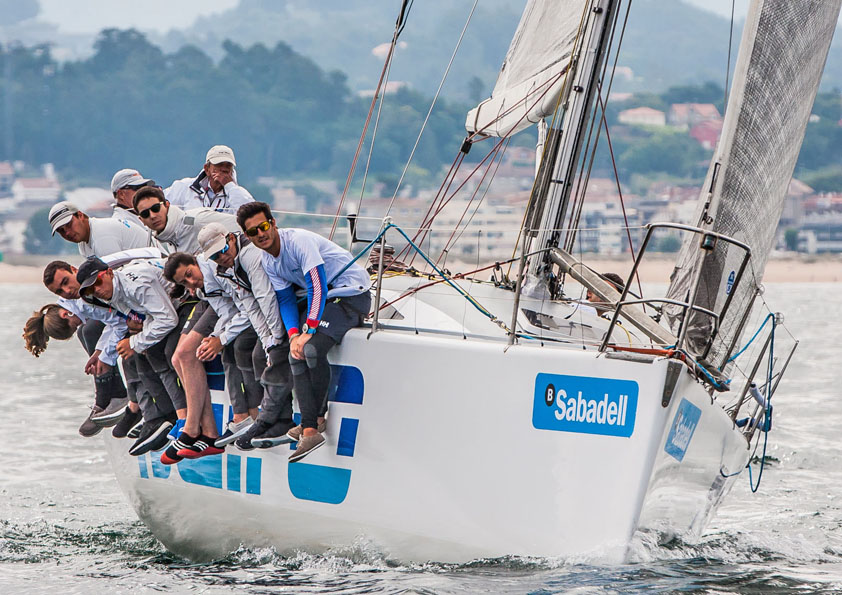 The Pair VIII of the Real Club Náutico de Vigo was crowned the new Spanish Altitude Champion of the Galicia area in the Conde de Gondomar Trophy, which is being held these days in the Galician estuaries under the organization of the Monte Real Yacht Club and sponsored by Banco Sabadell .

The sailboat, armed by José Luis Freire, captained by Luis Bugallo and with former Copa América Laureano Wizner as tactician, won the title after completing the Carrumeiro Chico stage, almost 100 round-trip miles between Baiona and the estuary from Corcubión, in 15 hours and 47 minutes. 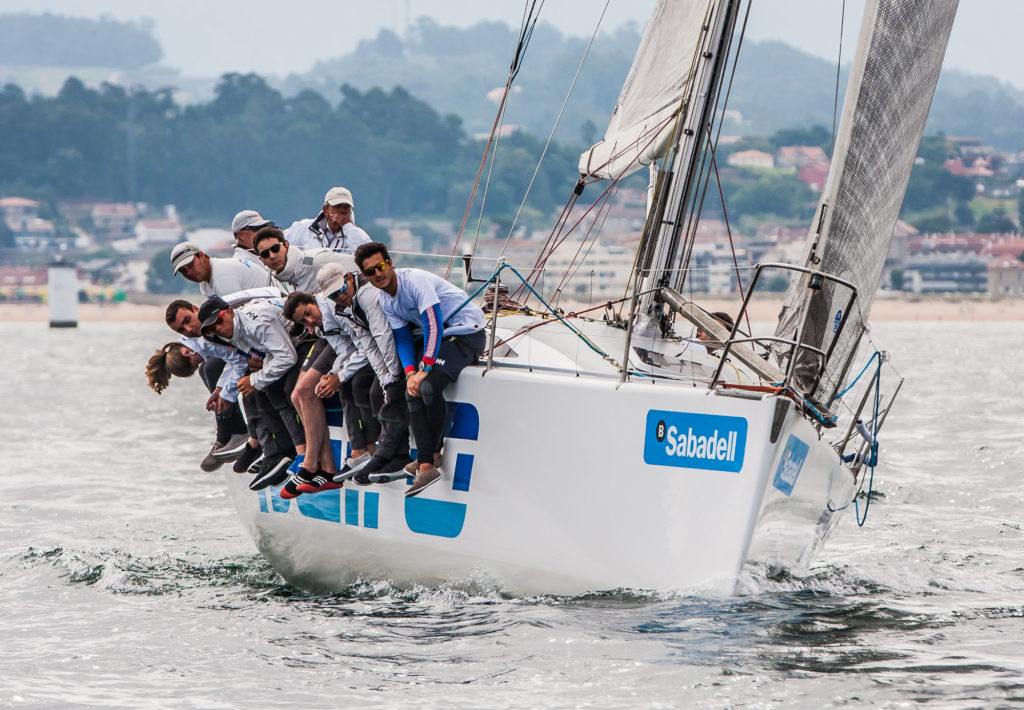 The people from Vigo won the title despite not being the fastest to finish the race, since Rui Ramada’s Yess , from Monte Real Club de Yates, was the first to cross the finish line. He did it 20 minutes before the Pairo and 10 minutes before the April oils of the brothers Luis and Jorge Pérez Canal, who after the compensation of times was placed at the head of the Storax ORC 1-2 class and at the top of the general classification of the trophy.

After arriving in Baiona at dawn and resting on Sunday, the big ships will return to the water next Wednesday to compete in the last two tests of the Count of Gondomar at the Cíes anchorage, two windward-leeward batons in which the sailboats will also participate class ORC 4 and monotypes J80 and Figaro.

The latter took to the water today to complete their second round of the championship, a 24-mile coastal race that took them from the interior of the Bay of Baiona to the Subrido beacon, in the vicinity of Cabo Home, where they turned to return back to Baiona passing through Bondaña, in the Toralla area. 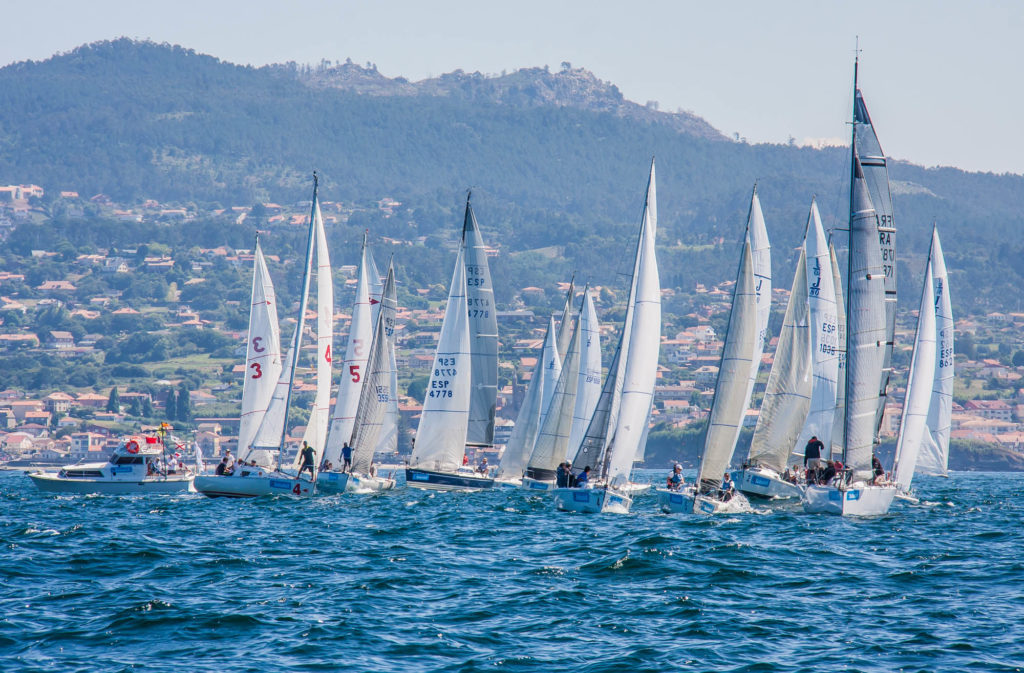 The test took place with a northwest wind of between 8 and 10 knots that seemed like it was not going to give the fleet any problems, but right at the end, when the sailboats were already close to the finish line, those sailing at the head of the fleet fell in a pit that stagnated them and allowed those who came behind to reach them and even surpass them. 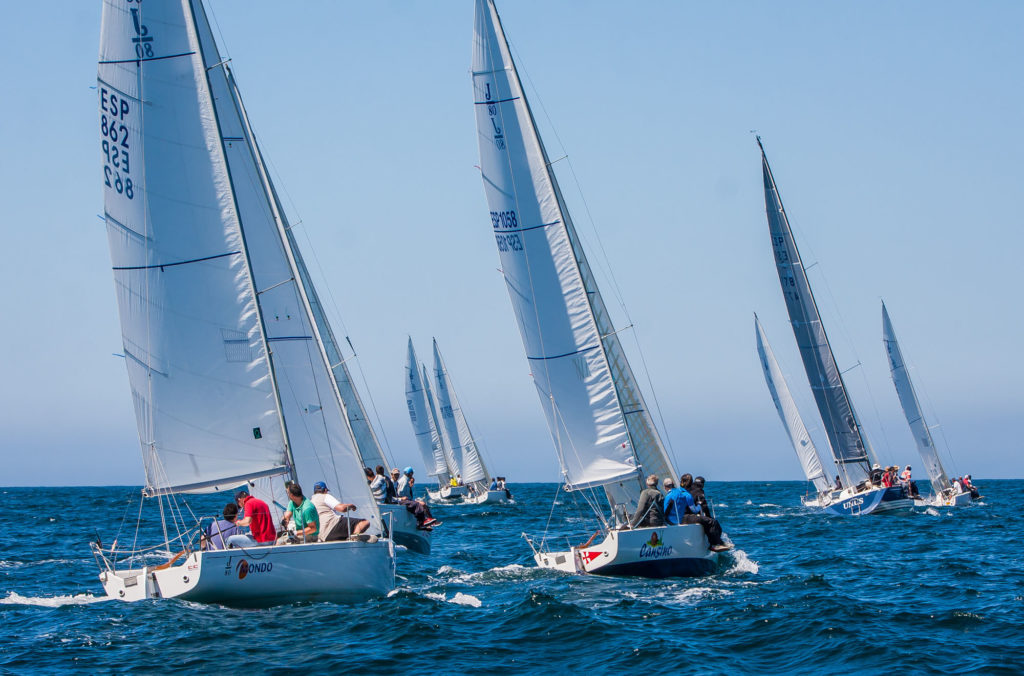 One of the boats that suffered the most from the whims of the wind was Luis García Trigo’s Unus, which after signing a spectacular regatta taking the entire fleet to its stern, was relegated to the last position of the Coca Cola ORC class table. Four. 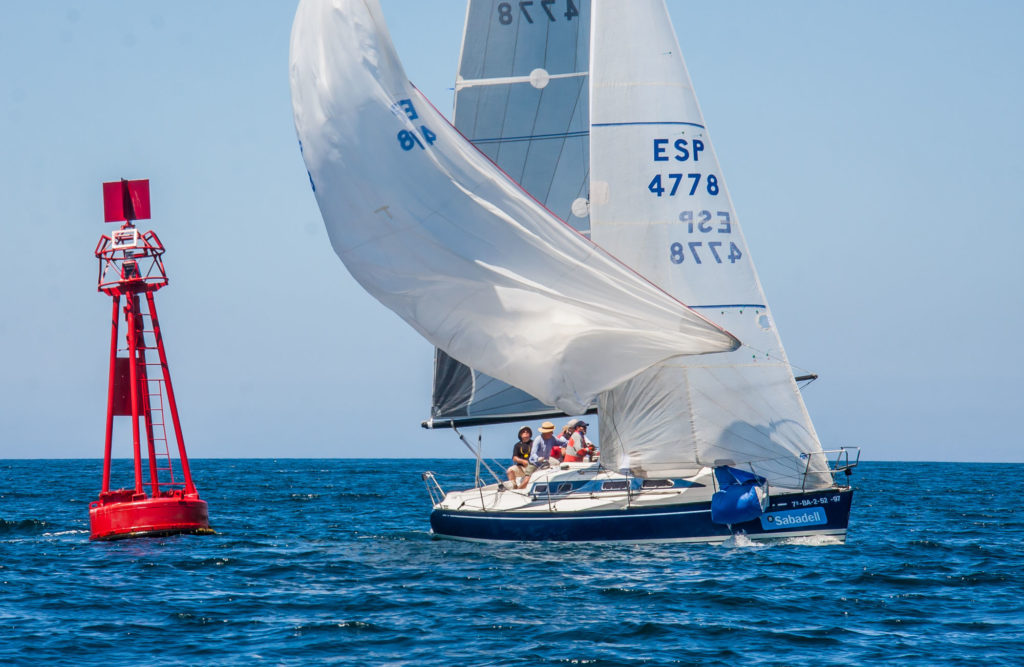 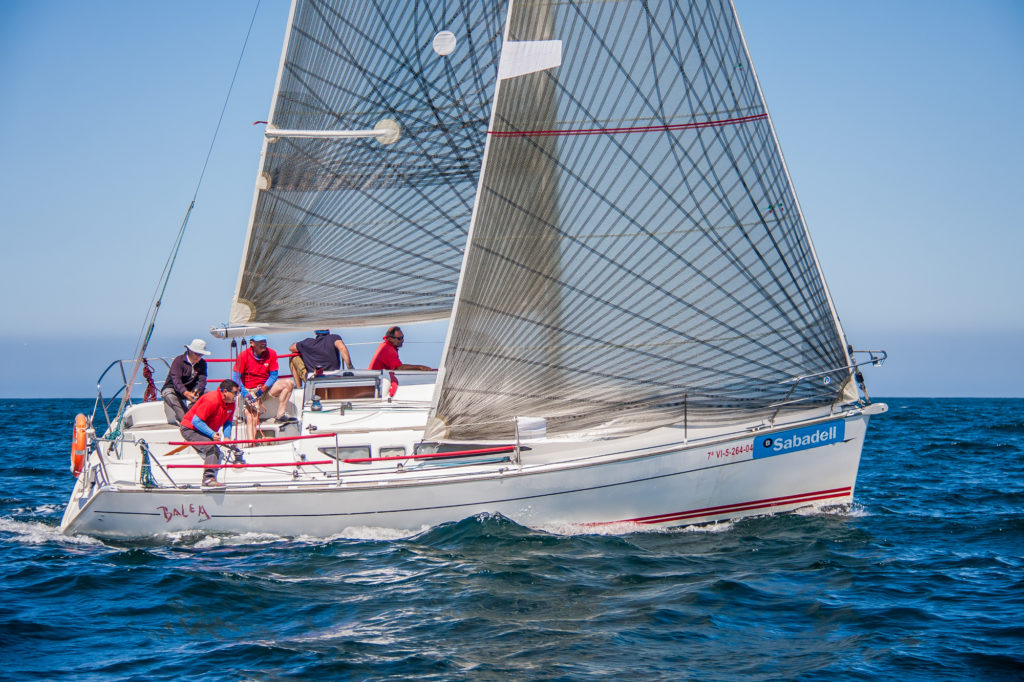 In the Martin Miller J80 class, Okofen del Monte Real Club de Yates, which today reinstated Javier Gándara as skipper, consolidated its climb to the podium after chaining another victory. Also outstanding was the performance of Javier Martínez’s Cunichán , who came seventh on the first day and, after a great regatta, pocketed the provisional silver. Third place is occupied by Miguel Lago’s Virazón . 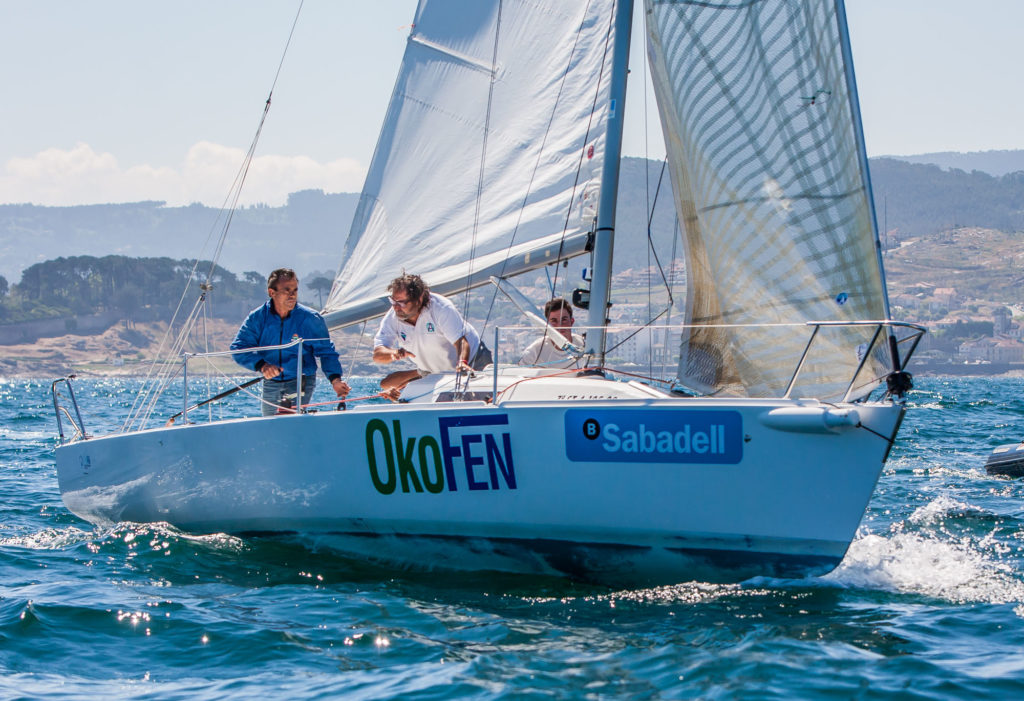 In the battle waged by the Figaros in the Rías Baixas class, Santiago Meygide’s Erizana once again stood out, chaining two first places in the two races held to date. In second and third position are Gonzalo Baamonde’s Silleiro and Adrián Irago’s Bouvento . 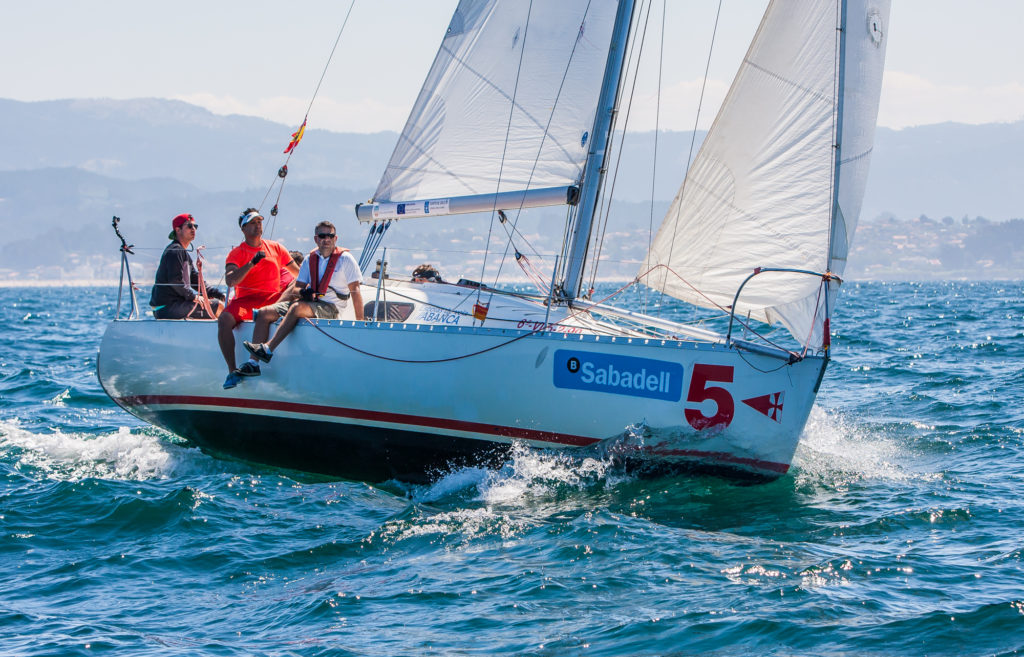 The Count of Gondomar – Banco Sabadell Trophy will bid farewell to its forty-third edition next Wednesday, July 25, the Santiago Apóstol holiday, starting at noon at the Cíes Islands anchorage, with a final menu made up of two sleeves for all classes .