Fend la Bise, Okofen and Hedgehog head towards the podium of the Count of Gondomar 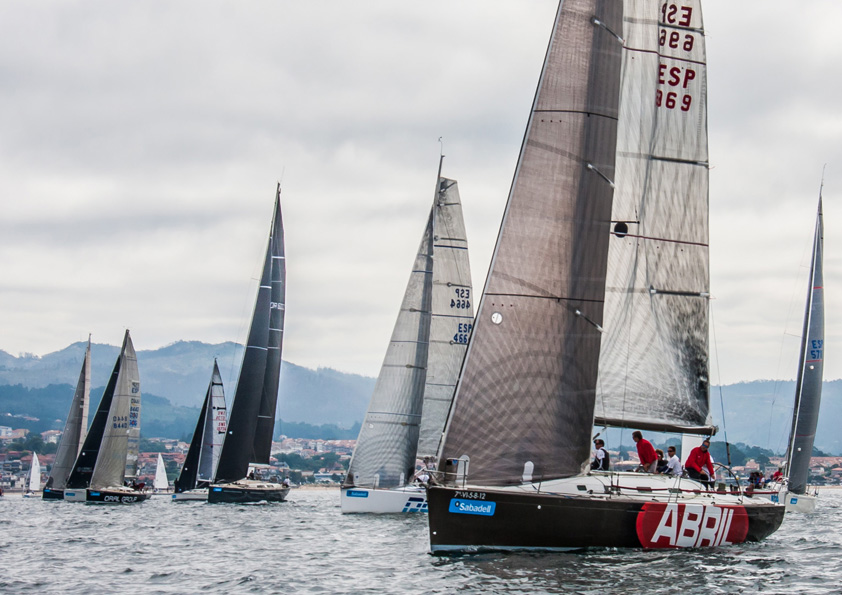 · In the Martin Miller J80 and Rías Baixas Fígaro classes that competed in real time, the Okofen skippered by Diego Martínez and the Erizana de Santiago Meygide prevailed

· Of the boats that compete in the stage of the Carrumeiro Chico and the Spanish Championship of Height of the Galicia Zone, the Yess, the Aceites Abril and the Pairo VIII are in the lead.

The contenders for the throne of the 43rd Count of Gondomar – Banco Sabadell Trophy began heading towards the podium this Saturday on the first day of competition, which was held in the Galician estuaries with the fleet divided into two sections and a different layout for each of them. they.

The largest boats, of the Storax ORC 1-2 and PSA Retail ORC 3 classes, with the star stage of the Carrumeiro Chico on their menu of the day, had to deal with a wind that seemed to be the protagonist of the day. It forced them to delay their departure for half an hour, slowed down their navigation in the Carallones area and even left them stuck in the vicinity of the Cíes. 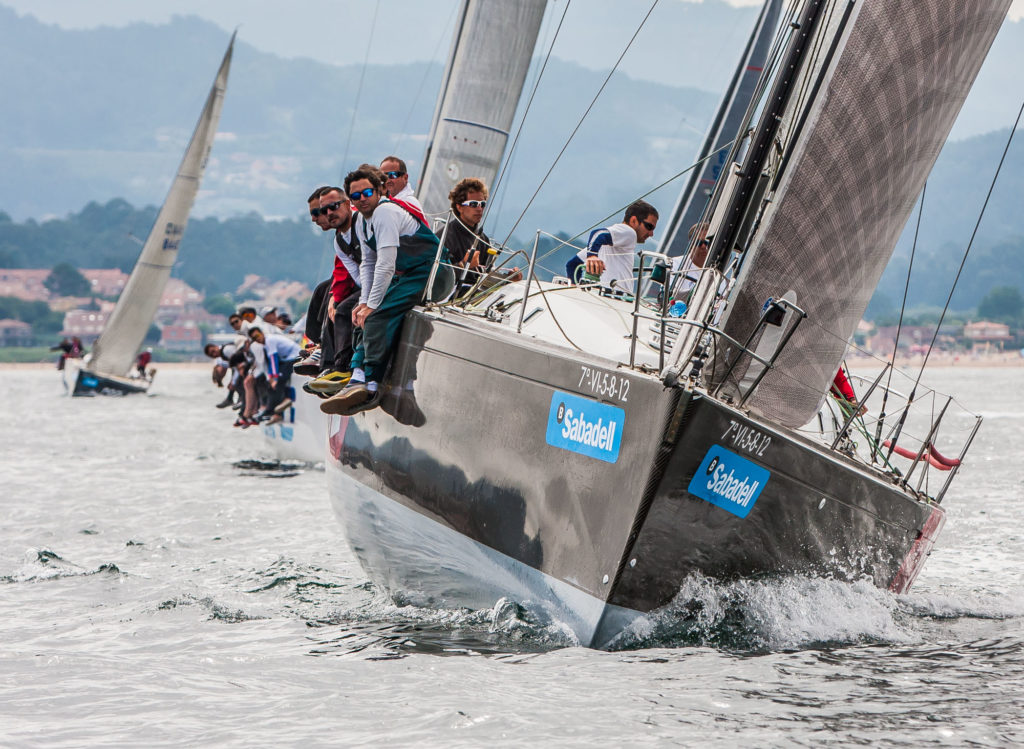 The boats that a priori started as favourites, the Aceites Abril of the Pérez Canal brothers and the Pairo VIII, owned by José Luis Freire and skippered by Luis Bugallo, fulfilled expectations and were placed at the head of the fleet from minute one. Both opted for the route further to the west, around the outside of the Cíes Islands, and little by little the rest of the sailboats joined them. 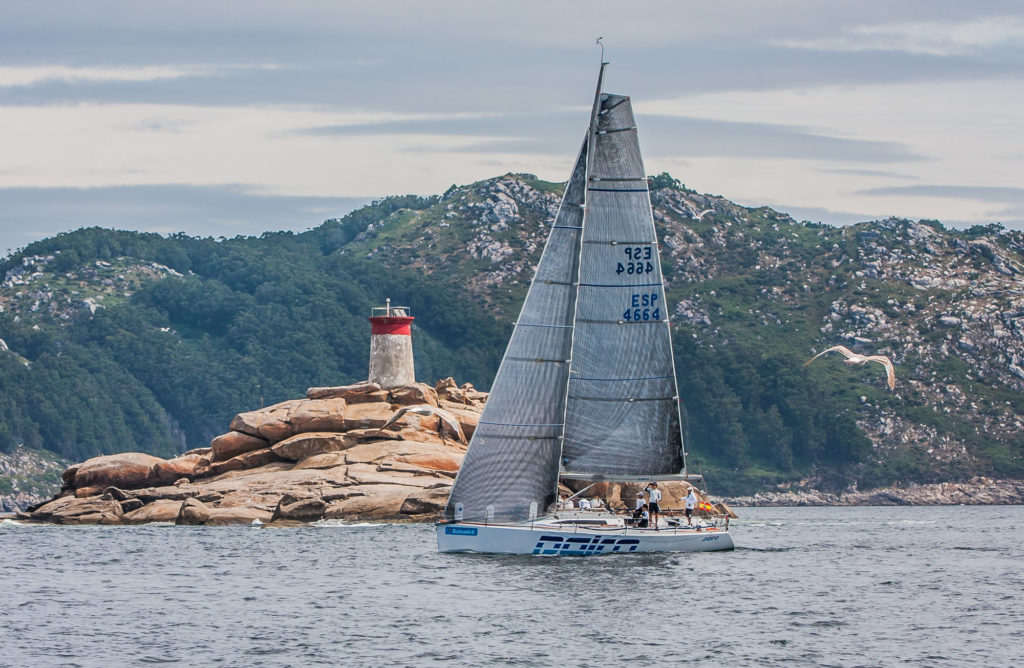 It was precisely this choice that made navigation difficult for them, since they found themselves with less intensity of wind than the small boats, which opted for the interior of Cíes to go up to Camouco (Ons) and were able to complete the test, of about 30 miles away, quite agile.

In the Coca Cola ORC 4 class, the winner of the day was Jean Claude Sarrade’s Fend la Bise, from the Monte Real Club de Yates. He took just over 5 hours to finish the route and placed first in the provisional classification. They are followed, in second and third place, by La Burla Negra of the Castrelo do Miño Yacht Club, captained by Juan José Martínez; and the cangueses of Balea Dous, with Luis Pérez at the helm. 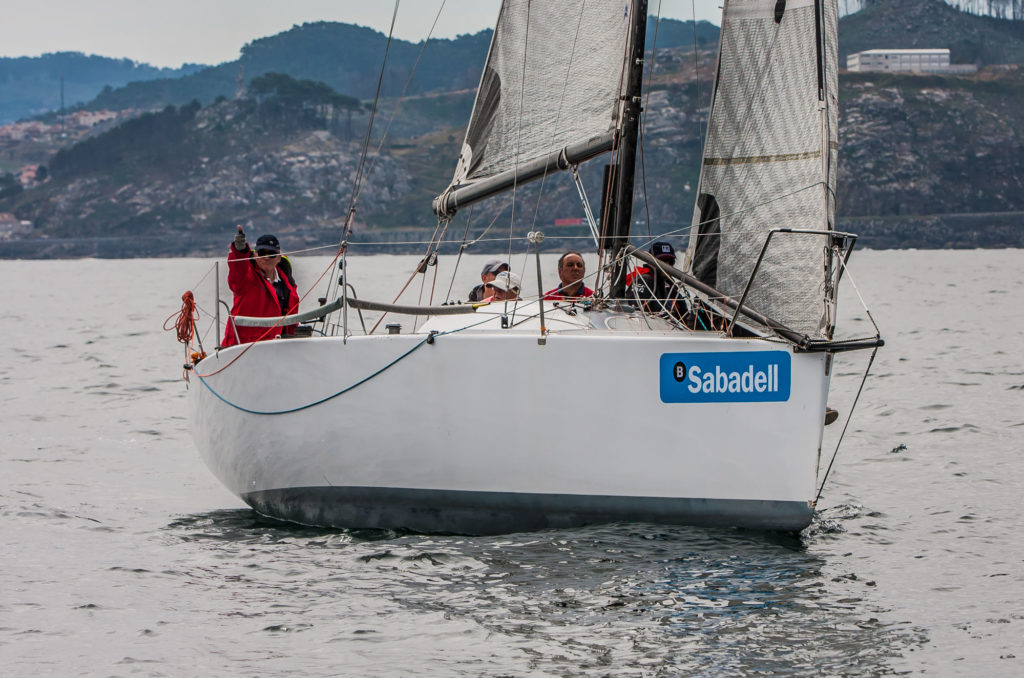 In the Martin Miller J80 class, competing in real time, the Okofen did not suffer the absence of Javier de la Gándara, their usual skipper, and with Diego Fernández at the controls they managed to be the fastest of the day. He won, yes, by a narrow margin, since just a few seconds after him another of the favorites crossed the finish line to win the title, Virazón de Miguel Lago, also from Monte Real Club de Yates. The third provisional position was left by the Cansino of the commodore of Monte Real, Fernando Yáñez. 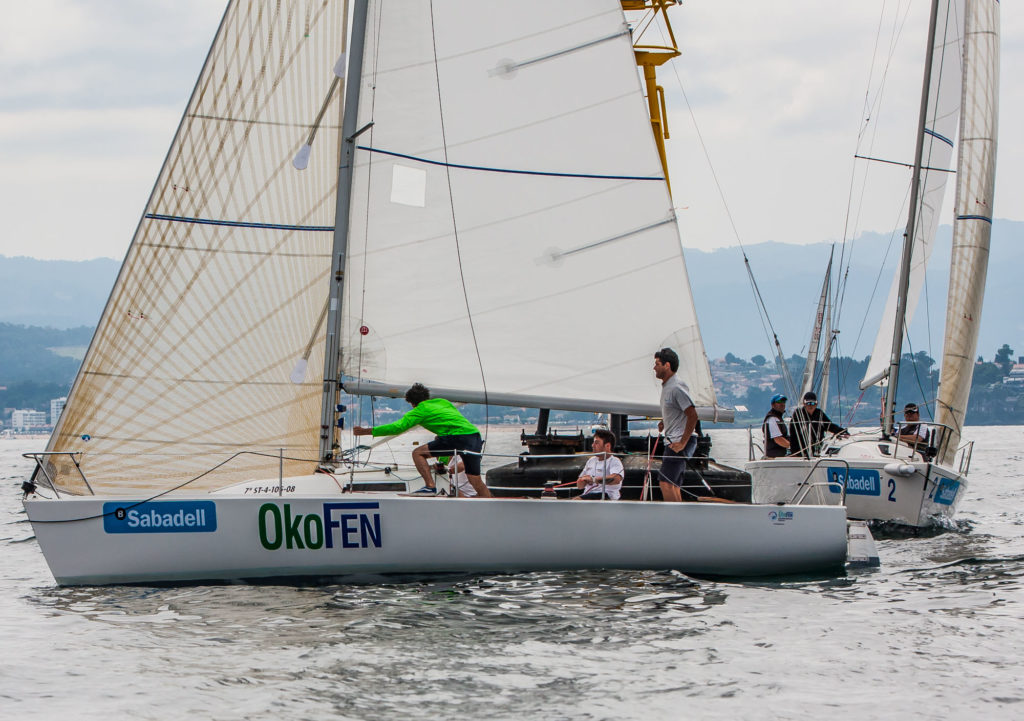 In real time, this inaugural stage of the Conde de Gondomar was also played by the Fígaros of the Rías Baixas class, in which he won, wearing a pendant from the organizing club, the Erizana de Santiago Meygide. Adrián Irago’s Bouvento and Gonzalo Baamonde’s Silleiro are second and third respectively.

The first day of the 43rd Count of Gondomar – Banco Sabadell Trophy ended for the small boats (ORC 4, J80 and Fígaros) with a seafood dinner and gin and tonic tasting at the Monte Real Yacht Club facilities. The competition of the big ones (ORC 1, 2 and 3) is still going on and is not scheduled to end until well into the morning or even after the day has dawned.

At this time, the Yess del Monte Real Club de Yates is still in the lead, with the Portuguese Rui Ramada at the wheel, who was also the first boat to tack the Carrumeiro Chico; the April Oils of the brothers Luis and Jorge Pérez Canal, of the Real Club Náutico de Vigo; and Pairo VIII led by Luis Bugallo and Laureano Wizner. 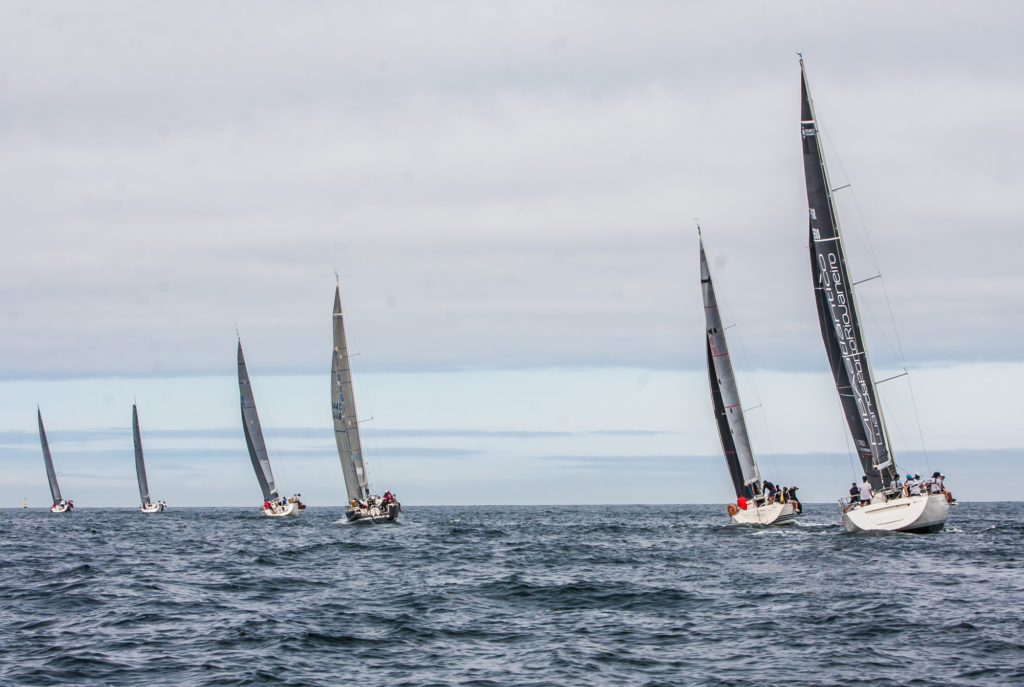 The 43rd Count of Gondomar – Banco Sabadell Trophy will continue tomorrow, Sunday, starting at noon with the second test for the Coca Cola ORC 4, Martin Miller J80 and Rías Baixas Fígaro classes. The Storax ORC 1-2 and PSA Retail ORC 3 classes rest and return to competition on Wednesday, July 25, when the regatta committee will gather the entire fleet at the Cíes Islands anchorage for the two last tests of the trophy, two windward-leeward routes that will sentence the forty-third edition of the historic competition of the Monte Real Club de Yates.

(*) The Carrumeiro Chico stage will end at dawn