The Count of Gondomar enters his final stretch 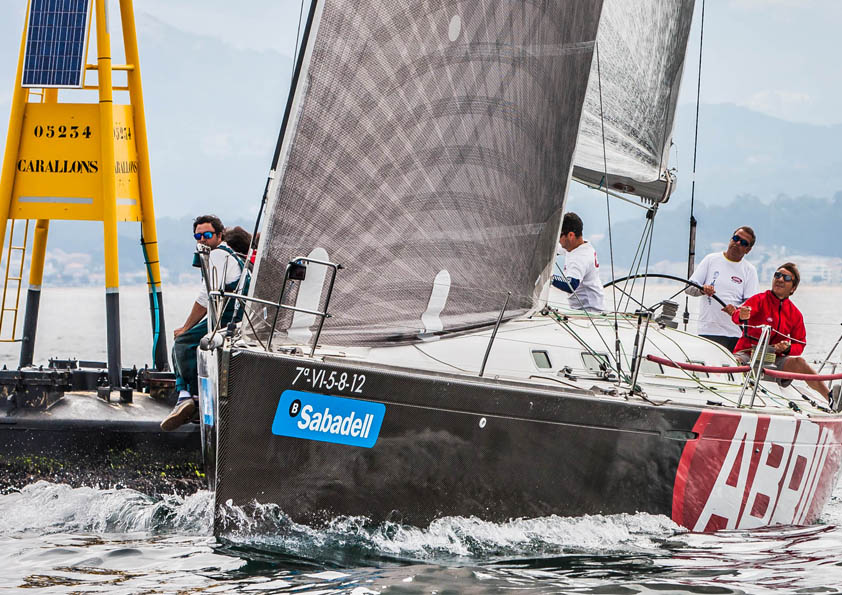 The forty-third edition of the Conde de Gondomar Trophy, organized by the Monte Real Yacht Club with the sponsorship of Banco Sabadell, enters its final stretch this Wednesday, a Santiago holiday, with the celebration of the last two tests.

The excitement is guaranteed on the water with a maximum dispute for the podiums, since the sailboats that are in the lead in several of the categories are separated from each other by the minimum or even tied on points.

If everything goes according to plan and the weather permits, the regatta committee will honk the start of the final day at twelve noon at the Cíes Islands anchorage, where the entire fleet will face each other in two windward-leeward courses .

In the Storax ORC 1-2 class, the Pérez Canal brothers’ Aceites Abril , which is in the lead after the first race, will try to maintain the lead and prevent Luis Bugallo’s Pairo VIII from taking it away. Ourenses arrive confidently in the final after having won the two previous editions of the Conde de Gondomar, but José Luis Freire’s team will not make it easy for them. Nor should we lose sight of Francisco Gude’s Siradella in this category.

The Oral Group Galimplant of Sanxenxo, armed, led and skippered by Pedro Pazos, will fight for the laurels of the PSA Retail ORC 3 class, which competes with boats such as the Gorilón de Emigdio Bedia, of the Real Club Marítimo de Santander, among others.

The Coca Cola ORC 4 class is where the competition is tighter, with the top three boats tied on points. Are the Balea Dous by Luis Pérez, from the Real Club Náutico de Rodeira, winner of the previous edition of the Conde; the Fend la Bise del Monte Royal Yacht Club, skippered by Jean Claude Sarrade; and La Burla Negra of the Castrelo de Miño Yacht Club, with Juan José Martínez at the controls.

In the J80 one-design competition, in the Martin Miller class, Javier de la Gándara’s Okofen would have to do very badly not to win the grand prize of the trophy. The first two places signed in the initial tests allowed him to separate 7 points from the second and third classified, which are Javier Martínez’s Cunichán and Miguel Lago’s Virazón . We found the same situation in the Rías Baixas Fígaro class, where Santiago Meygide ‘s Erizana skirted the coastal ones on the first and second days and is comfortably leading.

The last two tests of the 43rd Count of Gondomar – Banco Sabadell Trophy will begin tomorrow, Wednesday at noon and in the afternoon, at five, the awards ceremony will be held at the Monte Real Club de Yates, with the assistance, among other authorities, of the deputy director General of Sabadell-Gallego, Pablo Junceda; the mayor of Baiona, Ángel Rodal; the deputy delegate for tourism of the Pontevedra Provincial Council, Santos Héctor Rodríguez; the head of the provincial sports service of the Xunta de Galicia, Daniel Benavides; the president of the Royal Galician Sailing Federation, Manuel Villaverde; the managing director of Storax, Rui Ramada, the manager of PSA Retail Vigo, Daniel Martín; and the president of the Monte Real Yacht Club, José Luis Álvarez.