The Okofen of Javier de la Gándara and Diego Fernández, Galician cruiserweight champion A Dos in the MRW Trophy in Baiona 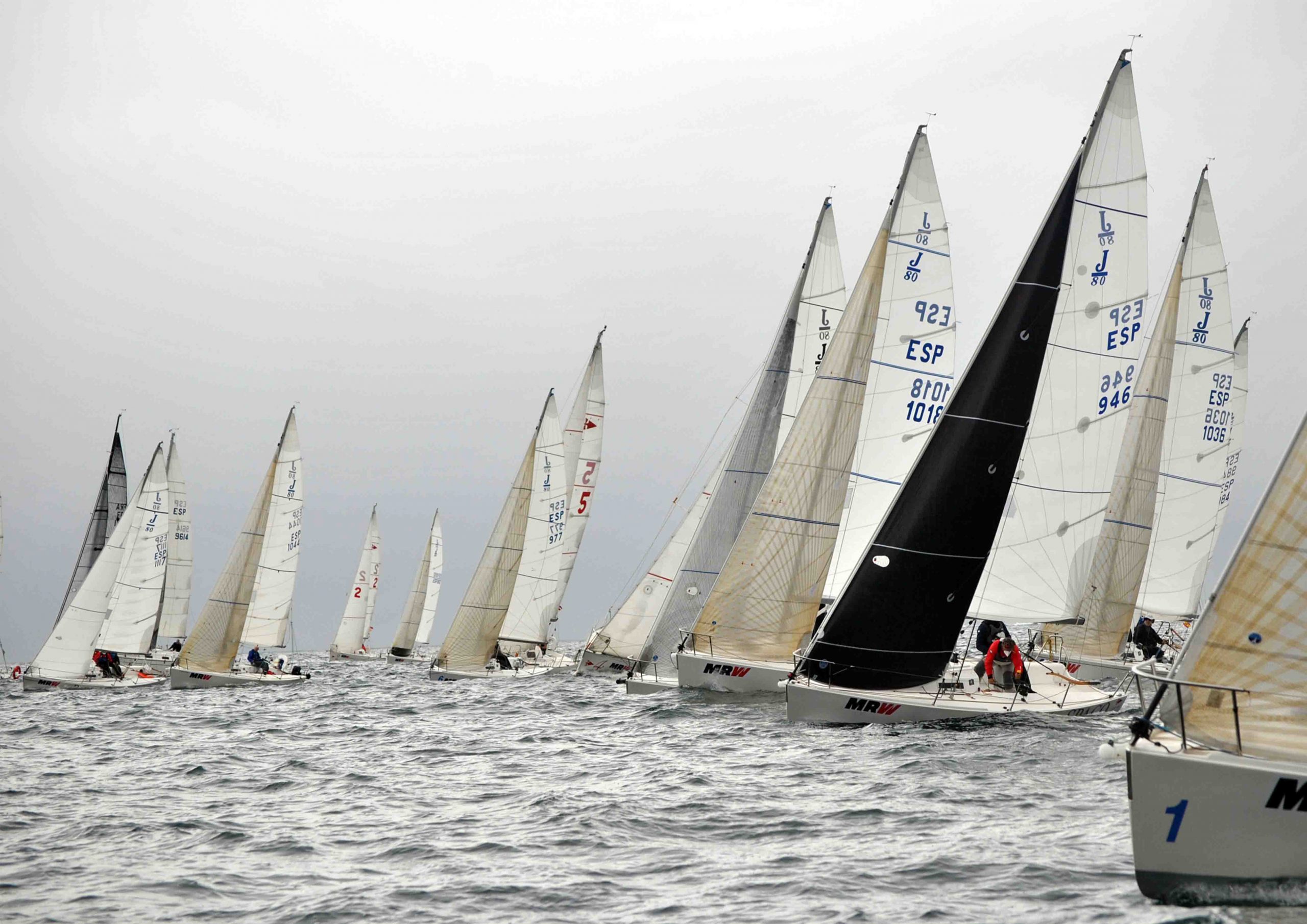 Great day of competition in the waters of Baiona. The Monte Real Club de Yates today launched the Galician regatta calendar after the break due to the health crisis, putting the Galician A Dos Cruise Championship into play, a test that is part of the MRW Trophy and in which thirty of Equipements. The Okofen of Javier de la Gándara and Diego Fernández has been the winner of the event and has become the new Galician champion of the class.

As predicted by the weather reports, the day dawned very cloudy, with light rain and light winds early in the morning that increased as the day progressed, reaching an average intensity of 18 knots and with peaks of more than 25 at the height of Cíes, conditions that decreased again in the middle of the afternoon for the final leg of the regatta.

Thus, after a few minutes of waiting around the scheduled time for the wind to finish picking up in the Bay of Baiona, the Regatta Committee honked the start at 11:15 a.m. for a route that would take the fleet to the mark del Camouco –previously passing Carallones, La Negra and Cíes- and turning south to take the finish line located finally in front of the Cíes Islands. In total, 28.8 miles of course for a highly disputed edition in which the fleet had to make a maximum effort from the first section and until the end of the regatta.

The first to cross the finish line was Ignacio Sánchez and Pablo Franco’s Txole (MRCYB) at the stroke of 4:00 p.m., although on this occasion the victory was finally won by Javier de la Gándara’s Okofen and Diego Fernández with an advantage of up to fifteen minutes over the second classified and twenty over the third. With this result, de la Gándara and Fernández were proclaimed winners with full authority of the Galician Cruiser Championship A Dos ahead of ¡Ay Carmela! from Juan Martínez and Ignacio Correa (CM Liceo de Bouzas), who was second, and from Orión with Javier Pérez and Esteban Gañete (MRCYB), who closed the podium in third place.

In addition to the regional title, the event in Baiona decided the winners of the MRW Trophy in the ORC 1, ORC 2 and J80 categories. Victory in the one-design category, which was undoubtedly one of the closest of the event with just two minutes difference between the first three teams, went to José Luis Pérez and Miguel Larrán’s Maija ahead of Nano Yáñez’s Cansino and Manuel Fernández and del Picacho de Margarita Cameselle and Alberto García, second and third respectively in the general of J80. The three teams representing Monte Real.

In ORC 1, meanwhile, the podium remains the same as for the Galician Championship with Okofen in the lead, followed by ¡Ay Carmela! and Orión, while in ORC 2 the win went to Tutatis led by Alechu Retolaza and Roy Alonso (MRCYB) with a notable advantage of over seven minutes over Silleiro led by Bruno Gago and César Conde (MRCYB), who were seconds. Third place on this occasion went to the team from the Club Náutico de Boiro, the Piko Norte of José Manuel Castro and Lucas Piñeiro.

After the regatta, the awards ceremony will be held on the terrace of Monte Real at 8:00 p.m. and will be attended by Manuel Villaverde, president of the RFGV; Carlos Gómez, mayor of Baiona; Marta Iglesias, delegate of the Xunta de Galicia; Gorka Gómez on behalf of the Pontevedra Provincial Council; Mauro Olmedo; José Luis Álvarez, president of the MRCYB; Ignacio Sánchez Otaegui, Commodore of the MRCYB and Santos Almeida representing MRW, main sponsor of the regatta.

WINNER OF THE GALICIAN SOLO CHAMPIONSHIP AND TWO