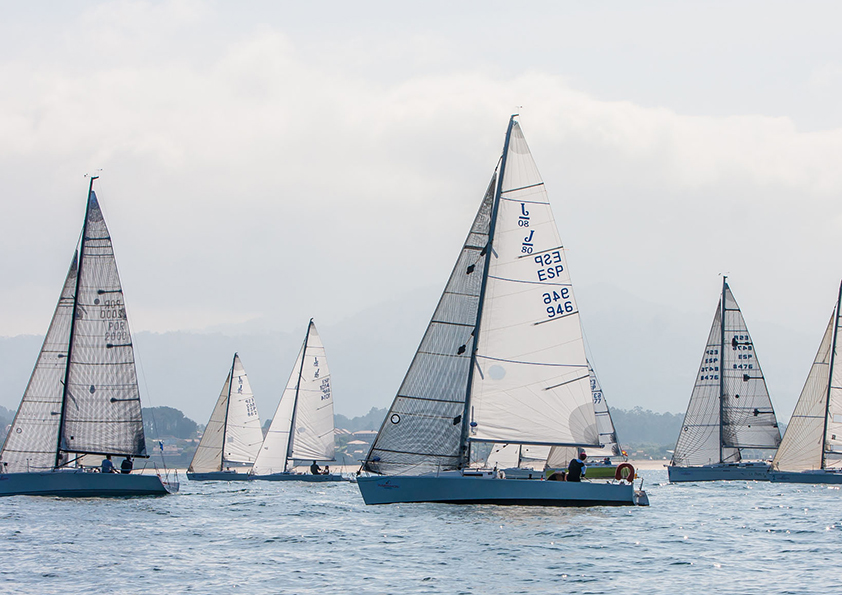 Everything is ready so that tomorrow, Saturday, June 27, the MRW Trophy will be held in Baiona, an event that will put the Galician Two-Handed Championship at stake and that will mean the return to competition sailing in Galicia after the break caused by the health crisis. The pace of work at the Monte Real Club de Yates is already at its most intense this afternoon with security checks, formalization of registrations, the skippers’ meeting scheduled for 8:00 p.m. and the final preparations for tomorrow’s race one of the most anticipated regattas of the season.

In total there will be 31 teams that will be at the starting line representing the Monte Real Club de Yates, Real Club Náutico de Vigo, Club Náutico Punta Lagoa, Club Náutico Portonovo and the Liceo Marítimo de Bouzas, with the local club having more boats in contention. Each and every one of them must initially complete a route of approximately 35.5 miles and the weather reports point to a perfect day with winds between 12 and 15 knots of intensity.

The start of the regatta is scheduled for 11:00 a.m. and the first to complete the course could start crossing the finish line at around 4:30 p.m. Everything will depend on how the day unfolds, although the Race Committee could decide to shorten the last miles of the course in case the wind dropped towards the end of the afternoon.

Once the regatta is over, the awards ceremony will be held at 8:00 p.m. at the Baiona club, putting an end to a new edition of the Galician Two-Handed Championship, the ninth consecutive organized by the Monte Real Club de Yates de Baiona and that also pays homage to Don Rafael Olmedo.