The most supportive triathlon returns 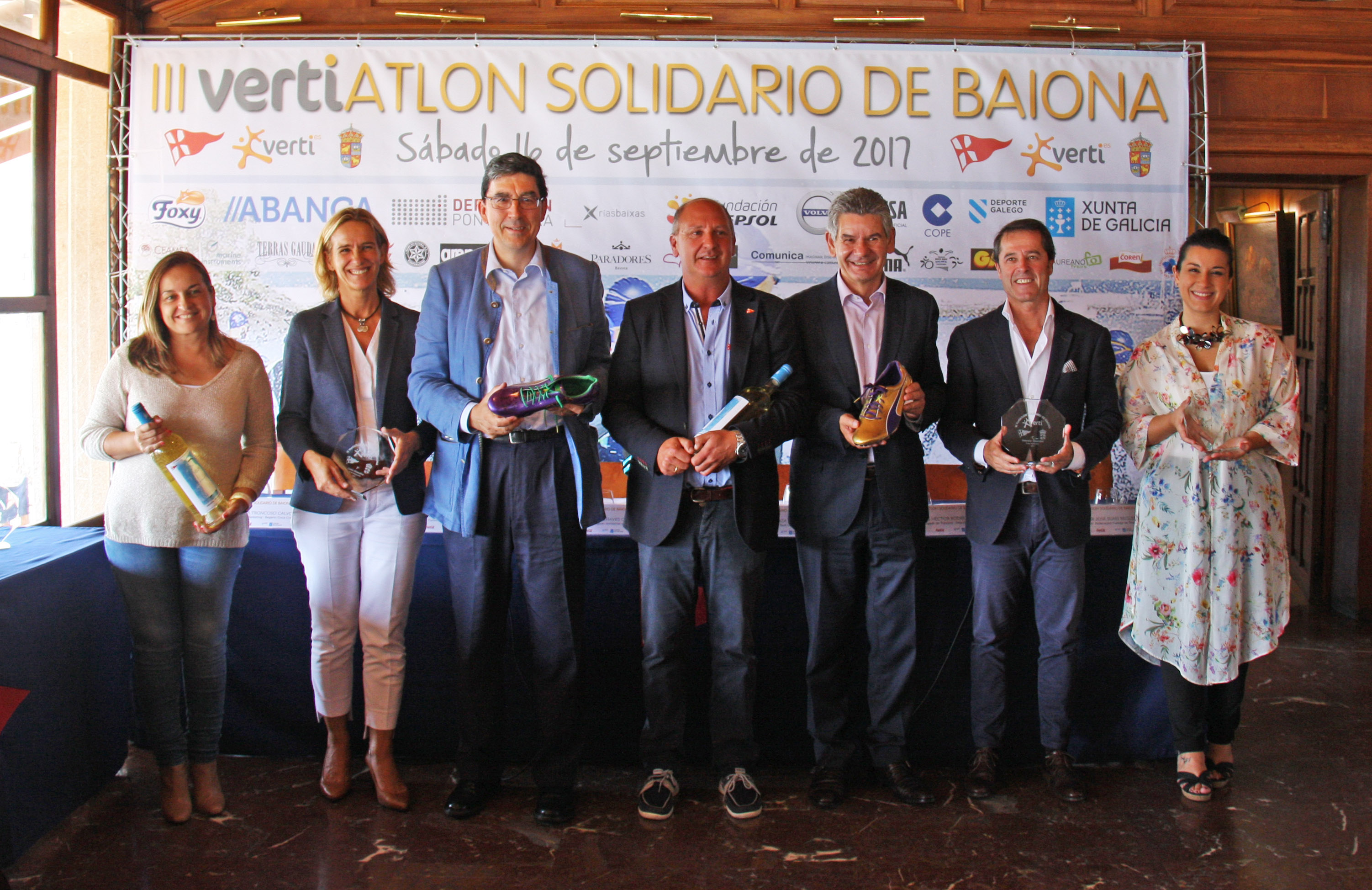 · More than 200 athletes have signed up to participate in a triathlon that will develop its swimming, cycling and running events in the waters of the bay and various streets of the fishing village

At the awards ceremony, all the participants will be raffled off with sneakers signed by Usain Bolt, a replica of the ones he wore when he left the slopes this summer

Baiona, September 14, 2017.- This Saturday, the Solidarity Vertiathlon returns to Baiona, a sports competition for social inclusion whose main objective is to raise funds for the Monte Real Adapted Sailing School, which makes it easier for people with functional diversity to approach the sea under equal conditions.

Organized jointly by the yacht club and the Baiona city council with the sponsorship of Verti Seguros and the collaboration of numerous brands and companies, the Solidarity Vertiathlon celebrates its third edition in 2017 with the participation of more than 200 athletes from different Galician points.

Next Saturday, starting at four in the afternoon, the participants will have to complete the three tests of a sprint triathlon that will be coordinated by the Galician Triathlon Federation. A swim between the beaches of A Barbeira and A Ribeira, in the urban center of Baiona, will be the first of the challenges, which will be followed by a 20-kilometre bike ride with several laps between the Baredo and Santa Marta roundabouts . The last race of the day will be a 5 kilometer race around the Parador Nacional.

At the official presentation of the Solidarity Vertiathlon, held this morning at a press conference in Baiona, the vice president of the Monte Real Club de Yates, Alejandro Retolaza, was very satisfied with the great reception that the event has once again received. “This is the third year in a row that we celebrate the Vertiathlon and we once again exceed the number of 200 people registered -he said- , 200 supportive athletes who will make it possible for many people with disabilities to continue enjoying the sea through our Adapted Sailing School”. The vice president of Monte Real also wanted to thank the support that the more than 100 volunteers registered for the organization tasks will give to the competition.

At the press conference held this morning in Baiona, the president of the Galician Triathlon Federation (FEGATRI), Óscar José Surís, also spoke, who in addition to explaining the details of the test, announced that on Saturday he will be in the Vertiathlon among the participants, trying to complete the three tests in the best possible time.

The Monte Real Adapted Sailing School, to which all the money raised will go, was the focus of the speech by the deputy delegate for tourism from the Pontevedra Provincial Council, Santos Héctor Rodríguez. He said that it is “an instrument that guarantees equal opportunities” and a “vehicle to show the most human values of sport.”

The inclusive aspect of the initiative was also the argument of the intervention of the delegate of the Xunta de Galicia in Vigo, Ignacio López Chaves, who took advantage of the occasion to praise the program “Amaromar”, another of the social inclusion actions that the regional government promotes in collaboration with Monte Real.

The presentation of the Vertiathlon was also attended by the territorial head of the Department of Social Policy, Marta Iglesias; the councilor for tourism in Baiona, Beatriz González; and the head of marketing for Begano-Coca Cola, María Troncoso.

The third Solidarity Vertiathlon will once again have the Olympian Susana Rodríguez Gacio as its godmother, and will raffle among the participants sneakers signed by Usain Bolt, a replica of the ones he wore when he said goodbye to the tracks this summer at the World Championships in Athletics held in London.

The boots of the eleven-time world champion and eight-time Olympic champion, created exclusively for his last race, will be raffled off during the award ceremony for the winners, which will begin at a quarter to seven at the Monte Real Club de Yates facilities.

In order to guarantee the correct celebration of the third Solidarity Vertiathlon, the Baiona Local Police will cut off traffic on the 550 district road from the gas station roundabout to the Baredo roundabout, from 4:00 p.m. to 6:30 p.m., at which time it is expected the end of the cycling test.

There will be, yes, alternative itineraries for drivers. Vehicles that want to enter or leave downtown Baiona can access via the EP-2202 (ascent to the Virgen de la Roca), by the EP-2201 (ascent to Baíña) and by the EP-2203 (Baredo); and those who want to go towards Oia or Vigo, can use the AG-57 ring road.