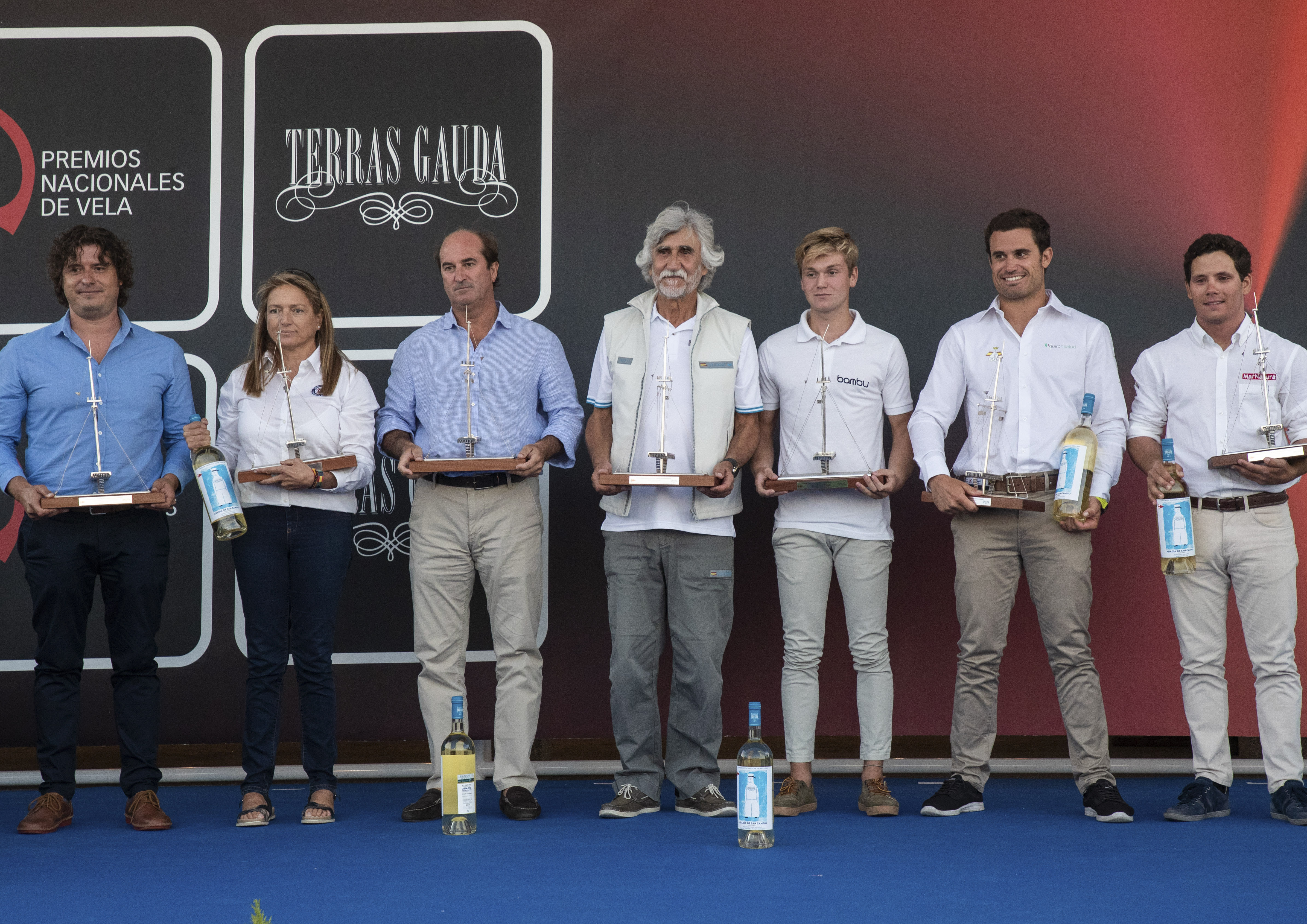 The MRCYB village hosted this afternoon, at 8:00 p.m., the delivery of the prestigious Terras Gauda National Sailing Awards, which this year has celebrated its twenty-seventh edition and has awarded the best teams and sailors of the 2018 season

The person in charge of opening the event was the president of Monte Real, who took advantage of his speech to congratulate each and every one of the award winners and thank Terras Gauda for their support, as well as all the sponsors who have made it possible for another year , the Prince of Asturias. After Álvarez, José María Fonseca succeeded him at the microphone to later give way to the awards ceremony.

The winners in this twenty-seventh edition of the Terras Gauda National Sailing Awards have been the Estrella Damm as the best ORC boat; Bribon Movistar with the prize for the best boat; Diego Botín and Iago López Marra, Olympic team of the year; Martín Wizner and Pedro Ameneiro, best youth team of 2018; the J70 Marnatura, best one-design of the year; Violeta del Reino, best sailor; Nauta 360 with the Mariano Aguado communication award and Galicia 93 Pescanova as the best sports project, in the year in which the twenty-fifth anniversary of its podium in the Tour of the World of Sailing is celebrated.

Galicia 93 Pescanova and Bribon Movistar were precisely the main protagonists of the awards ceremony. Nava Castro, director of Tourism for the Galician community, was in charge of collecting the Galicia 93 award in representation of the commitment that the Xunta de Galicia made in its day to promote and make a reality the podium of the boat that everyone knew as “pez flying”. For their part, the entire crew of the King Don Juan Carlos, who in the end could not attend to collect the award, went up on stage to collect the 6-meter Bribon Movistar award for best boat of the year.