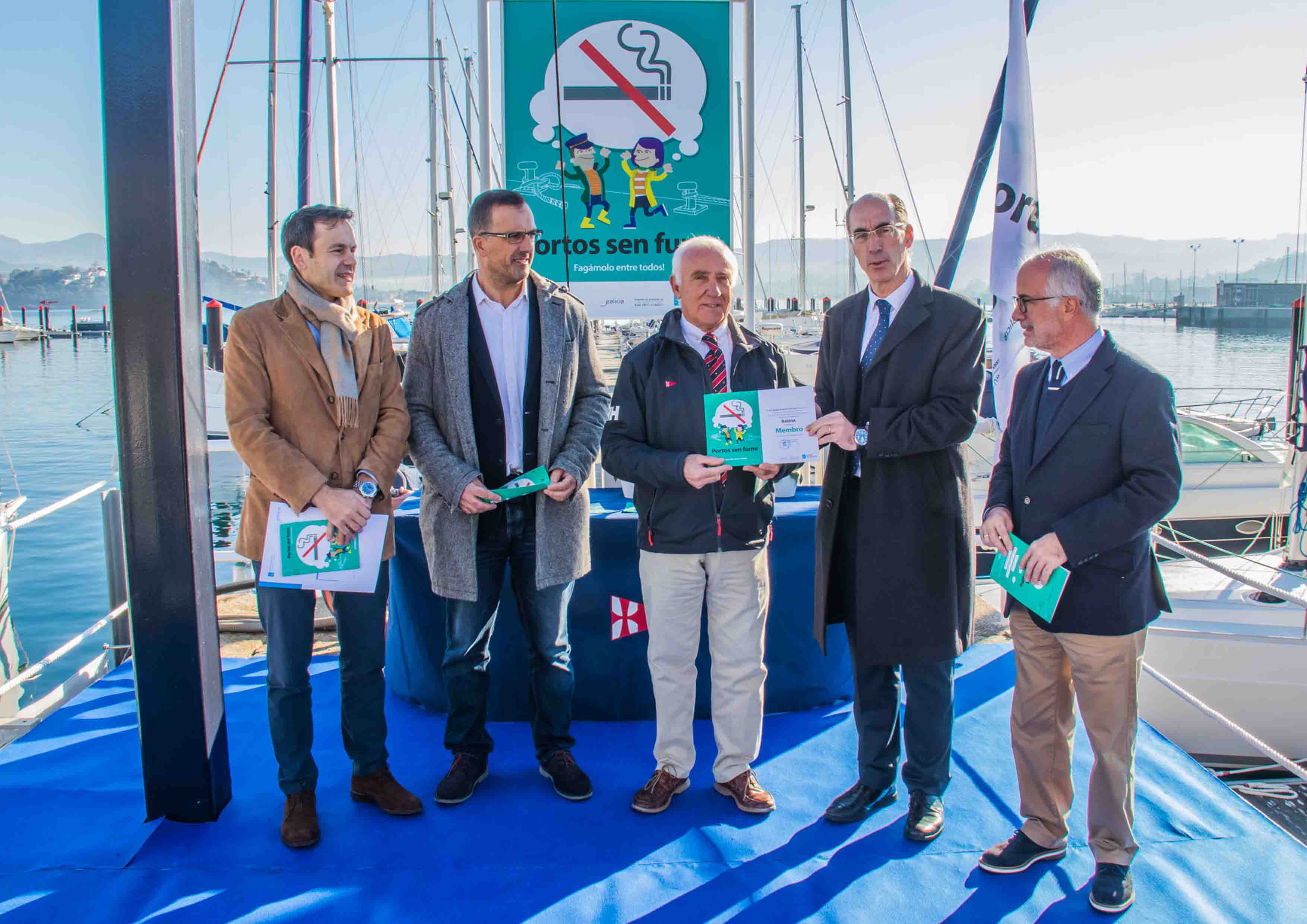 The Monte Real Club de Yates is officially a smoke-free port from this Friday. This morning, the Minister of Health of the Xunta de Galicia, Jesús Vázquez Almuíña, presented the president of the entity, José Luis Álvarez, with a diploma that recognizes the participation of Monte Real in the Galician Network of Smoke-Free Ports.

The Baionese club thus joins the Portonovo Yacht Club, the Portosín Real Club Náutico and the Ribadeo Real Club Náutico in an initiative promoted with an educational and social awareness purpose, with the main objective that adults become figures exemplary and set an example with their attitudes, in this case without smoking, to the little ones.

The pontoon and slipway area of the port of the Monte Real Yacht Club, through which thousands of people pass each year between transits and athletes, thus becomes a healthy and sustainable environment in which, from today, you can not smoke. It is a personal commitment that the users of the club will have to assume, since there will be no surveillance or sanctions for those who fail to comply with the rule.

In the delivery of the diploma to Monte Real, the Minister of Health of the Xunta de Galicia, Jesús Vázquez Almuíña, congratulated the club for continuing to be, once again -he said-, one of the pioneering clubs in Galicia at the time to promote initiatives and launch new proposals like this one. What it is about, Almuíña said, is to “make visible that tobacco smoke is not good and that excluding it from all public places will give everyone a better quality of life” .

The president of Monte Real, José Luis Álvarez, thanked the regional head for his visit to Baiona and promised to continue betting on the environment and health. “Every day ,” Álvarez said. We work so that everyone’s future is better and making our home a smoke-free space is taking another step in that direction” .

Baiona, Corcubión and Rianxo are the three municipalities in Galicia in which all their beaches have been declared “beaches without smoke”, but there are a total of 45 municipalities that have also joined the initiative, with a total of 79 smoke-free beaches. tobacco.

In the case of marinas, the Monte Real Club de Yates is the fourth to join the Galician Network of Smoke-Free Ports, of which the Portonovo Yacht Club, the Portosín Royal Yacht Club and the Royal Ribadeo Nautical Club.

“The Royal Mount – said the president of Portos de Galicia, José Juan Durán- It is the last port to join the network but there are still more than 40 that we want to join as well, so we have room to continue working in the line of excellence that we want for the nautical facilities of Galicia” .

The mayor of Baiona, Ángel Rodal, also took part in the act, who in 2018 received, for the second consecutive year, the gold award from the Smoke-free Beaches initiative of the Xunta de Galicia, after having declared all the beaches of the region tobacco-free. municipality. Baiona thus becomes, said the councilman, an exemplary place with measures ” that impact both the environment, by reducing the number of cigarette butts that end up in the sea, and health, by preventing people from breathing the smoke of smokers” . 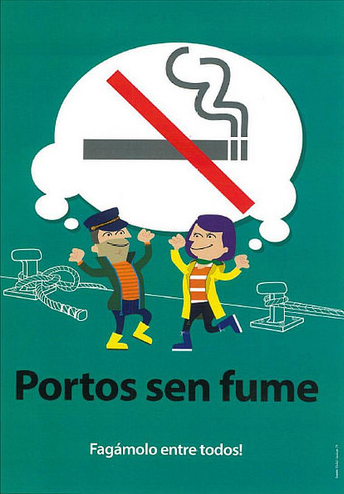