The HELLO! Ladies Cup commemorates the V Centenary of the first round the world in the framework of the Prince of Asturias Trophy 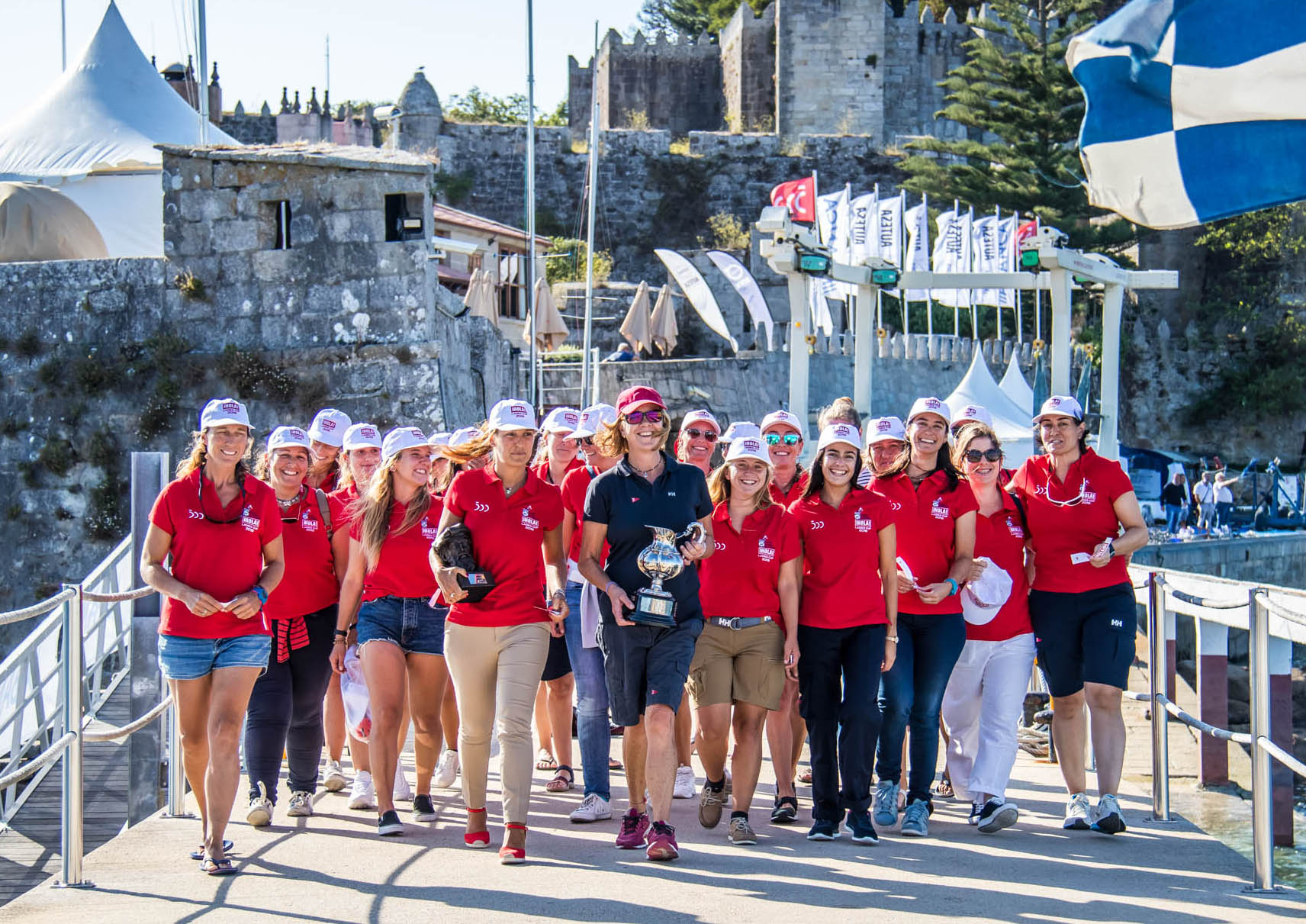 · The pioneer HELLO! Ladies Cup, which this year celebrates its twenty-third edition, is one of the exclusively female nautical competitions with the longest history in Spain

In Baiona, boats such as the Pairo 8, the Aceites Abril and the Yess Too, three of the sailboats that repeat year after year in the regatta with firm aspirations for the title, are ready to go out on the water tomorrow.

The Prince of Asturias Trophy will mark the premiere in competition in Spain of Jaime Alonso’s Marina Combarro, the last boat to join the Spanish 6-meter fleet

This year, the Monte Real Club de Yates joins the celebration of the 500th anniversary of Magellan and Elcano’s circumnavigation of the world with the delivery of a special award within the framework of the historic Prince of Asturias Trophy, which will be held starting tomorrow in Baiona.

The prize will be received by the crew that wins the pioneering HELLO! Ladies Cup, one of the most historic exclusively female nautical competitions in Spain, which in 2019 celebrates its twenty-third edition.

The Juan Sebastián Elcano Trophy, named in honor of the Spanish navigator who was the protagonist of one of the feats that changed the history of the world, is a bust of the Basque sailor made in lost-wax cast bronze by Antonio Miranda.

This initiative is part of a series of actions framed in the Commemoration of the V Centenary of the expedition of the first circumnavigation of Fernando de Magallanes and Juan Sebastián de Elcano that will be held during the next four years.

The first “around the entire roundness of the world” , in the words of Elcano himself, is considered one of the great feats in the history of humanity since, in addition to verifying that the earth was spherical and not just round, it represented great advances for the cartography, commerce or communications. The journey lasted from 1519 to 1522.

The HELLO! Ladies Cup is consolidated as a feminist bet

In a year in which several Spanish competitions have opted for women by creating sections for exclusively female participation, the ¡HOLA! Ladies Cup is consolidated as one of the trophies with more tradition and history in Spain. In this 2019 it turns 23 years old with the same philosophy with which it was created, that of giving visibility to women in a sport that, to this day, is still mostly male.

In this new edition, Spanish and Portuguese sailors will participate, for the most part, but on board the Figaros del Monte Real in which the participants will compete, Swiss, Italian and Slovenian accents will also be heard. And it is that the competition has been acquiring, over the years, international touches.

This year the title will be disputed by a team from the Club Náutic Sant Carles de la Rápita skippered by Anna Dolcet; another from the Real Club Náutico de Puerto Pollença, led by Pilar Casares; and two more from the Madrilenian Sailing Federation, with Laura Gil and Inés Zurita at the helm. We will also see the current champion, Marta Ramada, who will try to repeat the title for the third consecutive year; and a crew from the Naval Military School led by Lara Lagoa.

The countdown begins for the Prince of Asturias Trophy

The Monte Real Club de Yates lived with hustle and bustle this day prior to the start of the Prince of Asturias Trophy, in which the participating crews continued to arrive at their pontoons. The countdown has begun for the great sailing competition in Galicia and in Baiona boats such as the Pairo 8, the Aceites Abril or the Yess Too are ready to go out on the water tomorrow, three of the sailboats that repeat in the regatta year after year with firm aspirations to the title. They compete in the Martin Miller ORC 1 class with boats such as the Starfighter of the Julio Rodríguez (RCN Vigo), the Arroutado of José Manuel Pérez (RCN Portosín) or the Mirfak of Diego López, of the Naval Regatta Commission of the Navy, among others. .

In the Aceites Abril ORC 2 class, which will also go out to compete tomorrow Friday from three in the afternoon, we will see Jean Claude Sarrade’s Fend la Bise, Joao Tourigo’s Farofino, or Francisco Edreira’s Cachete. And in the Gadis ORC 3 class, Luis García Trigo’s Unus, Vicente Cid’s Deep Blue 2.0, Jacobo Solorzano’s Bunda and Jaime Núñez’s Raygrass III are some of the favorites.

Tomorrow, Friday, in addition to ORCs 1, 2 and 3 and the girls from the HELLO! Ladies Cup, also inaugurate the Solventis J80 class trophy, in which practically the entire Galician fleet will meet, including the recently winner of the regional champion title, Javier de la Gándara’s Okofen.

New addition to the 6M fleet

The Prince of Asturias Trophy will mark the debut in competition in Spain of the Marina Combarro, formerly known as Cream, the latest boat to join the Spanish 6-meter fleet. The boat, armed and skippered by Jaime Alonso from Vigo, dates from 1979. It was designed by veteran Swedish naval architect Pelle Petterson, built in Sweden, and managed to win the 1979 World Championship and the 1980 European Championship.

It has recently been completely renovated and after participating in the European La Trinité, in France, this weekend it will be released in Galician waters.
The Marina Combarro will compete, among others, with the Bribón 500 Movistar, recent world champion in Finland in the 6 meter class, in which the Galician Pedro Campos will be on board. Another prominent Galician sailor, Miguel Lago, will take command of the Alibabá II; and Jaime Rodríguez-Toubes from Ferrol will do the same with the Armada 500. In the absence of closing the registration period, they have also confirmed their participation in the Baiona competition: Caprice by Íñigo Echenique, Maybe XIV by Eugenio Galdón; and Patrick Monteiro’s Seljm.