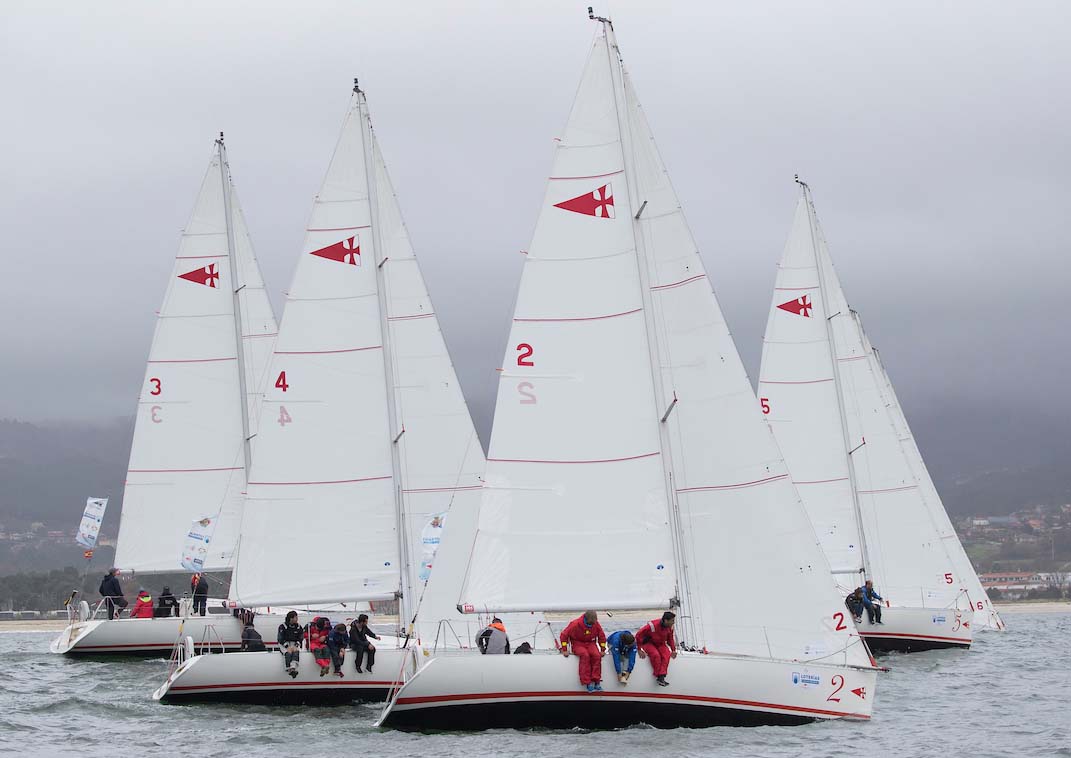 · The RCN Arrecife crew, led by Leonardo “Nete” Armas, remains the leader of the league, stalked from second and third position by the teams from A Coruña and Gran Canaria

· The competition organized by the Monte Real Club de Yates by delegation of the Royal Spanish Sailing Federation will conclude tomorrow, Sunday, with the final tests and the delivery of prizes to the winners

The Spanish Sailing League – State Lotteries and Betting Trophy entered its final stretch this Saturday in Baiona after holding the second day of tests, in which the crew of the Real Club Náutico de Arrecife, who had been leading the first round, managed to stay ahead.

Today was a full and complicated day in the bay of Baiona. Complete because the fleet was able to compete in the 10 planned races (which makes a total of 18) in the regatta programme; and complicated by the weather, which again left significant showers, which delayed the assembly of the regatta field and the start of the tests. Luckily, the wind did help the crews and added excitement to the day, blowing between 12 and 14 knots on average and gusts of up to 18-20 knots, and staying from the south, quite stable throughout the round. 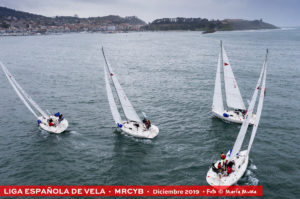 Under these conditions, the crew of the Real Club Náutico de Arrecife managed to stay on top of the partial podium after signing two first and two second places in the races held today, and finishing the day with 24 in the provisional general classification.

The people of Lanzarote are leaders closely followed by the team from the Real Club Náutico de A Coruña, skippered by Miguel Fernández, who today, as he did on the opening day, once again sealed two first places and stalks them from second position with 28.91 points. 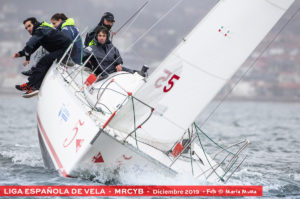 There are also no changes in third place in the classification, in which the crew of the Real Club Náutico Gran Canaria remains, with 30.82 points. That tight separation of points between the top three classified will be what will guarantee, tomorrow, Sunday, the excitement ahead of the last round. 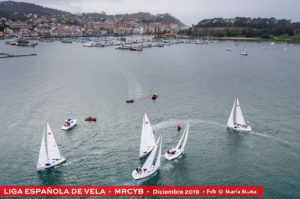 Outstanding was also the performance today of the home team. The crew of the Monte Real Club de Yates, led by Fernándo Yáñez, signed a first, three second and two third places, which allowed them to climb from sixth to fourth position, placing them just outside the podium. 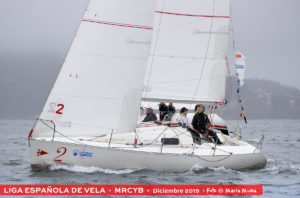 The Spanish Sailing League – Loterías y Apuestas del Estado Trophy will conclude its passage through Baiona tomorrow, Sunday, with the celebration of the definitive tests on the water and the subsequent awarding of prizes to the winning crews. It will be, once again, a day of all against all in the last 10 heats of the windward-leeward type that will end up defining the winners’ podium.

The Monte Real Club de Yates, organizer of the competition by delegation of the Royal Spanish Sailing Federation, will put an end to the event by hosting the awards ceremony in its facilities, which will be attended by the president of the club, José Luis Álvarez; the president of the Galician Sailing Federation, Manuel Villaverde; the mayor of Baiona, Carlos Gómez; the provincial head of Sports of the Xunta de Galicia, Daniel Benavides; and the Provincial Deputy for Sports, Gorka Gómez. The delivery will start at half past four in the afternoon. 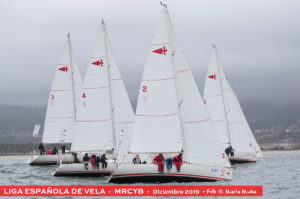