Great premiere in Galicia of the Spanish Sailing League 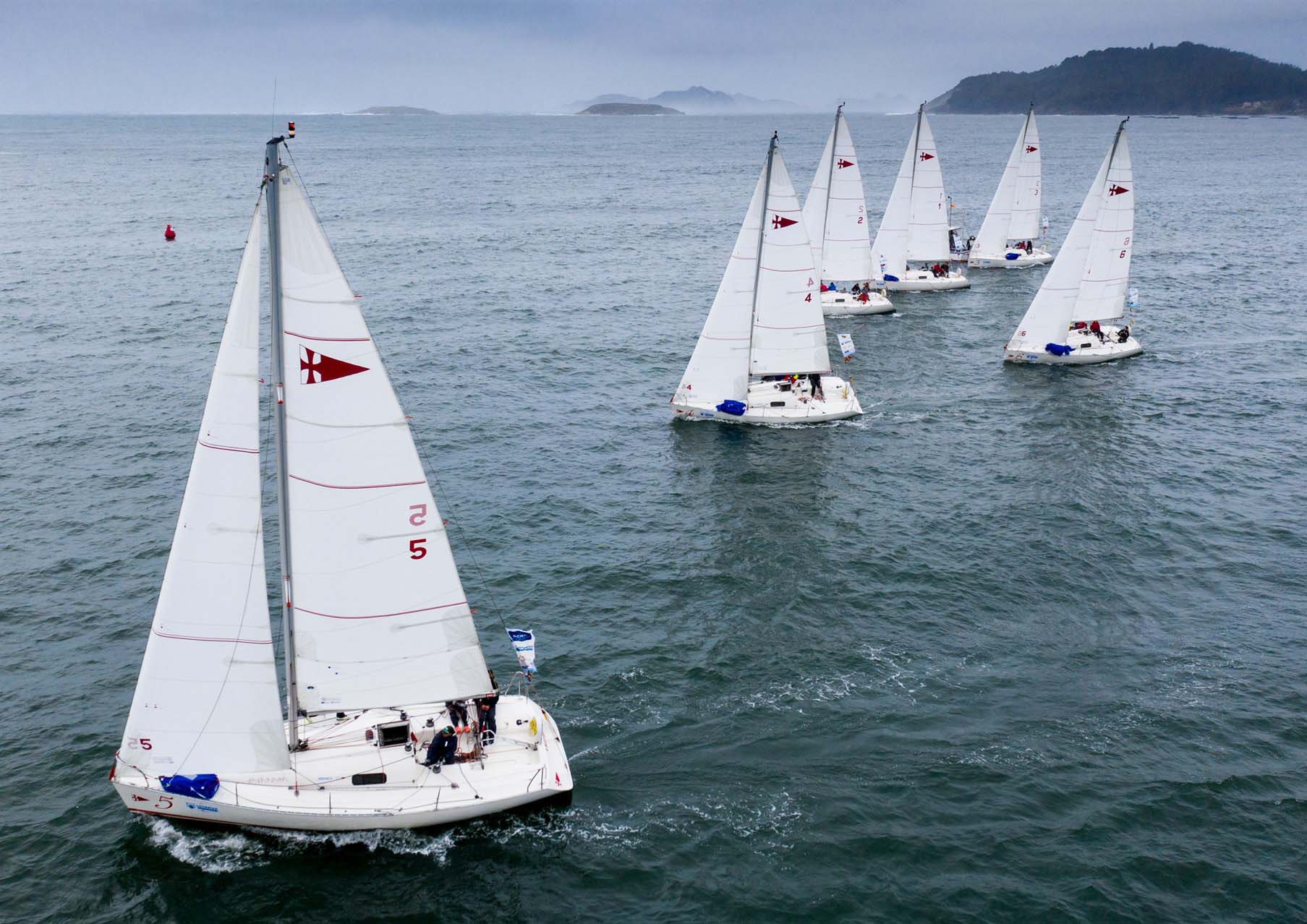 · The crew of the Real Club Náutico de Arrecife with Leonardo “Nete” Armas at the helm took the lead after beating their 9 rivals in the 8 races held with a round robin design.

· Tomorrow, Saturday, starting at eleven o’clock, the second day will be held with the same test system and all the crews back in the running aspiring to continue scoring for the final on Sunday

The Rías Baixas received this Friday the fleet of 10 participants from the different Spanish clubs that aspire to become the national representative in the European Sailing League, a privilege that will be granted to the winner of this competition.

On the opening day, the crew of the Real Club Náutico de Arrecife (Lanzarote), with the world runner-up and winner of several editions of the Copa del Rey, Leonardo “net” Arms to the cane, he became the leader after beating his rivals in the tests played with a league design of all against all. 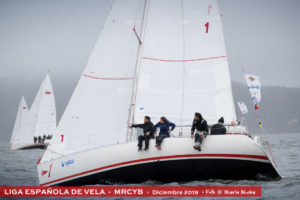 The people from Lanzarote participated in 6 of the 8 disputed races signing four first places, a second and a third. After finishing the round, “Nete” Armas was very satisfied with the great work done by his crew.

“They were ,” said Armas, Very intense and complicated tests, very short and with the boats very close together, but also very fun. The truth -he assured- is that we enjoyed them a lot and the boats (the Figaro Beneteau del Monte Real), which were in very good condition, were not bad at all”.

The Real Club Náutico de Arrecife team was, without a doubt, the best in the first round, and will reach the second phase with 9 points on the scoreboard, 3 behind their most direct rival, the team from Real Club Náutico de A Coruña , led by Miguel Fernández, who is second with 12 points.

In third position is the Real Club Náutico Gran Canarias of the Olympic and 420 world champion, Onán Barreiros, who with 14 points holds the provisional bronze.

This first day of the Spanish Sailing League – Loterías y Apuestas del Estado Trophy was held under conditions that were not as complicated as initially expected. The wind blew with an average of 10 knots and peaks of between 13 and 14, and remained flat for most of the tests, blowing from the south-southwest. 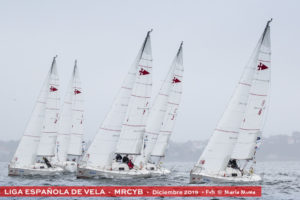 The 10 participating clubs competed under equal conditions, aboard the Figaro Beneteau del Monte Real Club de Yates. A total of 8 double-lap windward-leeward routes were completed with a little more than a mile in total, in fairly agile tests that allowed the rotation of the different clubs according to the established round robin system. 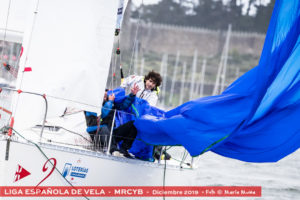 The regatera day ended on land with a seafood dinner attended by all the participating clubs and members of the committees and organization. Tomorrow, Saturday, if the forecasts are met, the competition will resume at 11 in the morning with an identical program of 10 technical tests in the Bay of Baiona. 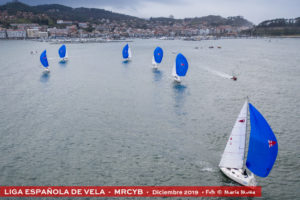 The Spanish Sailing League – Loterías y Apuestas del Estado Trophy will end on Sunday with the celebration of the last regattas and the awarding of prizes to the winners. 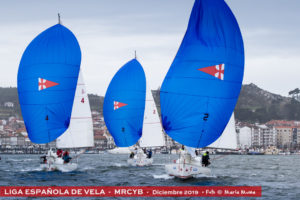