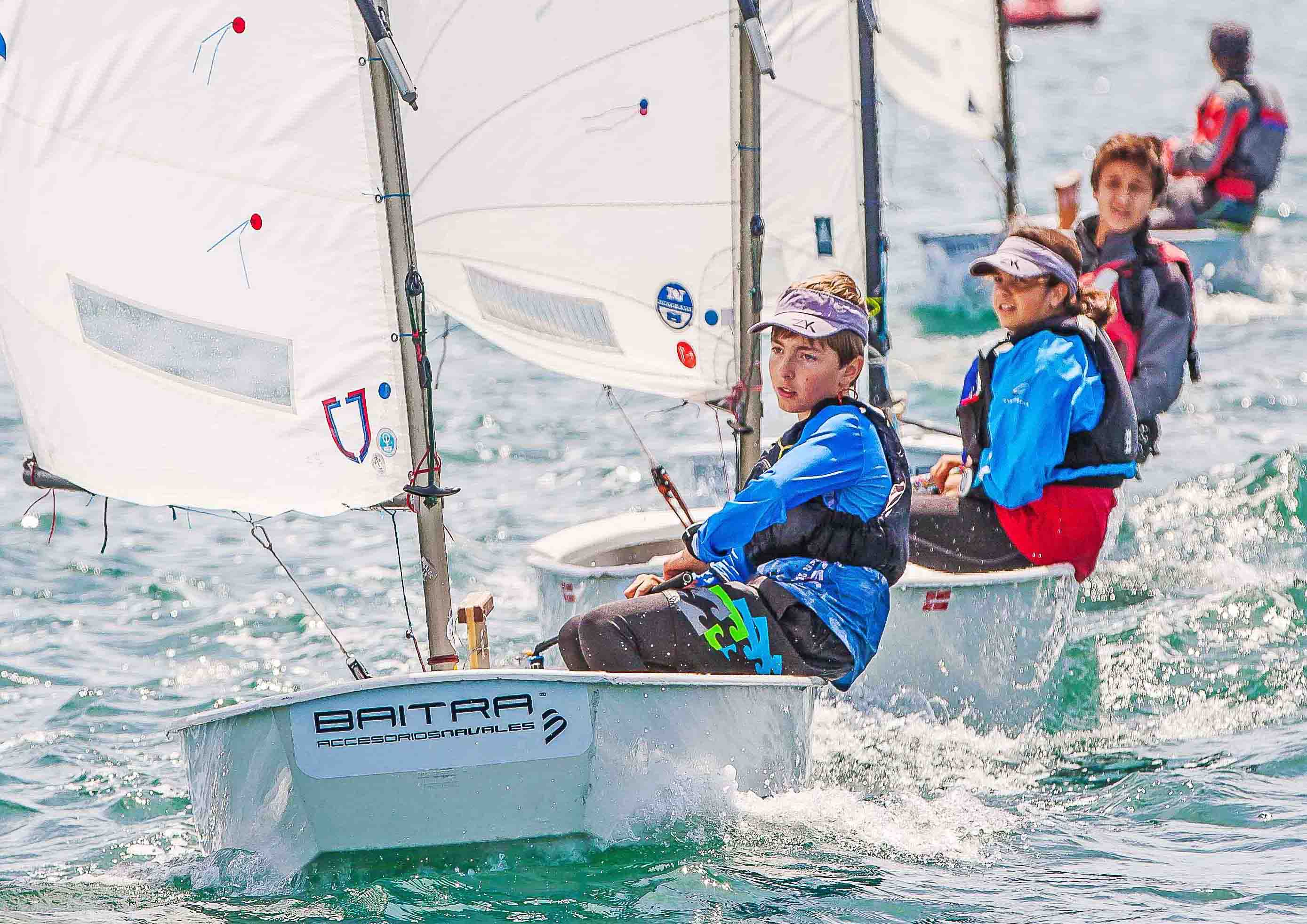 40 Optimist sailors from the main sailing schools in Galicia will meet this weekend in Baiona to participate in a new edition of the Baitra Children’s Sailing Trophy, which the Monte Real Club de Yates is once again organizing with the sponsorship of Baitra Naval Accessories to promote basic sailing in Galicia.

The Club Marítimo de Canido, the Real Club Náutico de Vigo, the Club Marítimo Carrumeiro and the Monte Real Club de Yates itself will be represented in the regional competition, which will take place over two days, next Saturday and Sunday.

During the two days that the competition will last, the fleet will compete in four categories: A, B, C and School. For them, the regatta committee will schedule a maximum of six tests inside the Bay of Baiona. They will be trapeze routes lasting approximately 40 minutes, with a shortened route for School sailors.

On Saturday the tests will begin at half past two in the afternoon, once the sailors’ reception in Baiona and the meeting of coaches and committees have finished. The first starting signal on Sunday will be given a little earlier, at half past eleven, with the aim that the regattas can be finished before half past four, the time at which the awards ceremony is scheduled to be held. Trophies will be awarded to the top three finishers in each category and the winner of each will also receive a check to purchase nautical equipment.

The Baitra Dinghy Sailing Trophy is celebrated one more year thanks to the sponsorship of Baitra Accesorios Navales, a company dedicated to the commercialization and distribution of quality naval accessories and equipment, based in Baiona, which for years has maintained a firm commitment to children’s sailing in Galicia.