The Baitra League gathers 50 boats this weekend in Baiona 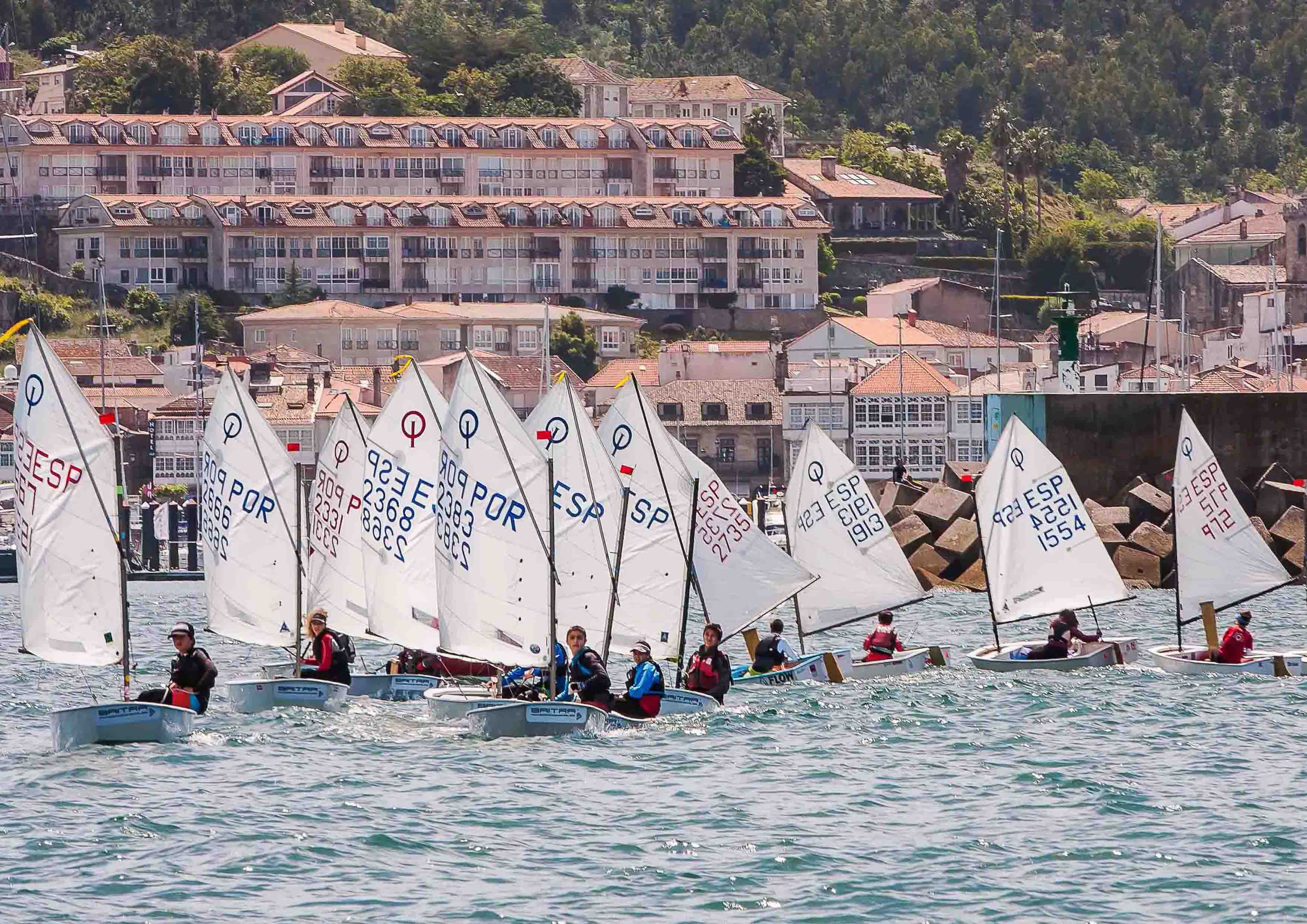 After almost 10 months of competition and 20 disputed regattas, this weekend the Baitra League is decided in Baiona, in which more than fifty children between 7 and 17 years old, from the Optimist classes, participate since last September. and 420.

The competition, created by the Monte Real Club de Yates and Baitra Accesorios Navales to promote children’s sailing in Galicia, comes to an end with the last tests that will finish drawing the winners’ podium.

Little Yago Marquina, a sailor since he was 8 years old and currently 12, starts as the favorite to win the gold in the Optimist class. With 27 points, he is first in the standings, followed a short distance behind by Nacho Salgueiro and his brother Pablo Marquina, with 32 and 33 points respectively.

In the 420 class, the tandem formed by Sandra Trigo and Rosalía Martínez has all the tricks to revalidate the title achieved in 2017, when they managed to climb to the top of the podium. This year, after finishing third in the women’s section of the Baitra Trophy, held in February, they are back with a vengeance to once again win the league’s grand prize.

Both the Optimist and the 420 will compete in the last rounds of the Baitra League in a regatta field that will be located inside the bay of Baiona, very close to the coast, so that anyone who wants to can enjoy the competition from the surrounding beaches.

On Saturday the sleeves will start at noon and on Sunday they will be a little earlier, with a scheduled start at eleven in the morning. The small sailors will have to complete several routes in the form of a trapeze, which will score on the current classification to define the final result.

In addition to the students from the Monte Real Yacht Club Sailing School, this year a group of sailors from the Club Marítimo de Canido will join the competition, with whom the club from Baiona maintains a very good relationship, which has allowed for exchanges and joint activities for years.

Several Omega boats from Monte Real will also go out on the water, although already out of competition, in which boys and girls for beginners to sailing will be on board, so that they can live the experience of the regattas from within.

The Social League will end with the awards ceremony for the winners, on Sunday at four in the afternoon, in which the manager of Baitra, Juan Carlos González, will participate as sponsor of the event and one of the main promoters of children’s sailing in Galicia; and several representatives of the Baiona city council and the board of directors of Monte Real.