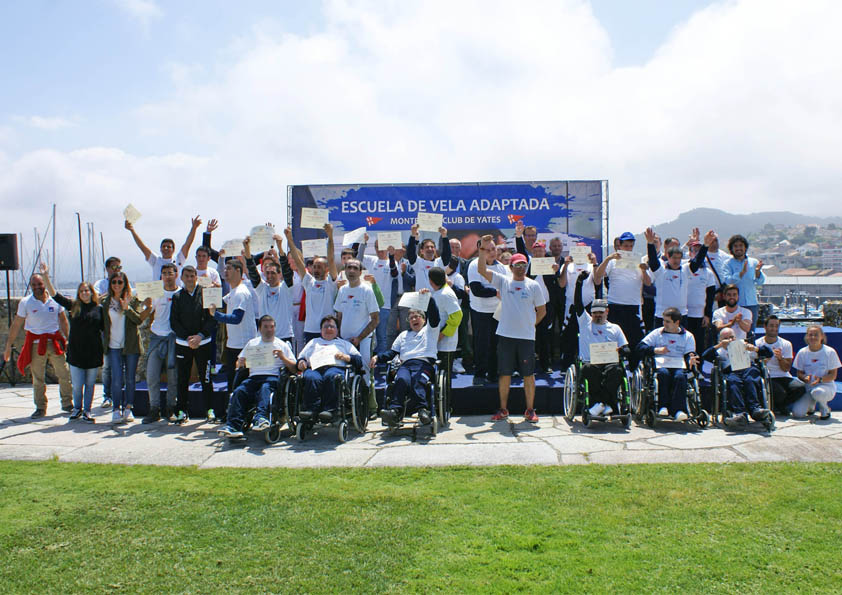 The Monte Real Club de Yates celebrated this morning in Baiona the sixth birthday of its Adapted Sailing School, created in 2012 with the aim of bringing the world of sailing closer to people with functional diversity, thus promoting their integration into society.

Over the last six years, more than 300 students with physical, psychosocial, cognitive and sensory disabilities have sailed on the club’s adapted boats thanks to the inclusive sailing courses that Monte Real has organized with the support of Fundación Repsol and the Xunta de Galicia through the Department of Social Policy and Galician Sport. 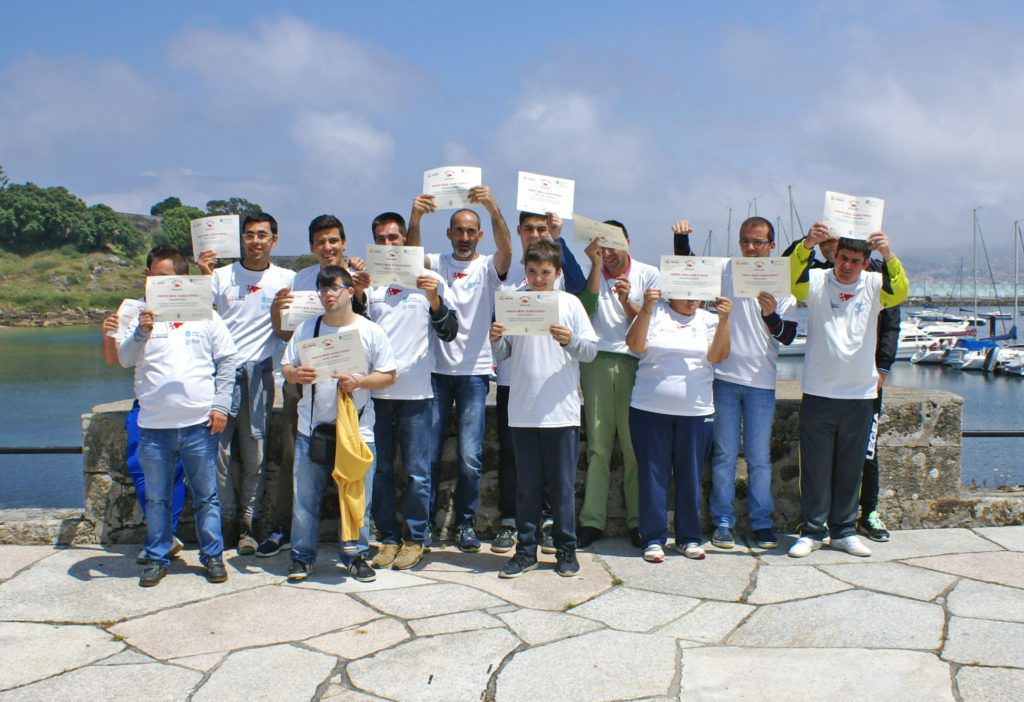 Improving the physical and emotional level of people with disabilities, increasing their self-esteem, encouraging relationships between colleagues, generating motivation and allowing them to enjoy direct contact with nature, bringing them closer to the sea, are the main benefits achieved with this type of activity , driven from the only school in the northwest of the peninsula that operates throughout the year.

The last students who have passed through Monte Real to participate in its “Vela para todos” program are users of associations such as the Juan María de Nigran Center, the Redondela Center for the Disabled and the Galician Association against Diseases Neuromuscular (ASEM Galicia). They have attended dinghy sailing and cruising courses, have sailed through the Bay of Baiona and have come to participate in high-level competitions such as the Prince of Asturias Trophy.

This Wednesday, as a finishing touch to their activities, they have attended the closing ceremony of the school and have received some diplomas that certify their participation in the courses.

During the event, the president of the Monte Real Yacht Club, José Luis Álvarez, recalled how education and employment have always been the two basic pillars to achieve full social inclusion, and how the club has bet – by a third pillar, that of sports practice.

“Ensuring that everyone who wants to can practice sport under equal conditions has been, from the beginning, our main objective and also our challenge. A challenge –he assured- that we have assumed a huge responsibility for everything that it implies” . It is about, said Álvarez, integrating people with disabilities into society as normally as possible, and nautical practice, from its most playful to the competitive section, is a form as good or better than any other, said the president of the Monte real. 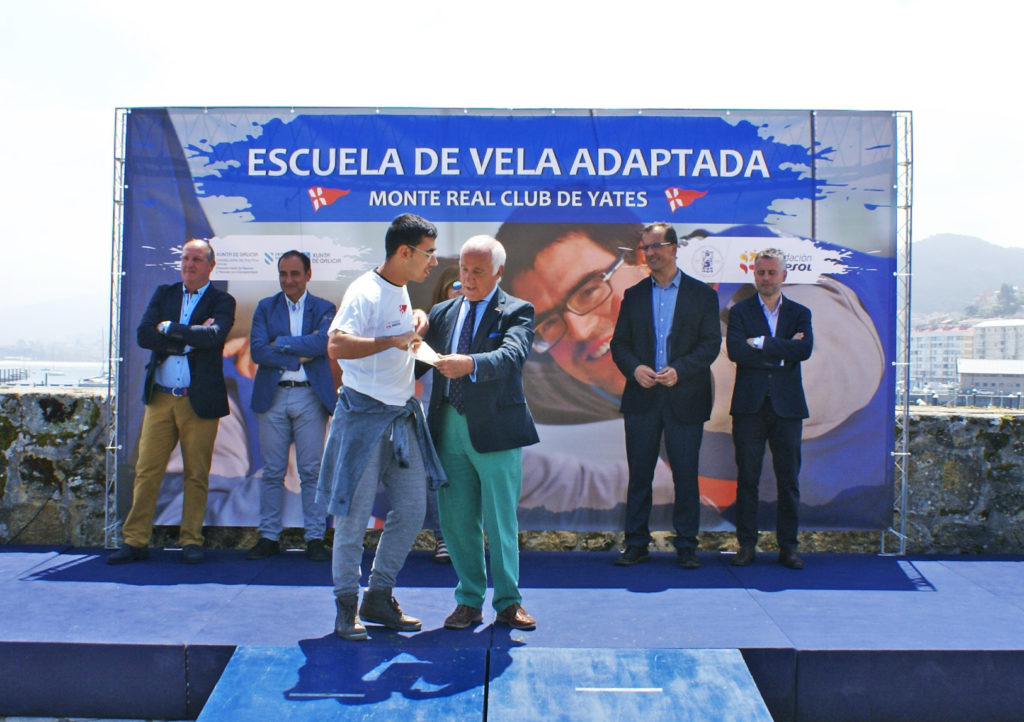 The Adapted Sailing School of the Baionese club currently has three GOS16 boats, a type of stable and safe boat that makes navigation easier for these people. It also has a specific crane so that students can access the boats more easily, an adapted path for them to travel through the club safely and several monitors specifically trained to teach them to navigate.

The closing ceremony of the sixth year of the Monte Real Adapted Sailing School was attended this Wednesday by the regional deputy director for the promotion of autonomy of the Xunta de Galicia, Luis Miguel Vázquez; the head of the dependency service of the regional government, José Ignacio Martínez; and the provincial head of sports, Daniel Benavides. Also present were the mayor of Baiona, Ángel Rodal; and several managers from Fundación Repsol, Luisa Roldan and Ana Ferguson from the Social Area and Inés González from Repsol’s marine and fishing department. 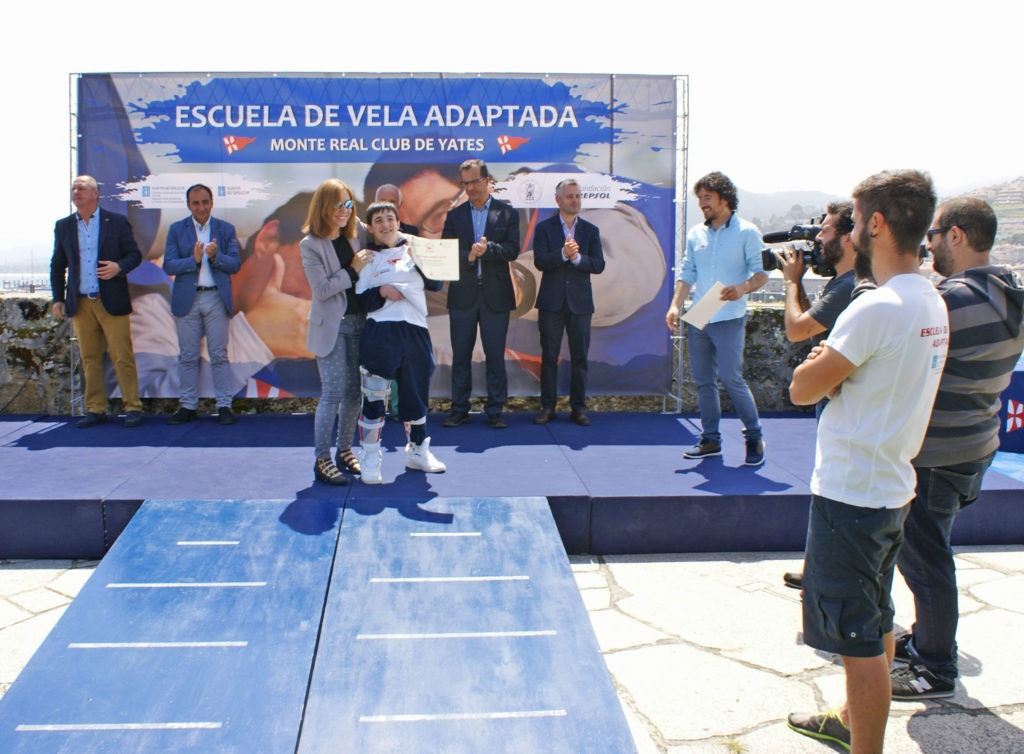 Several members of the Board of Directors attended on behalf of the Baionese club, and Vice President Alejandro Retolaza was in charge of closing the act. In his speech he made a brief review of the past, present and future of the Adapted Sailing School, like a dream -he said- that they could finally make a reality, and that they hope to continue consolidating in the coming years.

Retolaza also announces the celebration, on September 15, of the fourth edition of the Vertiathlon, a solidarity triathlon with which the club raises funds for its Adapted Sailing School.