Ribeira shines on the opening day of the Optimist Cenor Regatta 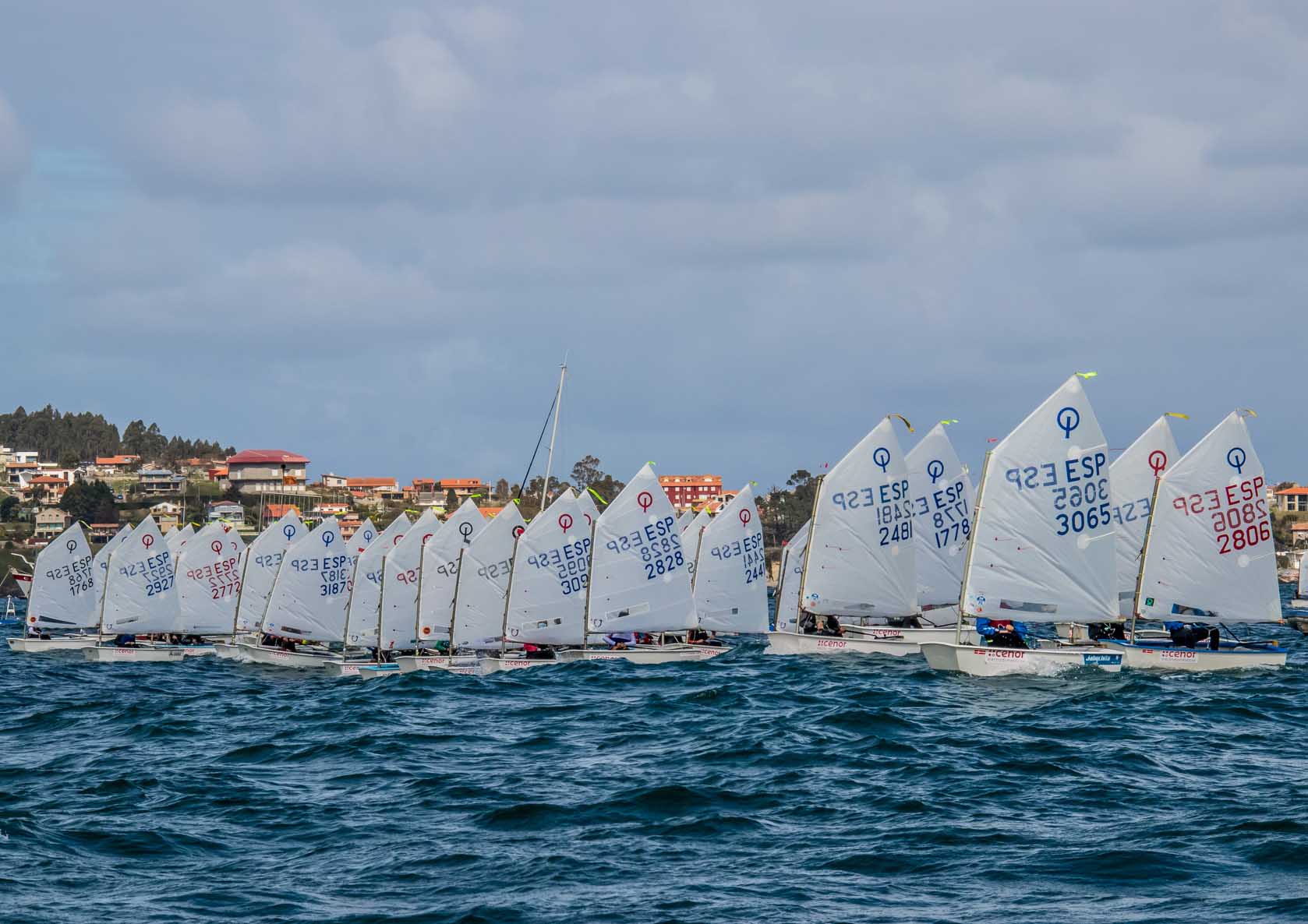 · The yacht clubs of Canido, Coruña and Baiona occupy the rest of the provisional podium positions that will be defined tomorrow, Sunday

This Saturday, Ribeira led two of his athletes towards victory in the Cenor Regatta, the Galician optimist qualifier that is being held this weekend in Baiona under the organization of the Monte Real Club de Yates, after placing them at the top of the classification provisional.

In the U-16 category, the winner of the day, with two fifths and one sixth place in the partials, was Jorge Álvarez, from the Ribeira Sports Yacht Club. He managed to beat Javier García, from the Real Club Náutico de A Coruña; and Miguel Rodríguez, from the Canido Maritime Club; who were, tied on points, in second and third position respectively.

In the competition for sailors from the blue group, those who are just starting out, the best classified after the first tests were Diego Lago, from the Oza Maritime Club, in the men’s category; and Lidia Radio, from the Real Club Náutico de Sanxenxo, in the women’s category.

The start of the competition was marked by a westerly wind that remained quite stable, shifting just a few degrees and allowing the initially designed regatta course to remain practically intact until the end, with just a few minor corrections. It also blew intensely, always above 8 knots, with an average of 13-14 and with peaks of up to 17, so the heats developed quickly.

The regatta committee, with Carlos Villar at the helm, was able to start the three tests planned in the sports program and the competition premiered some markers that will be complete tomorrow, Sunday, on the second and last day, which will be held from the morning.

In the afternoon, the facilities of the Monte Real Yacht Club will host the delivery of trophies to the winners, in which Cenor’s marketing director, Leticia Fernández; the president of Monte Real, José Luis Álvarez; the mayor of Baiona, Carlos Gómez; the territorial delegate of the Xunta de Galicia in Vigo, Marta Fernández; the deputy for sports from the Pontevedra Provincial Council, Gorka Gómez; and the president of the Royal Galician Sailing Federation, Manuel Villaverde.

This Optimist qualifier is organized by the Monte Real Yacht Club and the Royal Galician Sailing Federation and is sponsored by the Galician appliance and technology group Cenor. The firm, born in Santiago de Compostela in the early 1990s, currently works with more than 200 stores throughout northern Spain and maintains a firm commitment to sport, which it sponsors with the aim of promoting values in society. like work and effort.