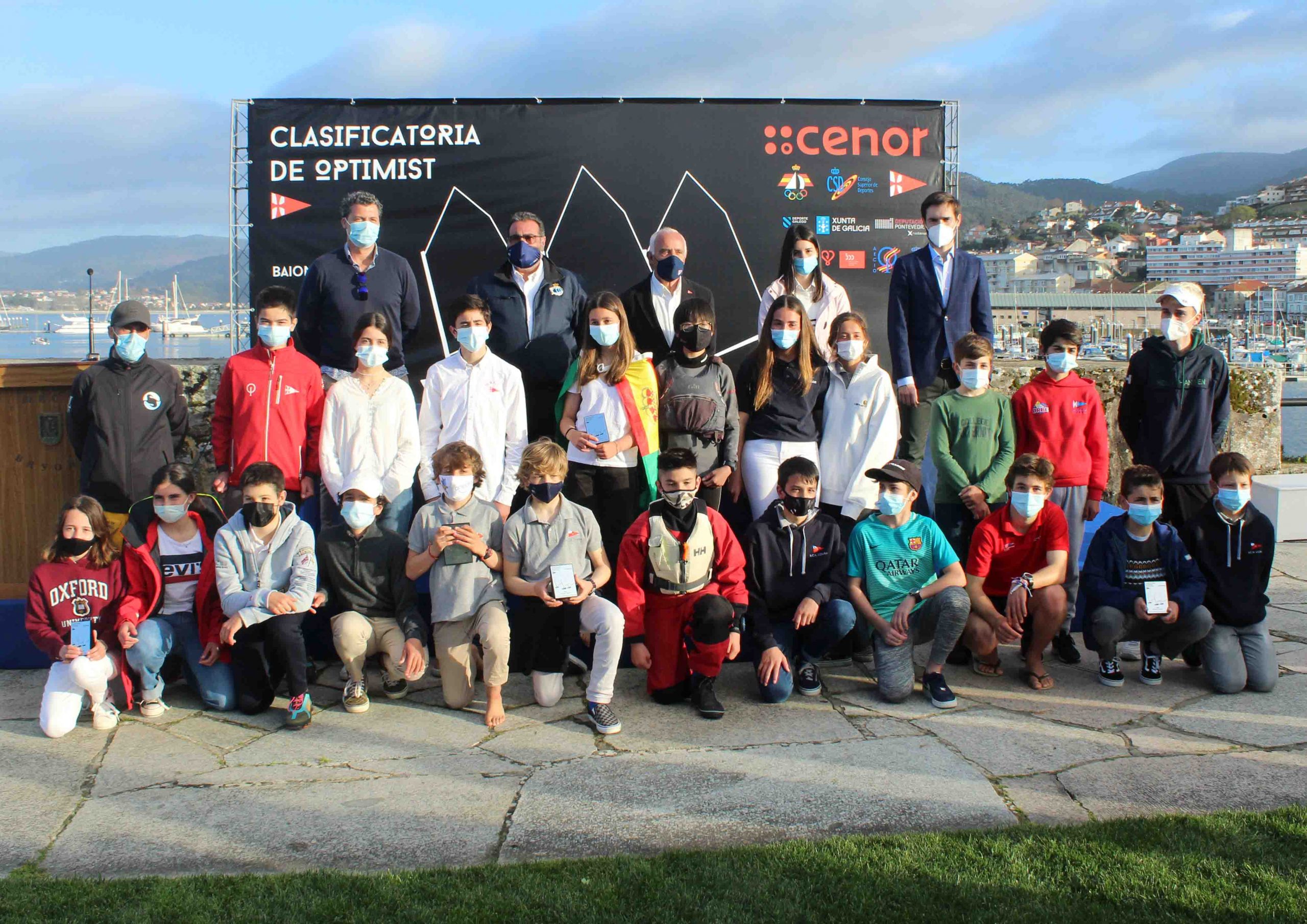 · In the last Galician qualifier organized by the Monte Real Yacht Club, the winners were Javier García from the Real Club Náutico de A Coruña in Sub16 and Bruno Iglesias from the Club Náutico Deportivo de Ribeira in Sub13.

· In the blue group of those who are just starting out in the world of sailing, the winners are Diego Lago from the Club Marítimo de Oza in the men’s category and Lidia Radio from the Real Club Náutico de Sanxenxo in the women’s category.

The Cenor Regatta organized this weekend by the Monte Real Club de Yates revealed the composition of the team that will represent Galicia in the 2021 Optimist Spanish Championship. The 20 Galician athletes who will attend the national tournament are the best ranked in the regional ranking that closed this Sunday after the last qualifying round was held in Baiona.

The winners were Javier García, from the Real Club Náutico de A Coruña, in the Sub 16 category; and Bruno Iglesias, from the Ribeira Sports Yacht Club, in the Sub 13 category. They received their trophies from Cenor’s marketing director, Leticia Fernández; and the president of the Monte Real Yacht Club, José Luis Álvarez.

The rest of the steps of the men’s podiums were covered by Bruno Iglesias (CND Ribeira) and Pablo Marquina (MRCYB) in second and third position in the Sub 16 category; and Fernando González and Jaime Díaz (both from RCN A Coruña) with silver and bronze in the Sub 13 category.

In the women’s section, the sailors who managed to get on the podium were Inés Ameneiro, from the Real Club Náutico de Vigo, among those under 16; and Arancha Rivero, from the Real Club Náutico de A Coruña, among those under 13 years of age. Those in charge of presenting their awards were the president of the Royal Galician Sailing Federation, Manuel Villaverde; and the mayor of Baiona, Carlos Gomez.

The sports deputy of the Pontevedra Provincial Council, Gorka Gómez, presented the prizes to the winners in the male and female category of the blue group, of those who are starting out in the sport of sailing. The winners were Diego Lago, from the Oza Maritime Club; and Lidia Radio, from the Real Club Náutico de Sanxenxo.

This final day was somewhat more complicated than the inaugural one due to the wind, which took time to enter and settle, forcing the start of the regattas to be delayed up to two hours. Once Eolo made an appearance, he looked from the northwest with an average of 8-9 knots in the first tests and a little more intensity in the final race. In total, three contested tests that, added to the three on Saturday, completed the program of six sleeves foreseen in the sports program.

That in the water. On land, the highlight, beyond the award ceremony for the winners, was the dramatized track race in which most of the sailors in the competition participated. It was a team event in which the boys and girls solved riddles and followed clues that took them through the main tourist spots in Baiona with the aim of winning an Optimist wing donated by Effects Navales Jesús Betanzos, which finally won the team of the Real Club Náutico de Coruña and delivered by the Commodore of the Monte Real Club de Yates, Ignacio Sánchez Otaegui. 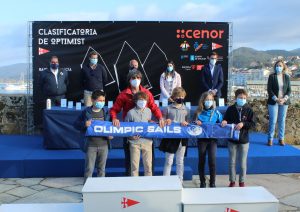 The initiative, promoted by the Baiona city council, the Casa de la Navegación Museum and the Theater Classroom, was a pilot test of a more ambitious activity that the Baiona sports department is preparing for the Optimist National Championship to be held at Easter .

Galicia will attend the Spanish Optimist Championship with 22 sailors

This latest regional qualifier revealed the names of the athletes who will represent Galicia in the Spanish Optimist Championship to be held in Baiona.

The Real Club Náutico de A Coruña is the club that will contribute the most names to the national class, with a total of 7 sailors qualified to compete. They are Fernando González, Martín Mijares, Javier García, Jaime Díaz, Andrés Gago, Pedro Núñez and Pepa Bermúdez.

On behalf of the Maritime Club of Canido, 4 athletes will attend the Spanish championship: Rodrígo Pérez, Fernando Campos, Miguel Rodríguez and Emma Chamorro.

They also got tickets for the national class 4 sailors from the Monte Real Yacht Club: Pablo Marquina, Aitana Pérez, Martín Montes and Jimena Crespo. The last two are classified thanks to a concession that the Royal Spanish Sailing Federation makes to the organizing club of the championship, allowing the participation of two of its athletes, regardless of their position in the Galician ranking.

The Spanish Optimist Championship 2021, which like this last qualifier is also sponsored by the Cenor Group, will be held in Baiona during Holy Week. The days 29 and 30 of March will be days of preparations, inscriptions and measurements, on Wednesday 31 the starting gun will be given to the first races and there will be regattas for three more days, until Saturday 3 April, the last day of tests and delivery of trophies to the winners.

COMPOSITION OF THE GALICIAN TEAM
FOR THE OPTIMIST NATIONAL CHAMPIONSHIP