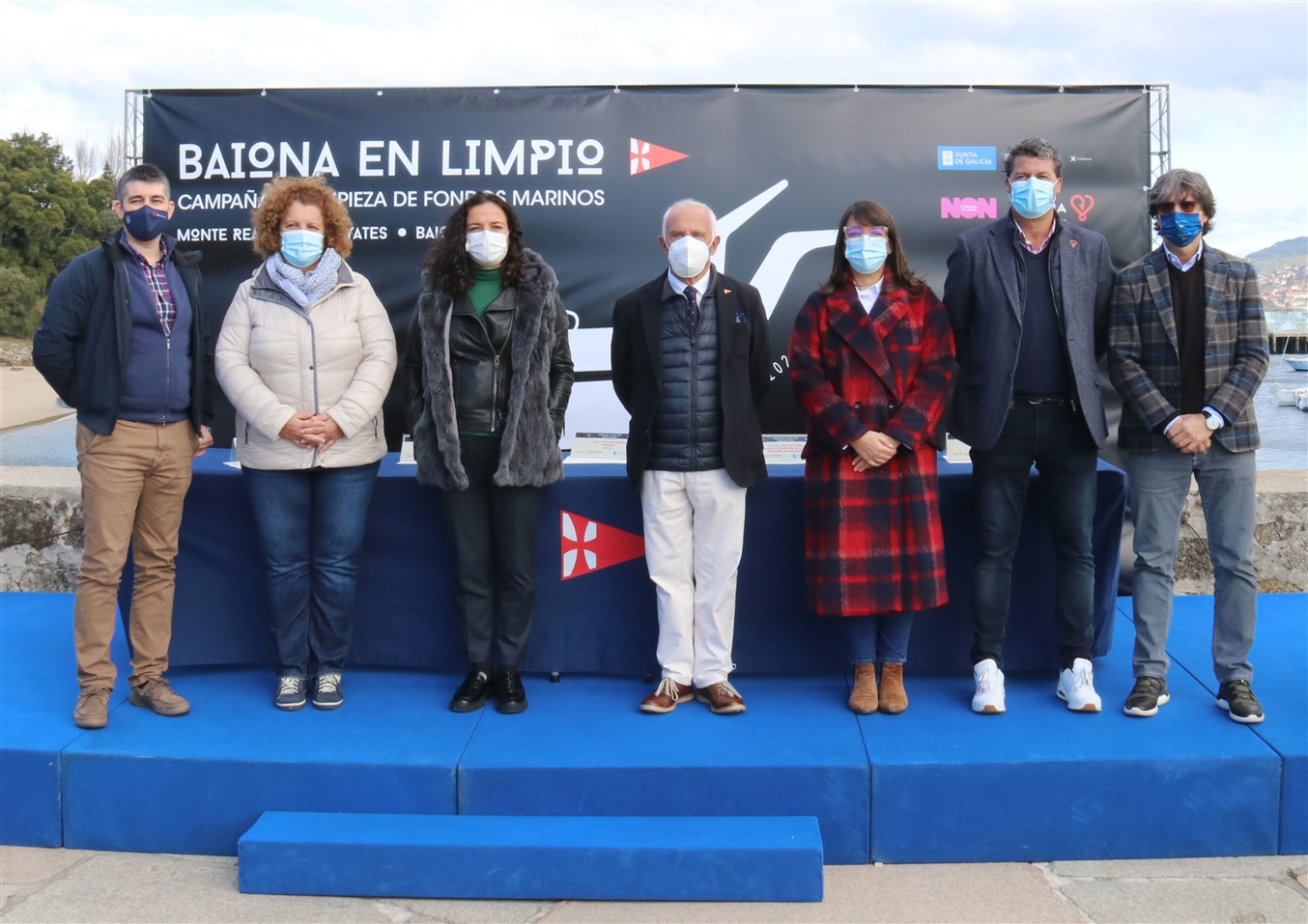 ((( Note 11/26/21: ? POSTPONED “BAIONA EN LIMPO” ? We have waited until the last day to see if the forecast improved somewhat, but it has not been possible and, given the difficulties that carrying out the activity with rain would entail, we have been forced to postpone it. Tomorrow, Saturday, the “Baiona clean” activity will NOT finally be held, but we hope to be able to do it as soon as possible. We will keep you informed through our website and social networks so that you are encouraged to participate ))))

In addition to cleaning the seabed, the campaign seeks to draw attention to the need to protect the underwater world

· For every kilo of rubbish that is collected, the Monte Real Yacht Club will donate one kilo of food to the NGO Help the World in Need 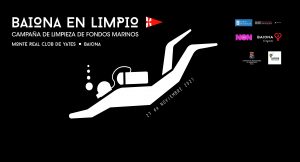 The Monte Real Club de Yates and the Baiona City Council are launching the “Baiona Clean” program this weekend, a seabed cleaning campaign whose main objective is to remove all the waste that may have been deposited under water.

Next Saturday, the 27th, a group of between 15 and 20 professional divers from the BaySub diving center, directed by David Hidalgo, will dive into the club’s dock to carry out the first performance of a campaign that will later be extended to other areas of Bay of Bayonne.
In addition to cleaning the seabed, the “Baiona Clean” program seeks to draw attention to the need to protect the underwater world, something that was influenced by the president of the Monte Real Yacht Club, José Luis Álvarez.

“We seek to make society aware of the importance and need to conserve and keep the oceans clean, as a way to enjoy -he said- the privilege of living in a place open to the sea and to educate, raise awareness and leave a good legacy to future generations” .

In this sense, thinking about the future of the planet, the club will also try to involve the little ones in the waste collection campaign. Thus, parallel to the performance of the divers under the sea, students from different schools in Baiona and students from the Monte Real Sailing School will be in charge of collecting rubbish from the beaches surrounding the club. All those who wish to do so, whether or not they are residents of Baiona, may also collaborate in this process.

By sea and by land, the objective is to leave the area impeccable and draw attention to the need to be careful with the environment, protecting the sea and the seabed. Making responsible use of the polluting materials we use, disposing of waste in its proper place, reducing the use of plastics, reusing or recycling them, or not leaving litter on the beaches are some of the many actions that we can all easily adopt in our day daily for the good of the planet.

“We must all collaborate hand in hand -said the president of Monte Real- because the sea does not understand ages, conditions or political colors” . Proof of this was the presence, at the presentation of the campaign, of representatives of the Baiona Town Hall, the Pontevedra Provincial Council and the Xunta de Galicia.

“Portos de Galicia -said the president of the entity, Susana Lenguas- is fully committed to the sustainable development of ports, which must be economic engines of their environment -he said-, but being one hundred percent respectful of him. That is why we focus our efforts on sustainability and cleaning actions like this one”.

On behalf of the Pontevedra Provincial Council, the deputy for the environment, Iria Lamas, thanked the council of Baiona and Monte Real for the implementation of this action, which implies, she said, “an impulse to take care of the ports, which are both tourism and economy, two basic pillars for our society, which must be aware of environmental care ”.

The activity will start around eleven in the morning and is expected to end around one in the afternoon. Once the waste has been recovered from the bottom of the sea, it will be placed on some counters in Monte Real so that everyone can see it and a record will be made of everything extracted. In addition, for every kilo of rubbish that is collected, the yacht club will donate a kilo of food to the NGO Help the world in need, chaired and coordinated by Juani Alonso.

Also present at the official presentation of the campaign were the director of Portos de Galicia, Roi Fernández; the commodore of Monte Real, Ignacio Sánchez Otaegui; the patron saint of the Baiona fishermen’s brotherhood, Susana González; and the mayor of the fishing village, Carlos Gómez, who said that from the city council “We work daily to raise awareness in society to achieve a more sustainable space and this is one more step on this path.” “It is important -said the councilor- that the campaign reaches as many people as possible so that everyone becomes aware of the importance of caring for our sea” .

This is not the first time that the Monte Real Club de Yates has launched an initiative to care for and protect the environment. Every year, the students of its Sailing School participate in specific garbage collection days on the beaches. The club also organized an environmental awareness workshop on the impact of plastic on the marine environment in which boys and girls from schools in Baiona participated; and a group of students from the Adapted Sailing School for people with functional diversity planted 200 native carballos in a land that had been burned in the wave of fires of 2017. In addition, Monte Real brought the double Olympic sailing champion and president of the Ecomar Foundation, Theresa Zabell, to give a talk on sustainable practices and environmental protection through sport.

It should also be noted that the blue flag has been flying uninterruptedly for years at the Baiona club, a badge that recognizes the environmental care of the infrastructures, the quality of the waters and the excellence of the Monte Real’s nautical services. It is one of the 5 marinas in the province of Pontevedra that hold this recognition.