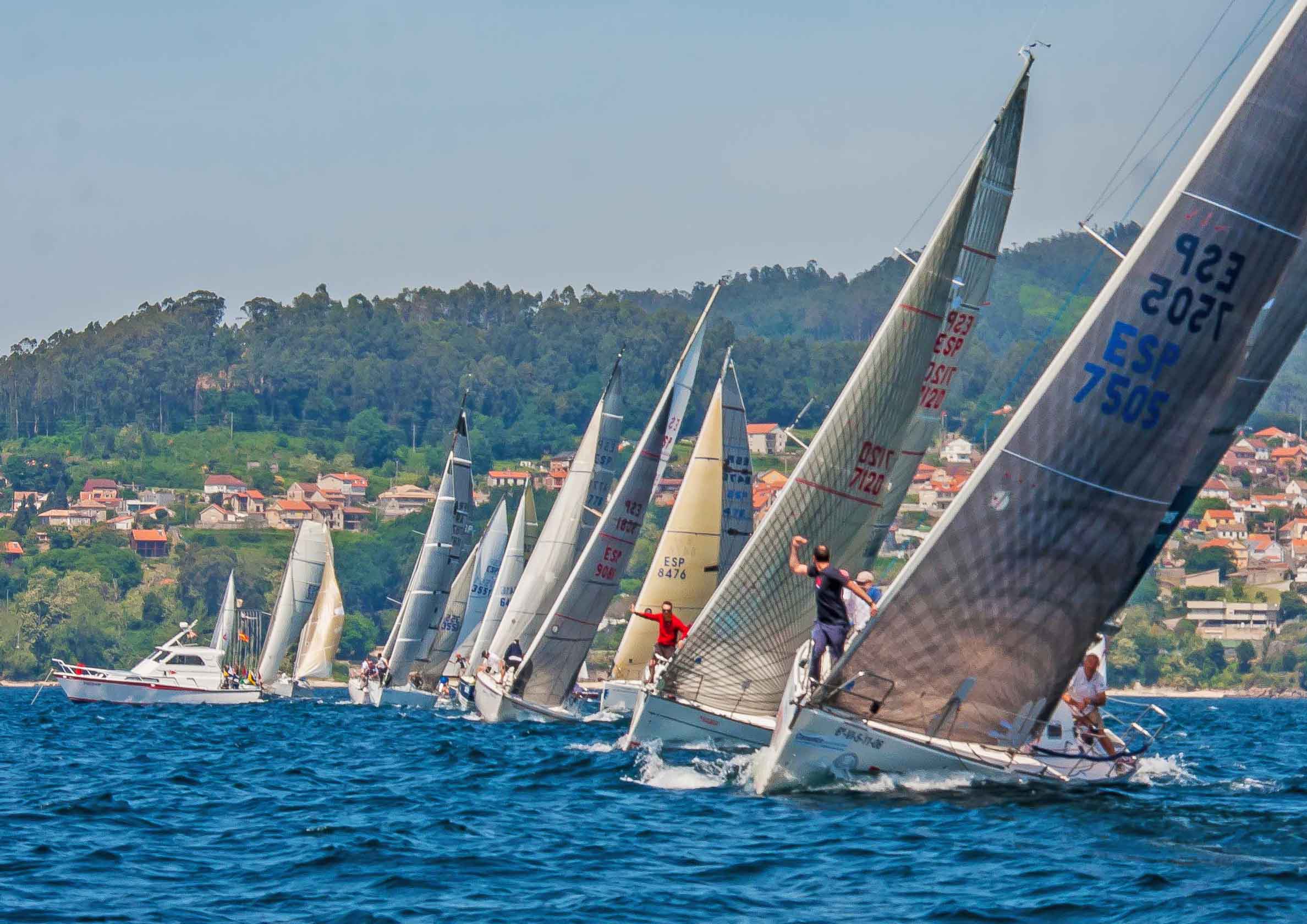 · After launching the J80 League and celebrating the Spanish Optimist Championship, the heavy sailing regattas arrive at the Monte Real Club de Yates

After launching the J80 Winter League and celebrating the Spanish Optimist Championship, the Monte Real Club de Yates inaugurates this Saturday the heavy sailing season with the Comunica Trophy, the first of the six regattas for cruisers that the club from Baiona has scheduled for this 2021.

A coastal route between Vigo and Baiona will be the route that the participating sailboats (which will be able to compete in ORC, ORC Open, ORC Double Handed, J80 or Fígaro) must complete to win the final victory, which will be resolved in a single day.

Although it will be the weather that dictates the final route, the intention of the regatta committee is to make the fastest boats pass by a mark while the rest sail directly, with the aim that everyone can reach the finish more or less at the same time.

The arrival point will be located in the vicinity of the Baiona dock and once the race is over, it will be the Monte Real Yacht Club itself that will host the award ceremony for the winners, at seven in the afternoon.

As a novelty this year, one of the categories in contention will be the ORC Double Handed, in which the sailboats will be manned by only two people. This is a change accepted by the organizing club after receiving requests from some owners who want to be able to participate in more regattas within this modality to prepare for the Galician A2 Championship to be held in June.

One of the sailboats that will participate in this category will be the Salaño Dos of Jacobo Vecino and Brenda Maure, which will face, among others, the Q Talento Consultores of Javier Rey and Jorge Justo; to Lacazán by Mariano Benavente and Genoveva Pereiro; or the Alalunga by Rodrigo Rodríguez and Carlos Cárdenas.

In ORC there will be three of the regulars of the great regattas in Galicia: the Yess Racing of the Portuguese Rui Ramada, the Aceites Abril of the Pérez Canal brothers and the Pairo skippered by Luis Bugallo. And for the J80 competition, Jean Claude Sarrade’s Luxoconf, Francisco Martínez’s SND Cormorán, Joao Allen’s Ifaclinic, Miguel Fernandez’s La Galera, Juan Luis Tuero’s Luna Nueva and the Pazo de Cea by Iago Carballo.

In the last edition of the competition, held in 2019 (in 2020 there was no due to COVID19 restrictions), the Nahela of Club Deportivo Alagua, skippered by Victor Manuel Álvarez, won. He won the general classification and also took the victory in the ORC 1 class. In ORC 2 the winner was the Abal Abogados of Mariano Dios (Ro Yacht Club), and in monotypes the Cansino of Fernando Yáñez and the Ladeira of Genoveva Pereiro prevailed. The fastest boat to complete the course (11.9 miles in just 2 hours and 7 minutes) was the Swan 45 Yess Too of the Portuguese Rui Ramada.

This new edition of the Comunica Trophy is once again sponsored, for yet another year, and there are now five (four cruise editions and one monotype exclusive), by Comunica Comunicación Visual, a firm that offers printing services, labels, industrial design and articles acrylics to all of Galicia from the municipality of A Guarda, where its main headquarters are located. For months now, under the signature of AEProtec, they have also been manufacturing masks, screens and other products related to protection against COVID19.