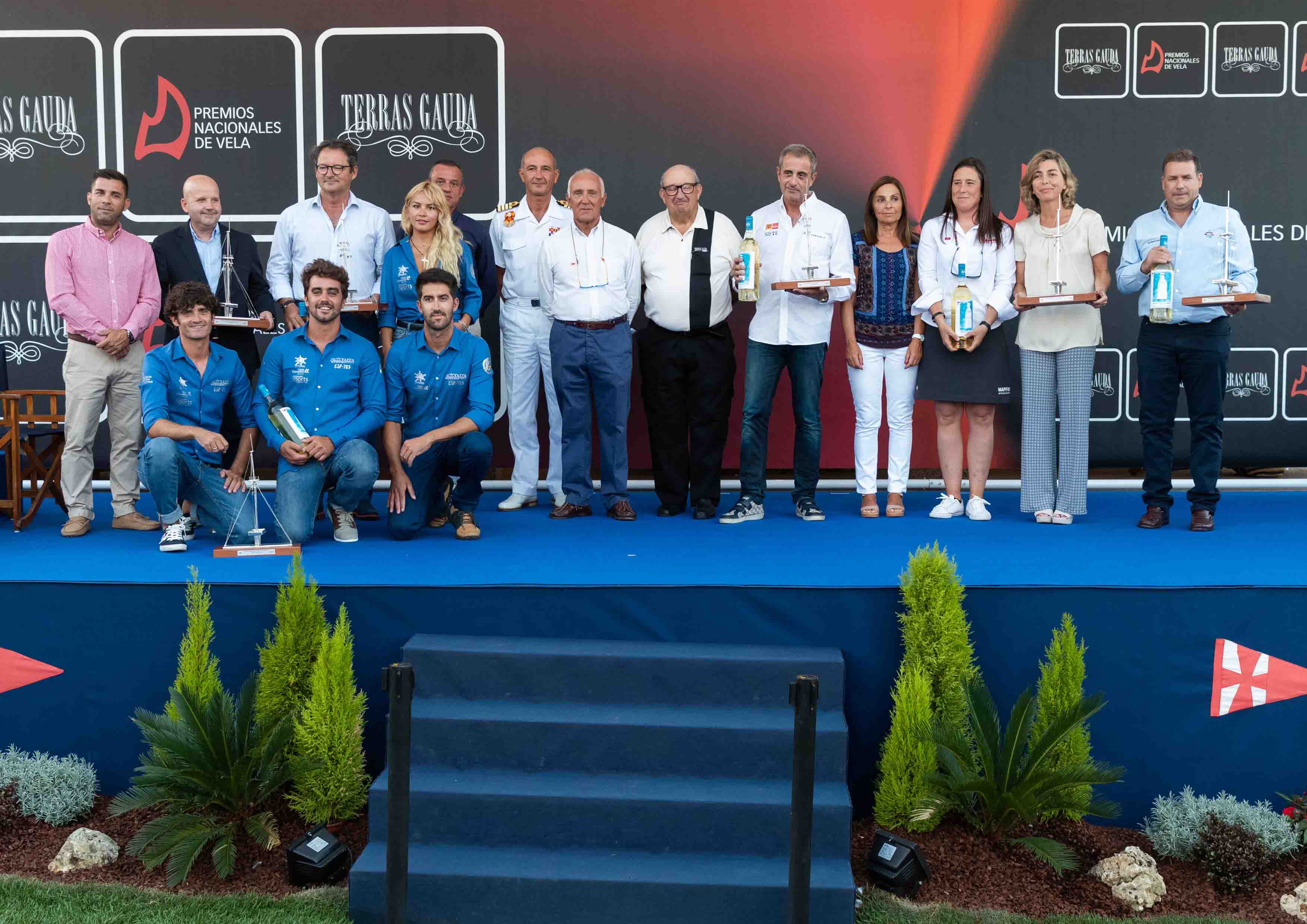 · MAPFRE in the Volvo Ocean Race, the five-time world champion “Princesa Yaiza”, the 470 world runners-up, the owner Luis Senís, the boat “Pez de Abril” and the EFE Agency were awarded in this edition 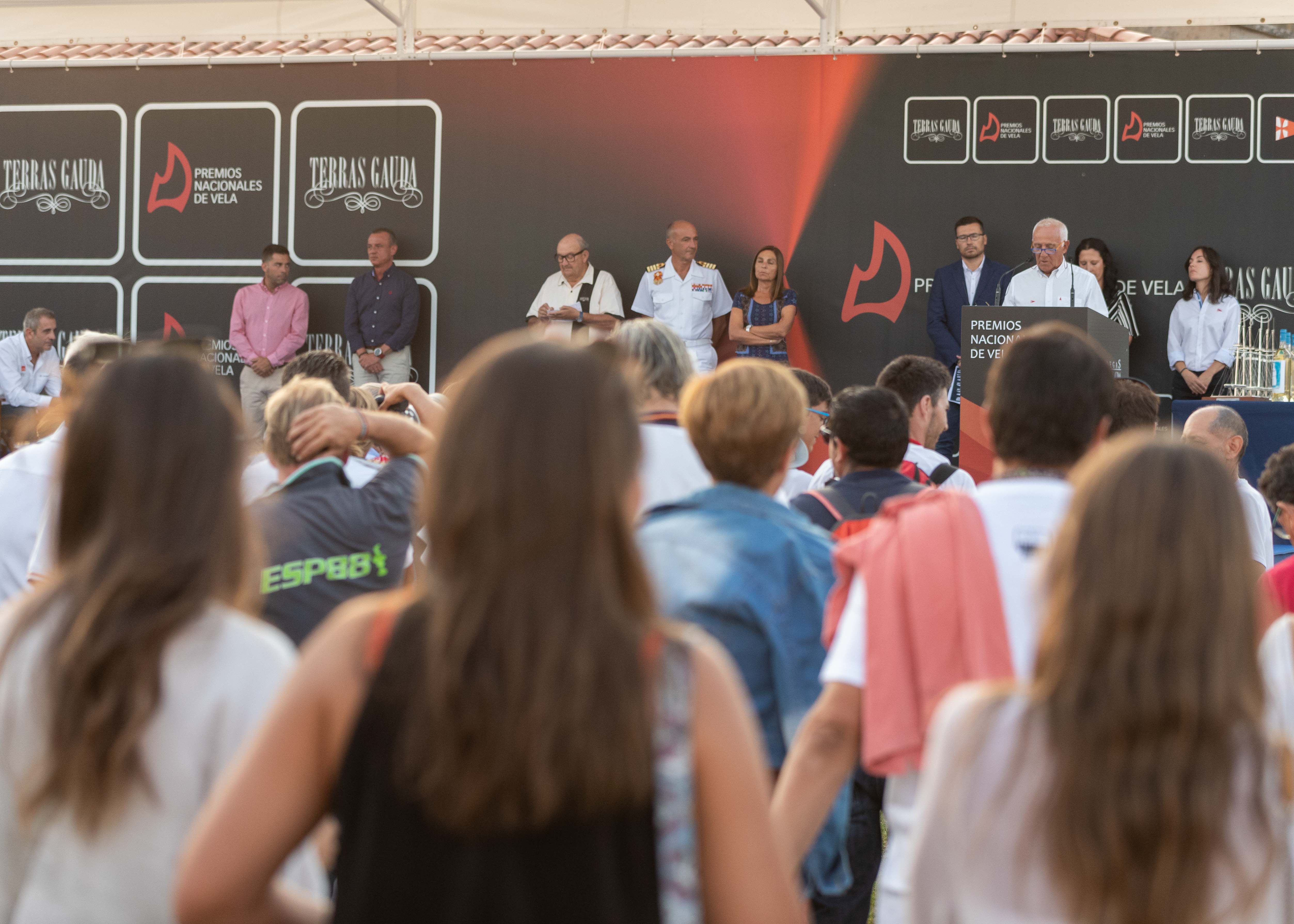 The Monte Real Club de Yates delivered the Terras Gauda National Sailing Awards tonight in Baiona at a gala held as part of the 33rd Prince of Asturias Trophy, which the Baiona club has been organizing since Friday with the help of the Military Naval School. Hosted by the Galician Television presenter, Carlos Macía, and the club’s head of communication, Rosana Calvo, the gala was attended by some of the most outstanding athletes on the Spanish nautical scene.

The person in charge of welcoming the attendees was the president of Monte Real, José Luis Álvarez, who took advantage of the occasion to congratulate the Military Naval School, co-organizer of the Prince of Asturias Trophy, for its 75 years of history in Galicia. Álvarez also recalled two anniversaries related to the world of sailing: the 525th anniversary of the arrival of the caravel Pinta in Baiona, which will be celebrated in 2018, and the fifth centenary of the first circumnavigation of the world by Magellan and ElCano, which will be will commemorate in 2019. 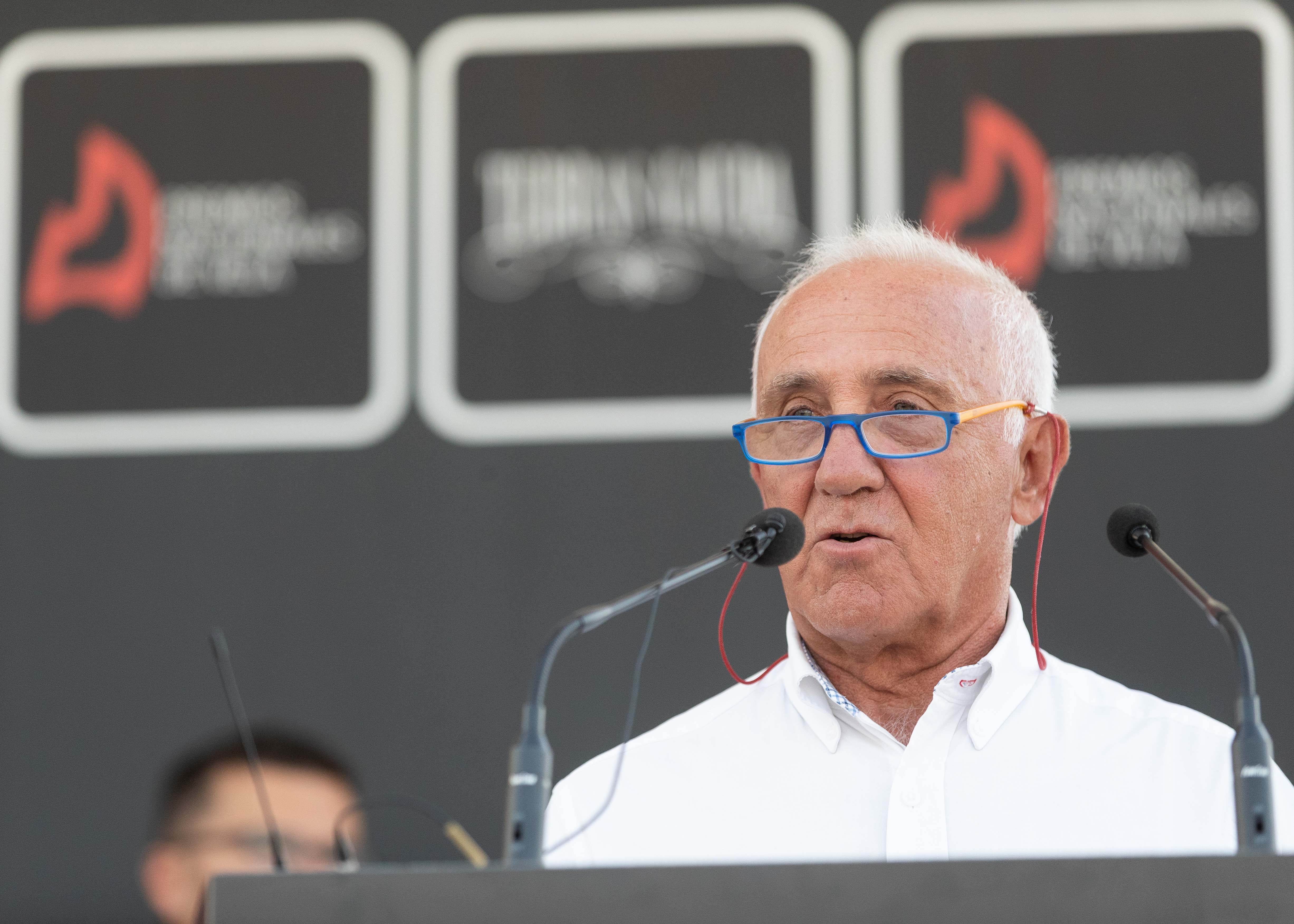 The president of Bodegas Terras Gauda, sponsor of the event, succeeded at the microphone. In his speech, José María Fonseca Moretón recalled his beginnings in the world of sailing with his father and the close relationship that unites him with the Monte Real Yacht Club, of which he has been a member for more than 50 years. 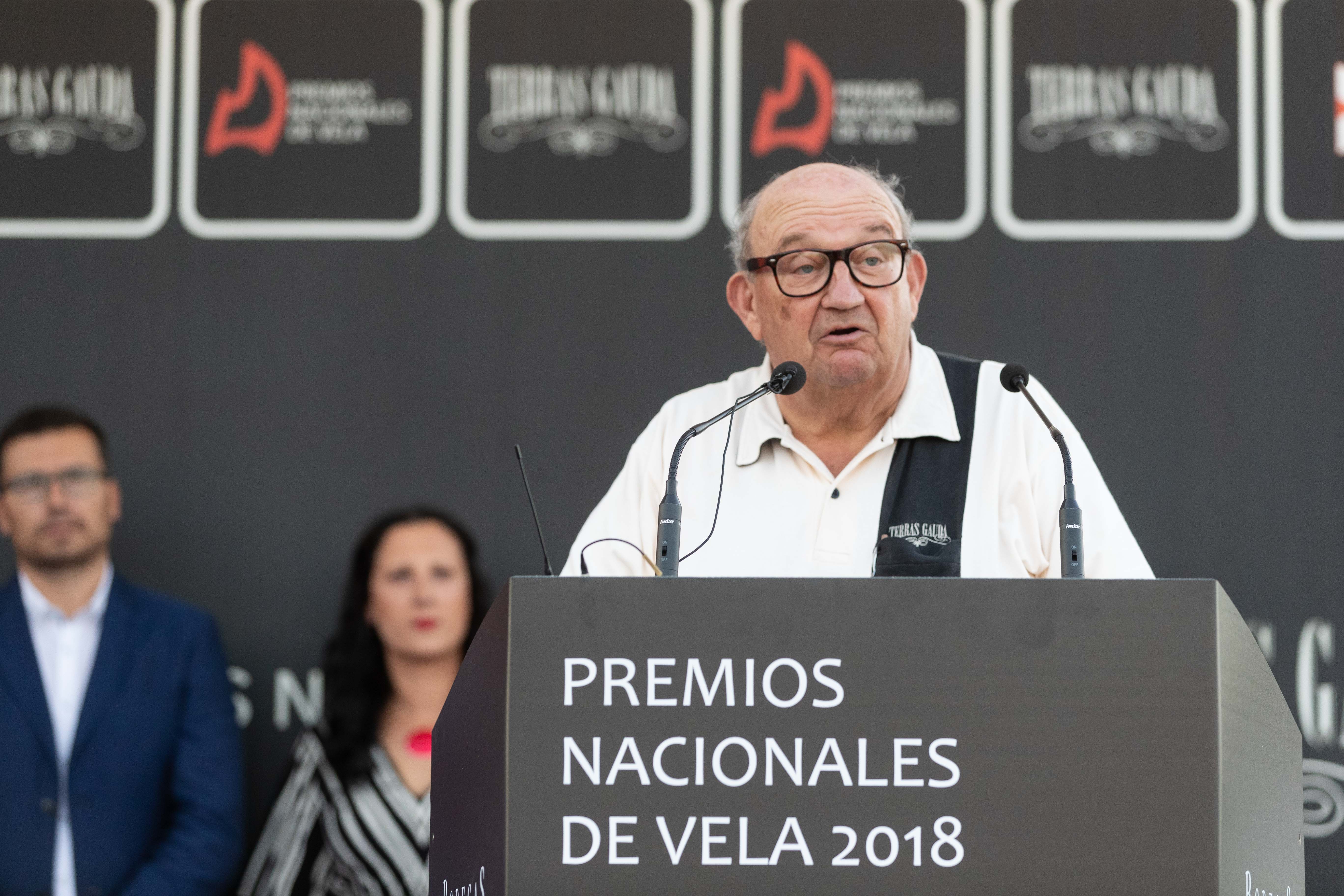 After the welcome speeches, the winners followed one another on stage to collect their award and give a few words of thanks. The first to do so was the Valencian Luis Senís, who received from the commanding officer of the Naval Military School, Ignacio Cuartero, the award for the best skipper of the year for the results obtained at the head of the “Clínicas Dr. Senís” (previously Porrón IX ), with which he became the Swan 45 world champion and won the Nations Trophy for the second consecutive year.

The president of the Monte Real Yacht Club, José Luis Álvarez, was in charge of giving José María Meseguer from Murcia the award for the best boat of the year, which in 2018 went to the “Pez de Abril”, winner of the two nautical competitions most prestigious in Spain, the Copa de la Reina and the Copa del Rey.

Although they were unable to attend the gala because they were competing in Japan, the 470 class world runners-up, Silvia Mas and Patricia Cantero, also had their minute of tribute at the Terras Gauda National Sailing Awards gala. Silvia’s father, David Mas, thanked the award given to him by the territorial director of ABANCA, Walter Álvarez.
The Mariano Aguado Communication Award went this year to the EFE Agency, for its dissemination of current sailing events in Spain, publicizing the activity of Spanish clubs, teams and athletes. The agency’s sports manager, Luis Villarejo, collected the award from Pilar de Sas.

The next award to be given was the best one-design of the year, which was won by the Canarian crew of the “Princesa Yaiza”, which this year made history by achieving its fifth world championship in the J80 class. Rayco Tabares from Lanzarote and part of his team gathered on stage to collect the award given to them by the president of the Monte Real Yacht Club, José Luis Álvarez.

Undoubtedly one of the moments that generated the most applause among the audience was the announcement of the prize for the best regatta team, which this year was awarded to MAPFRE for its brilliant performance in the Volvo Ocean Race, in which they achieved a meritorious second position. The trimmer and the bow of the team, the Galician Támara Echegoyen, received the award from the president of Terras Gauda wineries, José María Fonseca Moretón.
After finishing the gala, a great fraternization dinner began in the village of the Prince of Asturias Trophy in which there was no lack of fireworks. The point and end of the day was put by a great party that lasted until well into the morning. 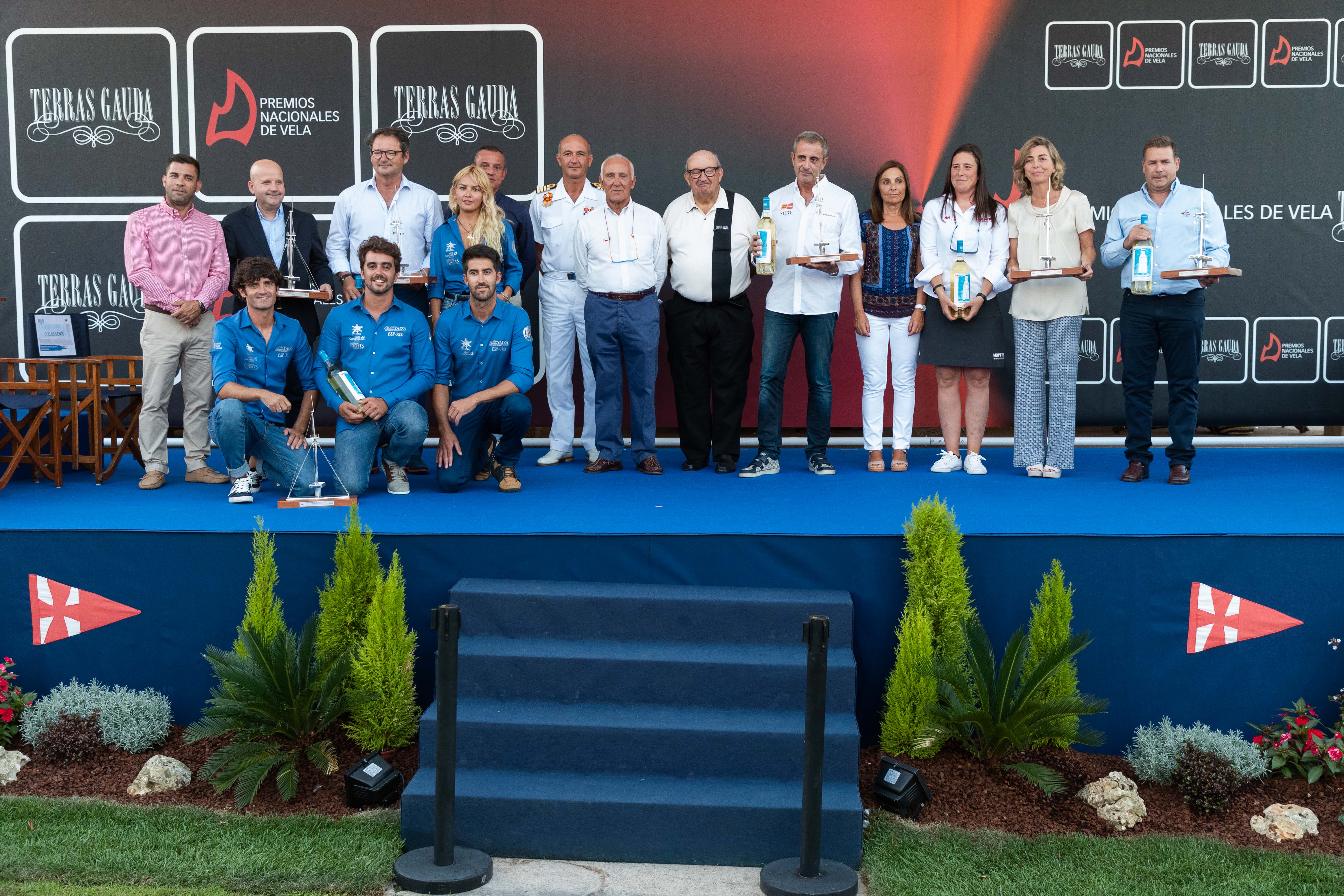