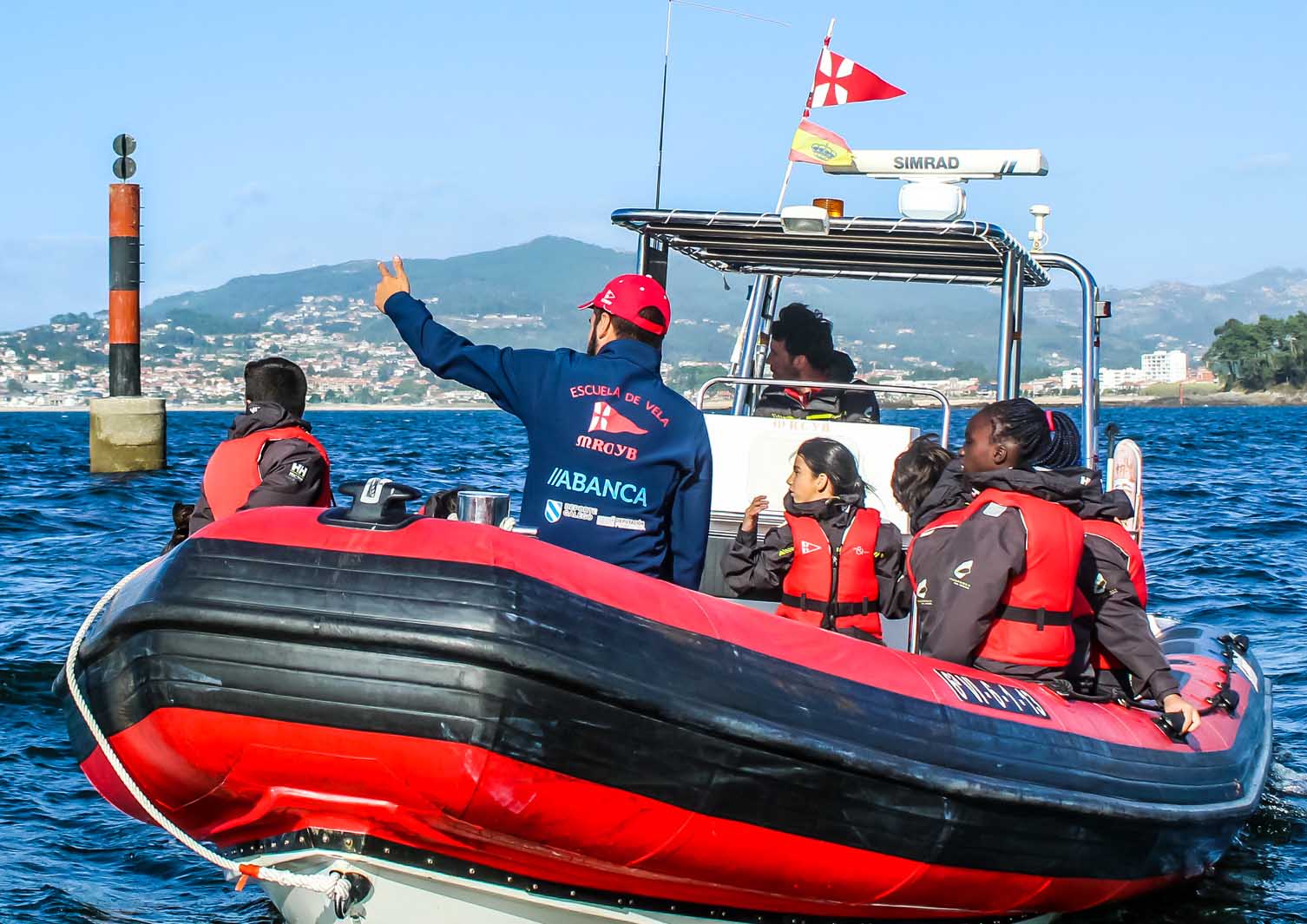 · There are currently around 3,000 minors in Galicia who, for different reasons, have come under the protection of the services for minors of the Galician regional administration.

With this new initiative, Monte Real seeks to continue expanding a service that it has offered for years to people with disabilities, dependents, the elderly and students from special centers with serious behavioral problems.

Last September, the Monte Real Club de Yates celebrated, together with the Baiona council and thanks to the sponsorship of Verti Seguros, a new edition of the Solidarity Vertiathlon, a triathlon with which, for 5 years, the club has raised funds for its Adapted Sailing School.

In this 2019, the participation of 200 athletes and the collaboration of numerous brands and companies, made it possible to raise more than 6,000 euros, money that, added to the support provided by the Xunta de Galicia, has allowed the Baion club to promote new activities aimed at bringing the Marry people for whom it can lead to an improvement in their quality of life.

After launching adapted sailing courses for people with functional diversity from different associations in Galicia, taking users of nursing homes to sail through the “Amaromar” program and carrying out nautical outings with students from special education centers with behavioral problems, Monte Real is now expanding its activities with proposals for minors under the guardianship of the Xunta de Galicia.

There are currently around 3,000 boys and girls in Galicia who, for different reasons, most of them related to abandonment, abuse, lack of schooling or health care, have come under the protection of the services for minors of the Galician regional administration.

Some of them have already benefited from this new initiative promoted by Monte Real, which allows them to go sailing in a group with specialized monitors. It is a proposal that seeks, mainly, to offer these children the possibility of enjoying a few hours of enjoyment and disconnection at sea, while learning aspects related to water sports.

In the last of the outings carried out with supervised minors, the boys and girls were able to visit different points in the bay of Baiona, discover how a boat works and learn basic navigation concepts.

With the launch of this activity, the Monte Real Yacht Club once again reaffirms its commitment to society and consolidates itself as one of the clubs with the greatest corporate social responsibility in Galicia.