Luxury premiere at the 35th Prince of Asturias Trophy 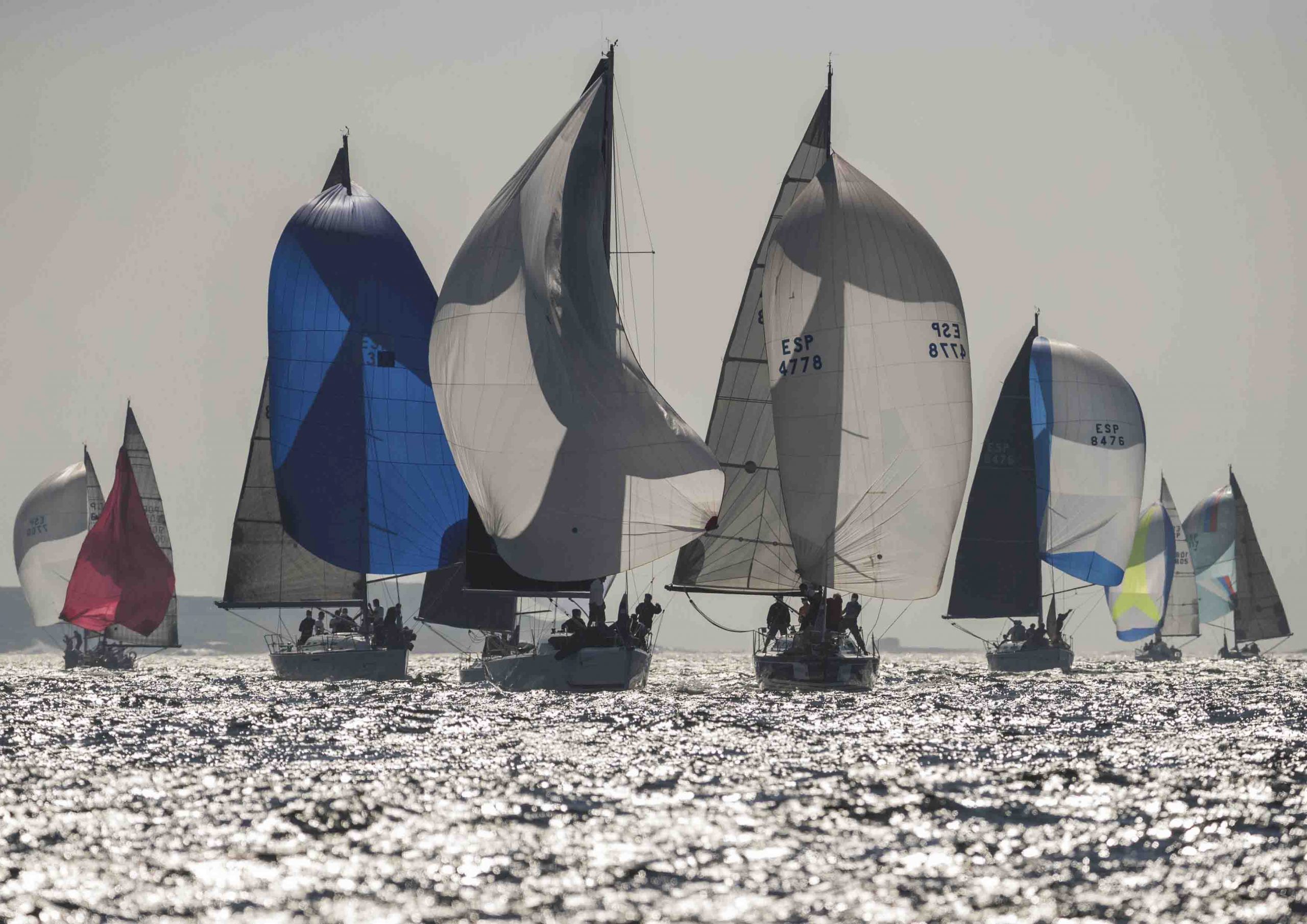 Great start in Baiona of the most awaited event of the cruise season. Organized by the Monte Real Club de Yates de Baiona and the Naval Military School with the sponsorship of ABANCA, the Prince of Asturias Trophy today inaugurated its thirty-fifth edition with the dispute of the first tests for the categories Nacexa ORC 2, April Oils ORC 3 , Autesa ORC 4 and the Solventis J80 and Gestilar Ladies Cup monotypes. With two more days still to go, the first leaders of the competition are Magical, Cachete, Deep Blue 2.0, Okofen and Erizana.

Although everything seemed to indicate that this would be a first day with light wind conditions, finally the Regatta Committee was able to start the competition in a timely manner with an average intensity of about twelve knots both in the ORC regatta field and in the one-design regatta field , being able to easily complete the testing program planned for today.

Thus, at 3:00 p.m. the ORC fleet began the first start procedure for its three divisions, with a windward-leeward format route and the start line located in front of the Estelas Islands.

In the Nacexa ORC 2 category, the Príncipe de Asturias Trophy begins with a very tight overall with the first five boats separated by only four points. Julio Rodríguez’s Magical and Malalo Bermúdez de Castro’s Solventis shared the two partial victories at stake, although in the end it was Rodríguez’s who managed to lead the standings after scoring fourth place in the second round and scoring five points total.

Behind, and tied on points with the leader, second place is occupied by Rui Ramada’s Yess Too. The local team, one of the most consistent in the fleet on this first day, signed a second and third place in the two races held, achieving an advantage of only one point over Solventis, which is third with a fifth and a first .

They are closely followed in fourth and fifth position by Diego López’s Mirfak and José Manuel Pérez’s Arroutado, each accumulating a partial podium in their locker.

For his part, Fran Edreira’s Cachete had no rival today in class oils April ORC 3 and took the win in the two races held, achieving a three-point lead over José Luis Alonso’s Antelope-Kahaway, who added a second and a third that allowed him to take second place overall on this first day of race.

In third place is Ramón Ojea’s Bosch Service Solution with eight points. After scoring a sixth in the first test of the day, Ojea’s men finished the day with a second place that allowed them to take the provisional third position.

In the Autesa ORC 4 category, leadership went to Vicente Cid’s Deep Blue 2.0, who scored the two victories of the day both in compensated time and in real time to place himself at the top of the podium with a total of two points. Behind, Luis García’s Unus sealed two second places and placed second with a four-point advantage over the third-placed team, Luis Mª Pérez’s Balea Dous, who made his debut scoring a fifth and a third today.

In addition to the Prince of Asturias Trophy, these three ORC categories will also compete this weekend for the Juan Sebastián Elcano Award, which defines the best classified team of the three classes as a whole. At the moment, after the dispute on the first day, the Magical is at the top of the table with the same points as the second classified, Yess Too, and one over Solventis, who is third. Anything can happen in the general standings, and with two days to go and only three points difference between the top five finishers, the results could still turn around.

For their part, the one-designs also heard today the starting gun of the Prince of Asturias in very good conditions during the three tests in charge of defining the first leaders of the Solventis J80 and two for the Gestilar Ladies Cup fleet.

Javier de la Gándara’s Okofen was the best in Solventis J80 , the largest fleet of the seven participating in this edition of the Prince of Asturias Trophy. De la Gándara and his team added two first and one second and were placed at the top of the podium with three points of rent over Ignacio Camino’s Solintal, which is second with a fourth, a first and a second in their locker. Behind, with fourteen points, Ricardo Díaz-Munio’s Matraco completes the provisional podium with a sixth, a fifth and a third place in the three disputed races.

The day was more even for the crews of the Gestilar Ladies Cup. While waiting for several protests to be resolved -the Committee was still resolving several at the time of writing this information-, the Fígaro skippered by Marta Ramada, the Erizana Gestilar, is currently in first position with a third and a partial victory and tied on points with the second classified team, Pilar Casares’s Tutatis Gestilar. Those from Casares scored two second places today, which allows them for the moment to obtain a three-point lead over Conchi de Pedro’s Silleiro Gestilar, who closed the drawer after scoring the first victory of the day and a sixth in the second and last chance.

Tomorrow, the second day with the entire fleet competing and the traditional presentation of the Terras Gauda National Sailing Awards

Tomorrow, Saturday, the second day of regattas in the bay with the entire fleet. Starting at 12:00 noon, the five categories that have been thrown into the water today will be joined by another two tomorrow: Gadis ORC 5 and SH Robotics ORC Open. It will be precisely the Open division that will have the participation of the Adapted Sailing boat, a team made up of sailors with functional diversity from the Monte Real Adapted Sailing School thanks to the support of the Department of Social Policy of the Xunta de Galicia.

In total, 70 boats competing in one of the most anticipated events of the season.

Once the day is over, the Baiona club will host the prestigious Terras Gauda National Sailing Awards at 8:00 p.m., in which the most outstanding sailors and teams of last season will be awarded.

As established by the protocols of the Royal Galician Sailing Federation and the Xunta de Galicia, Monte Real has made every effort this year to guarantee the safety of the participants, workers and collaborators of the Prince of Asturias, thus trying to avoid any risk of contagion of Covid19.

Temperature taking at the entrance, masks and hydroalcoholic gels available to all participants, disinfection of the facilities several times a day, specific personnel to control the rules and radio reminders of the obligation to use the mask are some of the measures that Monte Real has adopted to carry out the thirtieth edition of the regatta.

* At the time of writing this information, the Regatta Committee was still resolving several protests presented in the Gestilar Ladies Cup class, so the results of this first day could change.