Let the party begin… of the candle 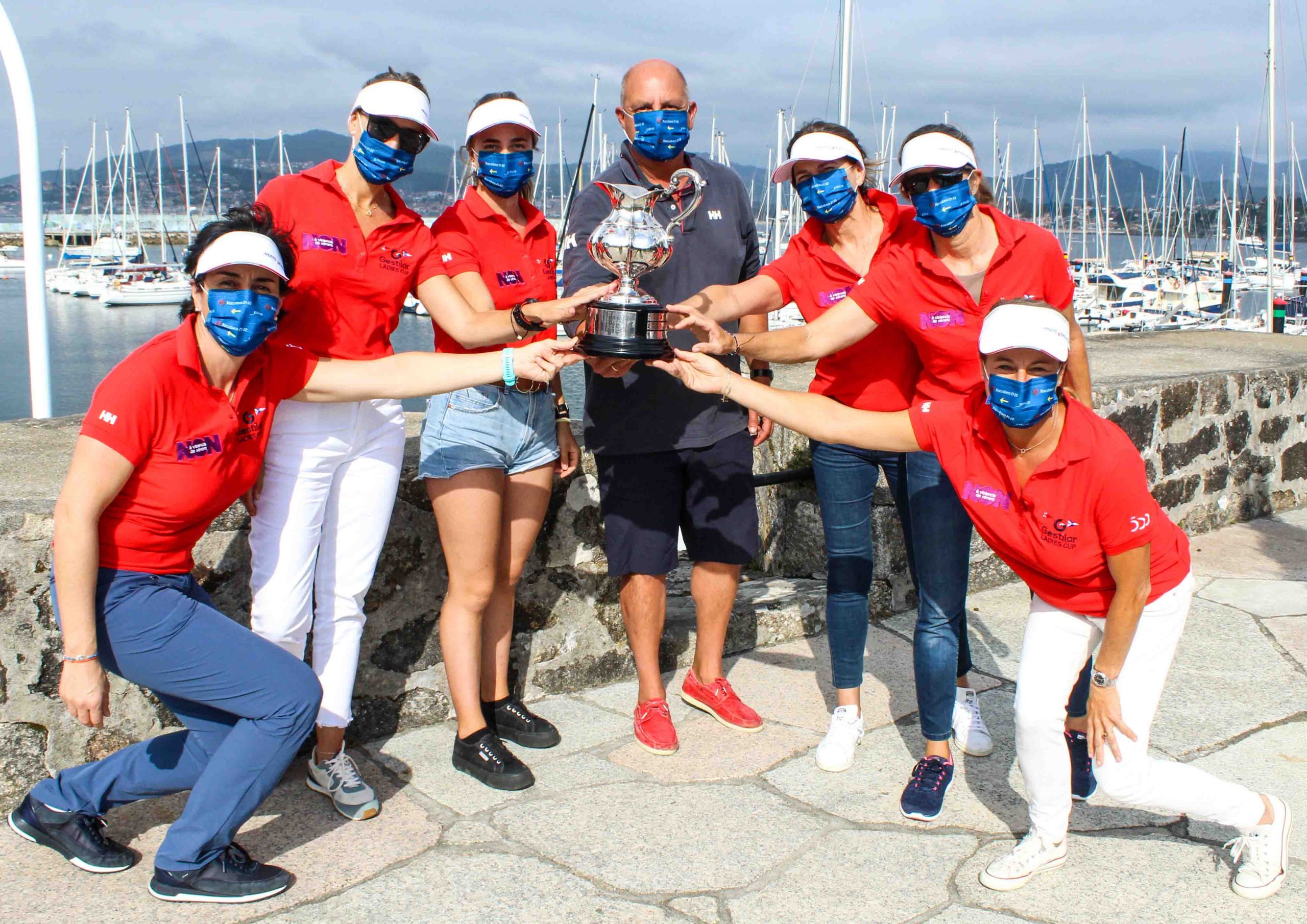 · The competition of the Monte Real Club de Yates and the Naval Military School celebrates its thirty-sixth edition, bringing together more than 400 athletes in regattas limited to the participation of 75 sailboats due to COVID19

· The gala of the National Sailing Awards that will be held on Saturday and will be broadcast live on Galician Television will bring together five Olympic athletes, among whom will be the winners of the Spanish medals

The traditional boat draw for the Gestilar Ladies Cup marked this Thursday in Baiona (Galicia) the end of the preparations for the Prince of Asturias Trophy and left everything ready so that this Friday the most anticipated event of the cruise season in Galicia can begin. The competition organized by the Monte Real Club de Yates and the Escuela Naval Militar with the sponsorship of ABANCA, celebrates its thirty-sixth edition, bringing together more than 400 athletes in regattas limited to the participation of 75 sailboats due to COVID19.

From the organization it was decided to establish that limit (last year it had been limited to 70) to guarantee the safety of the participants, in an edition in which there will also be no traditional breakfasts, dinners and fireworks to avoid crowds and guarantee control of capacity.
Yes, the award galas for the winners of the Prince will be held, although with security controls, on Sunday at half past six; and the Terras Gauda National Sailing Awards, on Saturday at eight in the afternoon. The latter, which will be broadcast live on Galician Television, will bring together five Olympic athletes, including the winners of the Spanish sailing medals: Jordi Xammar, Nico Rodríguez and Joan Cardona.

Among the participants in this new edition of the Prince of Asturias Trophy will be the best Galician crews and some of the most outstanding from the Spanish and Portuguese nautical scene, as well as the winners of the last edition, who aspire to repeat the title. One of them is Julio Rodríguez’s Magical, winner of the competition in 2020 in the ORC2 class. The crew of the Swan 42 from Vigo returns to the Príncipe with the aim of revalidating their victory, something that will surely make it difficult for the Aceites Abril of the brothers Luis and Jorge Pérez Canal. The Ourense Red Devil is undoubtedly the most outstanding boat of the season in Galician waters and everything indicates that the Prince will give a lot of trouble. The “Aprils”, who have just won their fifth Count of Gondomar and their sixth Rías Baixas, did not know much about the second place achieved in the last Prince and will try to chain a new victory in their great winners of 2021.

Missing from this year’s competition will be José Luis Freire’s Pairo, another of the regulars at the Monte Real event, who this year has part of his crew competing in Europe and will not be able to be in the Príncipe. There will be, among the big boats, several crews with a Portuguese accent: Rui Ramada’s Yess Racing; the Xekmatt, by José Carlos Prista; Yess Too, by Carlos Morgado; Another Five, by Nuno Vasconcelos; or Marias, by Manel Cunha. Alberto Moro’s Solventis, José Manuel Pérez’s Arroutado, Diego López’s Mirfak or Jorge Durán’s Corsario will be other of the larger boats that we will see fighting for podium positions.

Another of the Prince’s great sailboats, the spectacular Txole (a Dehler 47), this year will be the boat assigned by the Monte Real Yacht Club to a group of students from its Adapted Sailing School for people with functional diversity who will go sailing trophy days. They are members of ASEM Galicia, the Galician association against neuromuscular diseases, and have the support of the Department of Social Policy of the Xunta de Galicia.

A large part of the Galician yacht clubs will be represented in the fleet of 75 boats in the competition. Those from Baiona, Vigo and Coruña will have the most sailboats among the participants, but there will also be crews from Panxón (Maracaná), Combarro (Mar de Frades), Castrelo de Miño (La Burla Negra), Rodeira (Balea Dous), Canido (Bosch Service Solutions), A Guarda (Nahela) or Portonovo (Petrilla), among many others.

Of the non-Galician boats, the Portuguese are again, without a doubt, the most crowded, although this year there will also be teams from Santander, Cantabria, Madrid, Mallorca or the Basque Country. They will be, above all, in the Gestilar Ladies Cup, the women’s section of the Prince in which 6 women’s crews meet again to compete in 6 identical boats with 6 sailors on board.

The contenders for the title this very special year (the competition celebrates its 25th anniversary) are the teams led by Carmen Galdós, Helena Alegre, Eva González, Laura Gil, Cristina Ozores and by the recent winner of the Copa del Rey de sailing, Nuria Sanchez. They will compete aboard the Figaros Beneteau, one of the Prince’s two one-designs together with the J80, which is once again the largest class in the competition. Among the 8 meters we will see Javier de la Gándara’s Okofen, who is looking to hang his laurels again, both as the winner of the trophy and as the best J80 of the season.

The 36th Prince of Asturias Trophy unfurls its sails this Friday with the first day of competition and a special radio program that Onda Cero will broadcast from the Monte Real Yacht Club. Tomorrow, Saturday, the tests of the second day will be held and the Terras Gauda National Sailing Awards ceremony will be held, which will be broadcast live on the Galician Television website and will bring together five Olympic athletes, including the Spanish medal winners. Sunday, the last day of this 2021 edition, is reserved for the final regattas and the award ceremony for the winners.