Countdown to the Prince of Asturias Trophy 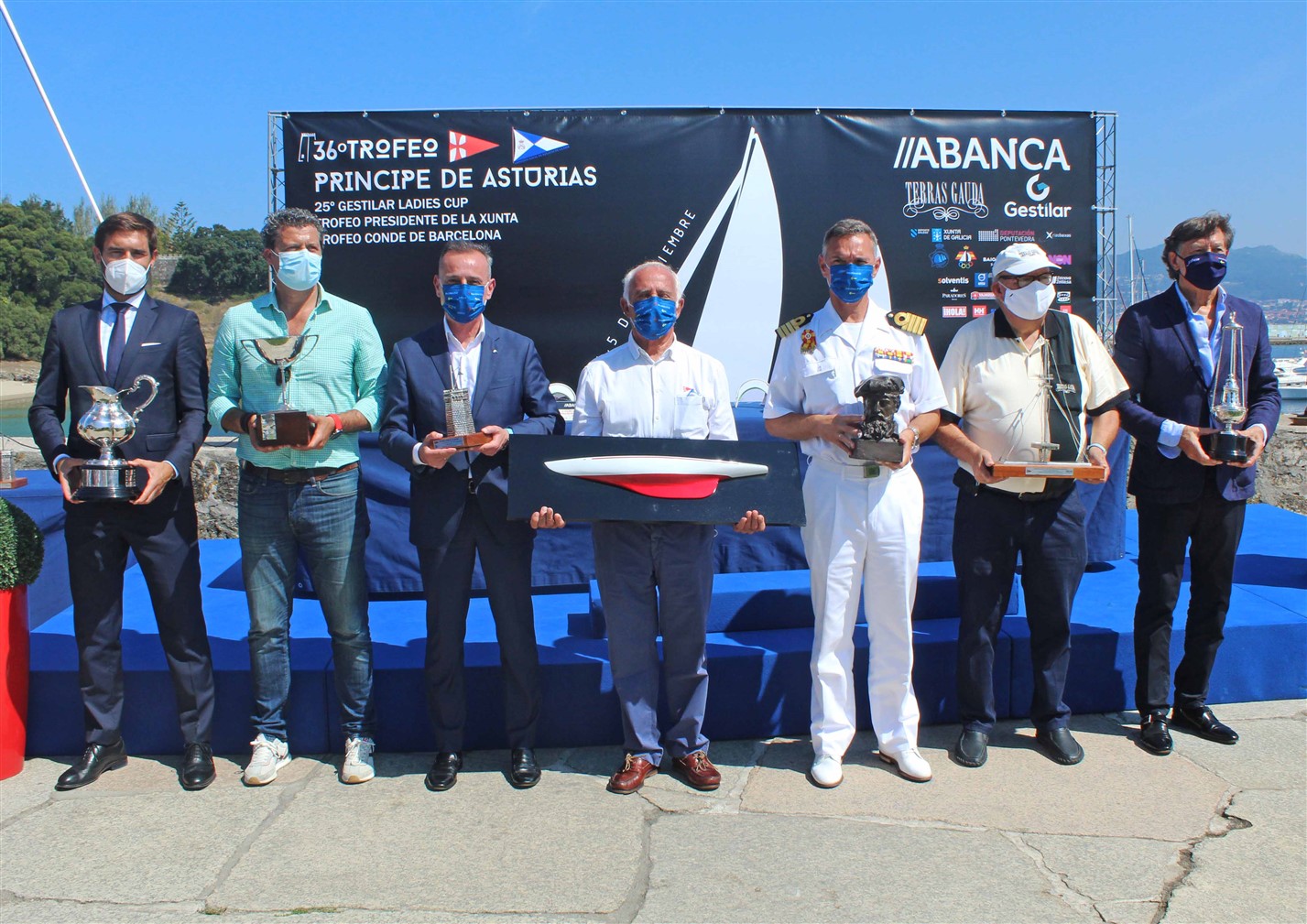 · The event sponsored for yet another year by ABANCA will include the Terras Gauda National Awards gala, the 25th Gestilar Ladies Cup and will put the Xunta President Trophy up for grabs

With the official presentation of the event at a press conference held this Tuesday in Baiona, the countdown formally begins for the 36th Prince of Asturias Trophy , which will be held one more year thanks to the sponsorship of ABANCA . The historic competition co-organized by the Monte Real Yacht Club and the Military Naval School is one of the most important nautical events in Spain and will take place next Friday in the waters of the Galician Rías Baixas, lasting for three days, until Sunday. 5.

75 crews will compete in a regatta program in which several coastal routes and other windward-leeward type tests are marked. It will be, as explained by the Commodore of the MRCYB, Ignacio Sánchez Otaegui, “a program in which the teams will have to prove their worth both in mid-course tests and in other more technical ones, and in which the winners will be those who dominate both situations, manage to read the wind and the conditions with greater accuracy and execute the best decisions and maneuvers in the water”.

In the Galician nautical event, women will once again have a prominent role through the Gestilar Ladies Cup , the exclusively female competition that Monte Real has been organizing for 25 years within the framework of the Prince of Asturias Trophy. In this 2021, the event celebrates its silver anniversary, half a century of life with the same objective with which it was born, that of trying to promote the presence of women in high competition. Six teams made up of six women will duel on six identical boats (Figaro Beneteau).

Also under equal conditions -as far as the type of boat is concerned- the J80 will compete, a class in which Monte Real will have the largest presence of its own boats. For years, the club has maintained a firm commitment to these 8-meter boats and the award of the World Cup to Baiona in 2023 has only increased the interest of shipowners in the club’s championships and the number of boats participating in the competitions of monotypes.

Thus, the 36th Prince of Asturias Trophy maintains, broadly speaking, the characteristics that have made it the the most important sailing competition in Galicia : multiple classes, a variety of tests, various regatta fields, an exclusively female section and another for monotypes, and an adapted sailing boat in which people with functional diversity will sail. The only changes in its usual program are motivated by COVID19, and will imply a limitation of participating boats (the registration of more than 75 sailboats has not been allowed), control of access and capacity, carrying out antigen tests on all the organization’s personnel, continuous cleaning of the facilities, the mandatory use of masks and the suspension of traditional breakfasts, dinners and fireworks.

They remain, yes, the two awards galas. The Prince of Asturias Trophy, on Sunday at half past six in the afternoon, will include this year as a novelty the delivery of the President of the Xunta Trophy , which is added to the already usual ones of the competition for the different classes; to the Conde de Barcelona Trophy (for the best ship with a Portuguese crew) and the Mary Woodward Trophy (for the best J80 of the season).

The other gala, on Saturday at eight o’clock in the afternoon, will be the National Sailing Awards , once again sponsored by Bodegas Terras Gauda. In this 2021, the Catalan Didac Costa will receive awards for the best ocean sailor, the Spain SailGP Team for the best team and innovative project, the crew formed by the Galician Támara Echegoyen and the Balearic Paula Barceló for the best women’s team and Helena de la Gándara for her Tokyo 2020 Olympic team communication project. The three athletes who returned from the Japanese Olympics with a bronze medal will also be distinguished: Joan Cardona (for the best Olympic sailor) and Jordi Xammar and Nico Rodríguez (for the best Olympic team).

In the official presentation of the event, the president of the Monte Real Yacht Club, José Luis Álvarez; and the Commander-in-Chief of the Naval Military School, Pedro Cardona, thanked, as co-organizers of the competition, the sponsorship of ABANCA, Gestilar and Terras Gauda to make possible this new edition of the Prince of Asturias Trophy, the Ladies Cup and the National Sailing Awards respectively.

They also highlighted the collaboration of the multiple firms and companies that are part of the team of collaborators of the competition and the support of the Xunta de Galicia, the Diputación de Pontevedra and the city council of Baiona; represented in the official presentation by the General Secretary for Sport of the Xunta de Galicia, José Ramón Lete Lasa; the Deputy for Sports of the Pontevedra Provincial Council, Gorka Gómez; and the mayor of Baiona, Carlos Gómez.

The Prince of Asturias Trophy, the great sailing event in Galicia and its commitment to women

If all the attendees at the press conference for the presentation of the Prince of Asturias Trophy agreed on something, it was that it was the great sailing event in Galicia. Many of them also wanted to highlight the fact that it is the 25th anniversary of the Ladies Cup.

“There are two reasons why the Prince of Asturias is special this year. One, for the great participation of J80 that we expect. It is a class that we have been betting on for years and its growth is a true reflection of the interest that the World Cup that we will celebrate in 2023 is arousing. The other reason is the quarter century of existence of the Ladies Cup, our women’s competition, a pioneer in Spain. It marks 25 years of our firm commitment to women’s sailing, which this year we have implemented with new activities and proposals”. – José Luis Álvarez, president of the Monte Real Yacht Club of Baiona.

“Sailing represents many of the values that we want to transmit to our students: effort, teamwork, desire to excel and many others. This is a regatta that we have marked in red on our calendar as one of the most important events of the year” – Mr. Pedro Cardona · Commander director of the Naval Military School.

“We are sure that this edition will once again be a success both at a participatory and organizational level and that is why ABANCA supports it for another year, because it is one of the great sailing events in Galicia” – Mr. Walter Álvarez · Territorial Director of ABANCA.

“Many years have passed since Terras Gauda, the MRCYB and the Naval School started working so that this regatta would have an increasing presence in the world of sailing, and it is an honor for us to be able to sponsor the National Sailing Awards, with which to recognize the best of Spanish sport” – Mr. José María Fonseca · President of Bodegas Terras Gauda .

“I would like to congratulate the Monte Real Club de Yates in this very complicated year because its activity has not stopped, quite the opposite, and that is thanks to the work of the club and the collaboration of administrations and sponsoring companies. I also have to highlight the great commitment of this club to women’s sailing, since it is the 25th anniversary of the Ladies Cup” – Mr. Gorka Gómez · Sports Deputy of the Pontevedra Provincial Council.

“The Spanish fleet today is closely linked to Baiona and, of course, to Galicia. This highly prestigious Prince of Asturias Trophy is much more than a regatta, as other events such as the Ladies Cup are held within it. Today it is easy to bet on women’s sport, but 25 years ago, when they started with the competition, was to have a spectacular vision of the future” – Mr. José Ramón Lete Lasa · General Secretary for Sport of the Xunta de Galicia.

“36 years we have been celebrating a regatta of which Baiona feels very proud. I also want to refer, of course, to the Ladies Cup and that vision of the future of Monte Real, because it clearly reflects the personality of the club and the efficiency of the work carried out over the years” – Mr. Carlos Gómez · Mayor of Baiona. 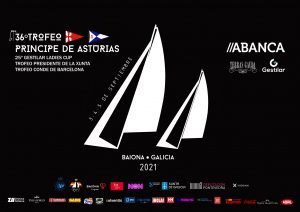