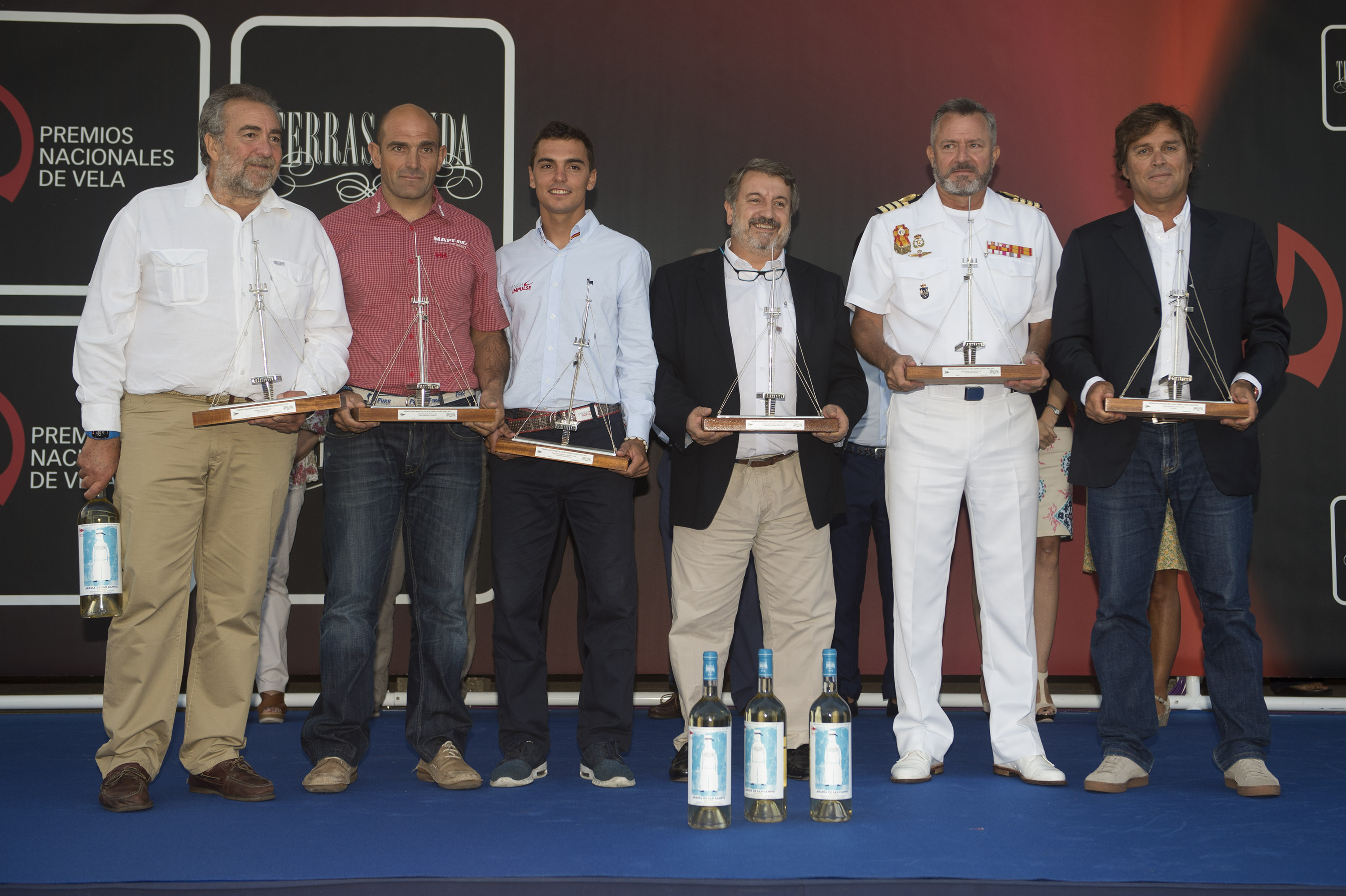 · The Monte Real Yacht Club hosted tonight the presentation of the Terras Gauda National Sailing Awards, which it has been organizing for 25 years

· The Maserati ship, the ABC supplement of the Náutica, Fernando Echávarri and Tara Pacheco, the Spanish Impulse, Xabi Fernández and the Military Naval School of Marín received the prestigious awards this year

Baiona, September 2, 2017.- The most outstanding of the nautical world in Spain met once again in Baiona at the Terras Gauda National Sailing Awards, awards created 25 years ago with the aim of recognizing the work of different people and institutions, as well as its human and sporting values.

The historic Monte Real Yacht Club hosted tonight, as part of the celebration of its 32nd Prince of Asturias Trophy, the award ceremony for the Maserati boat, the ABC de la Náutica supplement, Fernándo Echávarri and Tara Pacheco , the Spanish Impulse, Xabi Fernández and the Naval Military School of Marín.

Fernando León, skipper of the Maserati, was in charge of collecting, from the hands of the sports delegate of the Pontevedra Provincial Council, Consuelo Besada, the award given to the Puerto Portals boat, armed by Álvaro Irala, as the best ORC boat.

The Mariano Aguado Communication Award was won this year by the monthly supplement ABC de la Náutica , for the dissemination it has been carrying out, for more than a decade, of the main news related to sailing produced in Spain. The award was collected by its director, Pedro Sardina.

Fernándo Echávarri from Galicia and Tara Pacheco from the Canary Islands, winner of the Terras Gauda National Sailing Award for the Best Olympic Team, could not be present in Baiona tonight due to their sporting commitments, and the mayor of Baiona, Ángel Rodal, presented his award to Paco Pepe , first coach of the Galician athlete, who thanked the award on his behalf.

The Spanish Impulse by Iberostar was recognized as the best regatta team of the year for its performance representing Spain in the Youth America’s Cup, the youth version of the Copa América de Vela. From the “roosters” team, the Olympian Jordi Xammar and the Galician Luis Bugallo were present at the gala, who went up to collect the award accompanied by part of their sports team. The secretary for sports of the Xunta de Galicia, Marta Míguez, was in charge of handing it over.

The next prize of the night was collected by the MAPFRE skipper in the Volvo Ocean Race, Xabi Fernández from Gipuzkoa, winner of the Terras Gauda National Sailing Award for the best sailor of the year. The president of the Monte Real Yacht Club, José Luis Álvarez, congratulated him on having received an award that rewards, in a special way, his participation, as the only Spanish representative, in the latest edition of the America’s Cup.

And the Terras Gauda National Sailing Award for the institution of the year went in this edition to the Military Naval School of Marin, for the work it has carried out, for three centuries, in the scientific, humanistic, military and seafaring training of the officers of the Spanish Navy. The jury that awards the awards has also wanted to recognize with this award the fact that the School has become, throughout its history, one of the main generators of scientific knowledge in Spain, in matters as closely related to the nautical world as cartography, meteorology, geodesy, engineering, hydrography, oceanography or astronomy, among others. The Commander-in-Chief of the Naval Military School of Marín, José María Núñez Torrente, received the award from the president of Bodegas Terras Gauda, José María Fonseca Moretón, in the year that marks the 300th anniversary of his birth.

The National Sailing Awards gala ended with a great party at the Monte Real Club de Yates facilities, in which all the winners, authorities, and participants in the 32nd Prince of Asturias Trophy were able to enjoy a great night in Baiona, which included dinner, music and fireworks. 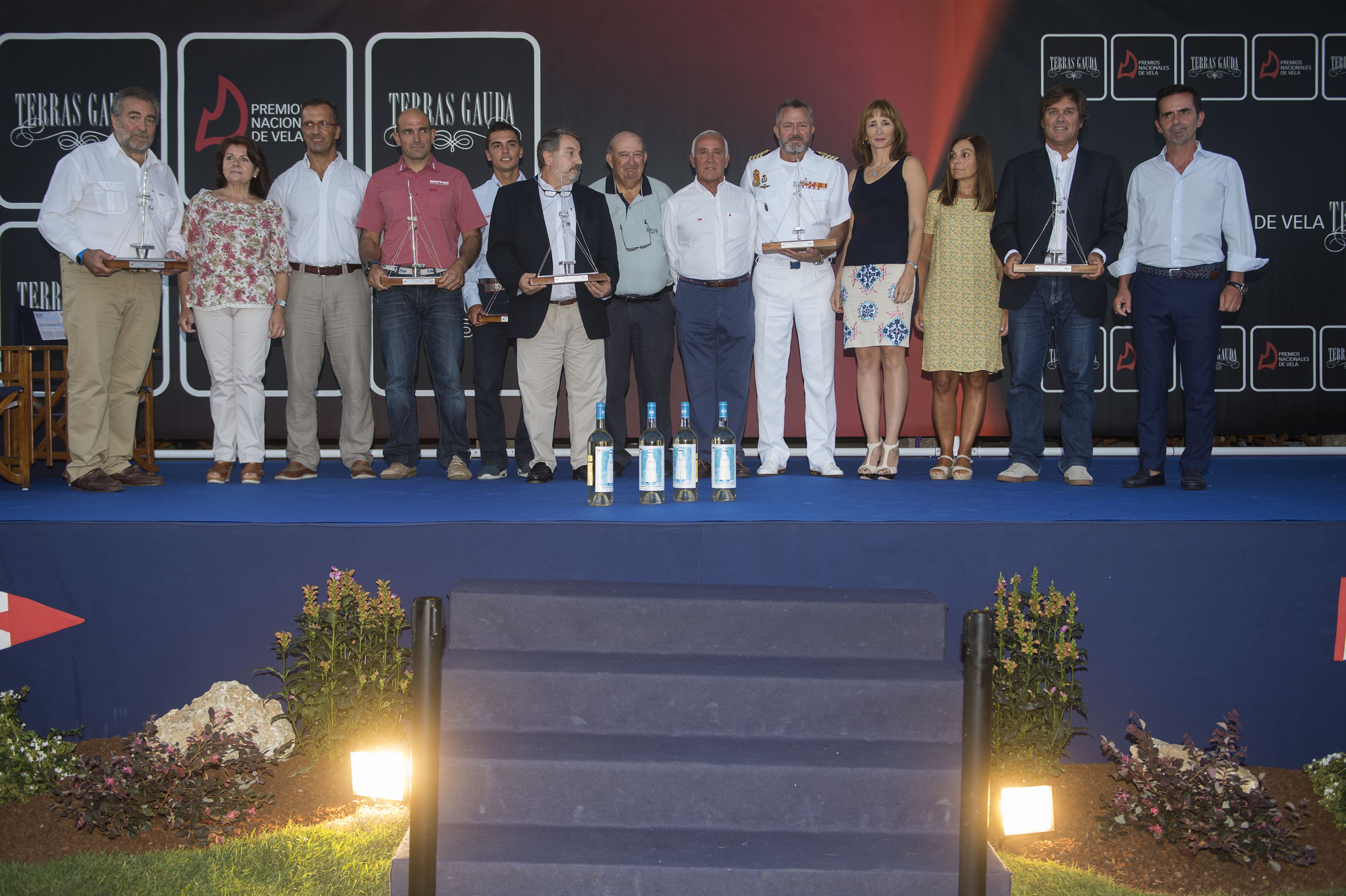 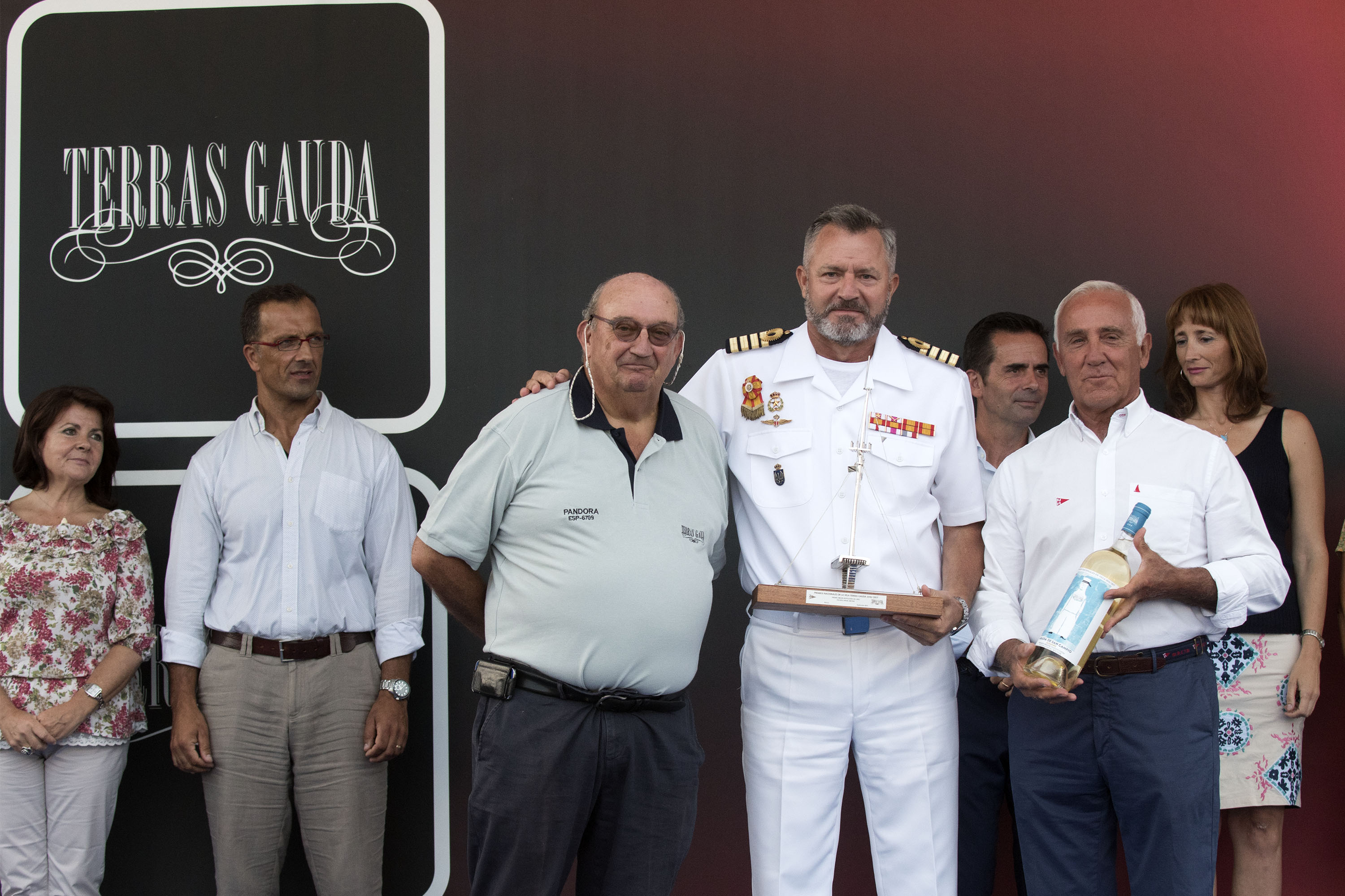