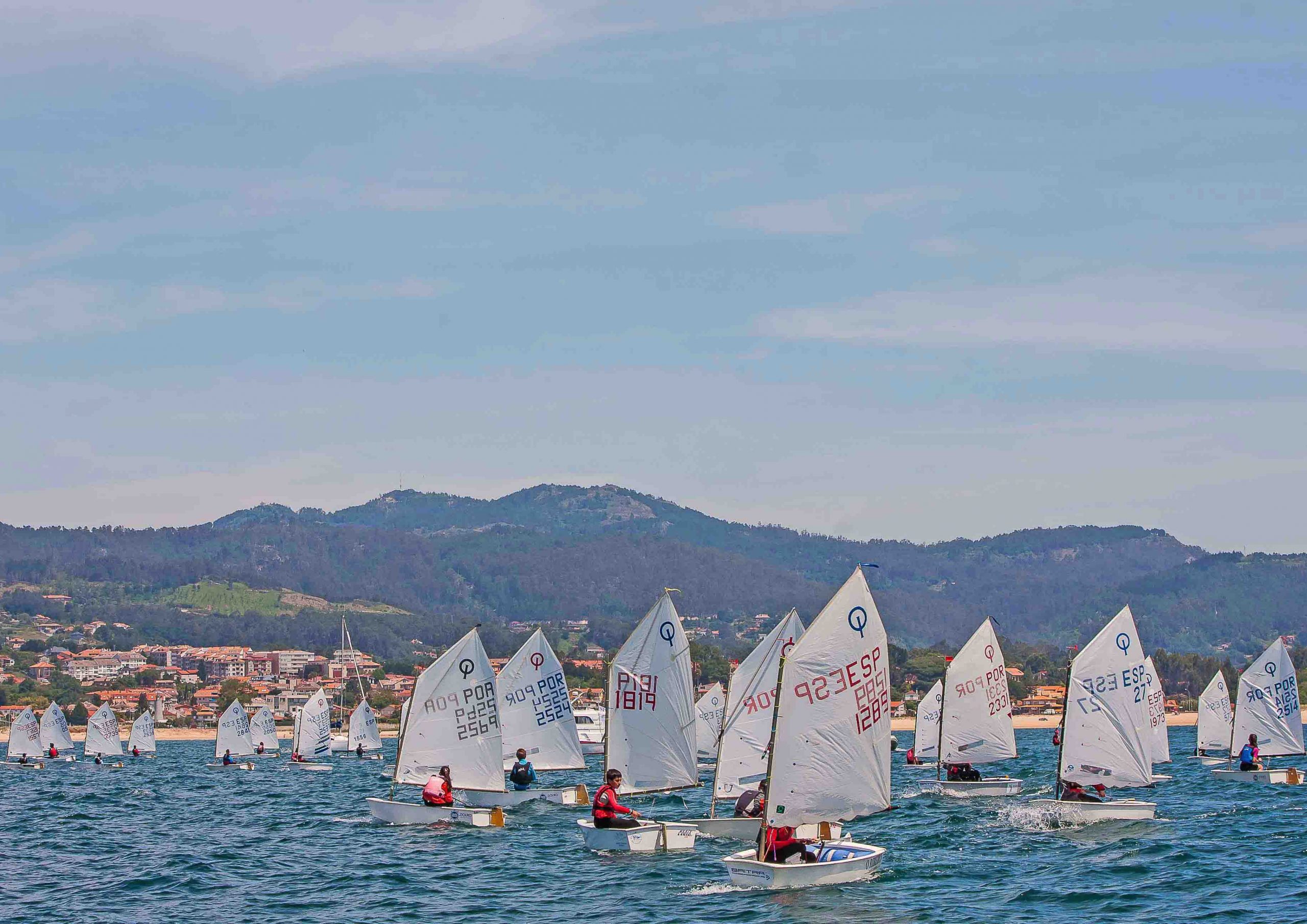 The Monte Real Club de Yates de Baiona hosts the Galician Optimist Championship starting tomorrow, Saturday, in which more than 120 boys and girls from all over Galicia will participate

· For this first day, the regatta committee will try to complete the first 3 tests of the competition, although the forecast of light winds could complicate the program

Baiona is ready these days to crown the new Galician Optimist champion among the more than one hundred contenders for the title who, for three days, will compete in the Galician Optimist Championship – Baitra Trophy, which is held under the organization of the Monte Real Club de Yachts and with the sponsorship of Baitra Accesorios Navales.

The competition will begin tomorrow, Saturday, at two in the afternoon, the time at which the regatta committee, chaired by Jano Martín, expects to start the first of the competition’s tests. It will do so if the weather forecast allows it, since it is somewhat complicated, with light winds from the west northwest that will take time to increase in intensity.

Despite this forecast, the intention of the committee is to be able to complete at least 3 regattas, with the aim of having enough margin to reach, next Monday, the 9 tests planned in the competition program.

The young sailors, divided into two groups, blue (the smallest) and yellow (with a sub-13 section and a sub-16 section), will compete for victory on a single regatta field, with a trapezoidal design, in the who will take the exits at different times.

Among the favorite sailors to sneak into a position on the podium are Mencía Casas (RCN Sanxenxo), Andrés Barreiro (CM Canido), Pablo Astiazaran (RCN Vigo) and Lian Jane (CM Canido), currently at the top of the ranking of the Royal Galician Sailing Federation.

The Optimist Galician Championship will last until next Monday, the last day of competition and the day on which the Galician champion crown will be awarded.

In addition to the tests in the water, the Monte Real will offer sailors a meal every day at the club, with the aim that the boys and girls can rest from the tests and strengthen ties with the rest of the athletes.