The Galician Optimist Championship celebrates its golden anniversary in Baiona 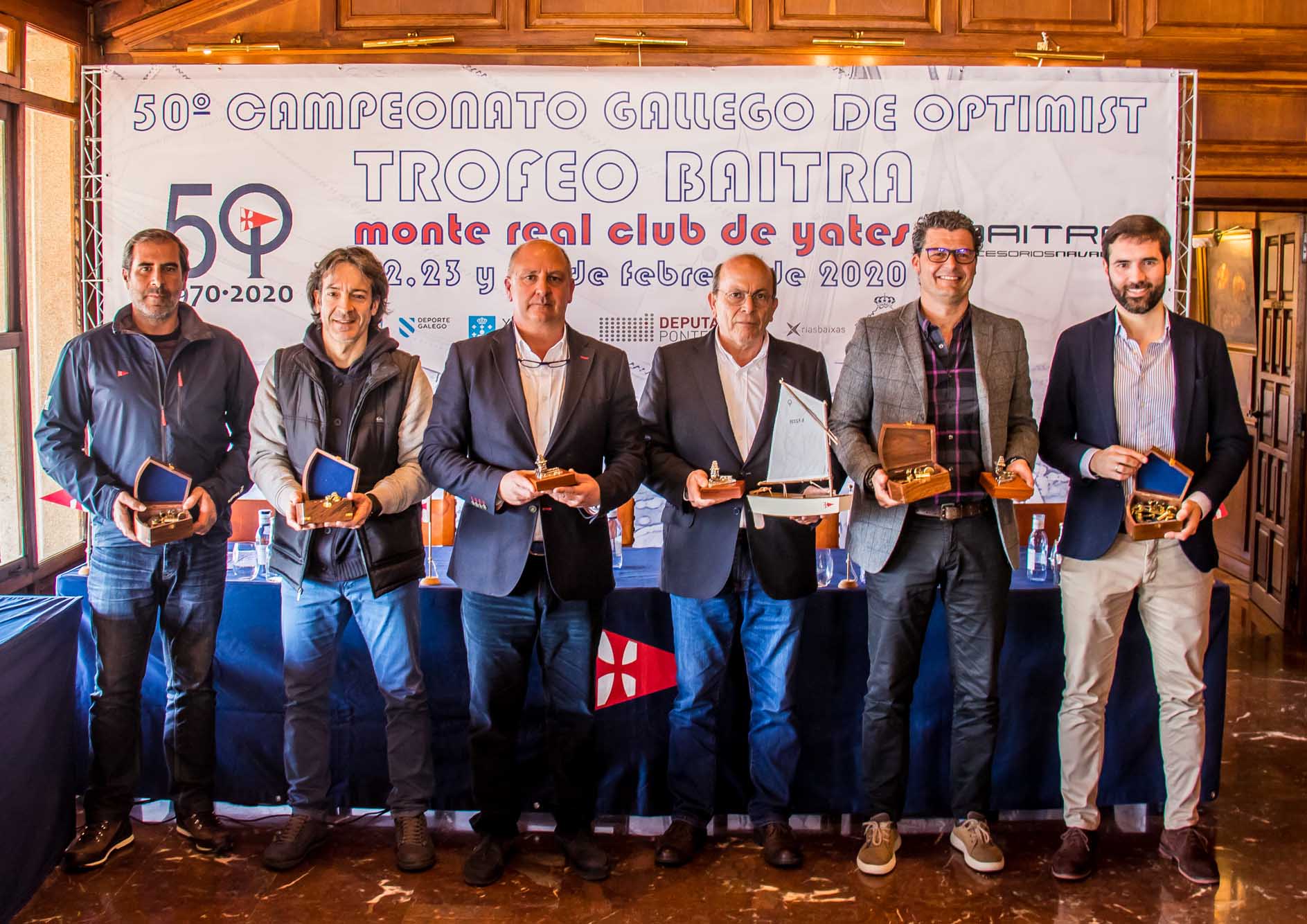 · During the 3 days that the regional event will last, some 120 young sailors between 8 and 15 years of age from clubs from all over Galicia will compete in 9 regattas in the bay of Baiona

· Among the participants will be Mencía Casas (Sanxenxo), Andrés Barreiro (Canido), Pablo Astiazaran (Vigo), Pablo Rodríguez (Rodeira) and Liang Jane (Canido) who lead the Galician ranking after the previous qualifiers

Baiona hosts this weekend the celebration of the golden anniversary of the Galician Optimist Championship, which will celebrate its anniversary at the Monte Real Club de Yates, the club that saw it born in 1970 with the organization of its first edition.

Five decades after that first championship, in which 17 children participated and José de la Gándara was the winner aboard the “Canario”, the Baionese club will bring together some 120 sailors from clubs throughout Galicia in a competition that will last for three days .

From a minimum of 3 regattas and a maximum of 9, depending on the weather conditions, the award will be given to the best Optimist sailor in Galicia, a title to which athletes between the ages of 8 and 15 aspire.

The first five are Mencía Casas (Sanxenxo), Andrés Barreiro (Canido), Pablo Astiazaran (Vigo), Pablo Rodríguez (Rodeira) and Liang Jane (Canido), and except for last-minute surprises, some of them will surely be in the most top of the podium of the Galician championship.

On Saturday 22, the first day of competition, the day will begin with the measurements and delivery of documentation to the participants. A coaches’ meeting will be held afterwards and the tests will begin at two in the afternoon.

The scene of the dispute will be the bay of Baiona, the routes between buoys will have a trapezoidal design and the small ones will sail according to the group system of the Royal Galician Sailing Federation, which divides them into blue and yellow.

On Sunday 23, the second day of testing, the warning signal for the start of the day’s heats will be heard at 11 in the morning; and on Monday 24, in the last stage of the championship, the start will be somewhat earlier, starting at half past ten.

That same day, around six in the afternoon, the award ceremony for the winners will be held, in which, in addition to club officials and authorities, some of the winners of the first Optimist Galician Championship of 1970 will participate.

In the official presentation of the event, held this morning with a press conference in Baiona, the vice president of the Monte Real Yacht Club, Alejandro Retolaza, welcomed the fact that the club had been chosen to celebrate half a century of competition. “The evolution in these five decades -he said- has been enormous. Interest has grown, the number of schools and championships has grown and, above all, the number of boys and girls who start sailing each year has grown a great deal” .

The vice president of Monte Real put figures on the table. He said that currently about 400 Optimists sail in Galicia, of which about 130 participate in competitions. “And a large part of them -assured Retolaza- we will have them this weekend in Baiona” .

The sponsor of the event, Juan Carlos González, general director of Baitra Accesorios Navales, a company that has been betting on dinghy sailing in Galicia for years and supporting numerous competitions, also spoke at the press conference.

“Without sowing there is no harvest -said González- and in this sowing process for the future of sailing in Galicia, Baitra loves to collaborate, especially if he does it hand in hand with a great club like the Monte Real Club de Yates “ . The general director of Baitra Accesorios Navales assured that the sea is directly related to his company and that is why, and because of the great values that the sport of sailing brings to young people, they have decided to support this competition.

The council of Baiona with the mayor Carlos Gómez; the Provincial Council of Pontevedra with Gorka Gómez and the Xunta de Galicia with the Sports Coordinator, José Manuel Freire; They also did not want to miss the presentation of the championship, of which the MRCYB sports director, Roy Alonso, gave all the technical details. 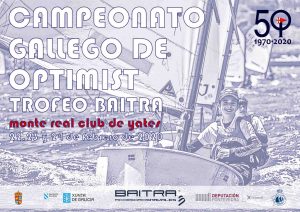