Baiona crowns the winners of the AXA J80 Autumn League 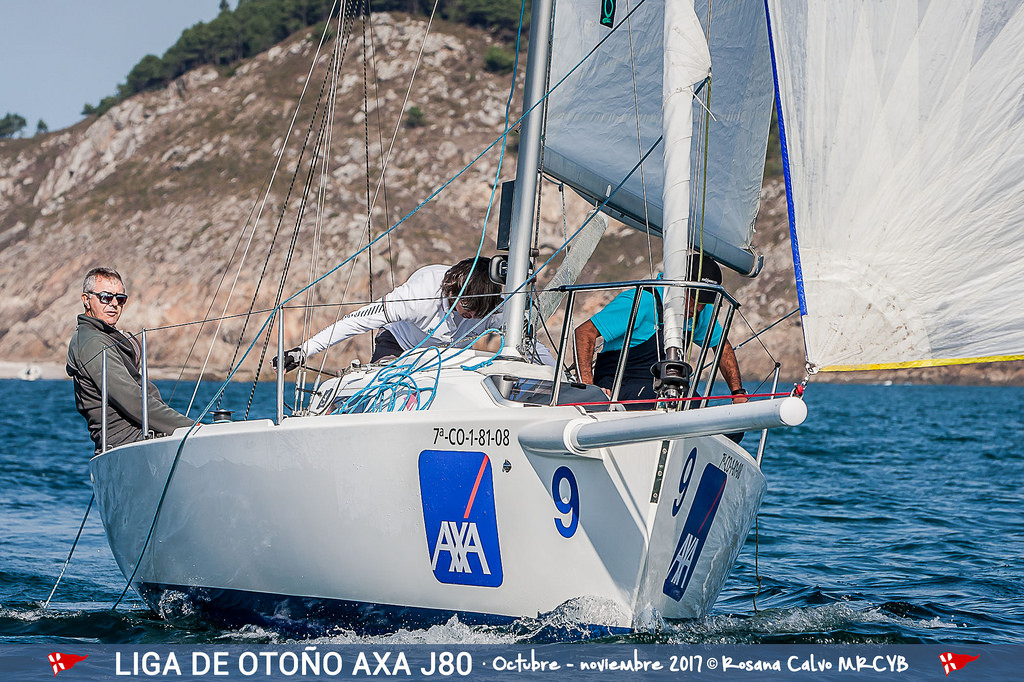 Baiona crowns this Saturday the winners of the AXA J80 Autumn League, the one-design competition that has been held since last October in the bay of Baiona under the organization Monte Real Club de Yates and the sponsorship of AXA Seguros.

After the previous three days, tomorrow the fourth and final stage will be held, with a final program of three windward-leeward routes starting at three in the afternoon.

The crew of the Cansino , skippered by the commodore of the Monte Real Yacht Club, Nano Yáñez, is in the lead after having snatched the leadership from Okofen , who suffered on the last day due to the absence of their leader Javier de la Gándara.

Both sailboats, separated by three points in the general classification, will compete for the top drawers with Enrique Porto’s Ferralemes , who is just two points behind them.

We must not lose sight of Luis de Mira’s Namasté and Manuel María Cunha’s Marías-Casas do Telhado on the water either, who stood out in the last regattas in Baiona and are clear contenders for one of the positions on the winners’ podium. .

They are followed in the classification, although at a greater distance, by the Meltemi , the Luna Nueva , the Pazo de Cea , the Mondo , La Galera and the Cormoran II . The Miudo by Storax and the SND Cormorán close the list, with a race less disputed than the rest of the boats.

The last tests of the AXA J80 Autumn League will begin at three in the afternoon in the bay of Baiona, and if the forecasts are met, the wind will not be an impediment to its celebration, since it will blow quite strongly.

Once the competition in the water is over, the facilities of the Monte Real Yacht Club will host the awards ceremony for the winners, within the framework of a fellowship dinner in which sailors and sponsors will participate.