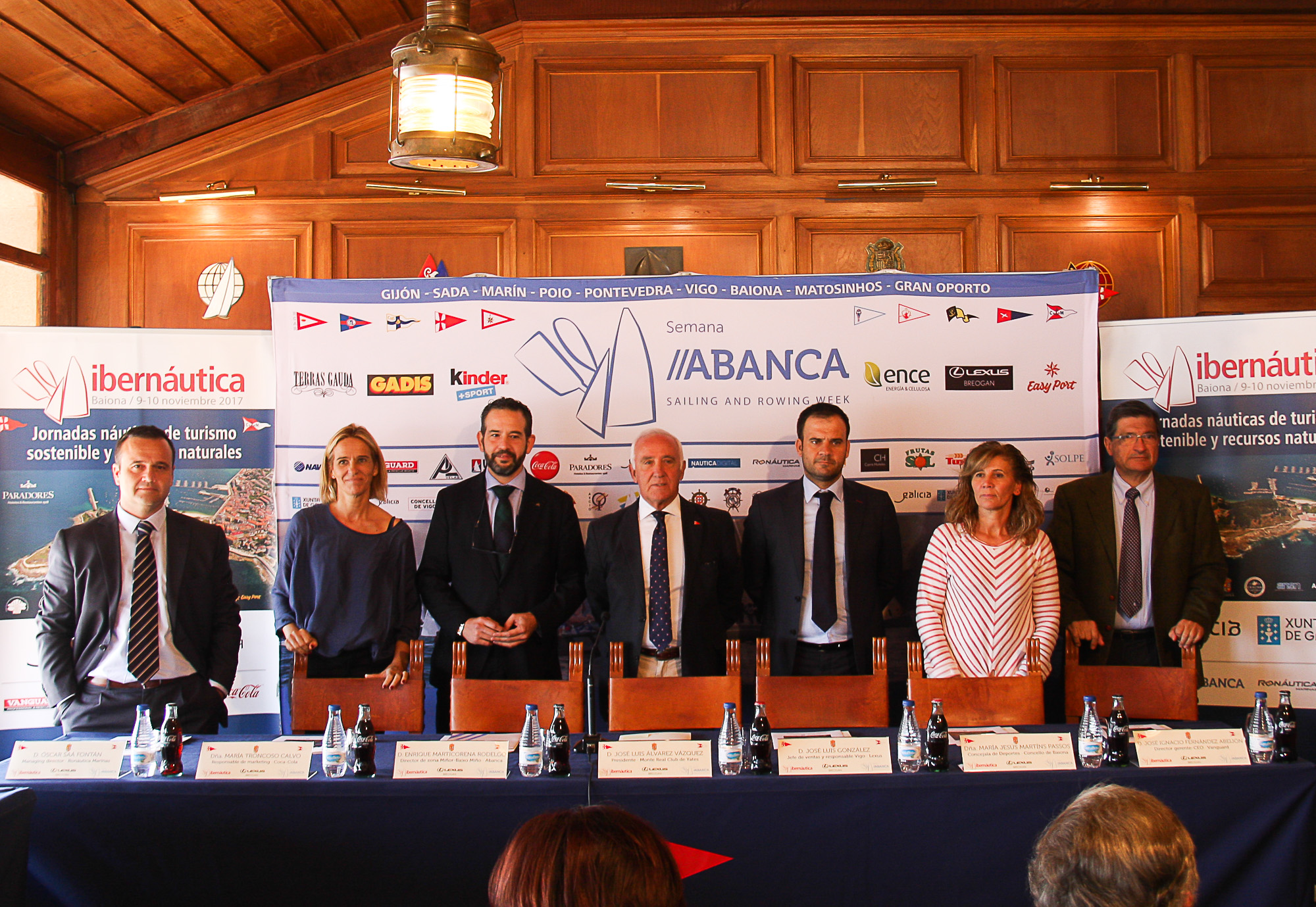 Baiona (Pontevedra). – This morning the ABANCA Week cycles that will take place in Villa de la Pinta were presented at the facilities of the Monte Real Club de Yates de Baiona: first Ibernautica, the congress on the sustainability of nautical tourism that will take place this Thursday and Friday at the Parador de Turismo, and on Saturday the Lexus Breogán Cup, a cruise regatta based on the time trial system, which made Monte Real fashionable in Spain at the beginning of the 1990s, and which had a great impact in Spanish sailing for its originality in the time compensation system. The event was presided over by José Luis Álvarez, president of Monte Real, who was accompanied by the Baiona councilor for sports, as well as sponsors of these cycles immersed in the ABANCA Week, and organized by the Monte Real Yacht Club and the Maritime Club of Vigo.

Ibernautica has the support of the Tourism Office of the Xunta de Galicia, as well as the Baiona City Council, ABANCA, Ronáutica Marinas, Vanguard Marine, Coca Cola and Lexus, as well as the Gastronomy Academies of Galicia and the Caminos de Santiago, the Tourist Cluster of Galicia, ANEM, the CEACNA and Paradores de Turismo among other institutions. It is chaired by Francisco García de Bobadilla, who was the head of Tourism in Galicia, as well as president of Paradores, and has the Asturian Víctor Montero, considered one of the most outstanding specialists in nautical congresses at a national level, as director.

The Secretary General of Fisheries of the Ministry of Agriculture, Alberto López-Asenjo García, will be the one who will deliver the first conference on Ibernautics at eleven o’clock on Thursday morning at the Parador de Turismo de Baiona. Half an hour before, the Secretary of State himself, together with other authorities, will inaugurate the sessions that will include professionals of the highest level in all the subjects to be discussed, which will take place throughout Thursday and Friday, and will be closed by the Vice President of the Xunta from Galicia, Alfonso Rueda, at half past one on Friday afternoon.

A competition framed within the ABANCA Week is scheduled for Saturday, which was theoretically the closing event, but after the postponement of the Ence Iberian Cup of Olympic Rowing for November 25 in Marín, it will be the penultimate appointment. The Lexus Breogán Cup will start at three in the afternoon, and will include the participation of ORC cruisers, among which the “Bosch Service Solutions” with Ramón Ojea a la caña, one of the most powerful boats in northwestern Spain, as well as a large fleet of J80s and Figaros. The system used is the “against the clock”, with which the compensation of times will be given from the start, so that once the fleet starts, it will compete in real time. At stake, the Vanguard Marine Trophy for the winning club (teams of two boats), consisting of a set of Vanguard beacons valued at several thousand euros for the corresponding Sailing School.