30 miles will decide the new Galician solitaire champions and two 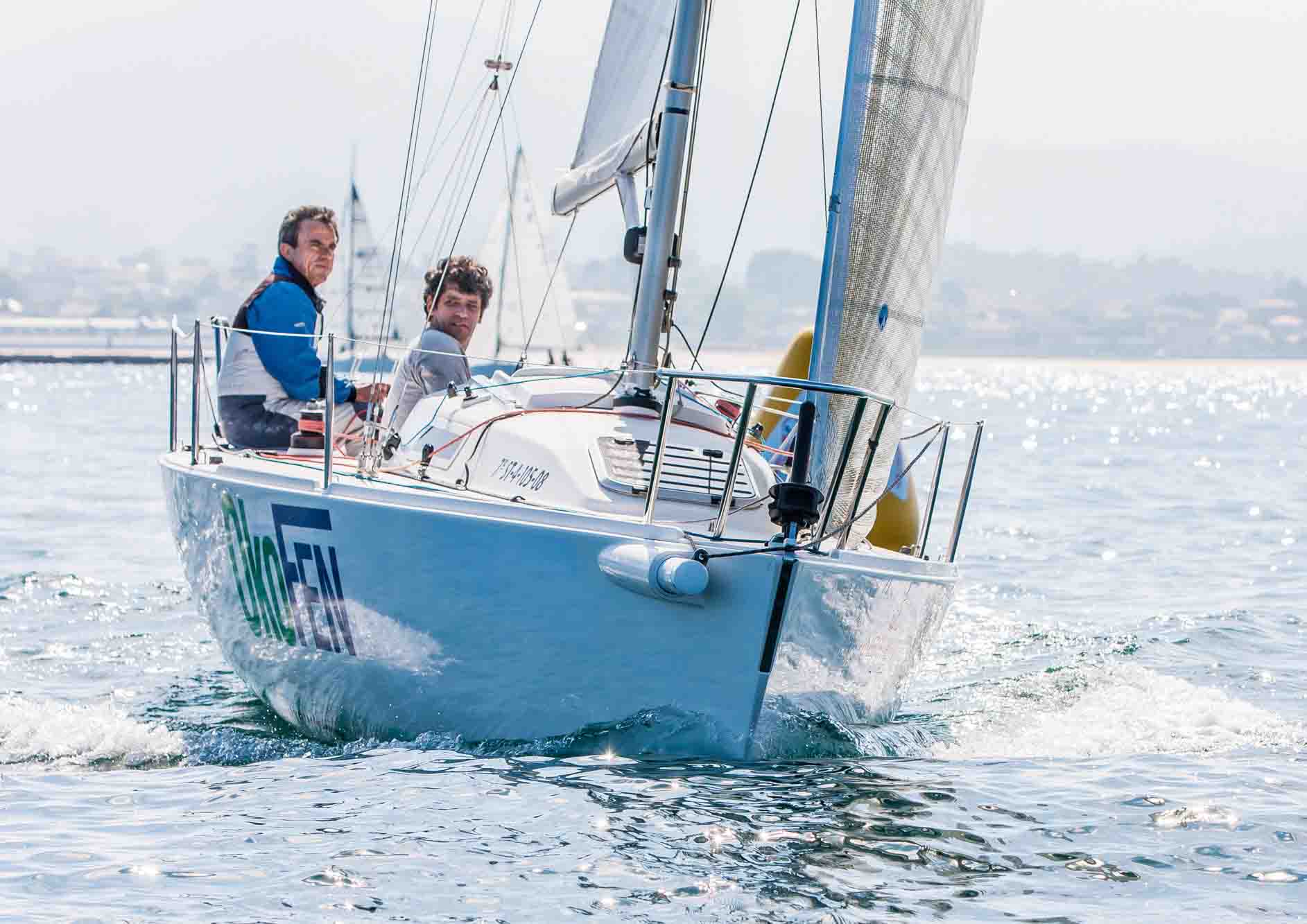 · A 30-nautical-mile route between Baiona and the island of Ons will decide the winners of the 2019 Galician Solitaire and Two-Handed Championship, which will be held on Saturday as part of the Prima Vinia Trophy

This is the eighth consecutive year that the Royal Galician Sailing Federation delegates the organization of the championship to the Monte Real Club de Yates, which can be followed in real time via computer or mobile

In addition to deciding the Galician Solitaire and Two-Handed Championship and paying tribute to the president of Monte Real for more than 40 years, Don Rafael Olmedo, the event will score points for the Rías Baixas Two-Handed Circuit

A round trip of about 30 nautical miles between Baiona and the island of Ons will decide, next Saturday, June 1, who are the winners of the 2019 Galician Solitaire and Two-Handed Championship, which is held within the framework of the Prima Vinia Trophy of the Monte Real Yacht Club.

This is the eighth consecutive year that the Royal Galician Sailing Federation has delegated the organization of one of the most exciting and complicated races of the sailing season to the club from Baiona, which It can be followed live in real time on your computer or mobile through the Monte Real website.

After the security checks, confirmation of entries and meeting of the skippers on Friday, the test will begin on Saturday at 11 in the morning and will last, predictably, throughout the day.

The route, which will ultimately depend on the weather conditions, is scheduled to start from the Bay of Baiona and have the Carallones and La Negra beacons as a compulsory step, after leaving the Cíes Islands behind, the participating crews will head to Ons to turn around the Camouco and return to Baiona via the islet of Viños, La Negra and Carallones.

There will be a solo division, for sailboats with a single crew member; and a division of A Dos, for boats with a maximum of two people on board. The J80 fleet, which usually competes in real time, will also be able to qualify in this trial in compensated time to enter the championship standings.

The awards ceremony will be held at eight in the afternoon at the Monte Real Yacht Club, and will be attended, among others, by the commercial coordinator of Prima Vinia, the Pontevedra wine marketing company that sponsors the trophy.

In addition to being the Galician Solitaire and Two-Handed Championship, and paying tribute to the president of Monte Real for more than 40 years, Mr. Rafael Olmedo Limeses, the Prima Vinia Trophy is the second scoring event of the “Rías Baixas A Dos Circuit” , organized jointly by the Portosín, Portonovo, Baiona and Bouzas yacht clubs.

The first of the tests “Vuelta a Cíes” , organized by the Liceo Marítimo de Bouzas, was held last weekend, with a podium made up of the Salaño Dos , from the Royal Nautical Club of Vigo; the Oh Carmela from the Bouzas Maritime Lyceum; and the Namasté of the Monte Real Yacht Club. The next appointments of the circuit will be the “Vuelta al Barbanza” , the “Gran Trofeo Faro de Corrubedo” and the “Memorial Paco Alvariñas” .