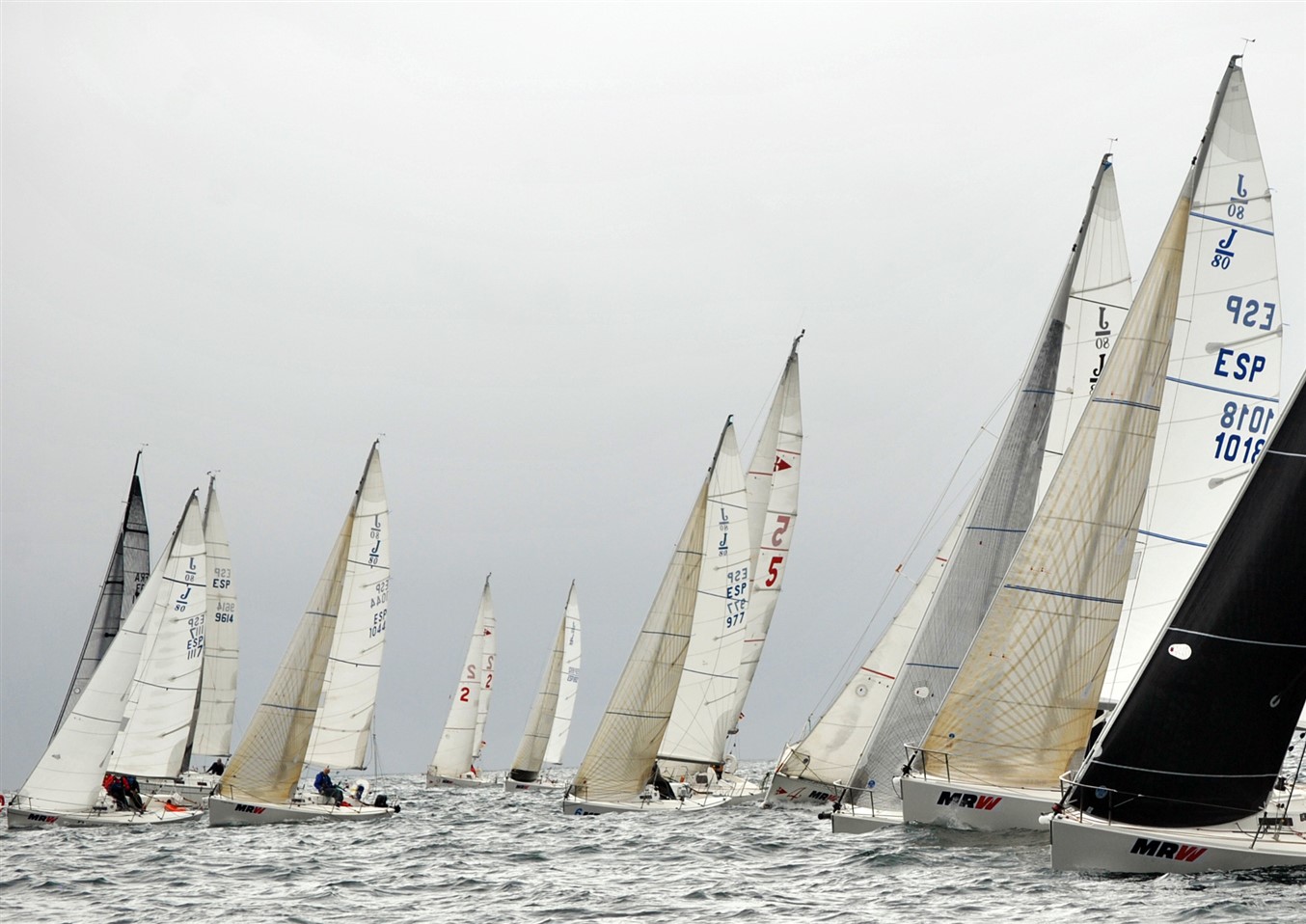 · For the first time in the history of the competition, specific prizes are put up for the best female and mixed crews

13 women aspire to become, this Saturday, the new Galician A Dos Champions in the regional event that the Monte Real Club de Yates organizes by delegation of the Royal Galician Sailing Federation and is part of the MRW Trophy. For the first time in the history of the competition, in 2021 specific prizes are put up for the best female and mixed crews, and there will be several teams of each type competing in the different classes.

In J80, 4 exclusively female teams will go for the title, made up of: Alejandra Suárez and Pilar Amaro, María Campos and Rita Hernández, Marta Ramada and Dunia Reino; and Carlota Hernández and Carolina Terron. The crew members of this last team, Hernández and Terrón, who will sail aboard the “Gordita”, agreed on the importance of continuing to take steps to increase the number of women sailing.

“Having a prize for women within the general competition is very important since the percentage of men who participate is always higher and, statistically, they have more chances of winning, so these prizes – says Carlota Hernández – they allow women to stand out in some way, and they also serve to promote sports among women” .

For Carolina Terrón, the fact that there are more and more women in the regattas is a very good sign, “but there is still a lot of work to be done” , she says. “These types of initiatives give women much more visibility than they usually have and that is very important to continue attracting more female sailors. I think that a very strong commitment is being made in this sector, more and more, and that it is working, but we have to continue working”

In the class in which they compete, that of J80, there will also be a mixed team, that of the couple formed by Luis de Mira and Susana Baena, but they will have to face the male teams since it has not been possible to form a mixed class due to lack of boats (the committee required the participation of at least 4).

Where there will be a mixed section will be in the ORC class, in which 4 crews made up of men and women have signed up to participate. They are those of Carolina Martínez and Miguel Ángel Fernández (RCN A Coruña), Víctor Carrión and Ana Sardiña (CN Beluso), Elena Raga and Miguel Sterner (MRCYB); and Miguel Barros and Paula Rey (MRCYB).

In total, 36 sailboats (at this time the registration period has not yet closed) manned by only two sailors, will compete this Saturday in the Rías Baixas in a regatta that will begin at eleven in the morning from inside the bay of Baiona. It will be there that the starting horn will be given for a route of about 30 miles that will take the participants, if the wind allows it, to the Ons area, to return again to Baiona.

Faced with a complicated weather forecast, which could make the intensity of the wind drop, the committee has also prepared an alternative that would involve taking the sailboats through the interior of the Vigo estuary towards the Rande bridge, placing various points of possible return in case it were necessary to shorten or even finish the route earlier than planned.

Once the competition is over, the Monte Real Club de Yates will host the awards ceremony for the winners, in which the president of the MRCYB, José Luis Álvarez, and the Director of the South Galicia Zone of MRW, Santos Almeida, will participate, among others. event sponsor.