Tomorrow the final of the Infinitus Trophy is celebrated 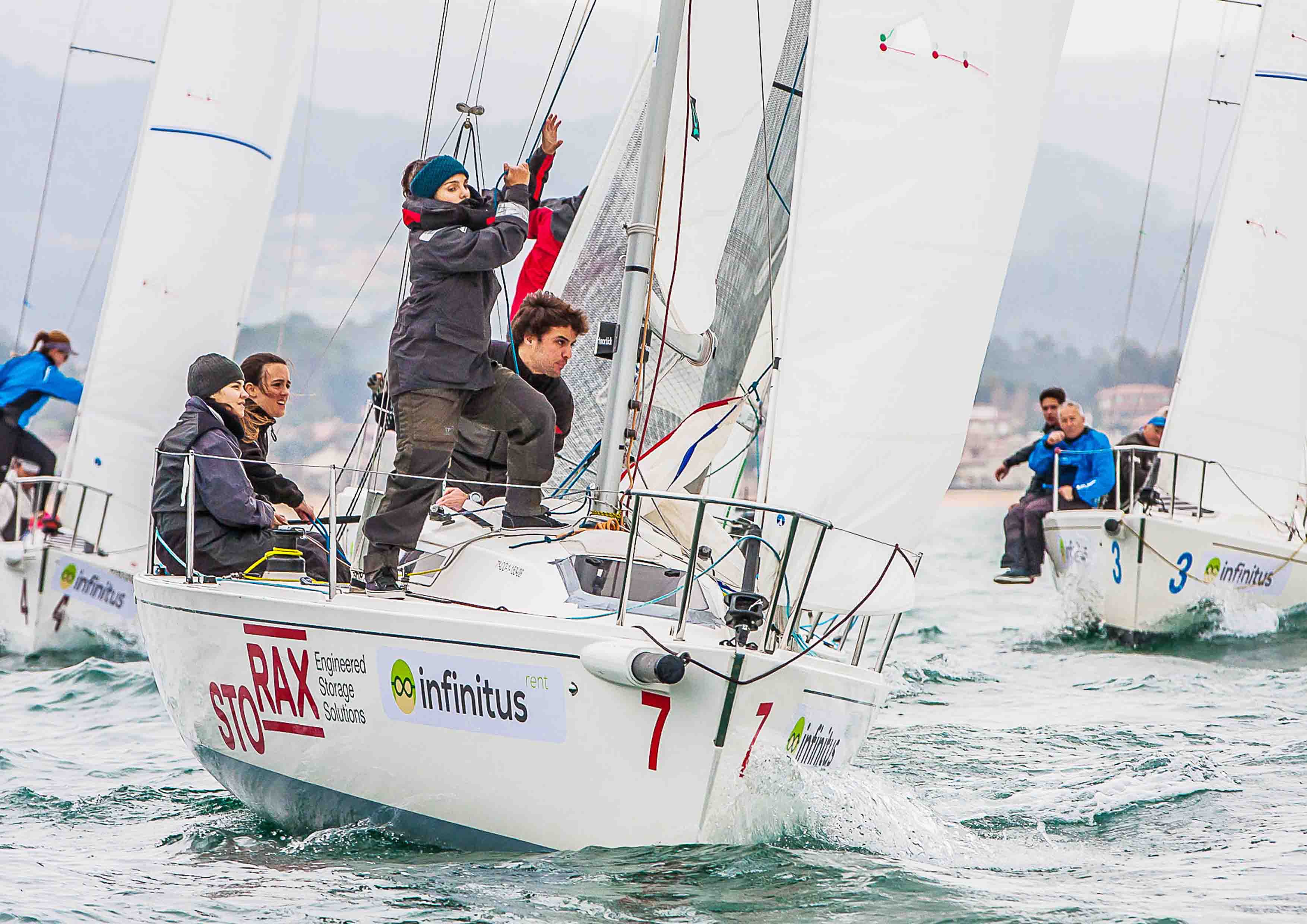 Tomorrow, Saturday, the final day of the Infinitus Rent Trophy, the J80 class Winter League that the Monte Real Club de Yates has been holding since the beginning of the year, will be held in Baiona. The last three tests scheduled in the competition program will begin at three in the afternoon inside the bay of Baiona, in a regatta field in which the committee will design a pole course that the fleet will have to go around twice on each sleeve.

The Portuguese crew of the Miudo, skippered by Afonso Leite; and the Okofen of Javier de la Gándara from Vigo, arrive at this sixth and last day as leaders of the championship, tied at 13 points in the first places of the classification. Behind them, with 18 points, is Miguel Lago’s Virazón, another of the big names in the trophy, also a contender for gold in the competition.

Further apart from them in the ranking, at a distance of 10 points or more, are the rest of the sailboats participating in the Infinitus Rent Trophy, a total of 17 J80 one-designs, most of which sport the Monte Real pendant Yacht Club, the organizing club and one of the great promoters of this class in Galicia.

After the celebration of the tests in the water, the crews will participate in a fraternization dinner in the framework of which the prizes will be awarded to the winners of the competition. It will be attended, in addition to the sailors, by several directors of the Monte Real Yacht Club, members of the regatta committee and Alberto Rodríguez, director of business development for Infinitus Rent, the company that sponsors the trophy.