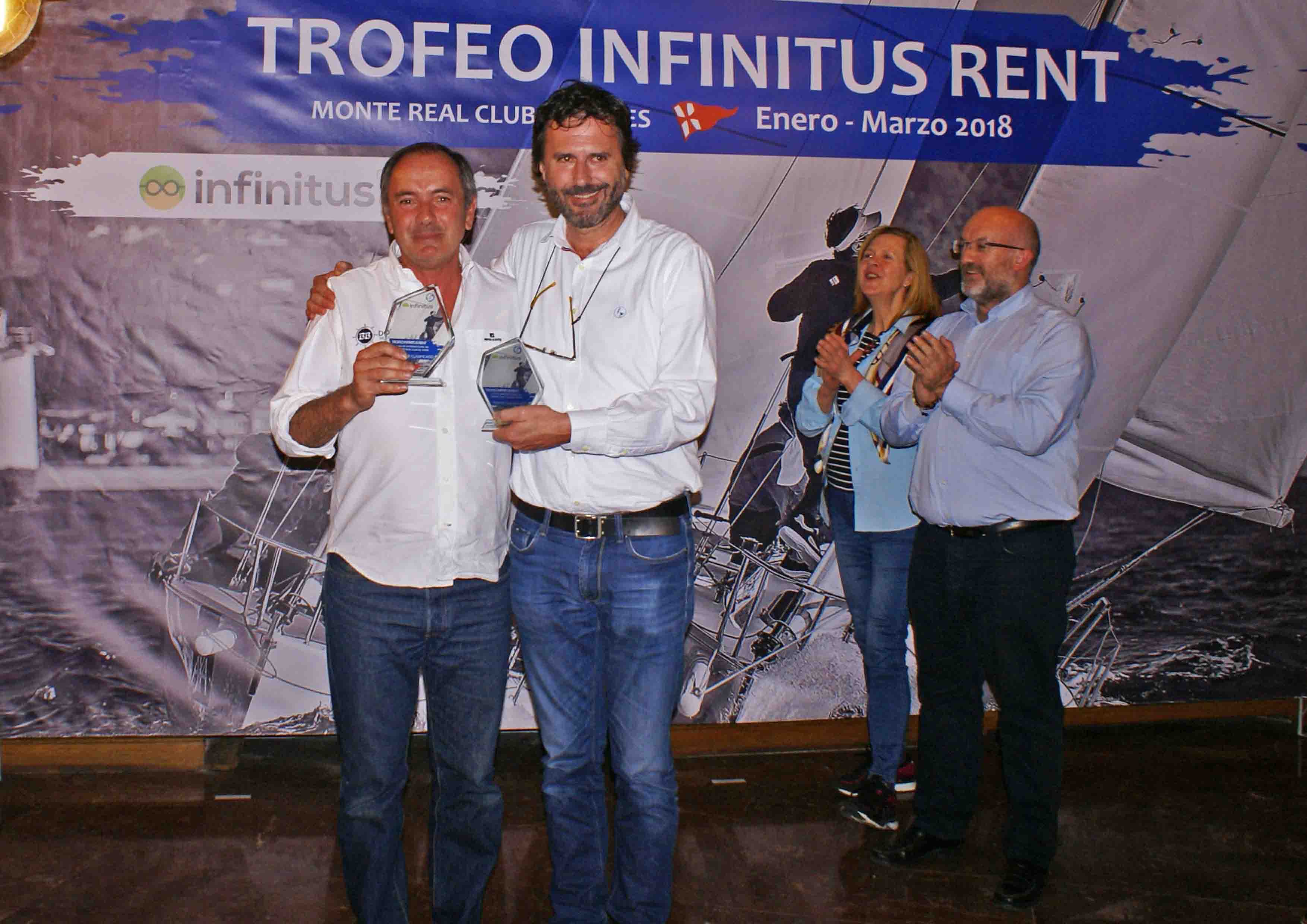 Miguel Lago’s Virazón and Javier de la Gándara’s Okofen won silver and bronze in a competition that maintained great excitement until the final day, when the winners’ podium was decided

After more than three months of competition, the championship said goodbye to Baiona with the sixth and last day of tests, in which the participating sailboats disputed the last three regattas that ended up defining the winners’ podium. Three races that were held in very good conditions and that allowed the excitement to be maintained until the end, with the crews giving their best on the water.

The grand prize of the Infinitus Rent Trophy was finally won by the Miudo, a boat from the BB Douro club in Vila Nova de Gaia that sails through the Monte Real Club de Yates, in which Francisca Barros and Afonso Leite alternated at the helm. Both skippers, the youngest in the competition, kept the Miudo in the positions of honor during practically all the tests and resolved the championship on the last day, ascending to the first position. 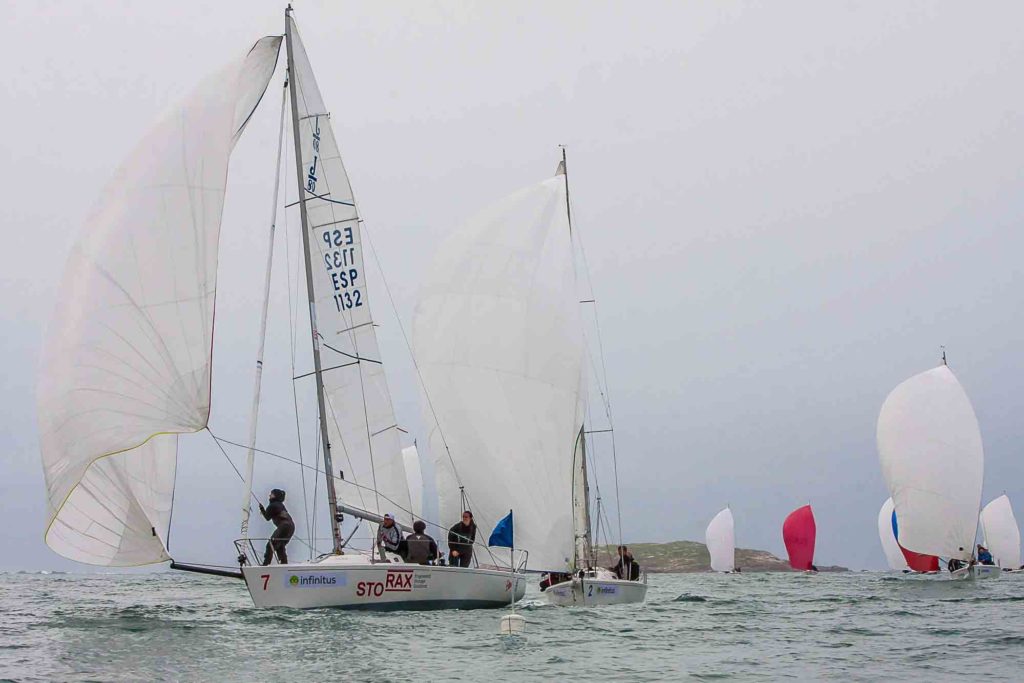 Javier de la Gándara’s Okofen, who reached the final among the favorites to win, tied on points in the standings with Miudo, once again sneaked onto the winners’ podium, but this time with the medal bronze. The silver of the Infinitus Rent Trophy went to Miguel Lago’s Virazón, who fought throughout the competition to stay in the positions of honor and finally succeeded.

El Cansino of the commodore of Monte Real, Fernando Yáñez; and the Meltemi of the Real Club Náutico de A Coruña, skippered by Guillermo Blanco; They maintained the fourth and fifth position that they had dragged from the penultimate day. 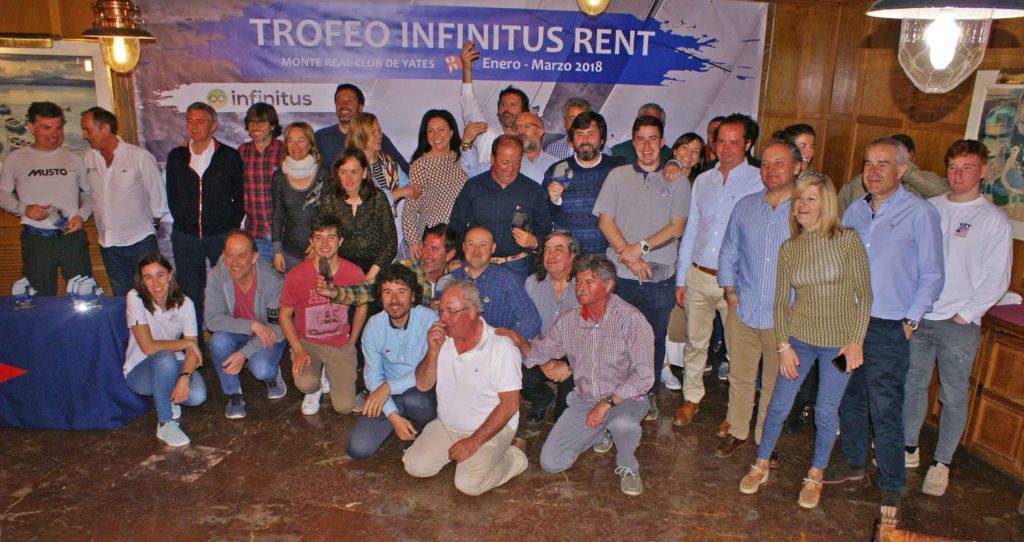 The end of the competition was put by a fellowship dinner held in Baiona, which was attended by shipowners, sailors, collaborators, regatta committee managers and the organizing club. Also present were the operations manager of Infinitus Rent, Luis Ángel Martín; the company’s business development director, Alberto Rodríguez; and Jorge Otero, commercial delegate in Spain and Latin America of the sponsoring firm, a company born from the union of four technology leasing marketing companies in Spain, with more than 7 years of experience in the sector and an annual turnover of around 12 million of euros.

Prepared for the Spanish Championship of the J80 class

The Infinitus Rent Trophy has served the Monte Real Yacht Club in preparation for the Spanish J80 Championship, which the club will host at the end of next April. Its one-design fleet, the largest in Galicia and one of the most outstanding in the peninsula, will participate in its entirety in the national class, to which the club’s crews attend with aspirations of winning the title.

Baiona will begin to receive the sailboats arriving from different parts of Spain in the last week of April and, after a previous day, reserved for the registration and weighing of the crews, the competition will begin on Saturday the 28th, and will continue for 4 days. The national J80, framed in the Repsol Trophy, will end on May 1st with the last races and the awards ceremony for the winners.

The J80 make way for the rest of the classes

The J80 monotypes opened the sports calendar of the Monte Real Club de Yates for this 2018, a program that includes a total of 15 competitions. After the Infinitus Rent Trophy, held between January and March, April will be the month of the Comunica Trophy and the Repsol Trophy, the traditional spring regatta that the club has been holding for more than 40 years.

The classic 6m sailboats will be the protagonists of the month of May, in the regatta 525 anniversary of the arrival of the caravel La Pinta; and in June the Galician Championship of Solitaires and Two will be held in Baiona. The club’s two major events, the Conde de Gondomar Trophy and the Príncipe de Asturias Trophy, maintain the same dates as in previous years, and will be held at the end of July and the beginning of September.