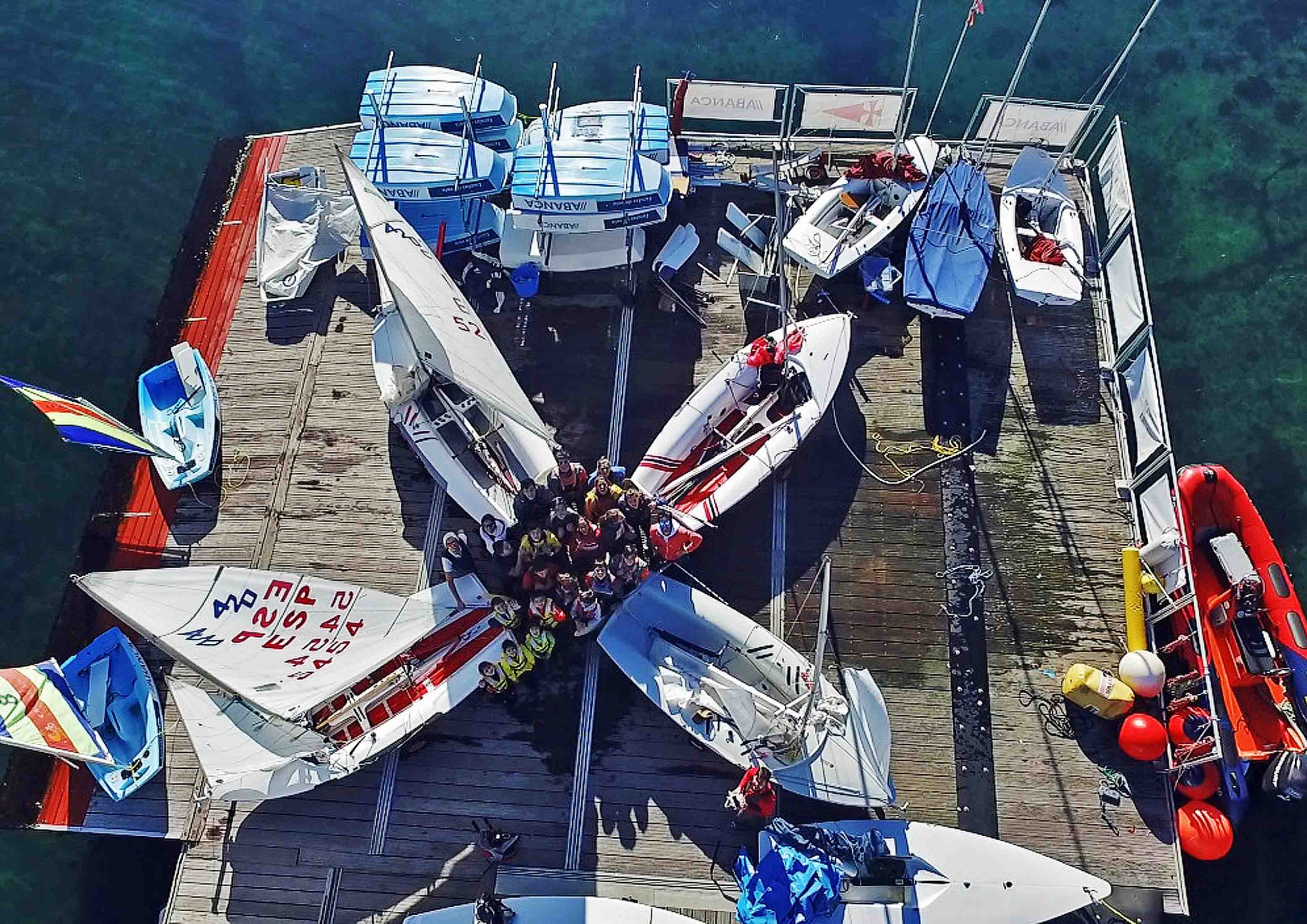 The tightening of the restrictions derived from the serious situation of COVID19 in Galicia has forced the temporary suspension of the activity of the Monte Real Club de Yates Sailing School.

The new regulations approved by the Xunta de Galicia and published yesterday, Tuesday, in an extraordinary edition of the Official Gazette of Galicia , further restrict the practice of sports in our community and make it impossible to maintain courses and activities as usual.

To the obligation to maintain the safety distance, wear a mask at all times, not exceed the perimeter closures of the municipalities, comply with the “curfew” set at 10:00 p.m. and not use changing rooms or classrooms, now add the demands that all activities be exclusively outdoors, keeping all indoor facilities closed; and are practiced only individually.

The obvious repercussions that this has on the Sailing School have forced the club to suspend its activity until the restrictions are relaxed and allow courses and training to resume normally, at which time an attempt will be made to recover the classes that have been lost during this January.

The Baitra J80 Winter League, included in the group of regional sports competitions that have been suspended due to COVID19, is also still on standby without having a return date set for the moment.

From the Monte Real Club de Yates we hope that you are all well and that the serious health situation in which Galicia finds itself today can be resolved, with the support and help of all, as soon as possible.

3.15. Sports activity and federated sports competitions and their training.

1. The practice of non-federated physical and sports activity may only be carried out outdoors individually or with people living together and with the use of a mask.

2. Sports competitions at the regional level are suspended. The corresponding training sessions will be subject to the same limitations as the rest of the physical and sports activity provided for in this point, and the existing entry and exit limitations in certain territorial areas and the limitations established on the freedom of movement of people must be respected during regular hours. night.

In the field of official non-professional sports competitions at the state level of sports modalities that may involve contact that are held in the Autonomous Community of Galicia, the following measures will apply:

a) Galician teams and athletes participating in said competitions must carry out training and competition in groups of stable composition and, in any case, must carry out serological tests or similar tests every 14 calendar days.

b) All the members of the expedition of the teams and athletes from other autonomous communities who travel to the Autonomous Community of Galicia to participate in said competitions must carry out serological tests or similar tests at origin for at least between 72 and 24 hours prior to the event/match/competition.

At the same time, they must notify the autonomous health authorities with the same advance notice of the list of the people who are part of the expedition transferred to Galicia, the date and time of arrival in the Galician Autonomous Community and the place of accommodation, as well as the type of test. COVID-19 detection tests to which said persons have been subjected.

The planned measures must be understood within the necessary respect for the powers of the state sports and health authorities, so they will be applicable as long as they are compatible with those adopted by said authorities and as long as there are no mandatory measures arising from them that offer a level of protection. equivalent or similar.

>>>> CHECK THE DOG WITH THE NEW RESTRICTIONS HERE