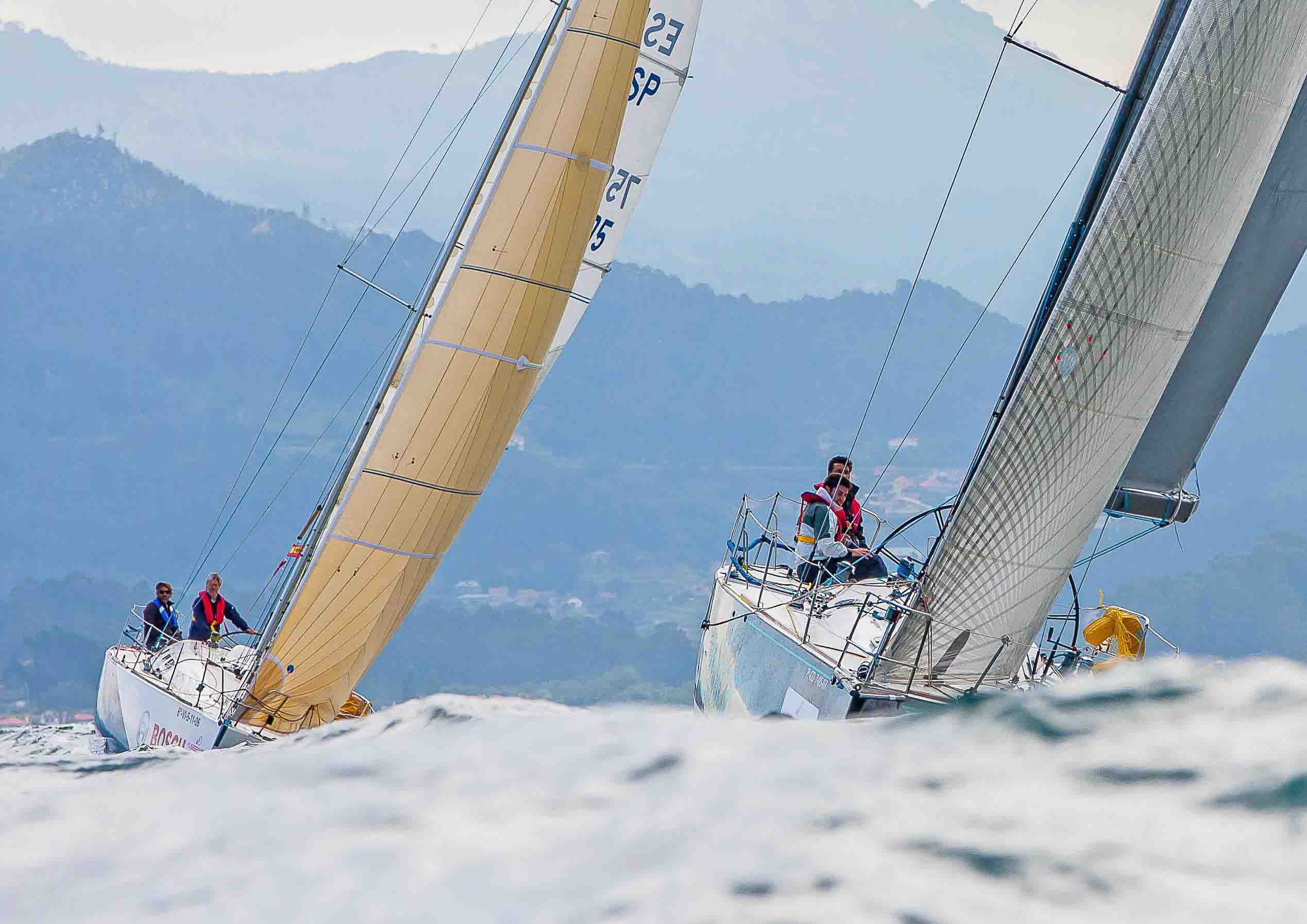 More than twenty sailboats will compete this Saturday from eleven in the morning in the Rías Baixas Gallegas in one of the most exciting and complicated tests of the season in Galicia, the Galician Two-Handed Championship – Prima Vinia Trophy, with a round trip between Baiona and the island of Ons.

Although initially it was planned that the Galician Solitary Championship would also be put into contention, the difficulties in completing the event without a support crew have left the solitaire category deserted for yet another year, a regatta not suitable for non-adventurers, who neither It was played in 2018.

Complicated weather will also be added to these difficulties this Saturday, with a fairly low wind that will force the crews of two sailors to do their utmost to complete the 30-mile route before the maximum stipulated time.

It will undoubtedly be a challenge for the participating sailboats, which exceed twenty pending registration, from clubs such as the Monte Real Club de Yates, the Real Club Náutico de Vigo, the Club Marítimo de Canido or the Bouzas Maritime Lyceum.

In the fight for the title we will see some regulars of these more adventurous tests such as the Clínicas Gaias of José María Peinó and Ramón Quiroga, of the Real Club Náutico de Portosín; or to the couples formed by Victor Carrión and Ana Sardiña, aboard the Bon III; and Jacobo Vecino and Brenda Maure in Salaño Dos; both from the Real Club Náutico de Vigo.

The list of outstanding skippers includes, among others, the Portuguese Rui Ramada and the Vigo Ramón Ojea, who on board the Swan 45 Yess Too (Monte Real Club de Yates) and the Elan 37 Bosch Service Solutions (Club Marítimo de Canido) will treat to win the championship.

There will also be a significant number of J80s, most of them from the one-design fleet of the Monte Real Club de Yates. Thus, we will see on the water the Namasté by Luis de Mira and Javier Torroja; Javier Valente and Pablo Franco’s Cunichán; to Luna Nueva by Juan Luis Tuero and Rogelio Torres; the Mondo of the Portuguese Bernardo Macedo and Guillerme Castelo; or Cansino by Fernando Yáñez and Ignacio Sánchez Otaegui; the Maija by José Luis Pérez and Miguel Larrán; or the Pazo de Cea, skippered on this occasion by Willy Camaño and manned by Juan Lago. Jacks from other clubs will also participate, such as Ay Carmela of Juan Martínez Pazó and Rafael Martínez-Almeida, who will run through the Liceo Marítimo de Bouzas.

If the wind helps, the forecast is that the first sailboats will begin to cross the finish line around six in the afternoon. The test, organized by the Baiona club by delegation of the Royal Galician Sailing Federation, is dedicated to the one who was president of Monte Real for more than 40 years, Mr. Rafael Olmedo Limeses, and can be followed on computers, tablets or mobiles through the website www.mrcyb.es.