The Monte Real brings together sailing history to commemorate the Arribada 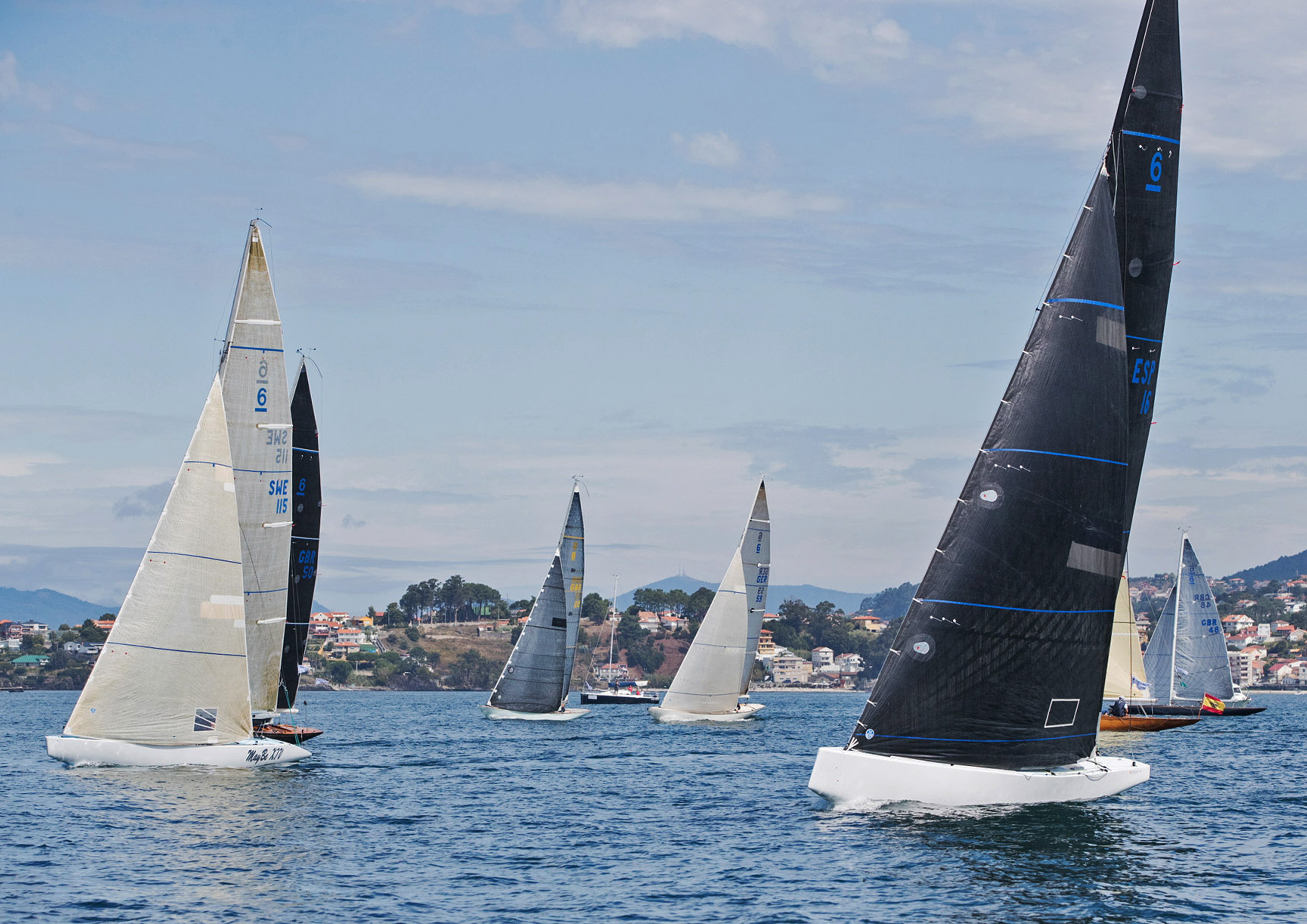 The Monte Real Club de Yates will bring great figures of sailing in Spain to Baiona this weekend to commemorate that the Galician fishing village was the first in the old world to receive the news of the discovery of America. The Arrival of Pinzón to Baiona aboard the caravel Pinta, in 1493, has been the perfect excuse to bring together, 525 years later, historic sailors around a classic boat competition.

Among them we will see a history of Spanish sport, the Olympic sailor Jane Abascal, one of the first gold medalists in an Olympics (Moscow, 1980, in the Flying Dutchman class). The 66-year-old from Santander has also been the Spanish champion of the Snipe class, the Vaurien world champion and, in 1994, he received the Gold Medal of the Royal Order of Sports Merit. After haggling with King Juan Carlos last September in the Prince of Asturias Trophy, Abascal returns to Baiona to take charge of Bribón Movistar .

The new Rogue XVI , which debuts tomorrow, Saturday in competition, will be taken care of by one of its main promoters, Galician Pedro Campos, another of the national sailing legends and the only sailor to have won five consecutive world championships. The president of the Real Club Náutico de Sanxenxo is an old acquaintance from Monte Real, of which he is also a member, as he was the patron of the first Spanish team to participate in the Copa América after the challenge presented by the club from Baiona. In the 525th Anniversary Regatta , he will focus on testing all the technological innovations that have been added to the new Rogue , such as a 14-meter fiberglass pole or a steering wheel that replaces the usual rod.

Campos en el agua will have to deal with another legend, also Galician, Javier de la Gándara, from Vigo, who will take command of the Aída, a 1939 ship that has been the fastest in the German fleet of its class . After several seasons focused on regattas in the J80 class, Gándara now enters the 6-meter class with the aim of demonstrating, once again, his great ability to masterfully control any type of sailboat. In his youth he stood out in 420 and Snipe, and over the years he added marks to his record in different boats and competitions. His speed record in the Tour of the World in 1989, his victory in the Rolex Fastnet Race in 1993 and also in the Tour of Europe explain why he is one of the most successful sailors in the world.

Along with Campos and De la Gándara, there is a third Galician skipper whose sports curriculum gives him a prominent place in the competition, Miguel Lago from Vigo. Winner of the Fastnet Race on the Galicia 93 Pescanova and a Tour of Europe aboard the WOR 60 ocean class, Lago can also boast of having achieved three victories in the prestigious Sardinia Cup and several world championships. He has sailed on the Telefónica , has been a crew member on the Bribón , and has crossed the Atlantic on more than one occasion. Completed the Route of Discovery aboard the Santa Maria, the first catamaran built entirely in Spain; and years later, in 2013, he repeated the feat aboard the VO70 MAPFRE, with which he managed to set a new record on the route, crossing the Atlantic Ocean between Palos de la Frontera and San Salvador in 11 days 7 hours. 38 minutes and 40 seconds.

In the Regatta of the 525th Anniversary of the Arrival of the Caravel Pinta to Baiona , Lago will compete leading the crew of the Alibabá II, the sailboat of the British owner Peter Dubens, of the Royal Thames Yacht Club, with which two years ago he won the Prince Trophy of Asturias.

Among the rest of the skippers will be the naval engineer Iñigo Echenique aboard the Caprice , from the Club Marítimo de Canido, a ship restored after it was found abandoned in a chicken coop. Cesar Elizaga will take charge of the Ian , a ship from 1929, one of the oldest in the fleet; and the commander of Iberia Mauricio Sánchez-Bella will do the same with the Titia , which last year was proclaimed runner-up in the world. The Evelina of the Finnish Henrik Anderson or the Mena will be other boats that enter the competition.

The tests of the Regatta 525 Anniversary of the Arrival of the Caravel Pinta will begin tomorrow Saturday at half past twelve in the Bay of Baiona and, thanks to the proximity to the coast of the regatta field, they can be seen from the sandbanks and mountains more next.