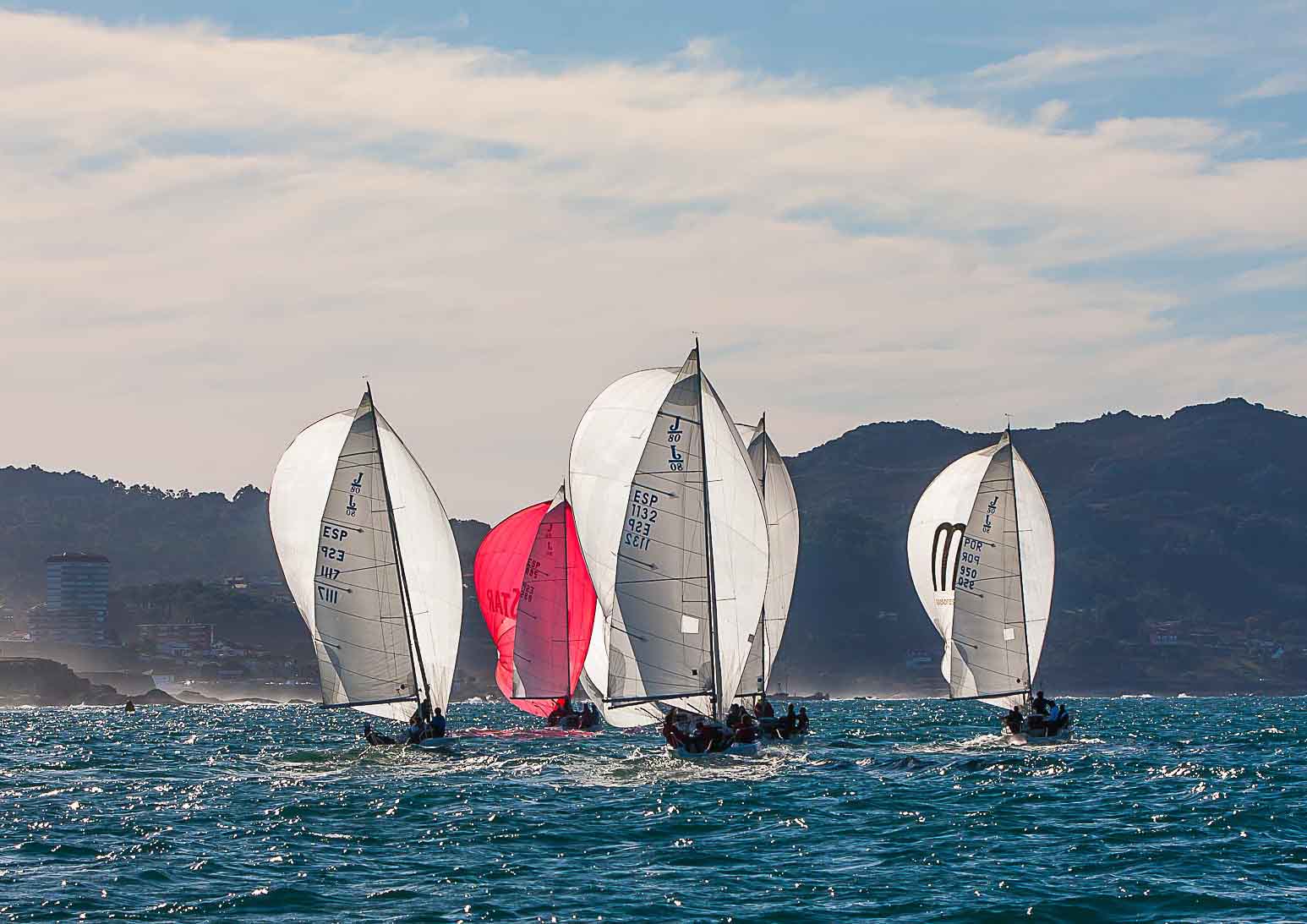 · With the arrival of spring, the winter one-design competition organized by the Monte Real Club de Yates is now in its final stretch

· Javier de la Gándara’s Okofen will arrive tomorrow, Saturday, at the penultimate matchday at the top of the standings and 7 points behind their closest rivals

Fernando Yáñez’s El Cansino and Luis de Mira’s Namasté, tied on points in second and third position, will try to establish themselves on the podium

With the arrival of spring, just inaugurated this week, the J80 Winter League of the Monte Real Club de Yates now faces its final stretch with the celebration, this Saturday, of the penultimate day of tests.

The Okofen, led by Javier de la Gándara, is the best-placed sailboat in the provisional classification after the victory it achieved the previous day, in which it took the lead from Fernando Yáñez’s Cansino.

They are followed, at a certain distance, and tied on points, by Cansino and Namasté, skippered by Luis de Mira. They occupy, respectively, the second and third position and are, to date, the crews with the most options to snatch the championship gold from Gándara.

Tomorrow, Saturday, starting at three in the afternoon, we will again see the ten J80 participants fighting to climb positions in the classification towards the podium. The regatta committee plans to start three tests of the windward-leeward type in a regatta field that will be located inside the bay of Baiona.

The weather forecast announces north-northwest winds that will shift to pure north as the hours go by, and that will blow with an intensity of between 6 and 9 knots, which will allow the fleet to navigate without problems.

In addition, the sun will shine, which will allow the public that comes to the Monte Boi peninsula or the surrounding beaches to enjoy the competition.