The III Solidarity Vertiathlon of Baiona looks for volunteers 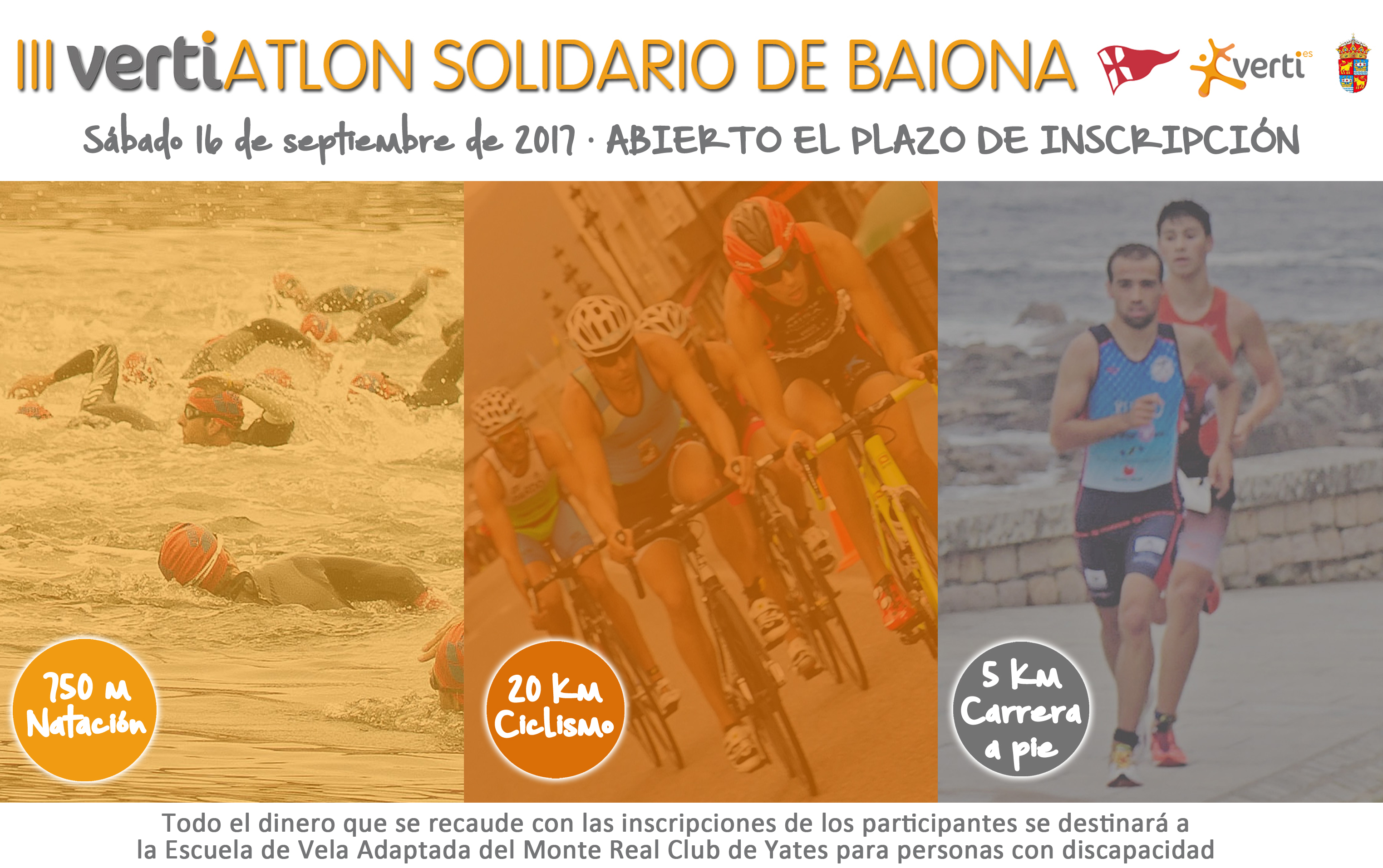 Baiona, September 5, 2017.- The Baiona City Council is looking for volunteers to participate in the organization of the III Solidarity Vertiathlon, which will be held next Saturday, September 16, with the aim of collaborating with the Adapted School for people with functional diversity of the Monte Real Yacht Club.

The volunteers, who must be over 16 years old, will be in charge of various logistical tasks for the competition, such as attending to athletes, controlling crossing points, supplies or health care. All those people who want to collaborate can register from today at the Baiona sports pavilion, by calling 986 356 558. Your effort will be rewarded with a t-shirt and participation in the final party of the event.

The third edition of the Solidarity Vertiathlon will once again be of the sprint type. Participants must swim 750 meters in the waters of the bay, pedal almost 20 kilometers through the streets of Baiona and run 5 kilometers around the Parador Nacional. Participating in this solidarity event, for which the registration period is still open, will cost 25 euros for federated athletes and 30 for non-federated athletes. The youngest athletes, from the cadet class, will be able to participate for free if they are federated and paying 6 euros if they are not.

All the money raised from registrations will go to the Monte Real Adapted Sailing School, where people with functional disabilities from different Galician associations sail throughout the year. More than 200 people participated in the last edition of the Vertiathlon and nearly 5,400 euros were raised. This year, among the participants, there will also be a draw for limited edition sneakers signed by Usain Bolt. They are a replica of those used by the eleven-time world champion in his farewell to the slopes this summer in London.