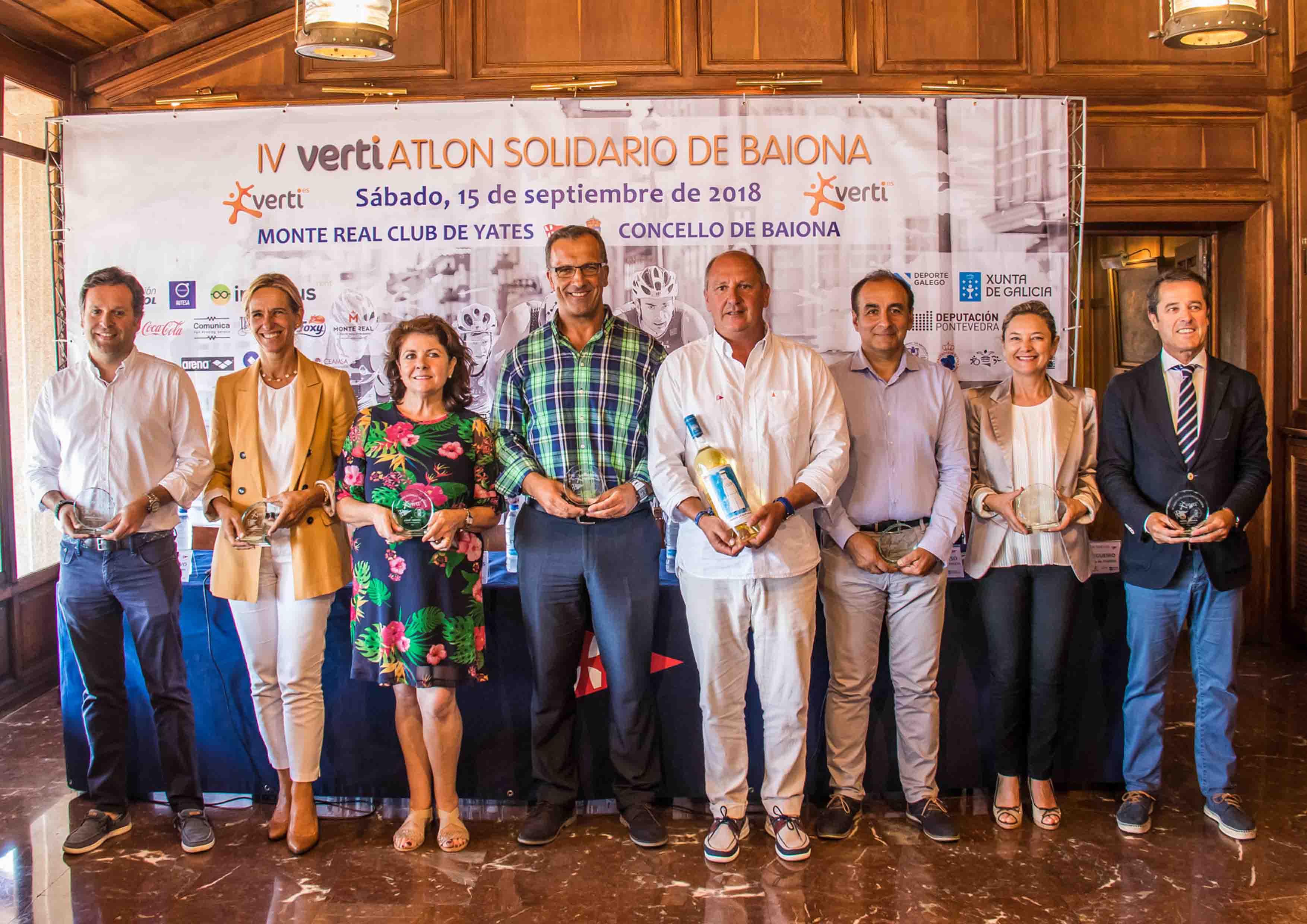 · The Monte Real Yacht Club, the Baiona City Council and the Galician Triathlon Federation, sponsored by Verti Seguros, organize the swimming, cycling and running events that will take place in the bay and various streets of the town

Coinciding with the event, the 4LL will be presented, a new model of adapted boat designed by Javier Cela from Ferrol and built by the Rompeolas Boats shipyard with which you can navigate in a wheelchair 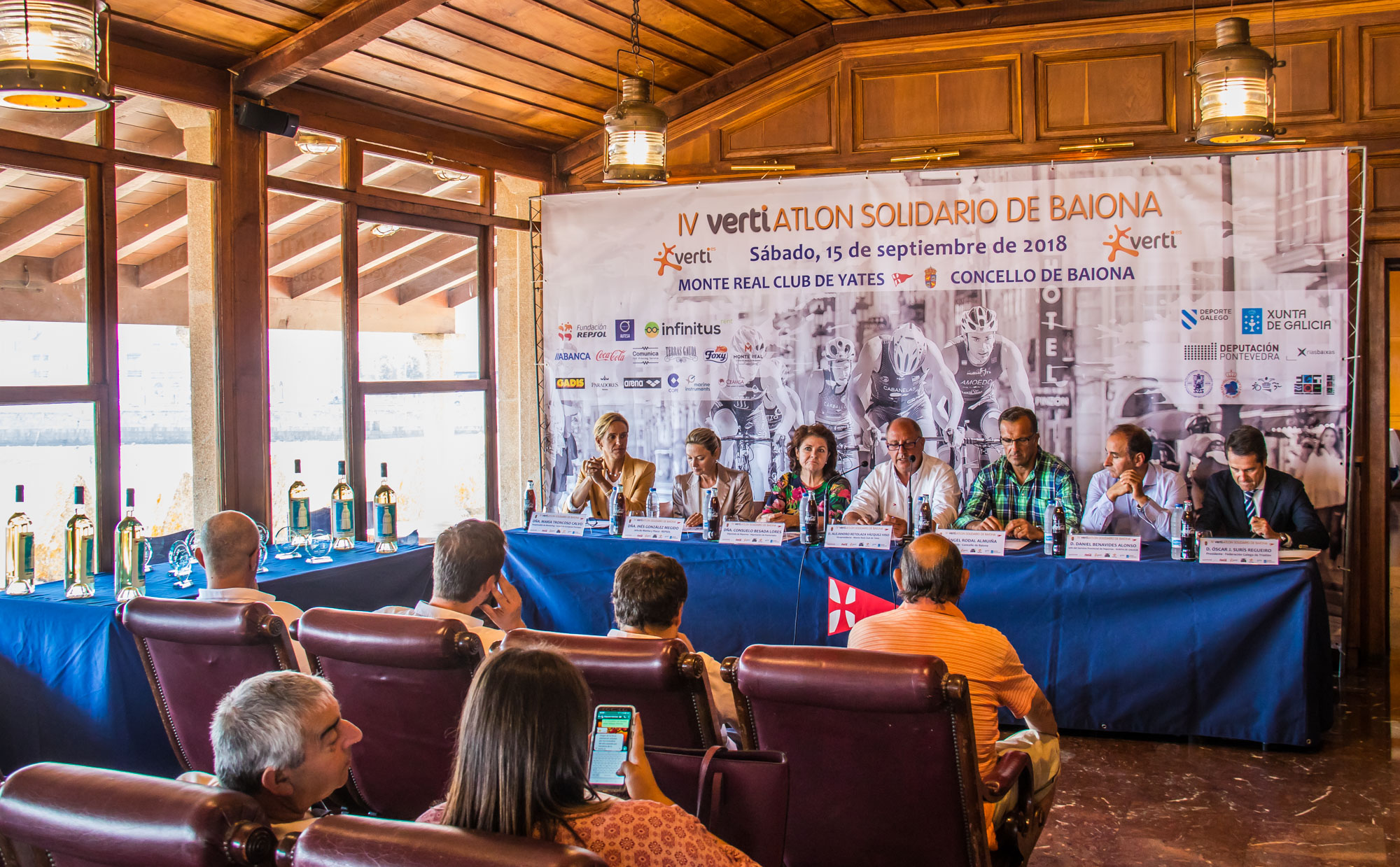 More than 200 athletes will participate next Saturday in Baiona in a new edition of the Vertiathlon, a sports and charity competition that unites sailing and triathlon for a charitable cause, that of raising funds to promote adapted sailing for people with functional diversity.

The Monte Real Club de Yates, the Baiona City Council and the Galician Triathlon Federation, sponsored by Verti Seguros, are organizing for the fourth consecutive year a test in which the participants must complete a sprint triathlon, 750 meters swimming, 20 kilometers running. bike and 5 km run.

The fishing village of Baiona will once again be the setting for all the routes, which will begin at four in the afternoon with the first of the challenges, a swim route between the beaches of A Barbeira and A Ribeira. Once stripped of their wetsuit, the triathletes will get on their bikes to travel 20 kilometers on a multi-lap circuit between the Baredo and Santa Marta roundabouts. They will still have to reserve energy for the final 5-kilometer race around the Parador Nacional, which will put an end to the competition.

In the official presentation of the event, held this afternoon at the Monte Real Club de Yates, the vice president of the club, Alejandro Retolaza, highlighted the charitable nature of a race that has been consolidated over the years as an unmissable event in the Galician triathlon calendar.

“The money that we collect with the inscriptions -said Retolaza- allows a large number of people with disabilities of all kinds to get on one of our sailboats to enjoy the sea under equal conditions. They participate in activities that not only facilitate their inclusion in society, but also have a very positive impact on their physical improvement”, assured. 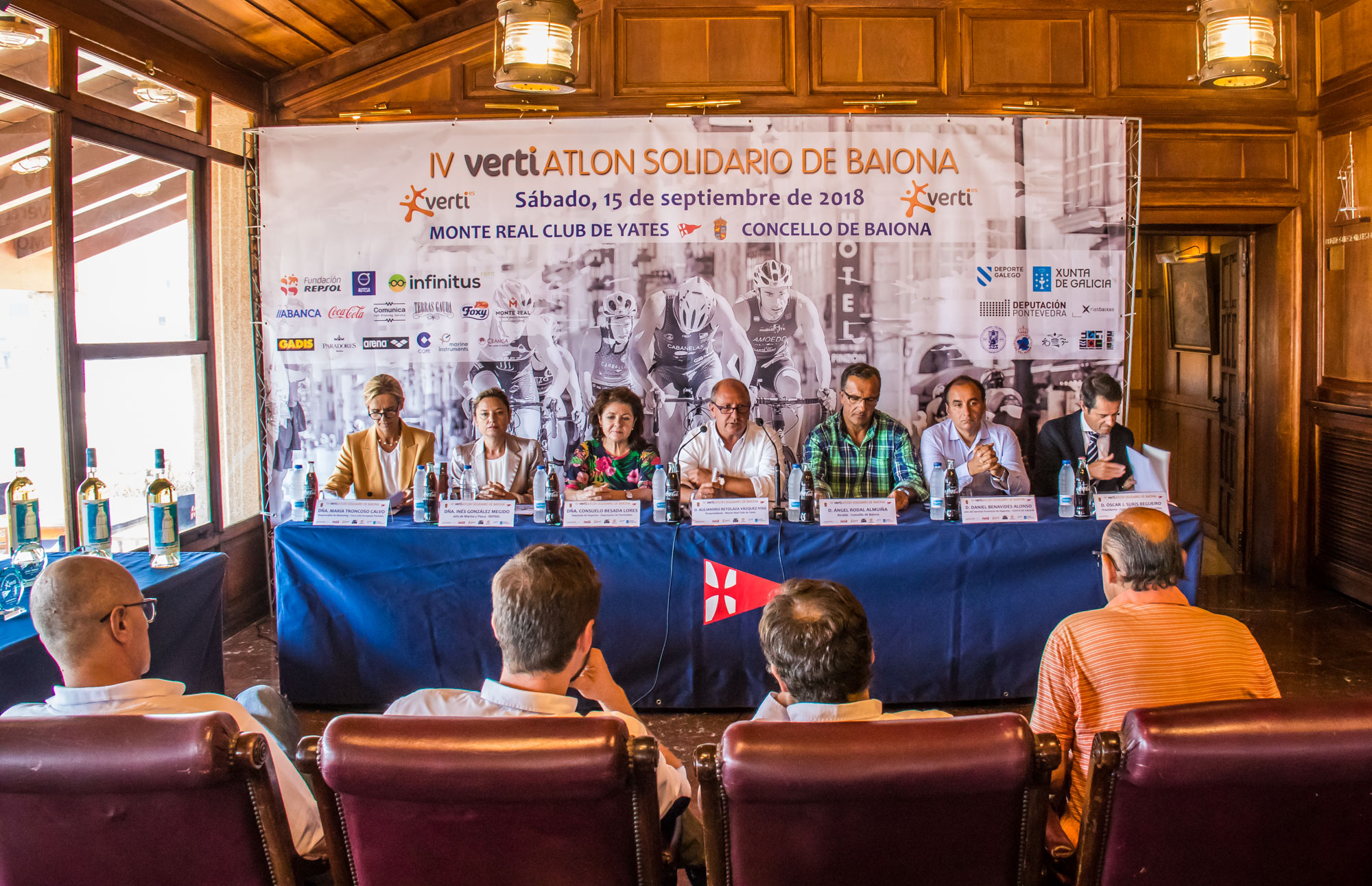 In this edition, the companies Infinitus Rent and Foxy, regular collaborators of the event, have gone further and have offered to contribute the money from all registrations, allowing the more than 200 athletes to compete completely free of charge. For those who are not going to participate in the triathlon but still want to collaborate with the solidarity initiative, a “Fila Cero” account number has been created in which contributions can be made. It is ES92 2080 0559 2330 4000 3658.

Among this year’s participants are some of the winners of the previous edition, such as María Lois, from the Arcade Infohouse Santiago club; o Marta Rial and Marcos González, from the Mar de Vigo Triathlon Club. David Giraldez and Sandra Santodomingo will also repeat, who in 2017 won the award for the best classified in Baiona.

After the tests have been held, the Monte Real Club de Yates will host, at half past six in the afternoon, the awards ceremony for the winners, an act in which the club will also be given a check for the value of all the inscriptions, money that Monte Real will allocate entirely to its Adapted Sailing School.

Created in 2012 under the slogan “Sailing for all”, the school’s main objective is to bring people with functional diversity closer to the sea, so that they can sail under equal conditions, in facilities without barriers and on board adapted boats. The work carried out since then has made her worthy, among other distinctions, of various recognitions both nationally and internationally.

The 4LL: the future of adapted sailing

Coinciding with the celebration of the IV Solidarity Vertiathlon, the Nigrán Rompeolas Boats shipyard will present one of its latest creations at the Monte Real Club de Yates, the 4LL, a new collective and inclusive adapted boat model for people with disabilities designed by Javier from Ferrol Cela. 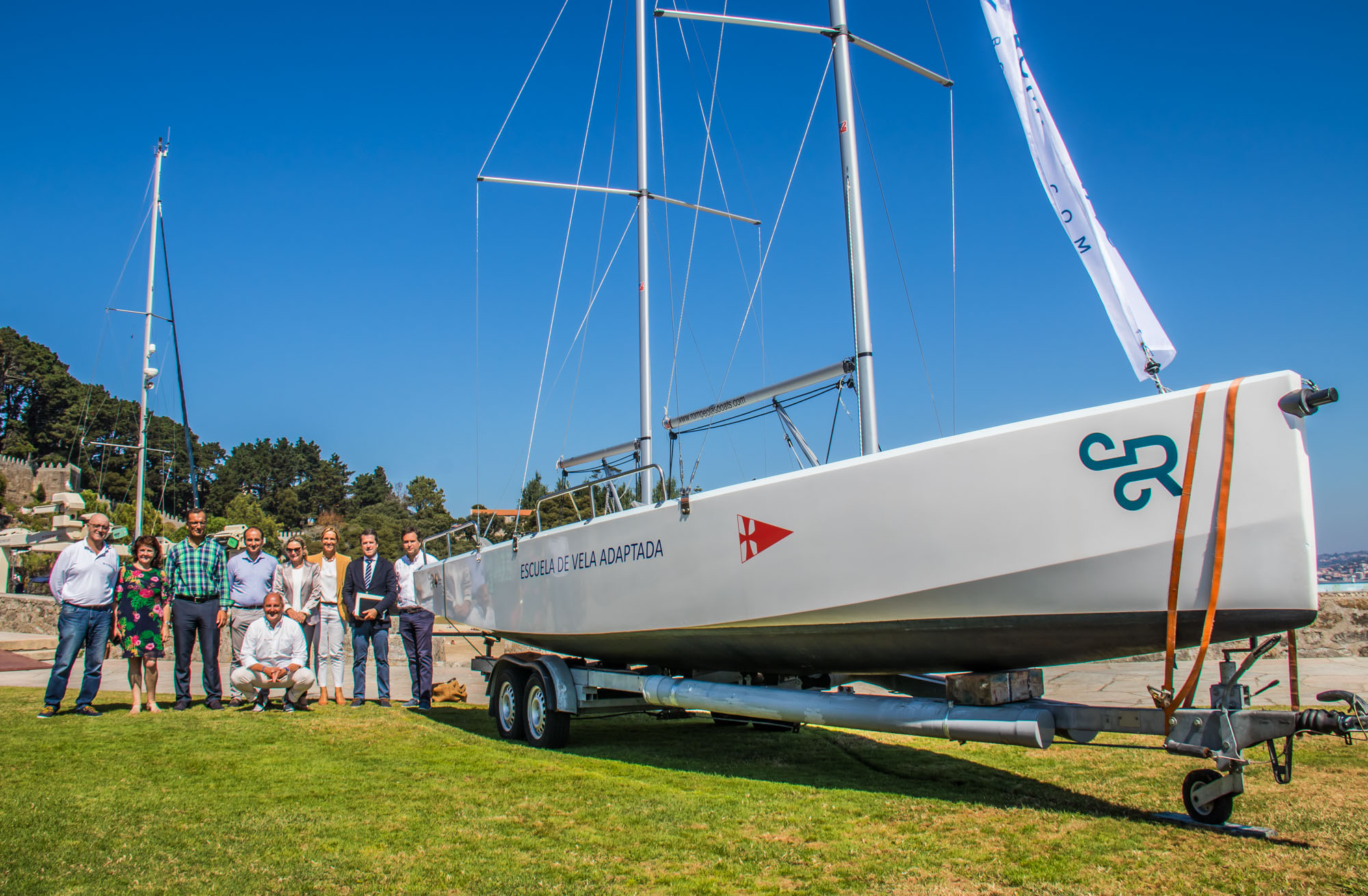 With a length of 7.5 meters and a beam of almost 2.5 meters, the 4LL is a stable, safe and easy-to-handle boat, which facilitates the embarkation and navigation of people in wheelchairs and their transfer to wheelchairs. of navigation existing within the ship itself. After its presentation to the public in Baiona, students from the Adapted Sailing School of the Monte Real Yacht Club will be the first to be able to enjoy the new boat in the waters of the Bay of Baiona. ((( BROCHURE 4LL ))) 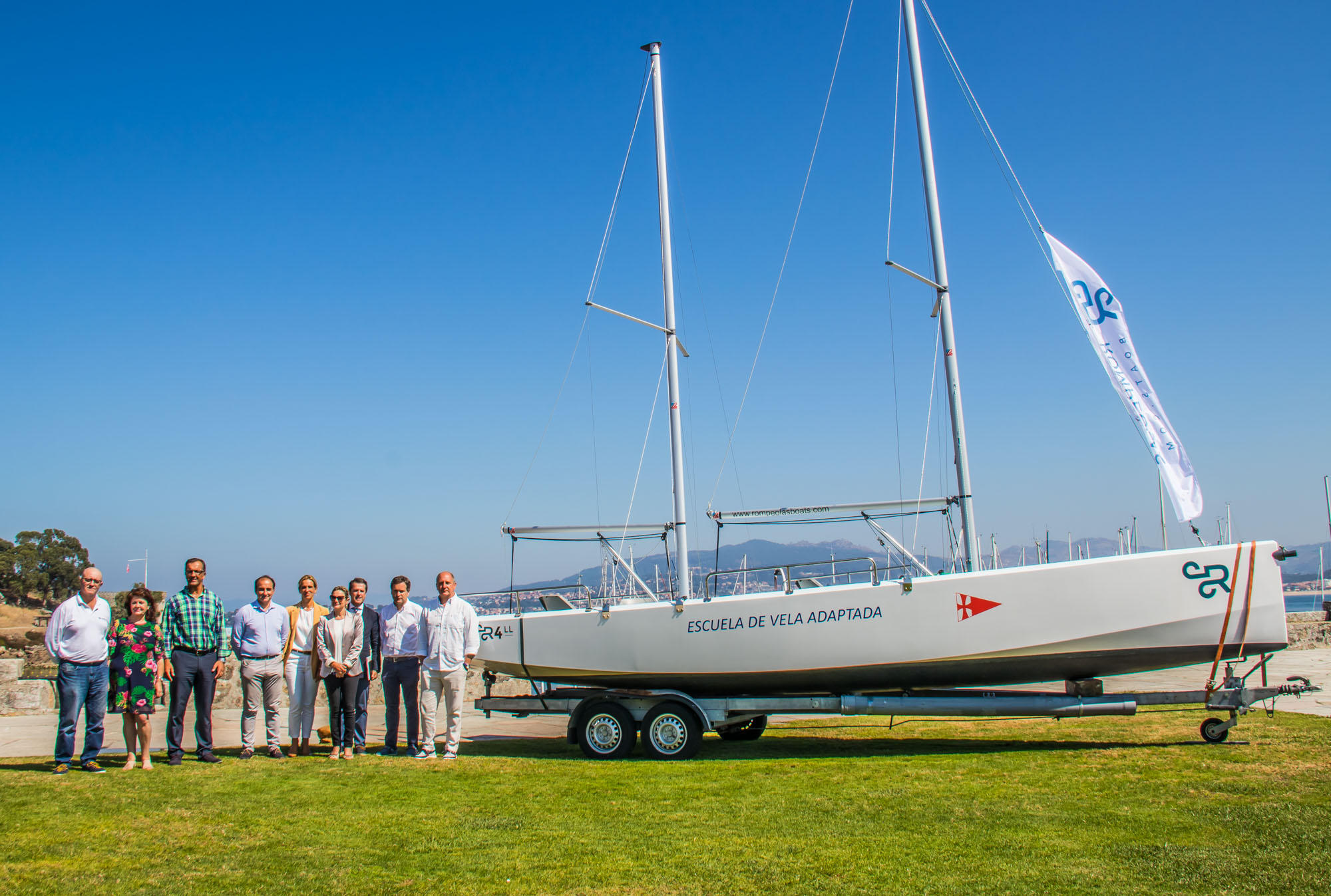 Volunteers: the other way to collaborate

All those who are not going to participate in the IV Solidarity Vertiathlon but want to collaborate with the initiative, may do so by participating in the organization of the event. The volunteers, who must be over 16 years old, will be in charge of various logistical tasks for the competition, such as attending to athletes, controlling crossing points, supplies or health care. To do so, you must register in advance at the Baiona sports pavilion, by calling 986 356 558. Your effort will be rewarded with a t-shirt and participation in the final party of the event.

To guarantee the correct celebration of the Vertiathlon, the Local Police of Baiona will cut off local traffic 550 from the gas station roundabout to the Baredo roundabout, from 3:30 p.m. to 6:00 p.m., diverting all traffic to access and exit from Baiona along the road up to Baíña and along the Virgen de la Roca road. Access to the parking lot and the walled enclosure of the Parador will also be controlled; and the taxi rank will be moved to Brasil street and the public transport stops to the Puga and health center areas. 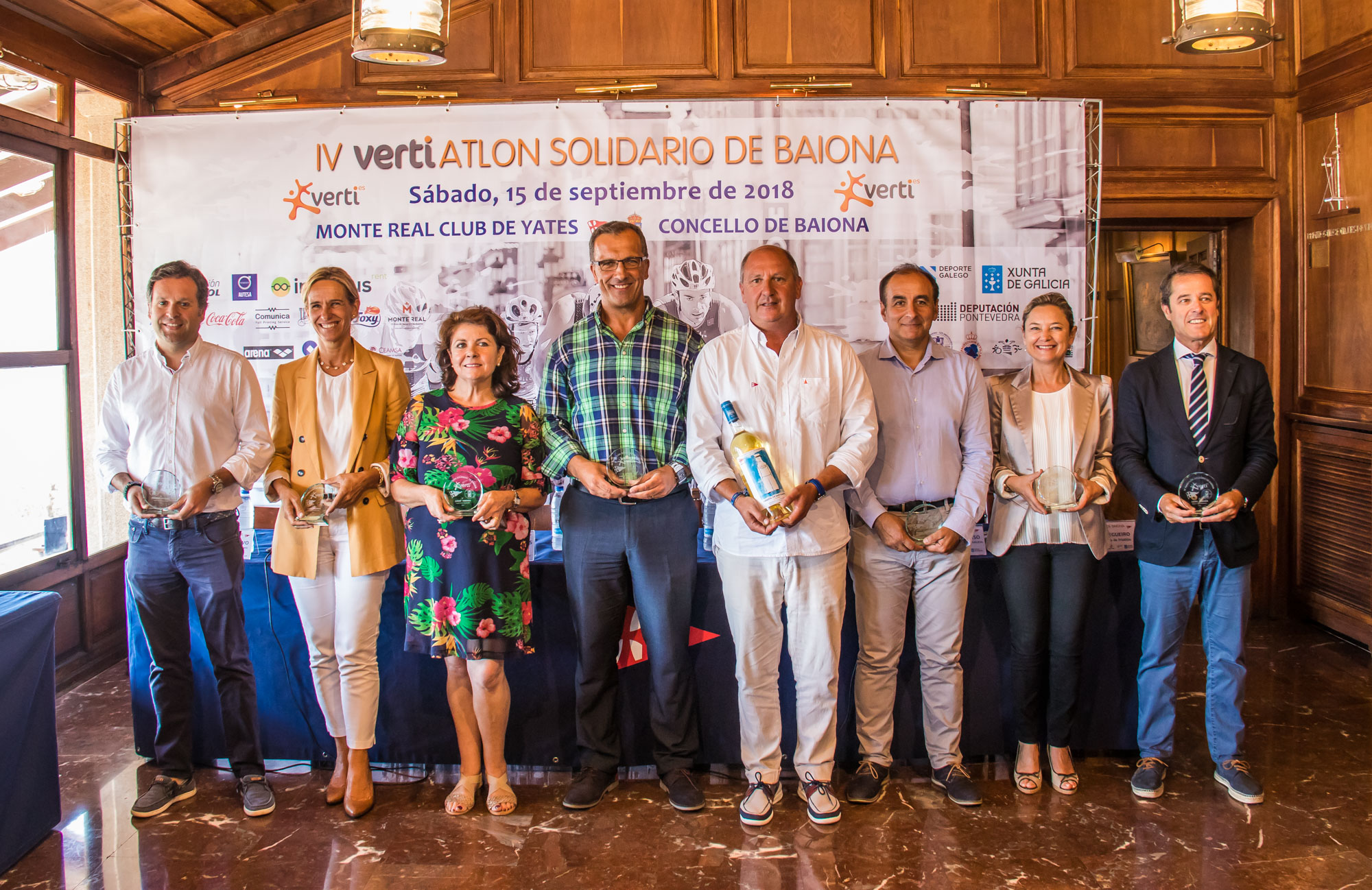 “More than 40 percent of the registrations are one-day licenses, which very clearly represents the popular nature of the test, which is open to all those who want to collaborate with this magnificent solidarity initiative” – Óscar Surís, president of the Federation Galician Triathlon

“Behind the Vertiathlon there is a magnificent job that allows many children and people with disabilities to become intrepid sailors and enjoy the sea under equal conditions” – Daniel Benavides, head of the provincial sports service of the Xunta de Galicia

“Coca Cola has a long history of collaborating with the Monte Real Yacht Club due to the type of initiatives it organizes, behind which there is always something more than sport, in this case solidarity” – María Troncoso, Coca-Cola marketing manager Queue European Partners

“In Spain many triathlons are organized throughout the year, but few or none as special as this one, with a unique landscape environment, in which the participants leave from what is considered the fourth best beach in Spain and complete the tests always next to the sea” – Ángel Rodal, Mayor of Baiona